I'm not finished with the landing gear yet, but thought it would be fun to take a break from that and do some work on the cabin interior. I started with the most basic panel and glare shield parts, then built the control yokes. I've also started on the throttle quadrant, which holds the various engine levers and flight trim controls. 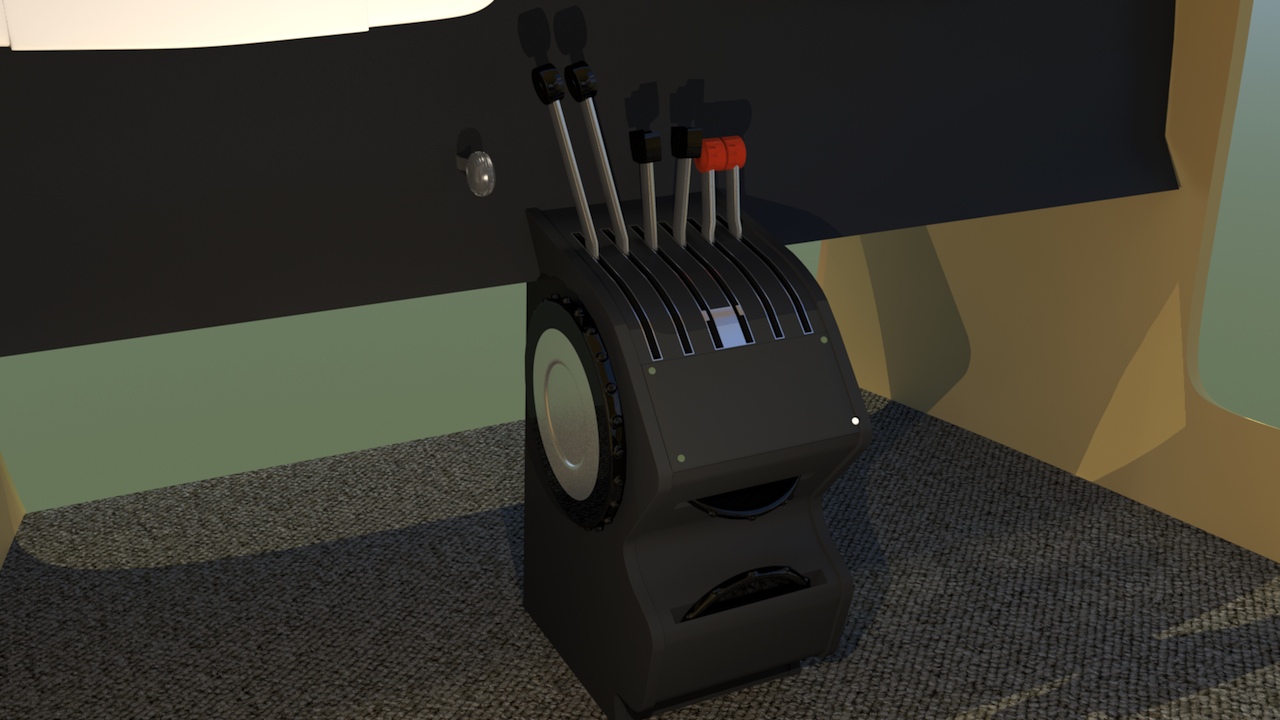 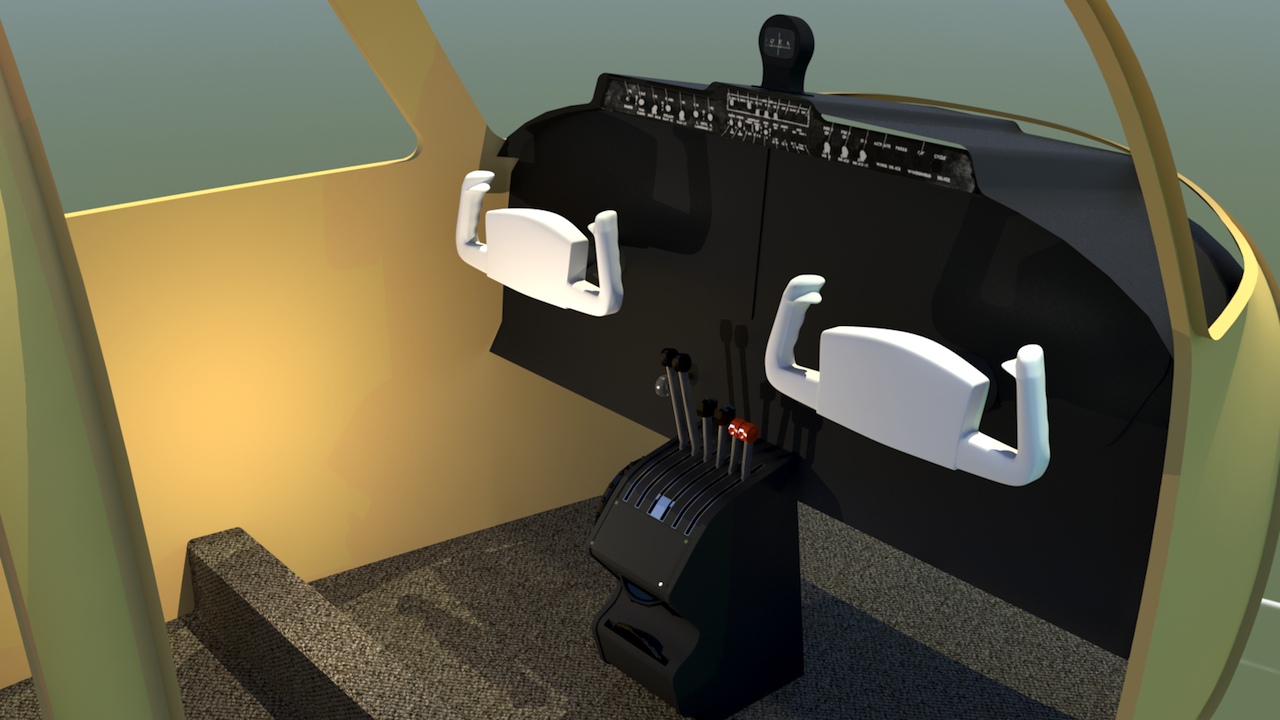 First, I used a great number of boolean cutters to make all the round holes in the instrument panel, for the instruments. Then, I created the "cans" to fit each instrument, with blank front faces. After receiving some great photos of the instrument panel, I imported them into Photoshop and created .png versions of each instrument separately, so they could be placed on the instrument faces, as you see here. There's still some tweaking to do with a few of the UV maps, as well as quite a bit to do on the lower part of the panel, and a variety of screws, knobs and buttons to add, but the panel is well on it's way now. 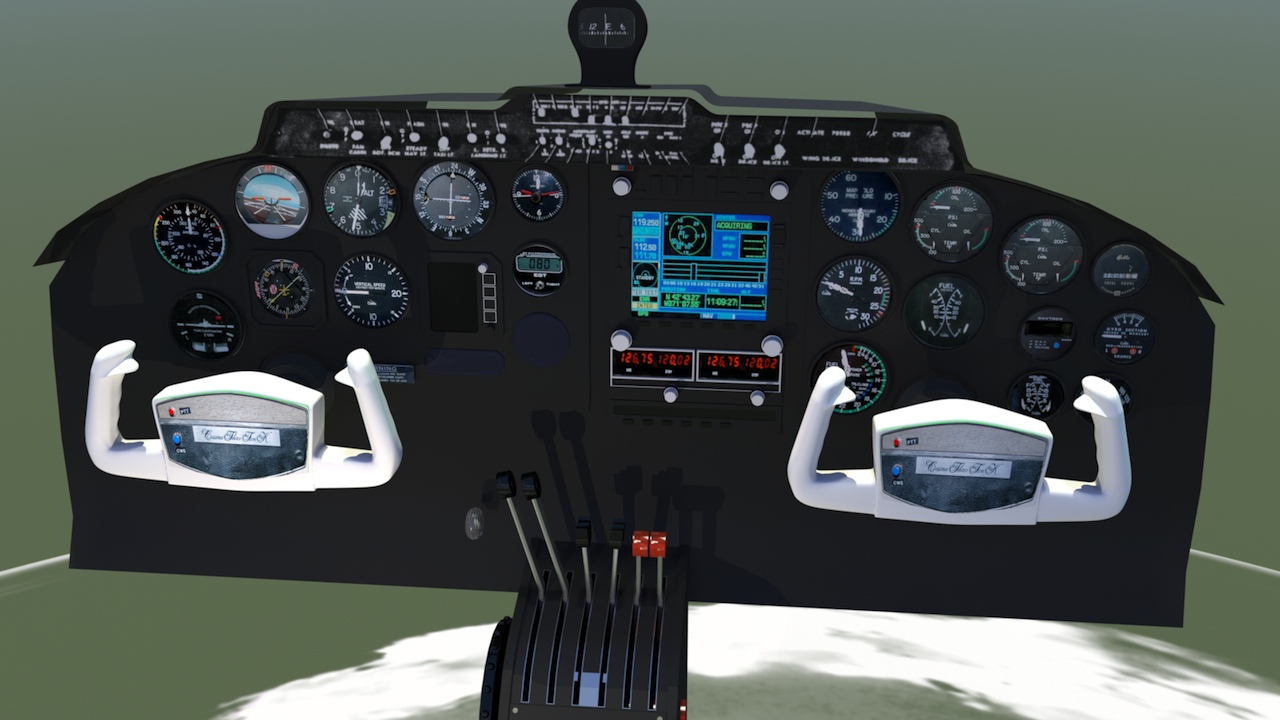 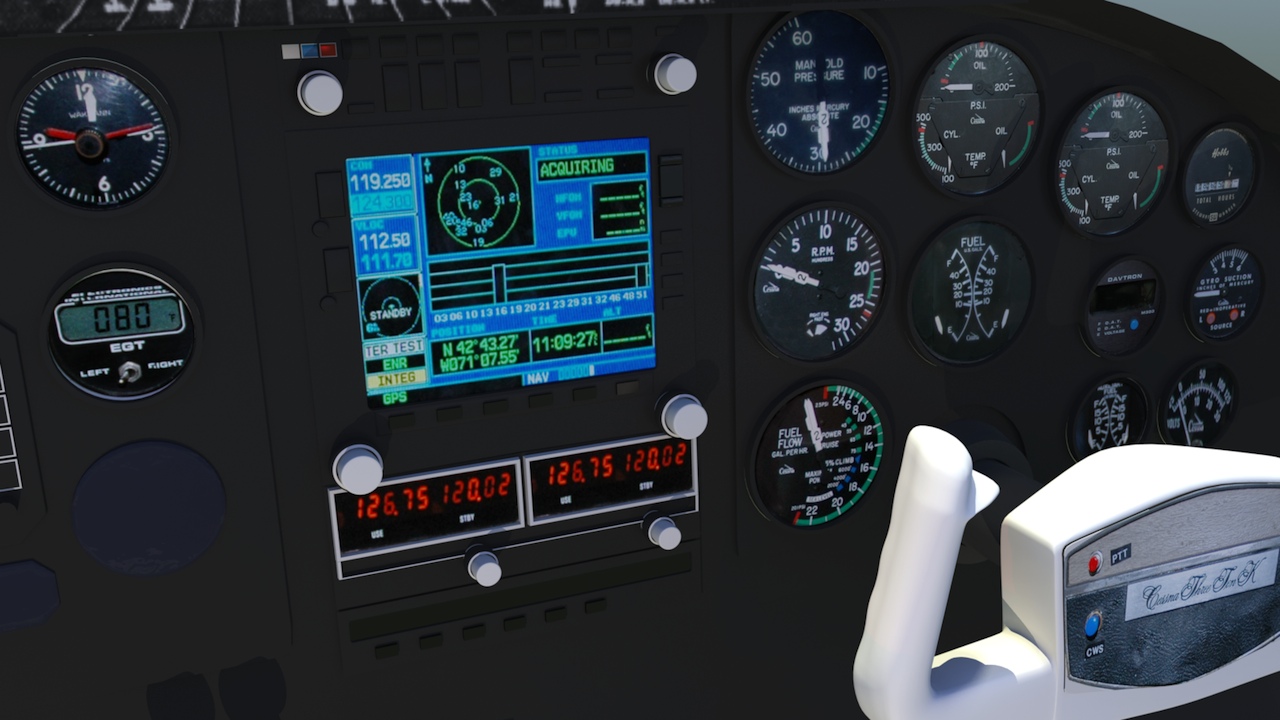 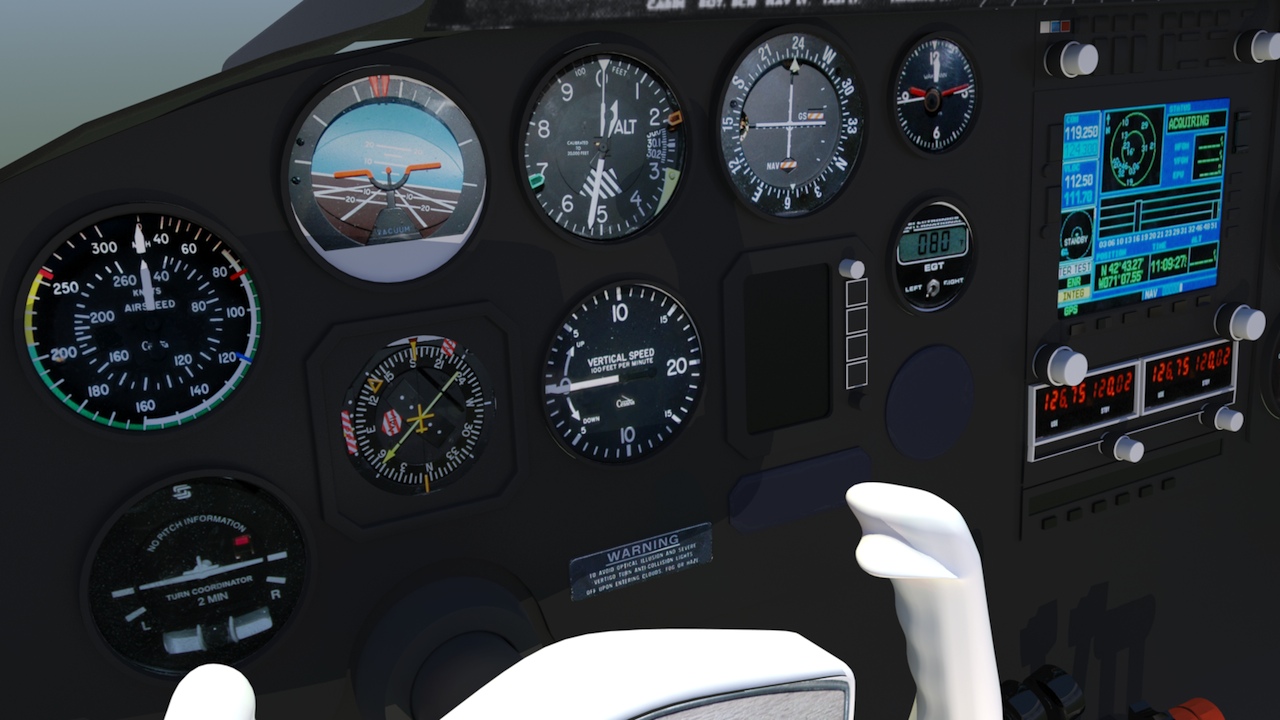 I've added the 3 rows of seats, the rudder pedals, and some instrument panel details... 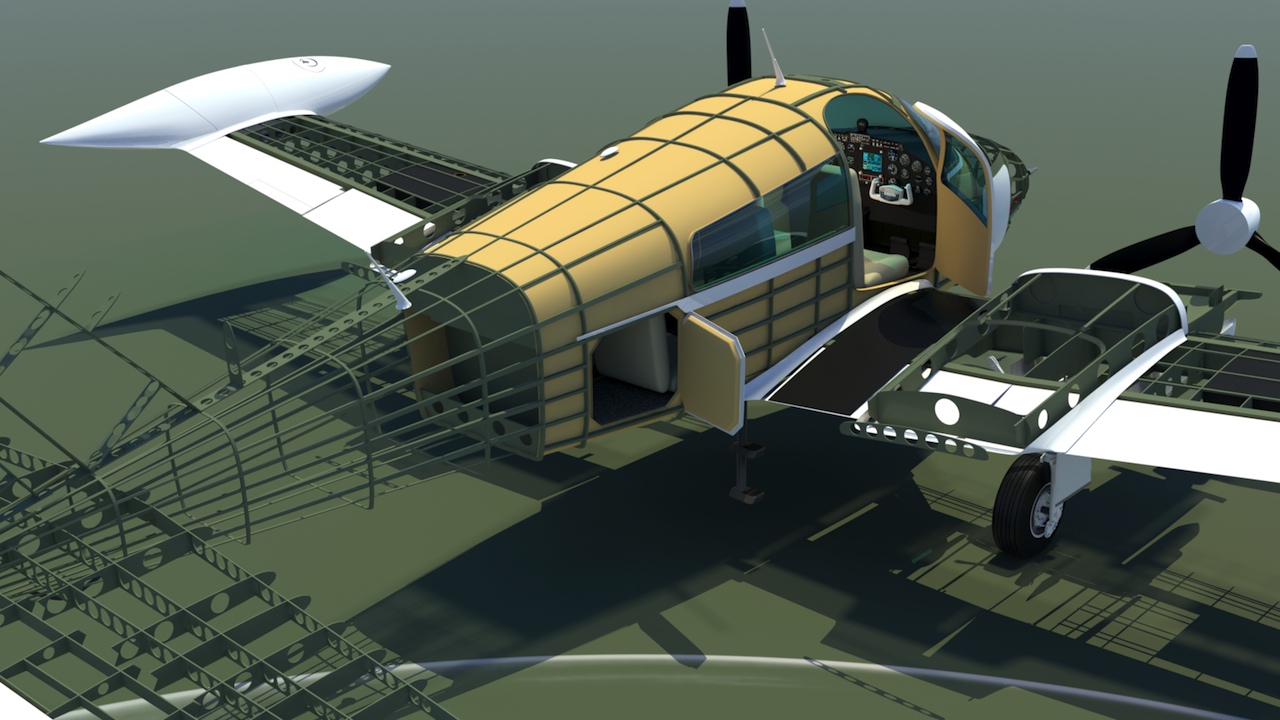 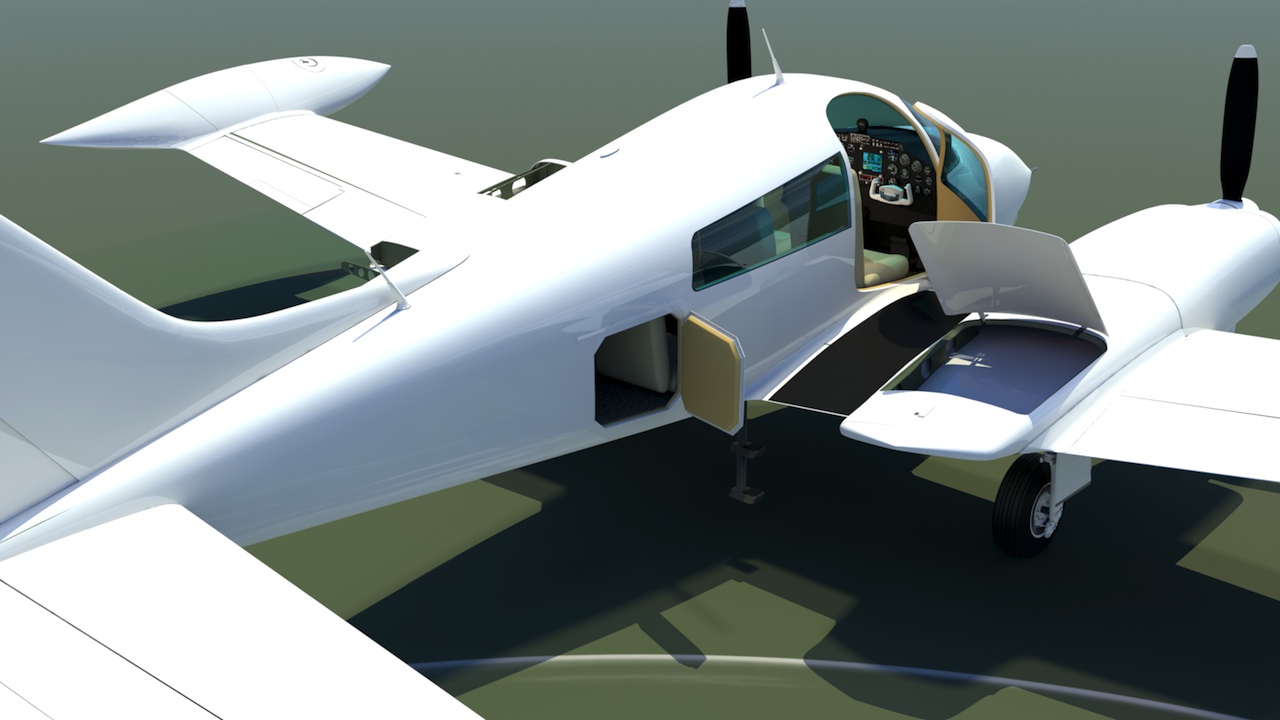 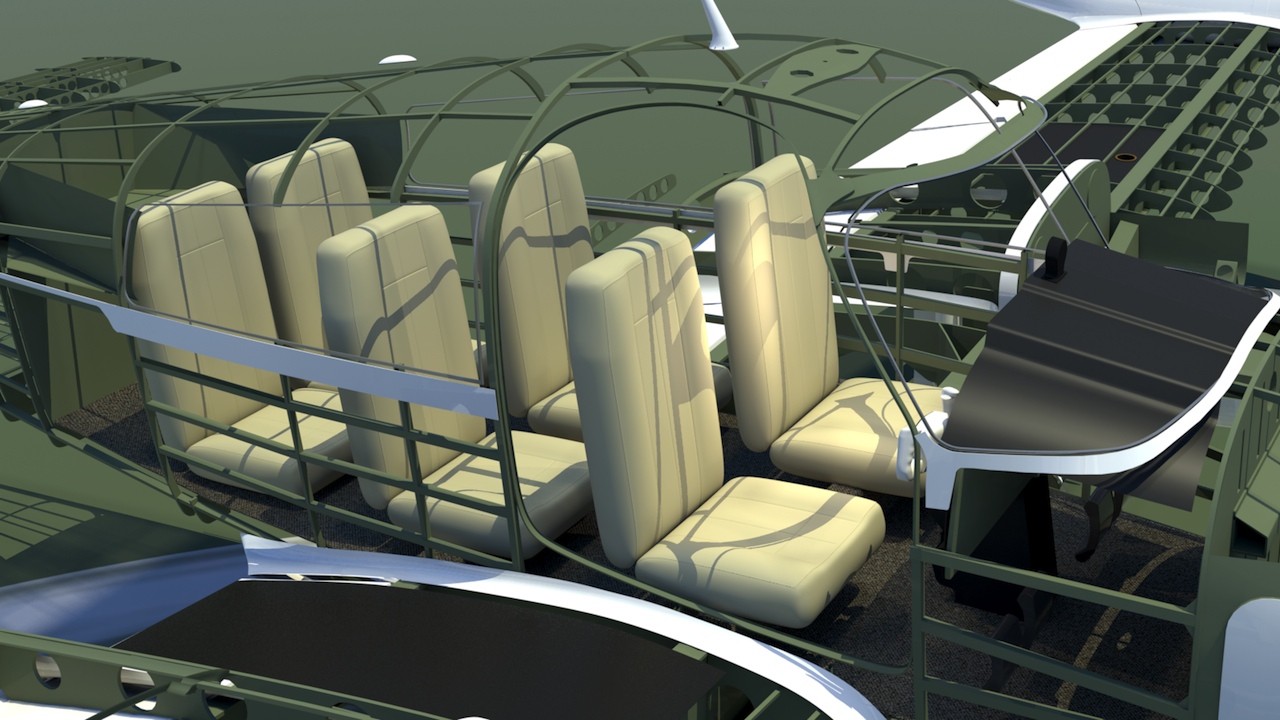 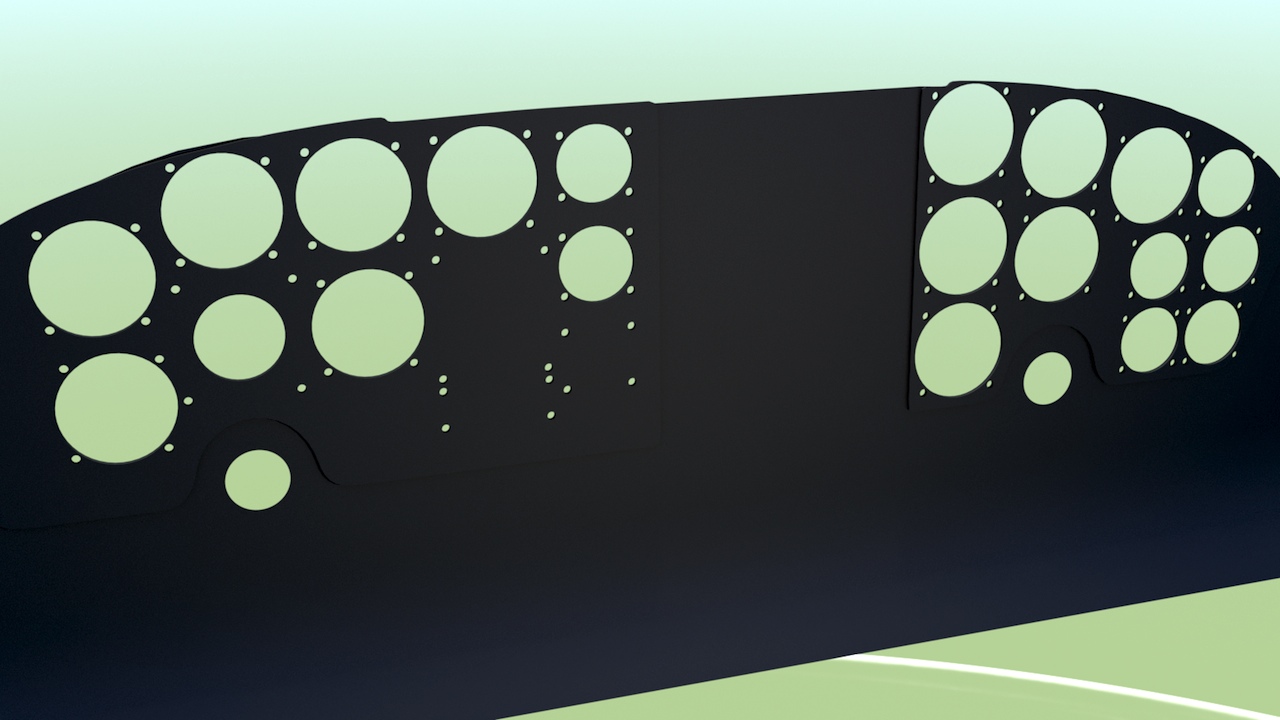 After all the instrument mounting screws were added, the additional instrument knobs, as well as the small lighting posts were added. The toggle switches were added to the top panel, after it was drilled in the same way. Finally, I've added the linkage parts for the rudder pedals, and the aluminum skid plate on the floor. 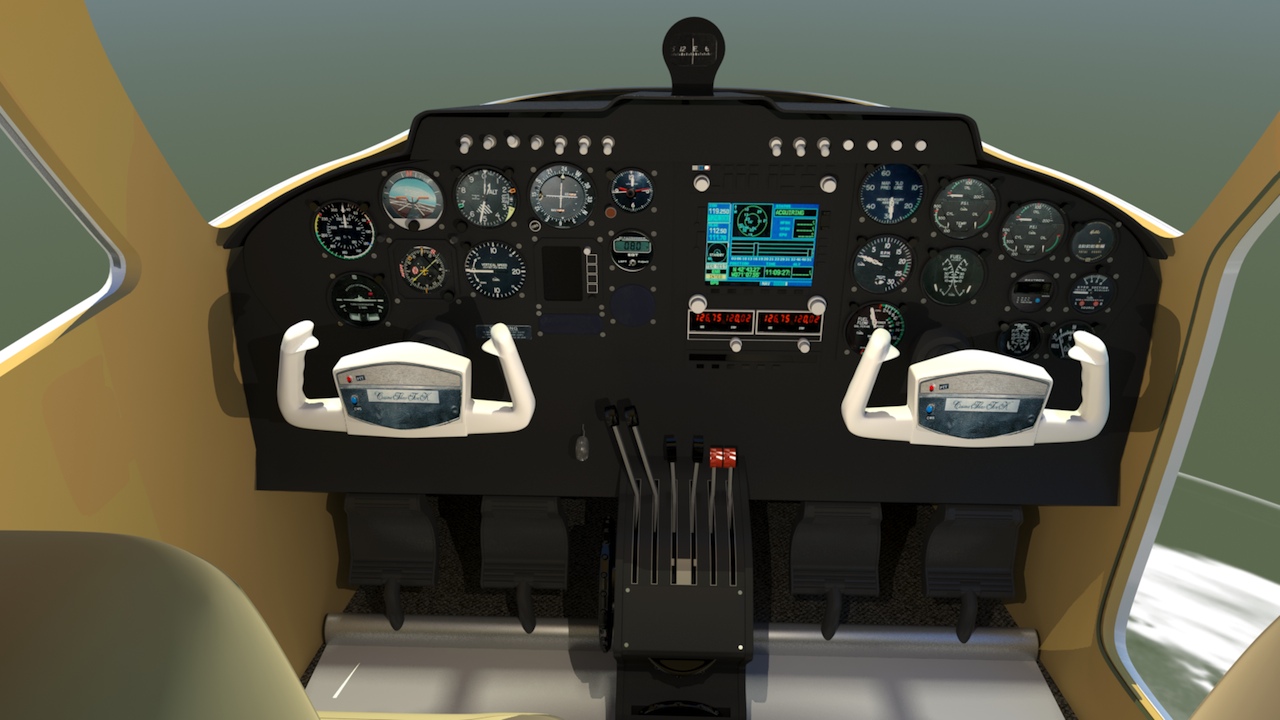 If you'd like to see any of these details better, you can drag these images to your desktop. The ones on this page are restricted to 950 pixels wide, but the images are actually 1280 X 720. 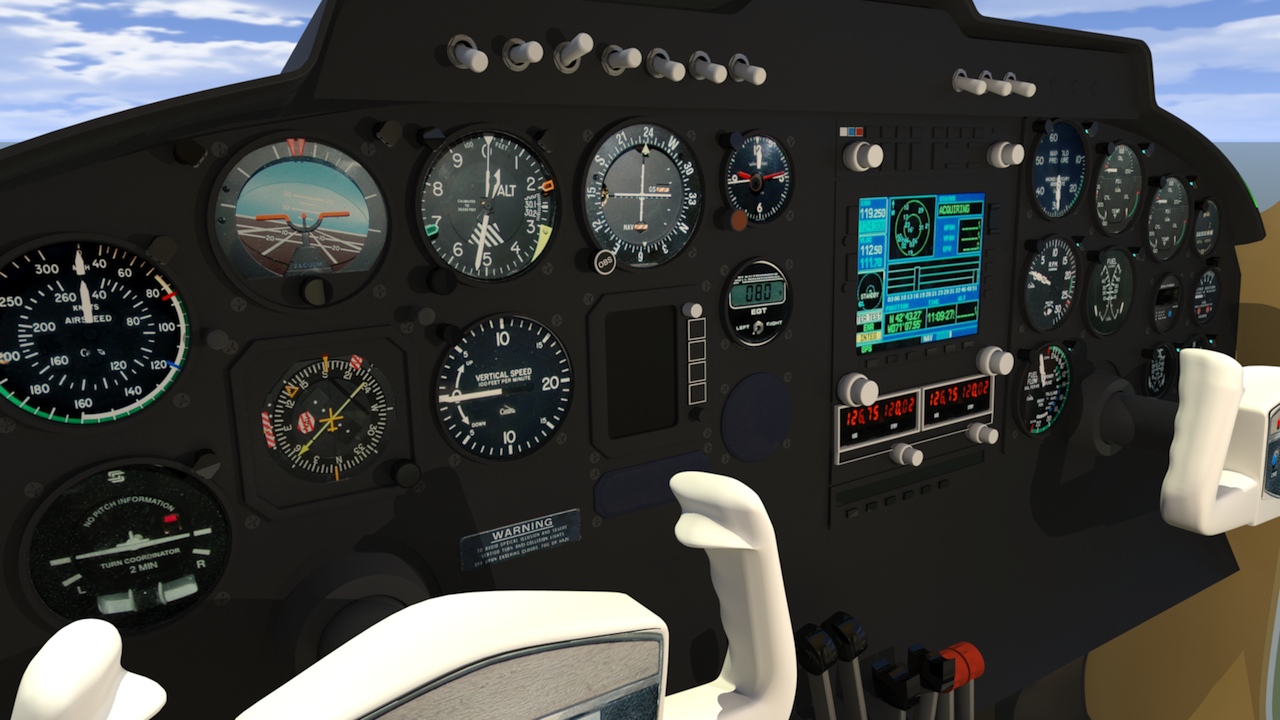 Added the crew seat armrests, the pouch on the back of the copilot's seat, and a magazine. 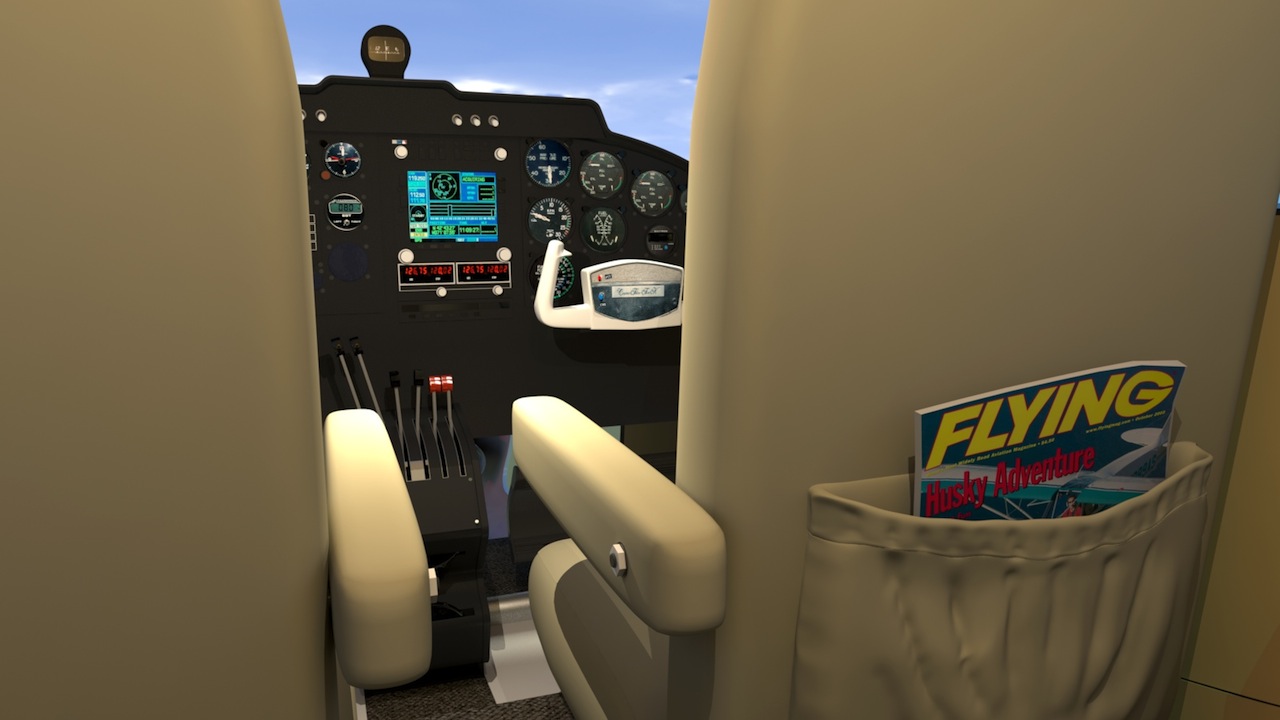 The bottom part of the panel now has all the basic geometry in place... A couple of extra indicators, various knobs for controlling cabin air, a row of electrical switches and circuit breakers, air outlets, audio jacks, and (on the co-pilot side) an extra nav/com radio. Still have some material adjustments to do, as well as some (text) markings to add. 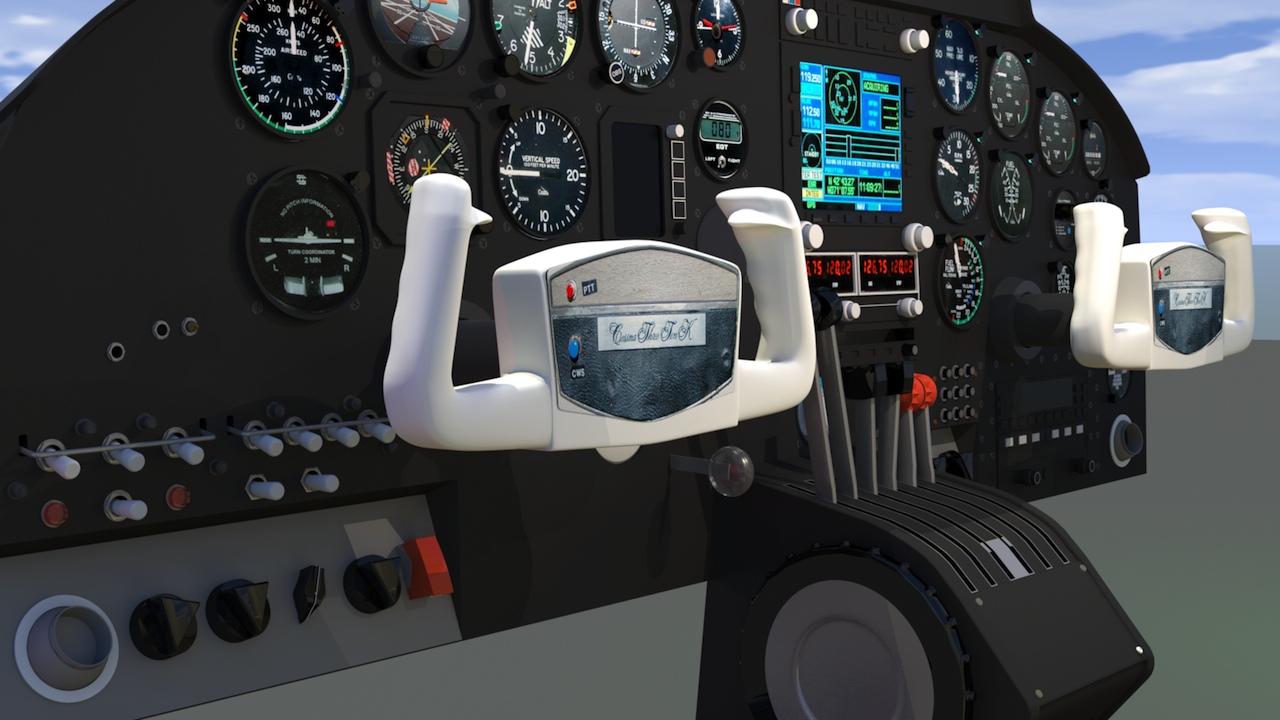 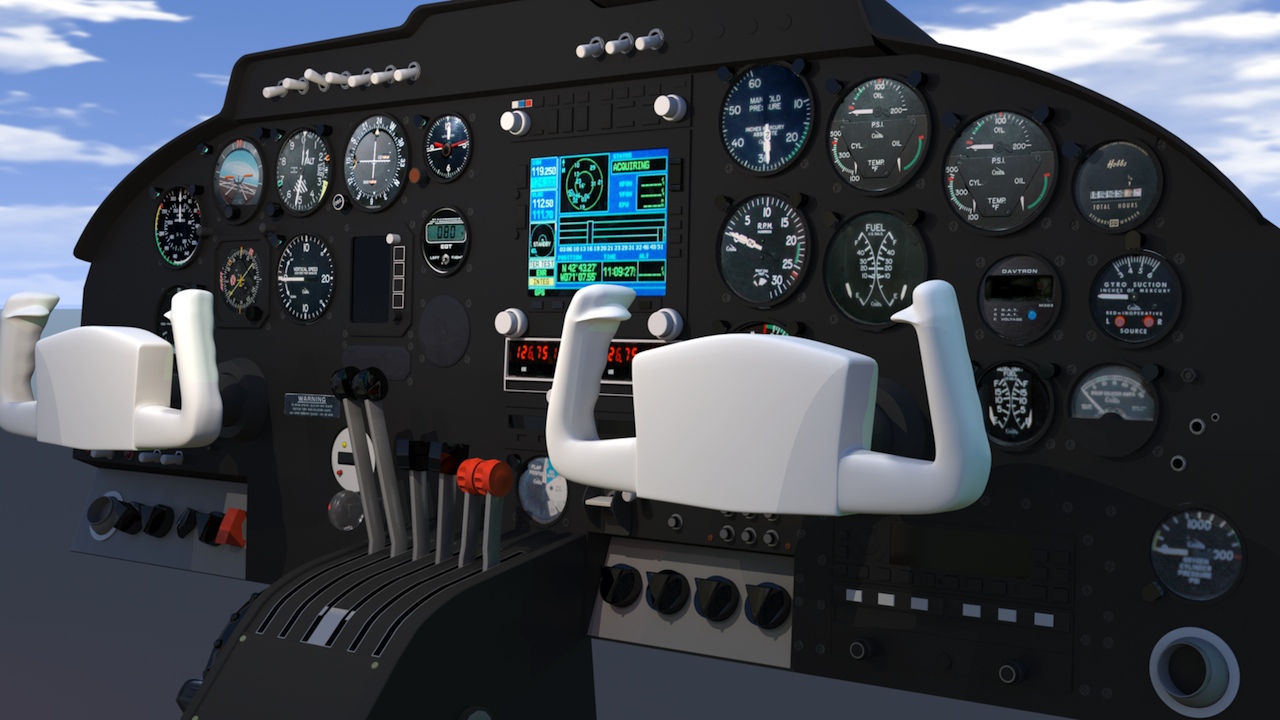 UV-ing party at my place!

Here's the updated panel after an all-night UV-ing frenzy, and some modeling additions, as well. 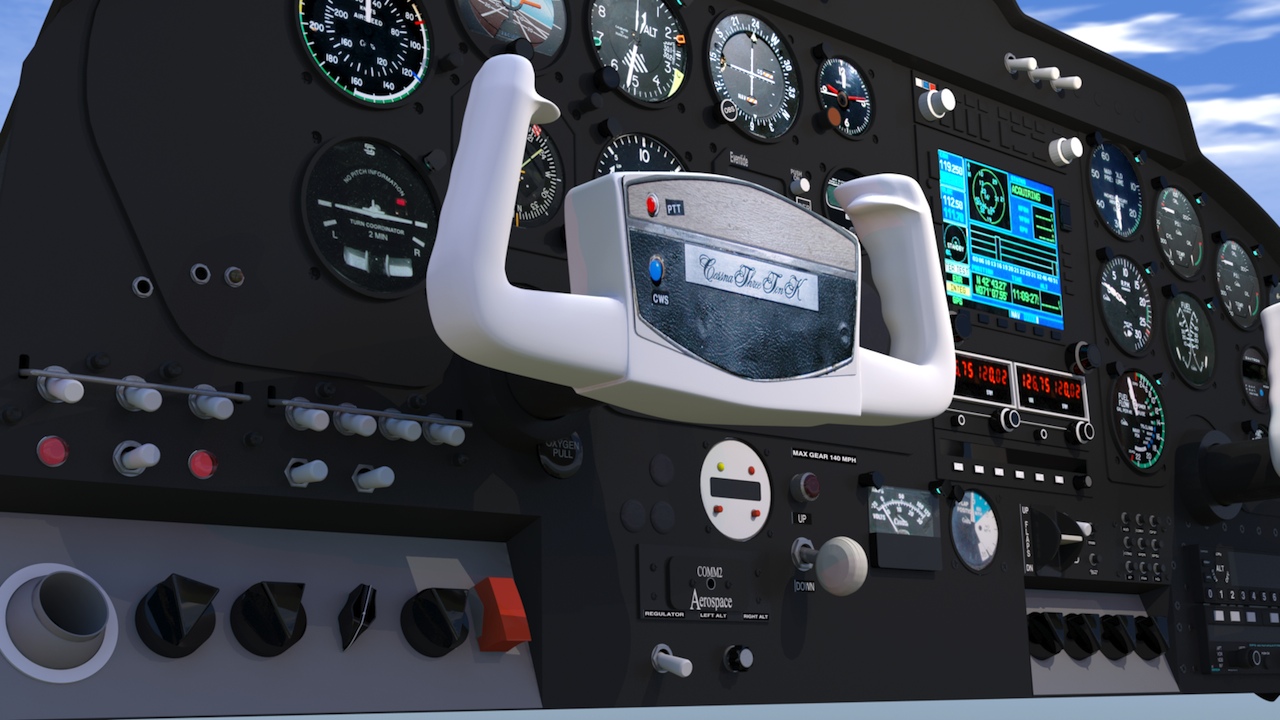 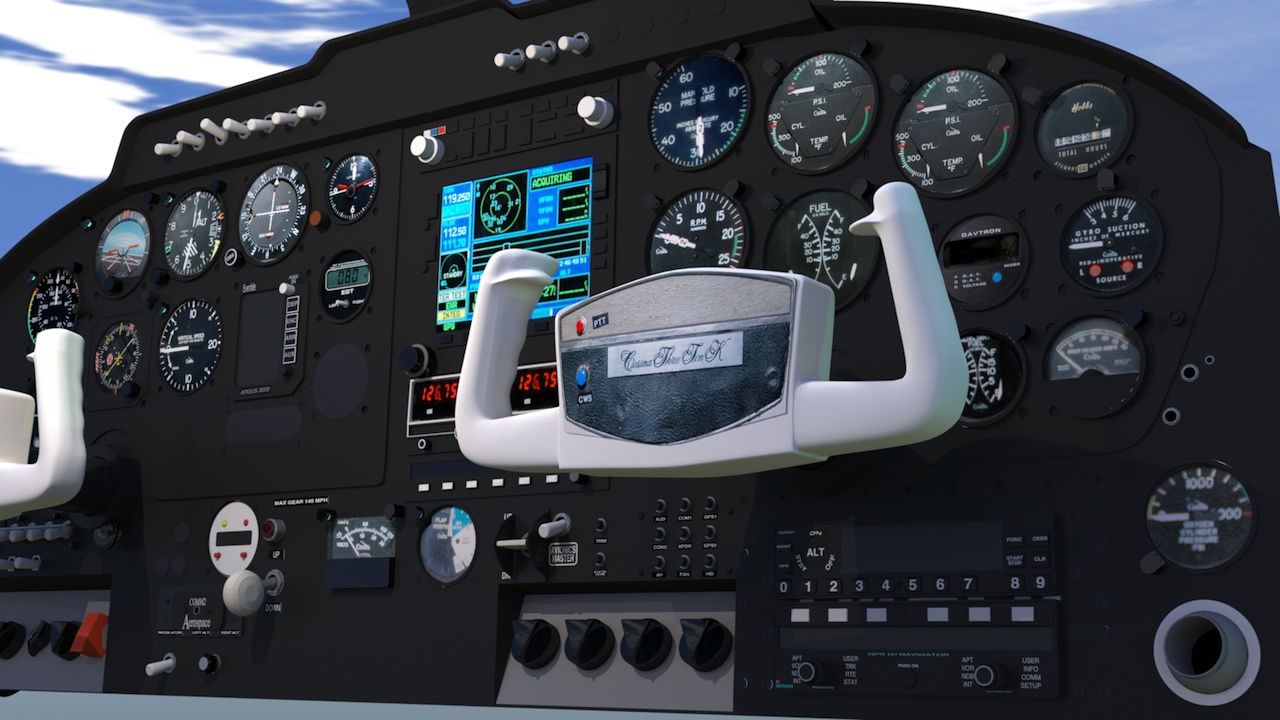 For quite a while now, I've been using an image on the front of the control yokes, rather than geometry. So, I've frozen the sub-d yokes to hard polys, and added real geometry for the trim shapes and push buttons, the text labels, and the trim switches. 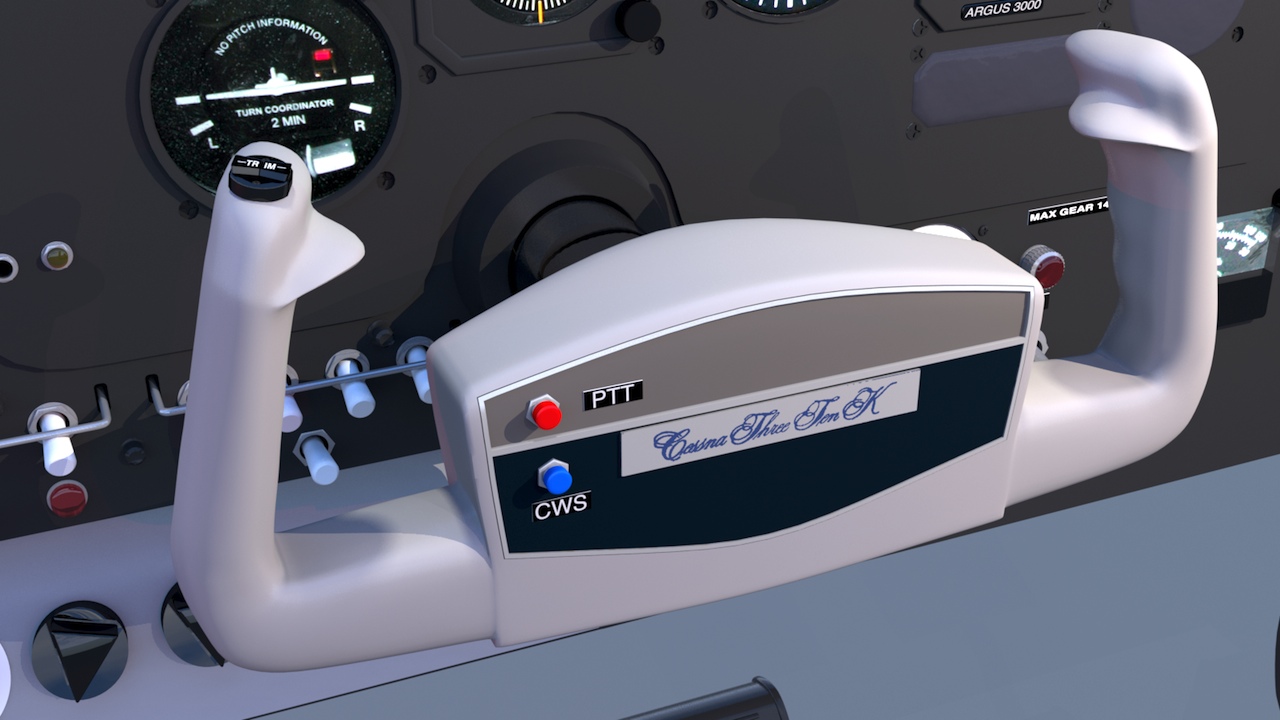 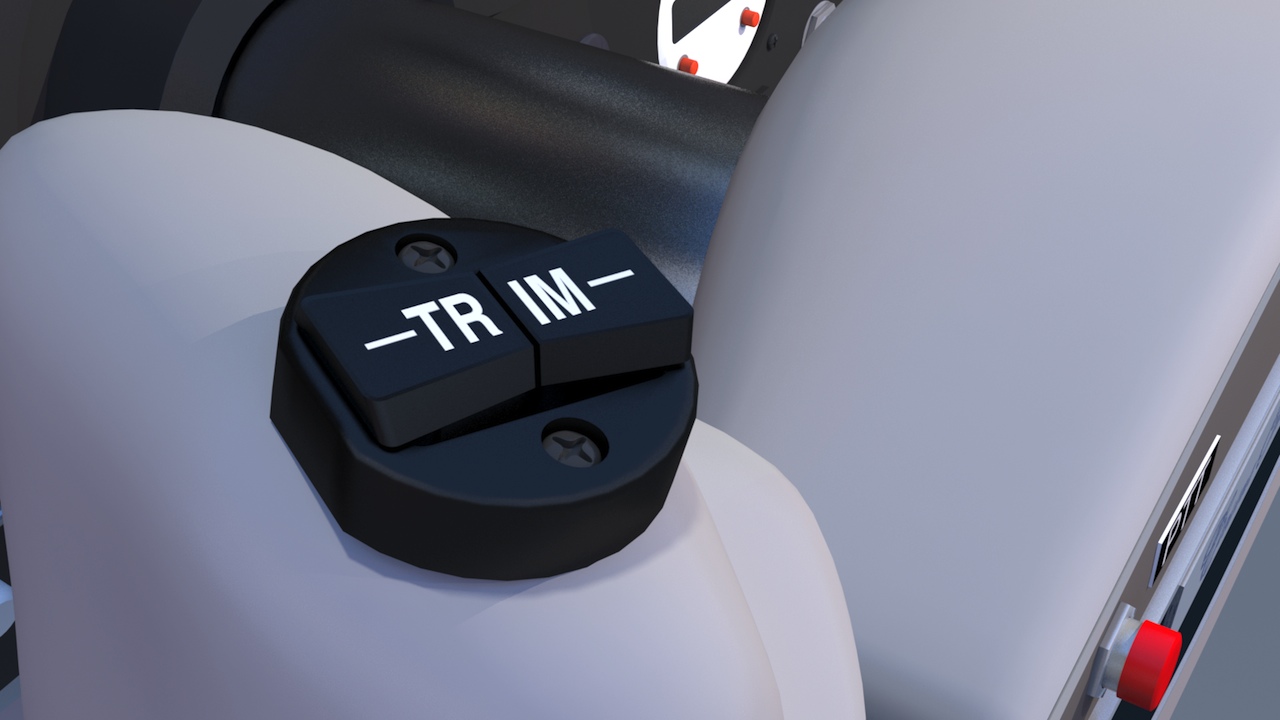 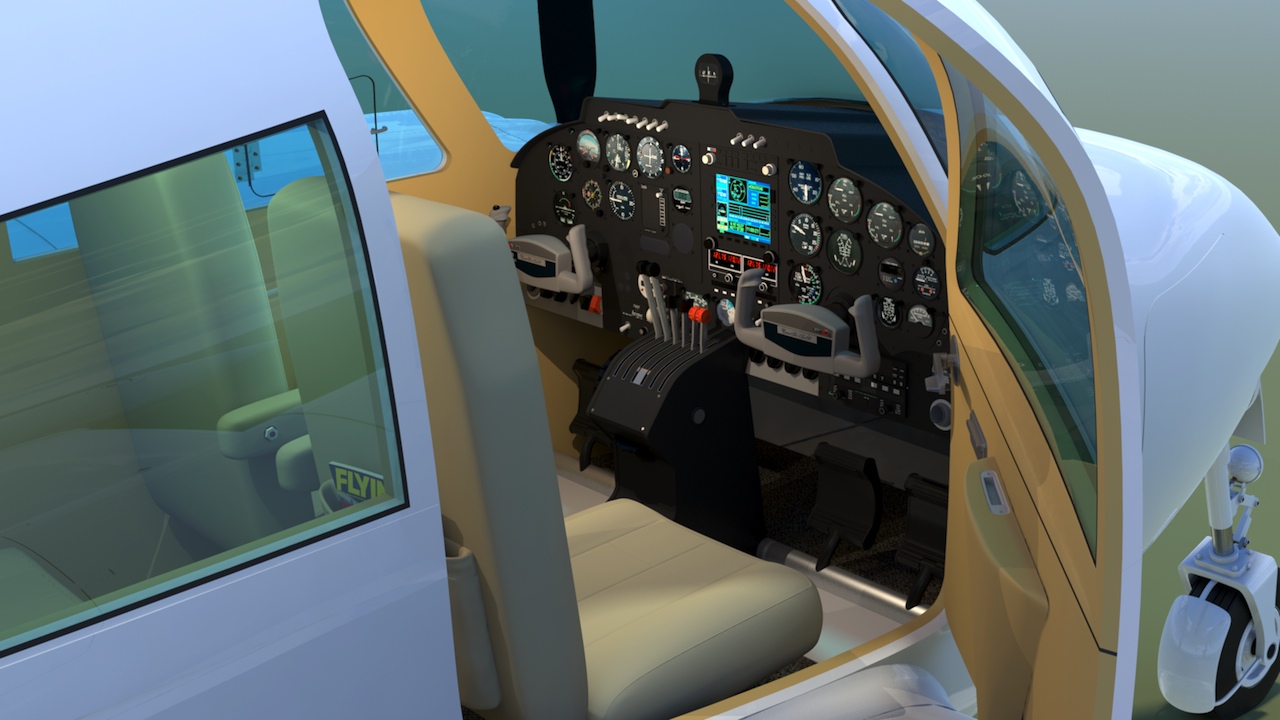 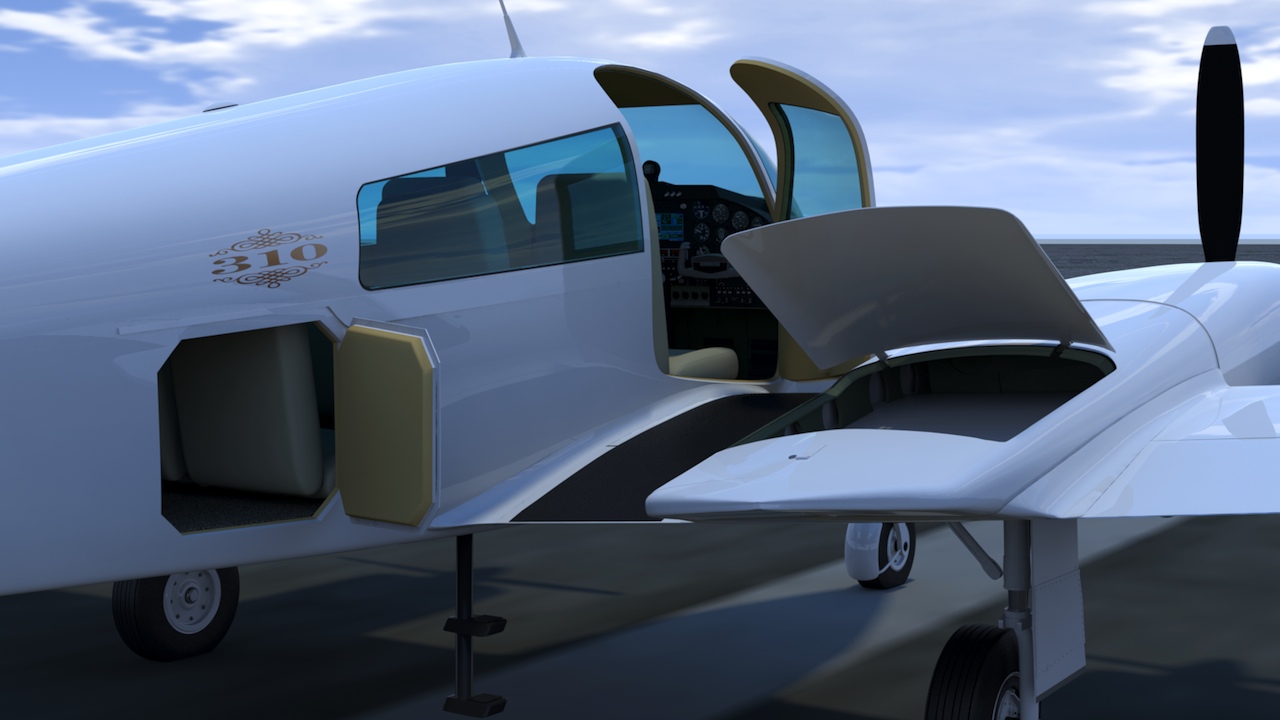 Seat belt test here shows that the UV map looks good, but I'll need to add a little stiching, and also move the overlap parts of the webbing into a more natural position, so the pattern doesn't line up so neatly. 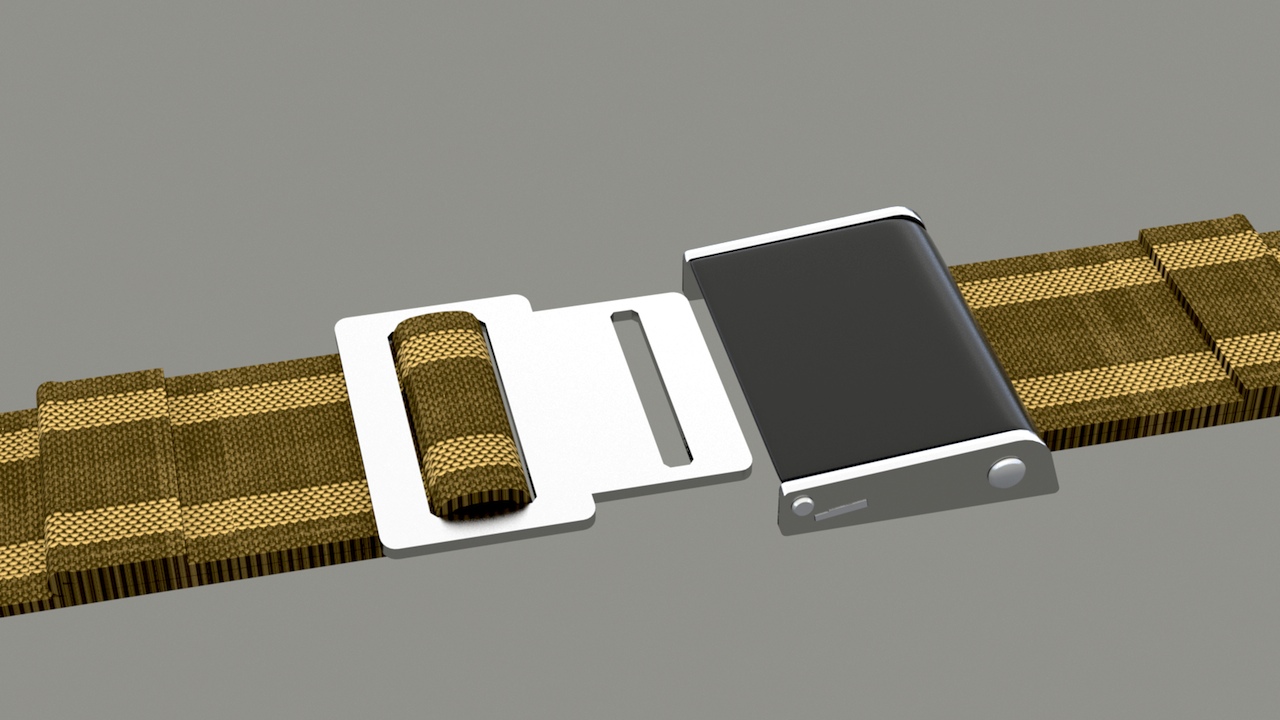 Below... Most people will never notice this, but I've added the seat mounts, too. 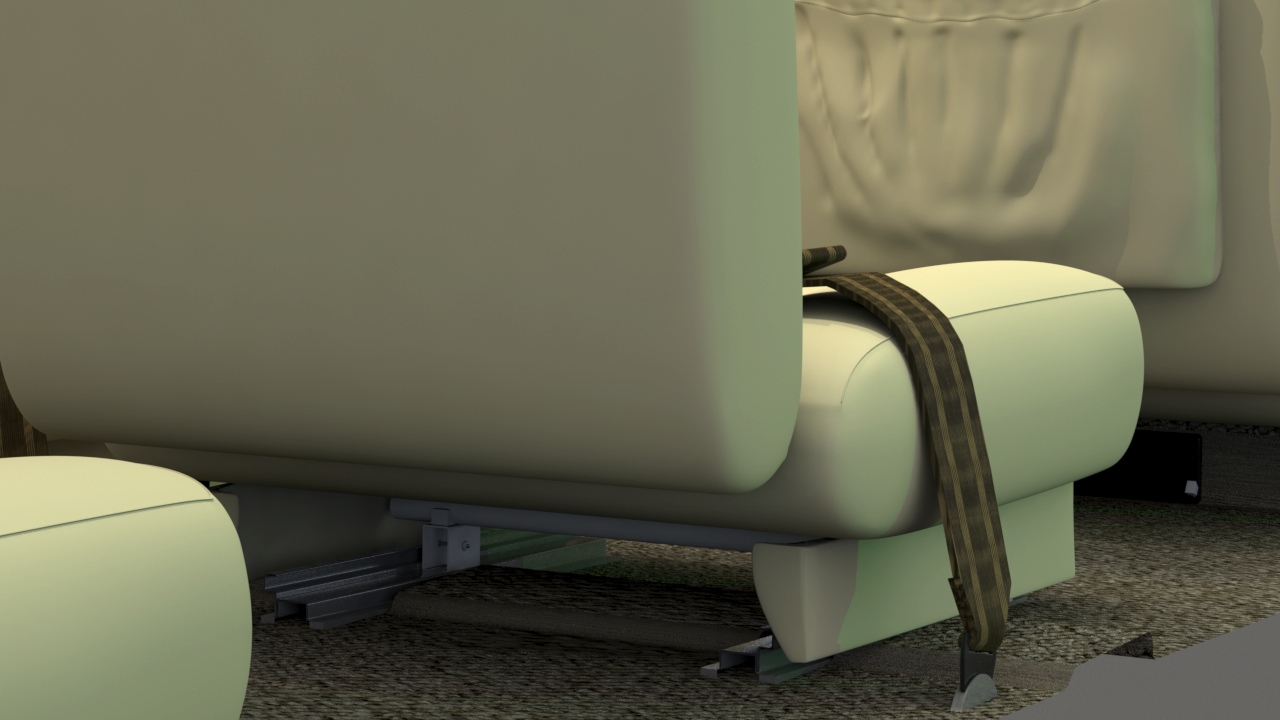