To me, the B-2 bomber represents both the best, and the worst of America's remarkable aircraft design programs. By that, I mean that the B-2 bomber is one of the most impressive aircraft designs every built, but it's too bad that it has to be a weapons system. As a person who appreciates aircraft design, this is both one of the most interesting, and most difficult to model, due to the lack of documentation. While there are plenty of photos of this aircraft available around the net, there are no high-quality drawings, due to the highly-classified nature of the project.

I've put this project aside for many years, because of the documentation problem, but now, as part of my next tutorial, "Modeling with MODO, Volume Three- Jets!", I've decided to give it a try. This was started in August, 2010.

The first few images here are not part of the final model. Instead, they are a series of tests I'm doing, giving some thought as to how to model this aircraft. It's so different from any other aircraft, and the available drawings are so poor, that it deserves some thought. I have a copy of the Testors plastic model, and although it's probably not "accurate" in the true sense, it seems to be the best reference I have. As I've done before, I may end up slicing this model up with a band saw, to create some physical cross sections for the MODO model. This first test is with a single piece of geometry, so see how the polygons can be made to flow. I've intentionally left the engine intake area out here, to more generally experiment with the main shapes. 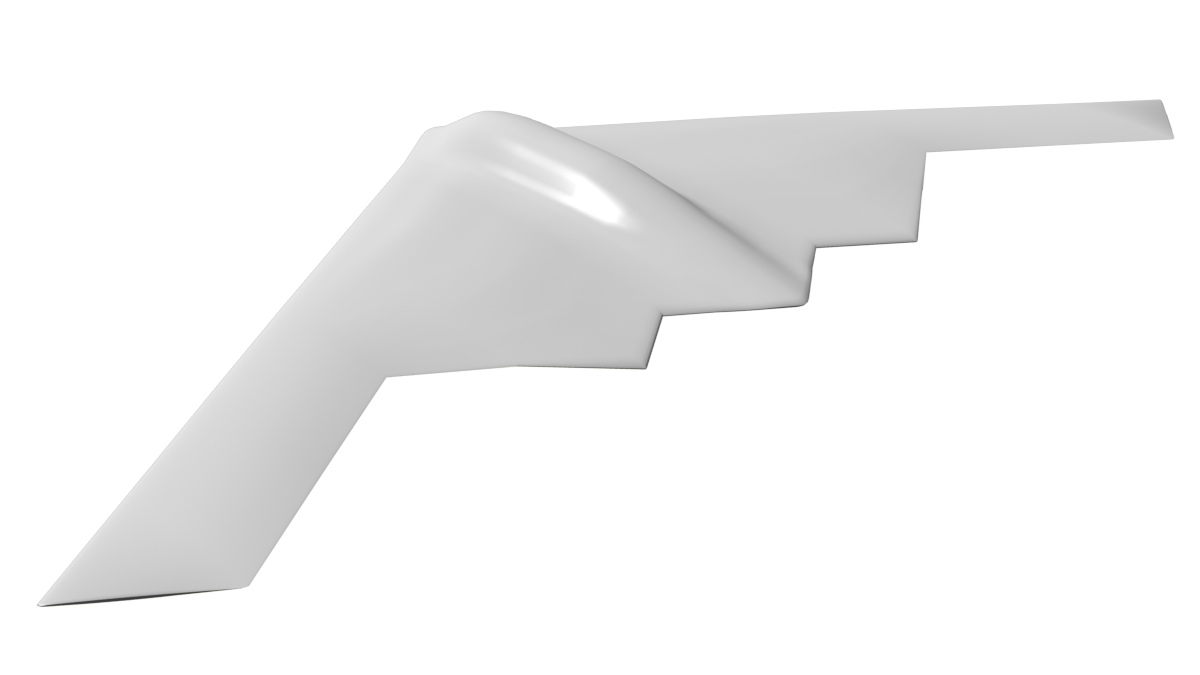 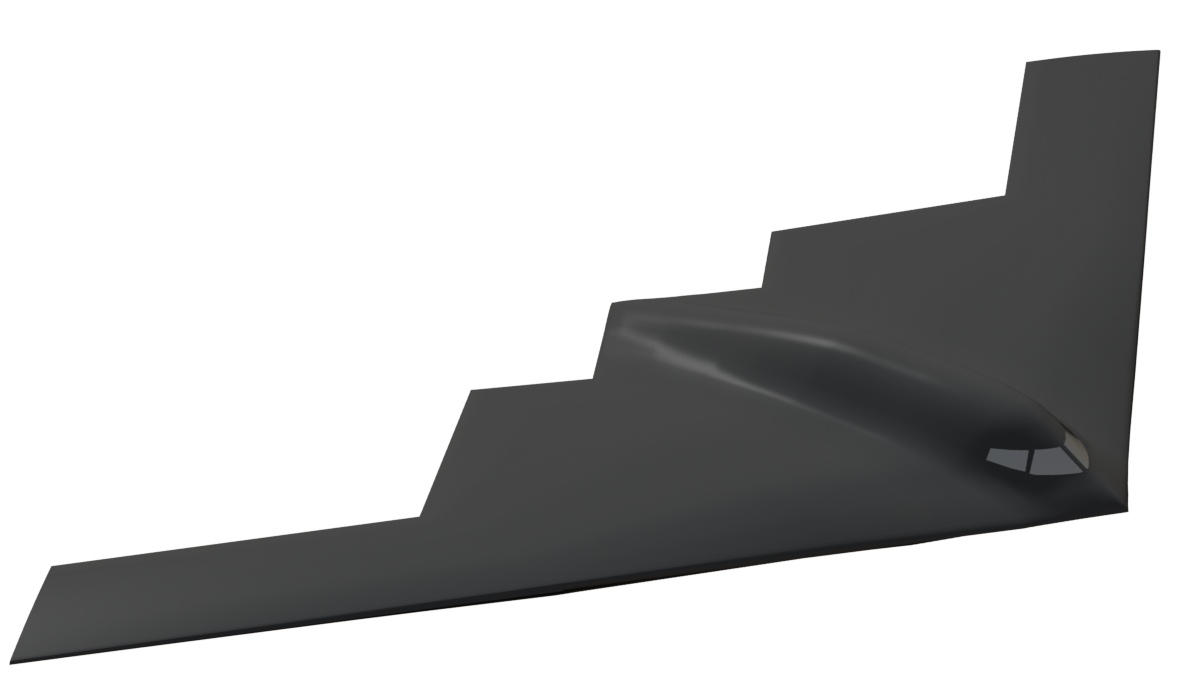 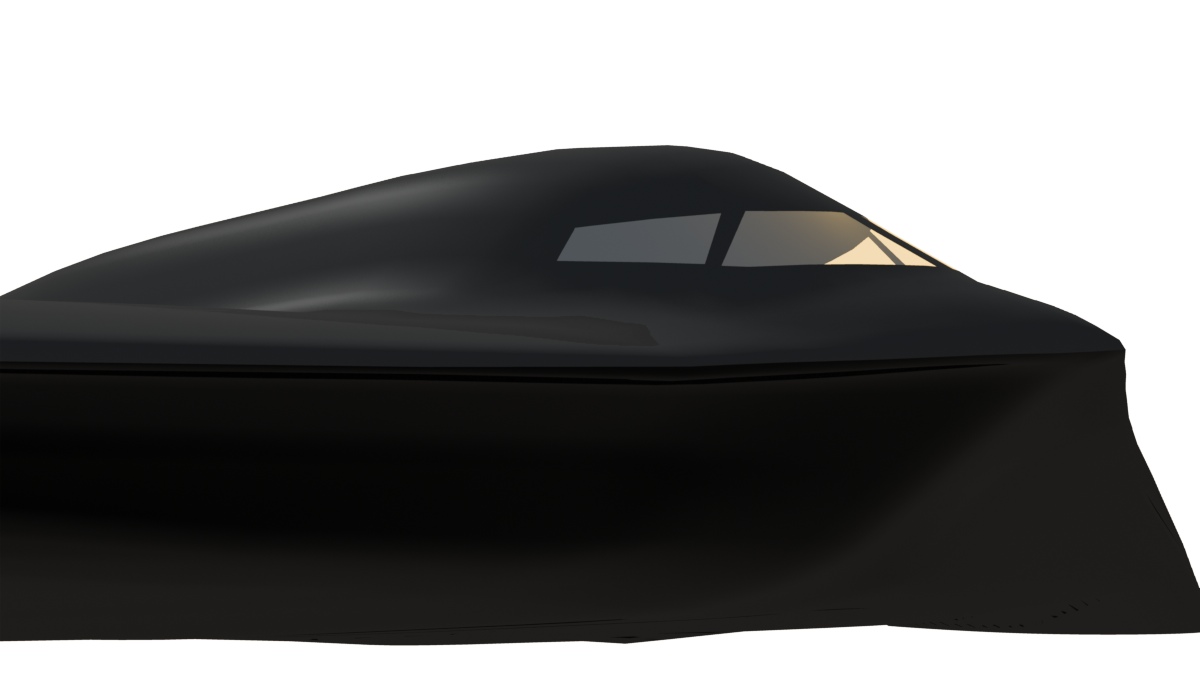 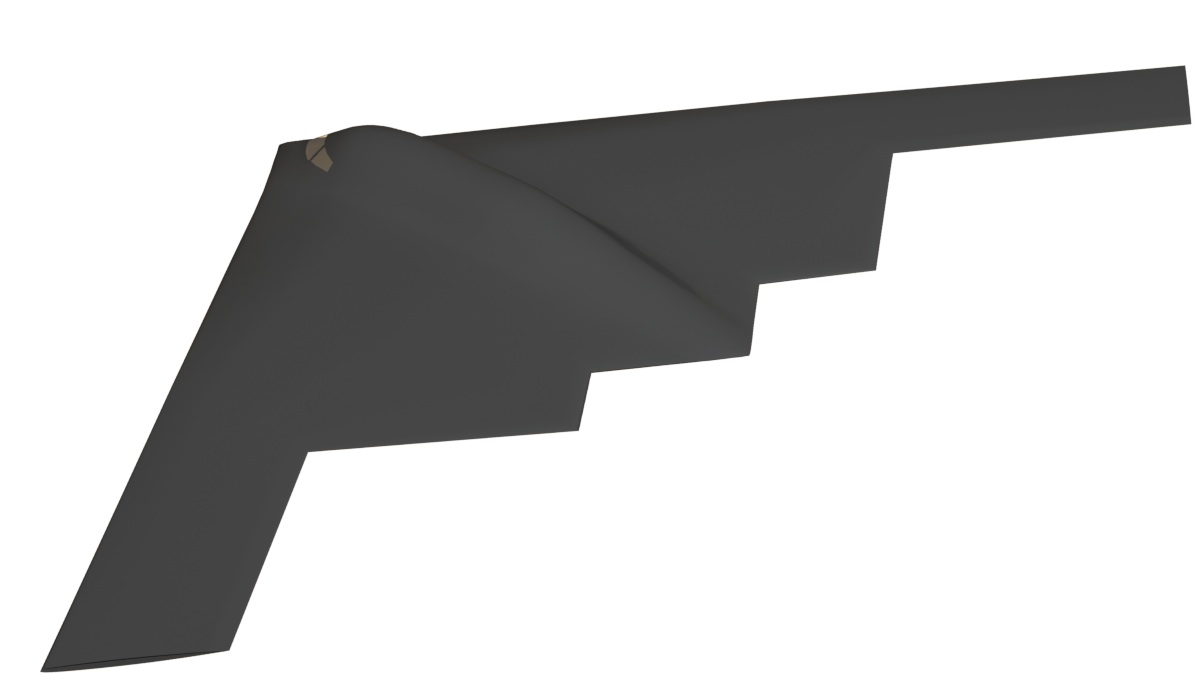 Below, the MODO wireframe. Although it's acceptable for these initial tests, it's got more divergent polygon flow than I'd like, so I'm giving some thought as to how this will work out in the end. My thought right now is to build it in several separate sections, to gain a smoother surface. Adding the engine intake areas will change things, too. 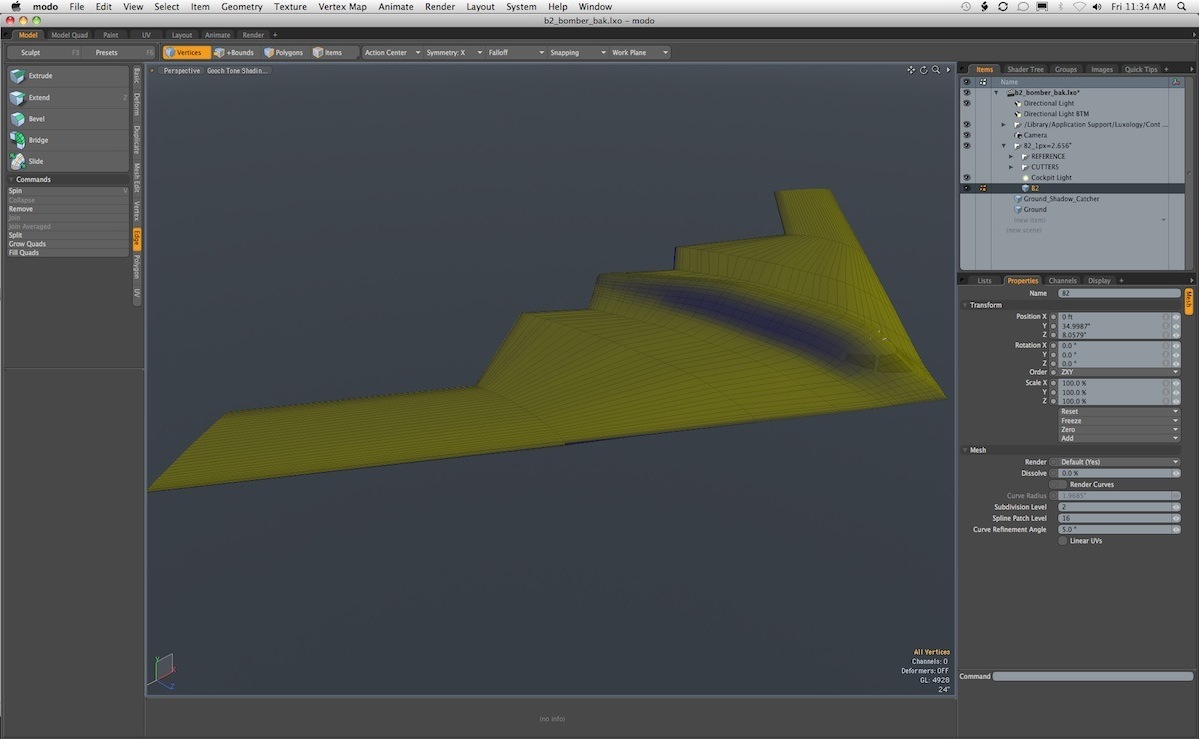