The Cessna 310 is "slippery", and was built for speed, so there are a variety of fairings and fillets that will make this model look right, as the project continues. The first step is to finalize the basic shapes and volumes. I've combined the vertical stabilizer and it's dorsal fin into one object… much more like the actual aircraft. (Panel lines and other details will be added to the whole aircraft, later.) 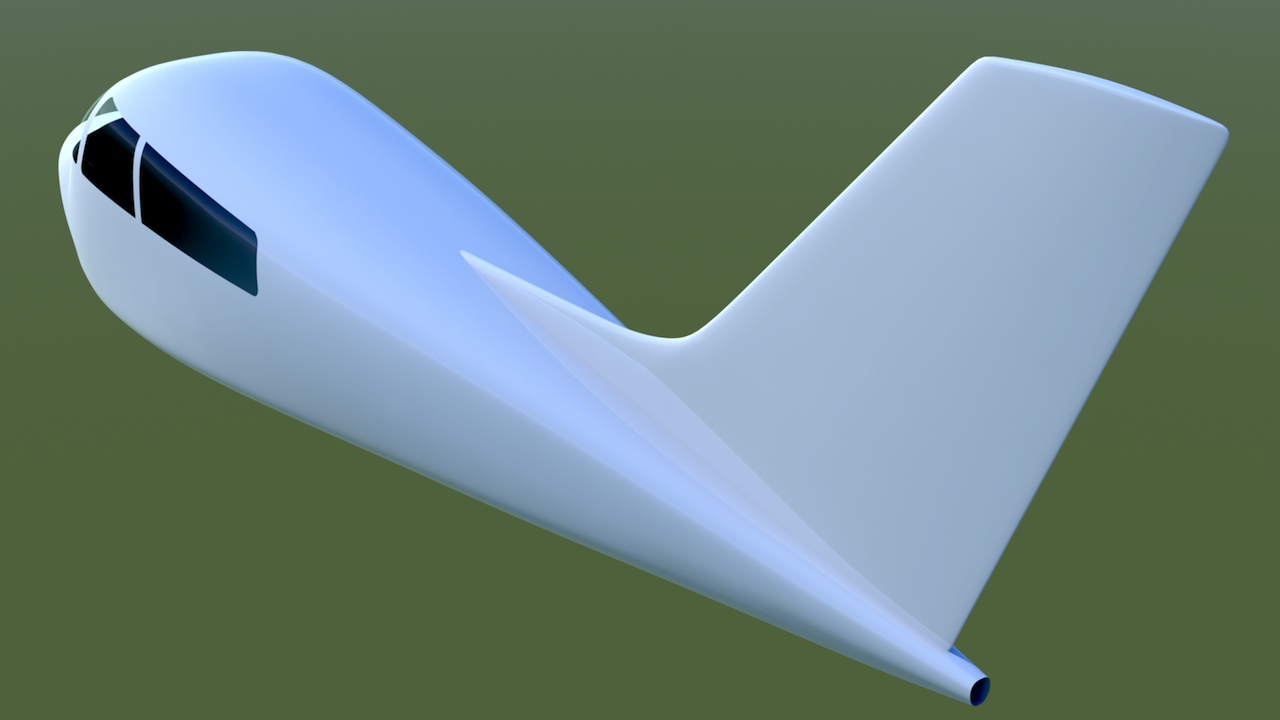 I also found that the bottom of the fuselage wasn't flat enough on the aft section, and that, around the nose, where the windscreen fits, there was an unwanted little "bump". So, I took one step back, to the original sub-d model, corrected it, and then re-froze the fuselage geometry to suit scale accuracy. Then, I re-cut the window and door openings. 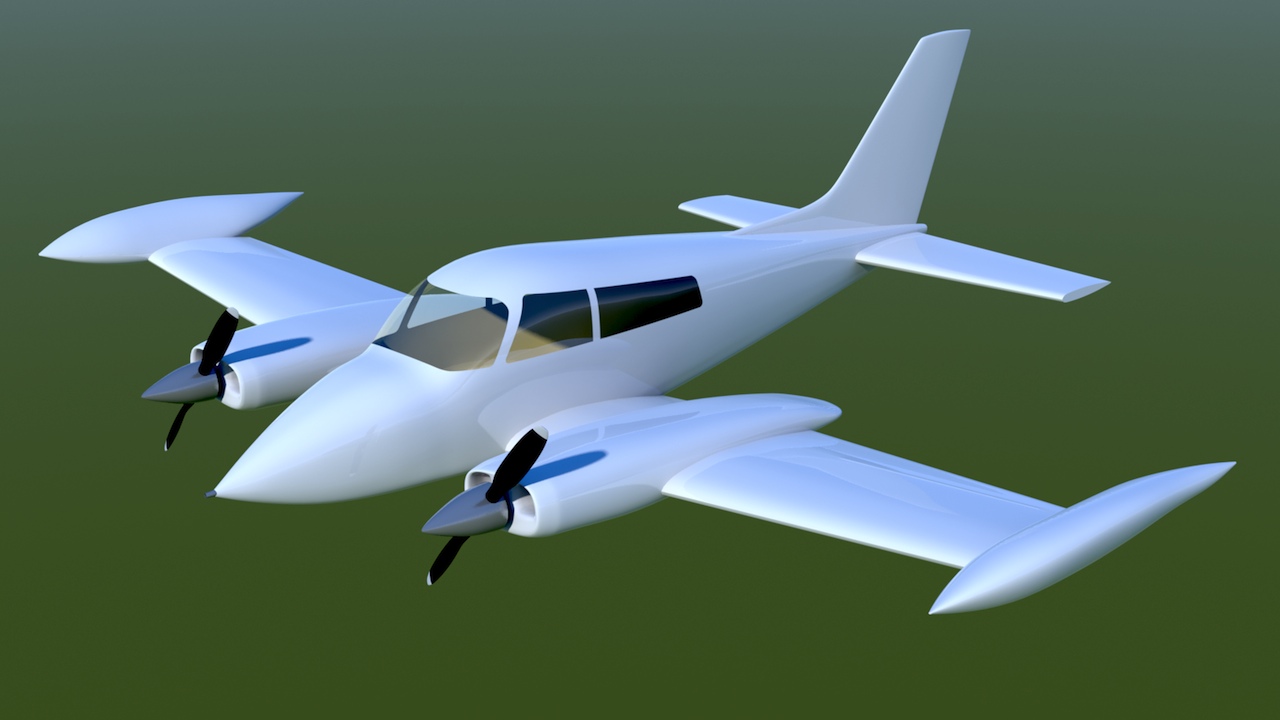 Having replaced the vertical fin, rebuilt the tip tanks, and refined the fuselage, it was time to rebuild the engine nacelles. In this case, it was better to "build the holes" first, and extrude around them. The three polygons you see in the movie below were beveled with the polygon bevel tool, then joined, using the bridge tool. At the end, the edge extend tool was used to move the outside edges rearward, creating the 3D shape. Here's the process...


Here's a brief movie showing the steps I took to build the engine nacelles.

Below - The model as it stands now. 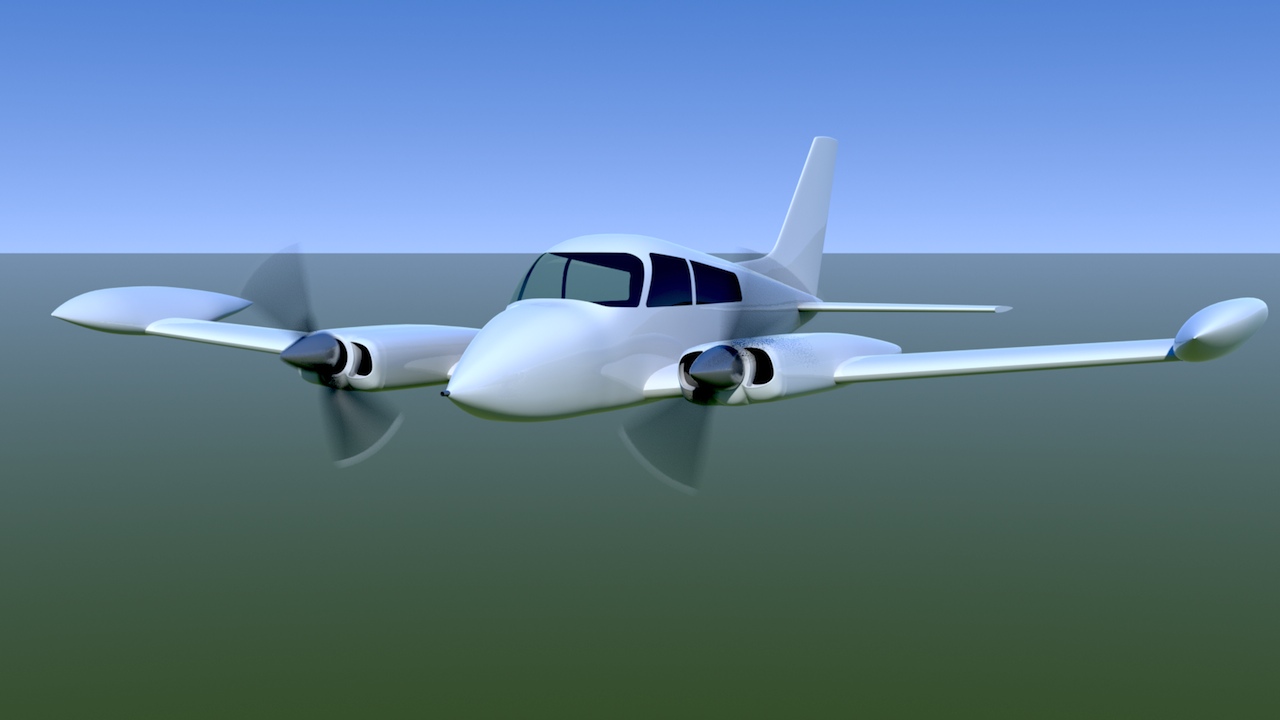 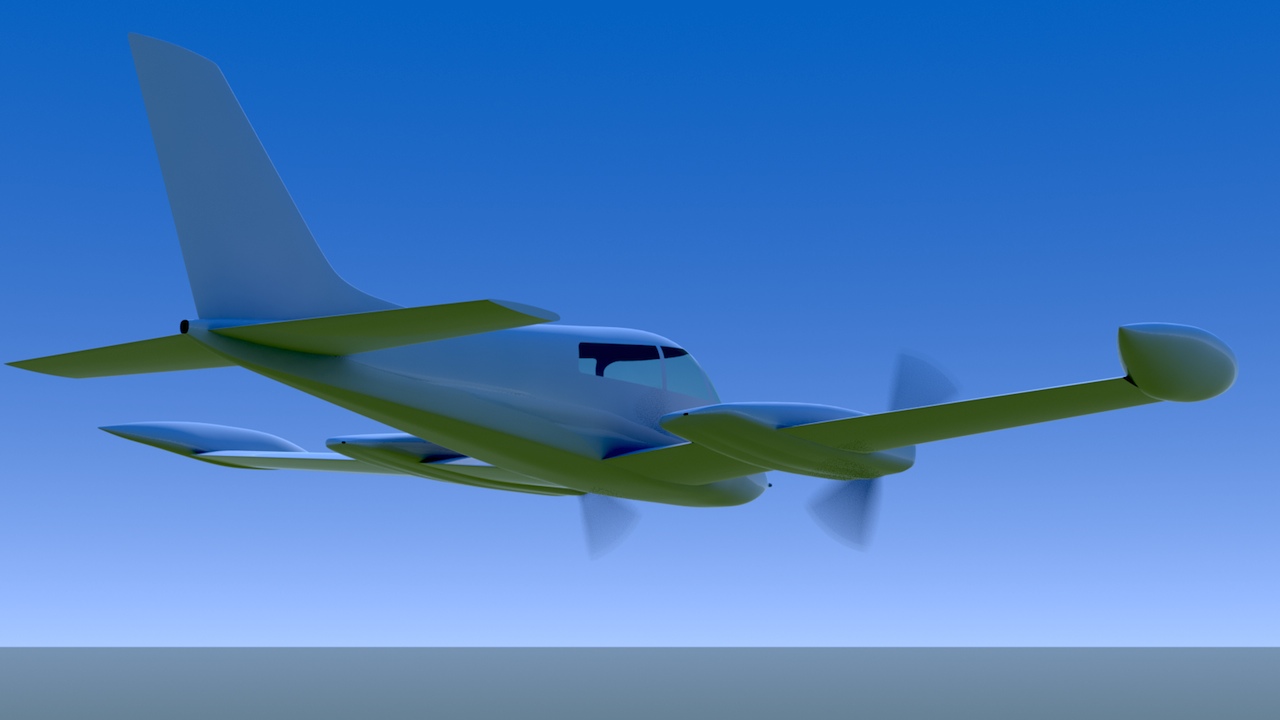 I spent some time cleaning up the shape of the engine nacelles and wing tip tanks. Next, all the control surfaces were cut out. Finally, the cabin door and baggage door were cut out too. 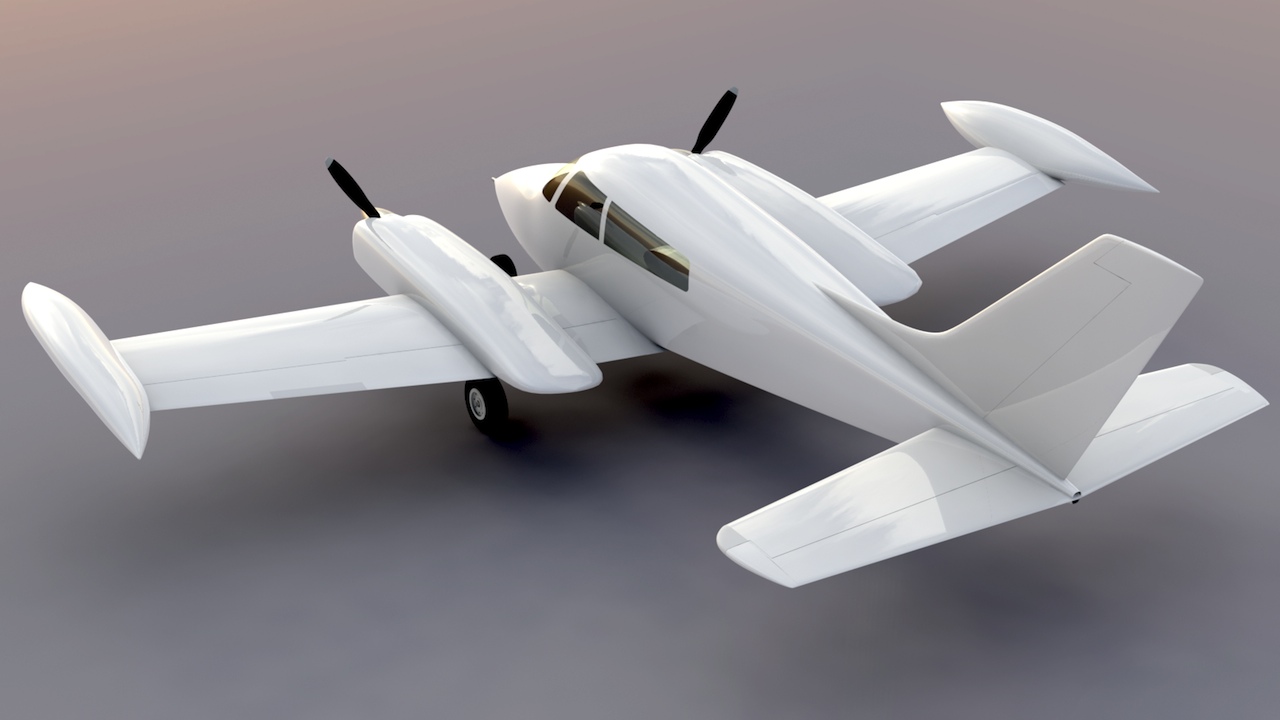 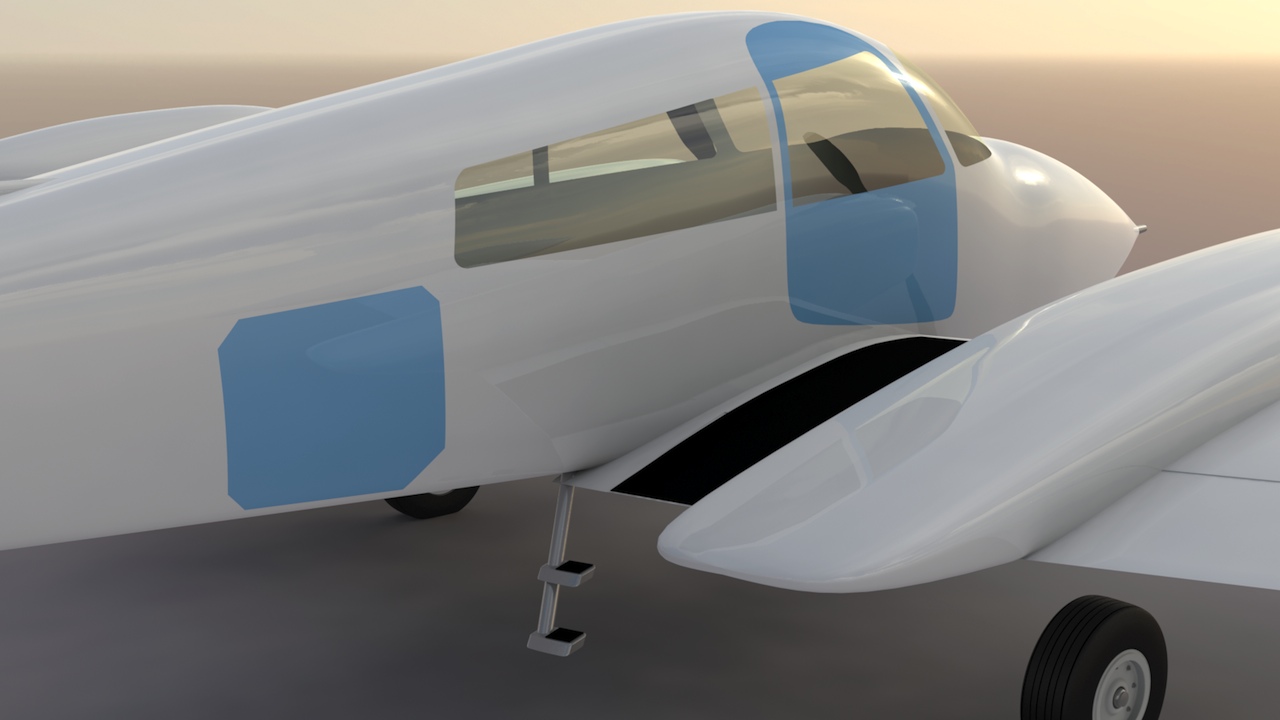 Cabin door and baggage door cut out, shown in blue here, for clarity. 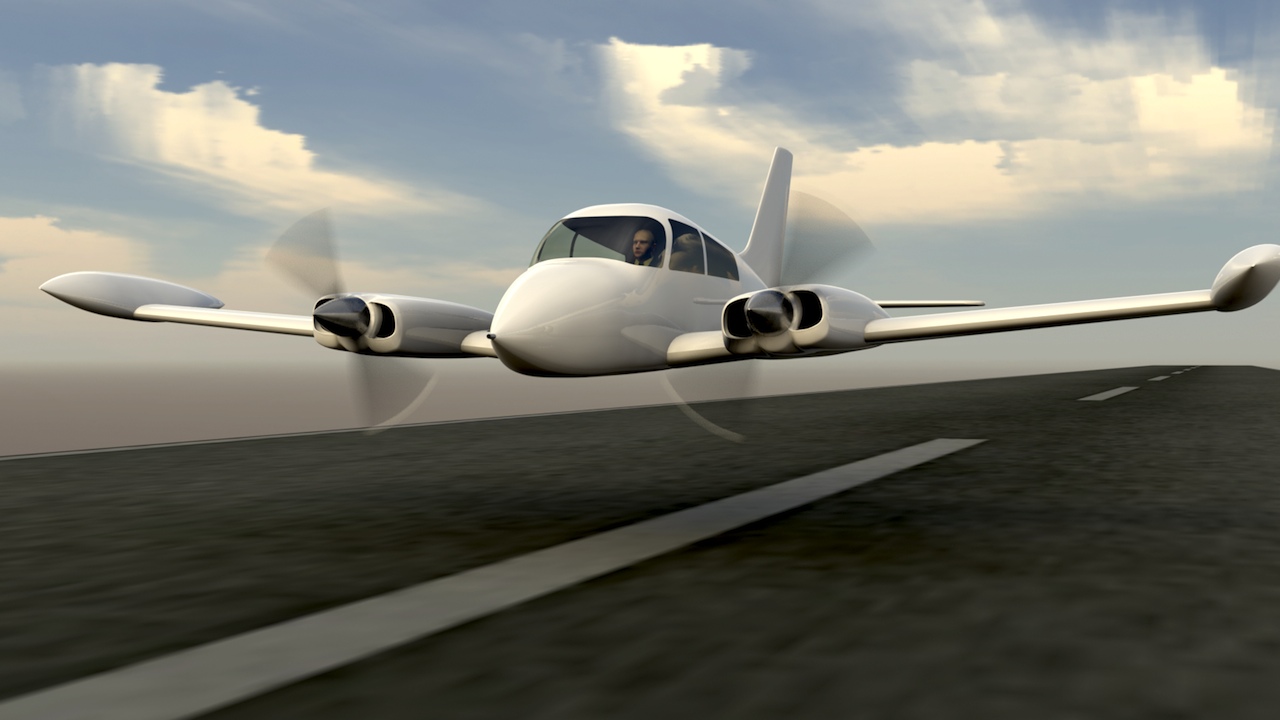 I've kept the original sub-d models and the boolean cutters I've created along the way, and it's possible to backtrack, when needed. But, it's tedious. So this is the "Stand back, look around, and double-check everything" phase, regarding the exterior shapes. Once I take the plunge into creating the interior structures, which all MUST fit into this exterior shape, it gets harder to go back.

This is model #2 in what will be a 3-part (at least) article illustrating Cessna's history in aviation. I'll include the T-50 project, the 310, and at least one of Cessna's newest creations, and then produce some renders with all of them in the same image. It will be a great modeling exercise, and as a long-time Cessna fan, a kind of tribute to that company's long history in aviation.