I've located the two main wing spars, and created all the primary ribs. More detail will be added to these parts as the project continues, but getting these in place was important. (The transparent blue outer skin shows where it covers the inboard flaps.) 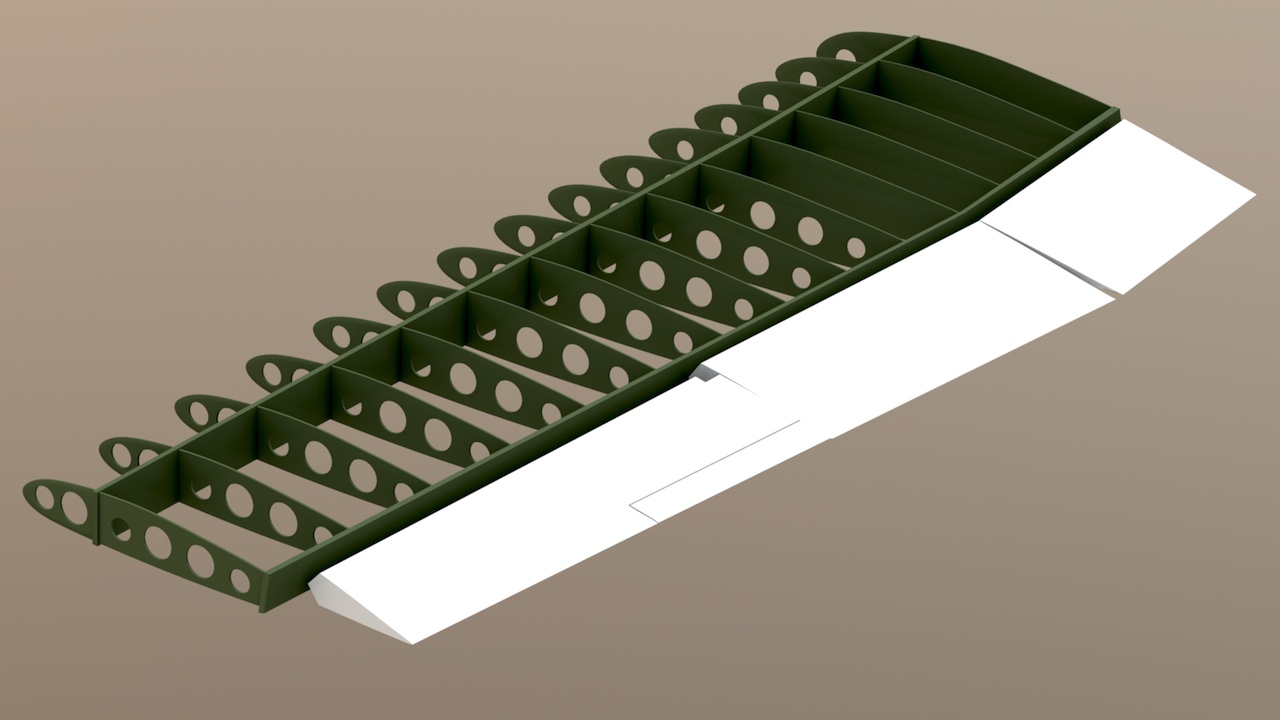 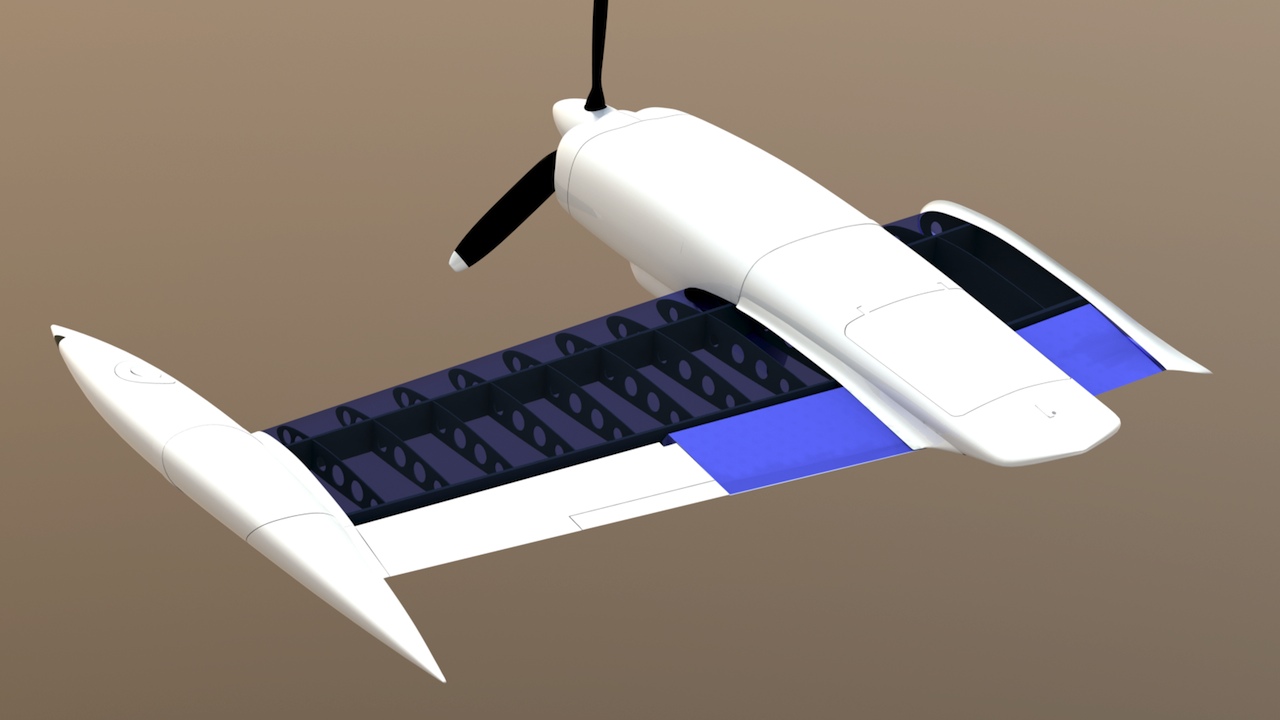 A little side project here, using MODO's replicators. I simply selected all the vertices in the model and copied them to a single mesh item. Then I created a tiny (10mm diameter) sphere, which was used as the point source for the replicator. You don't need high render settings or global illumination for this, so I turned those off, and this renders almost instantly. Simple! 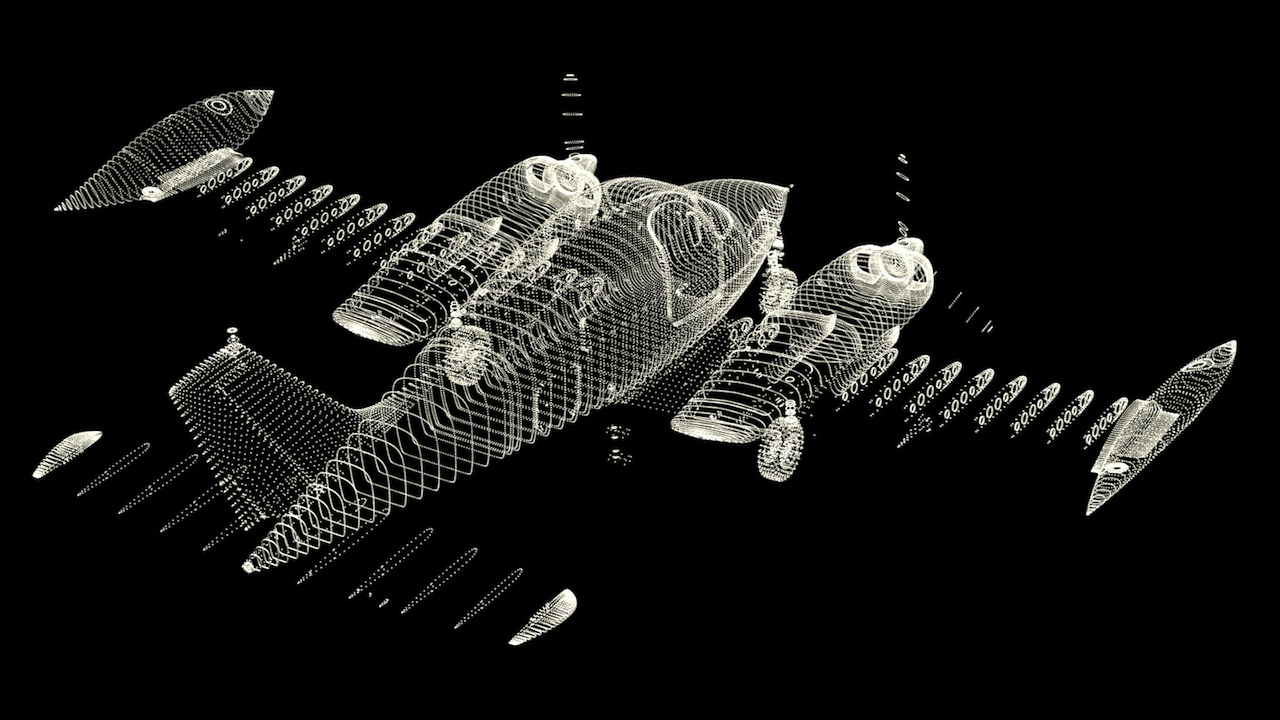 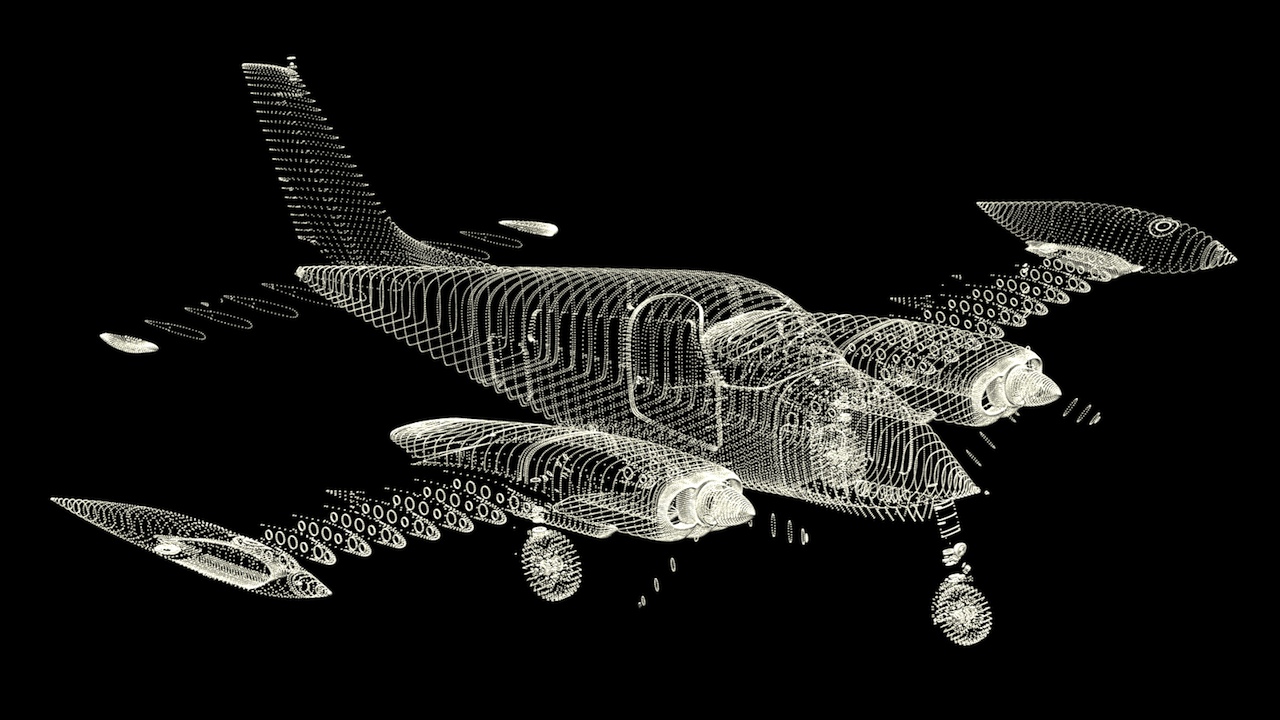 One thing leads to another…
Locating the wing spars, ribs and stringers will, in turn, show me where many other parts go. It will show me where all the panel lines (and later, rivets) go in the wing, and will also help me locate two of the major fuselage formers. 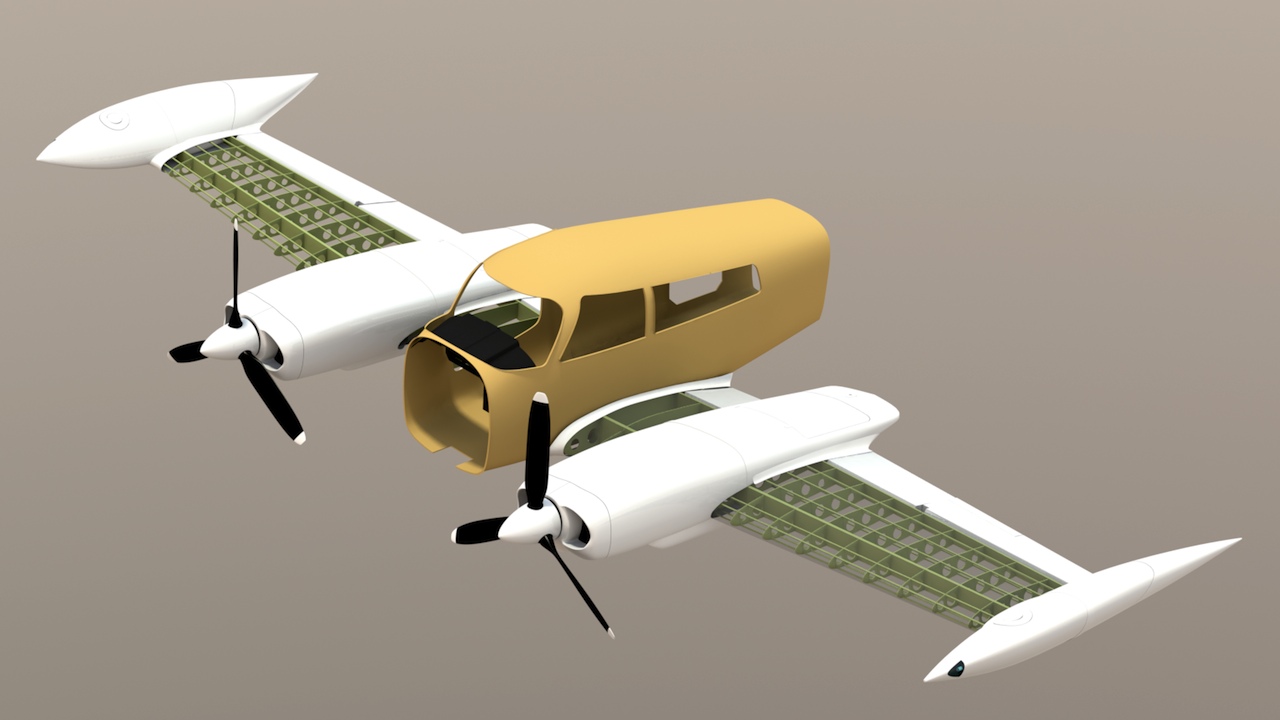 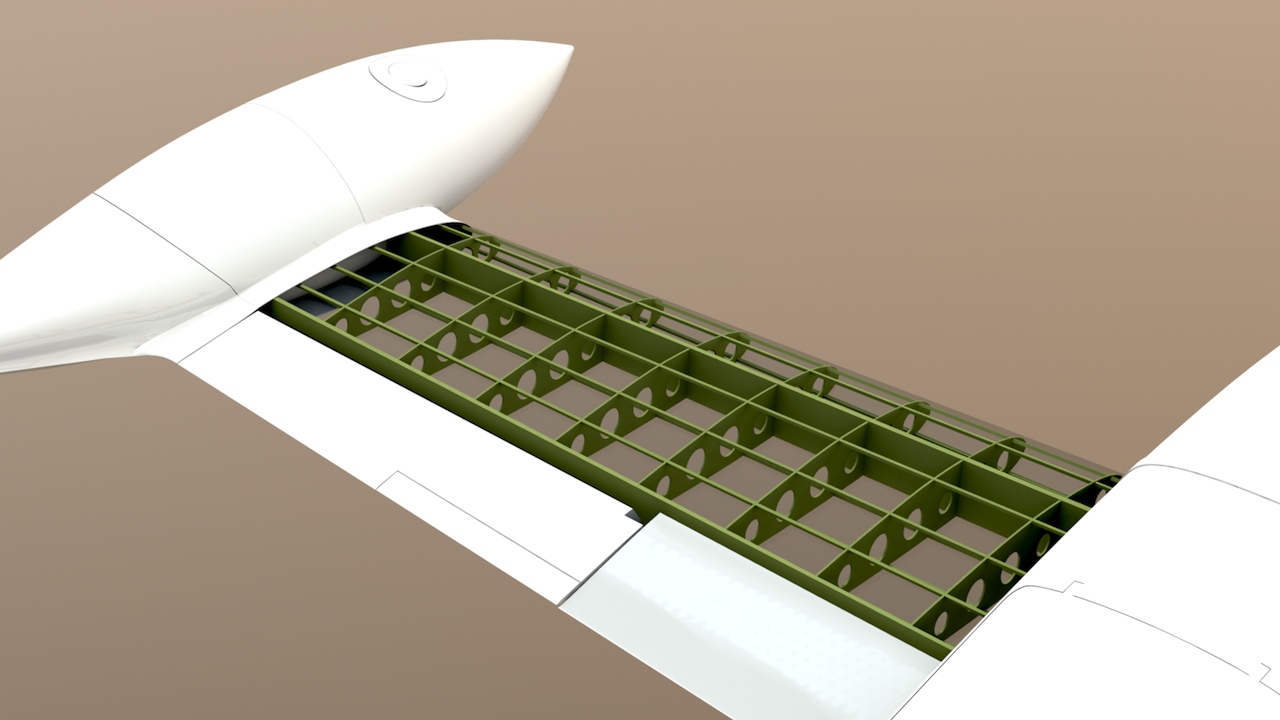 Below, I've started to add the fuselage formers and stringers. The tricky part, modeling-wise, is to get them tightly against the outside of the cabin liner, (the beige-colored section) but tightly against the inside the outer fuselage skin. (the white-colored part) To do that required using MODO's background constraint extensively, pushing and pulling edges around until it was right. 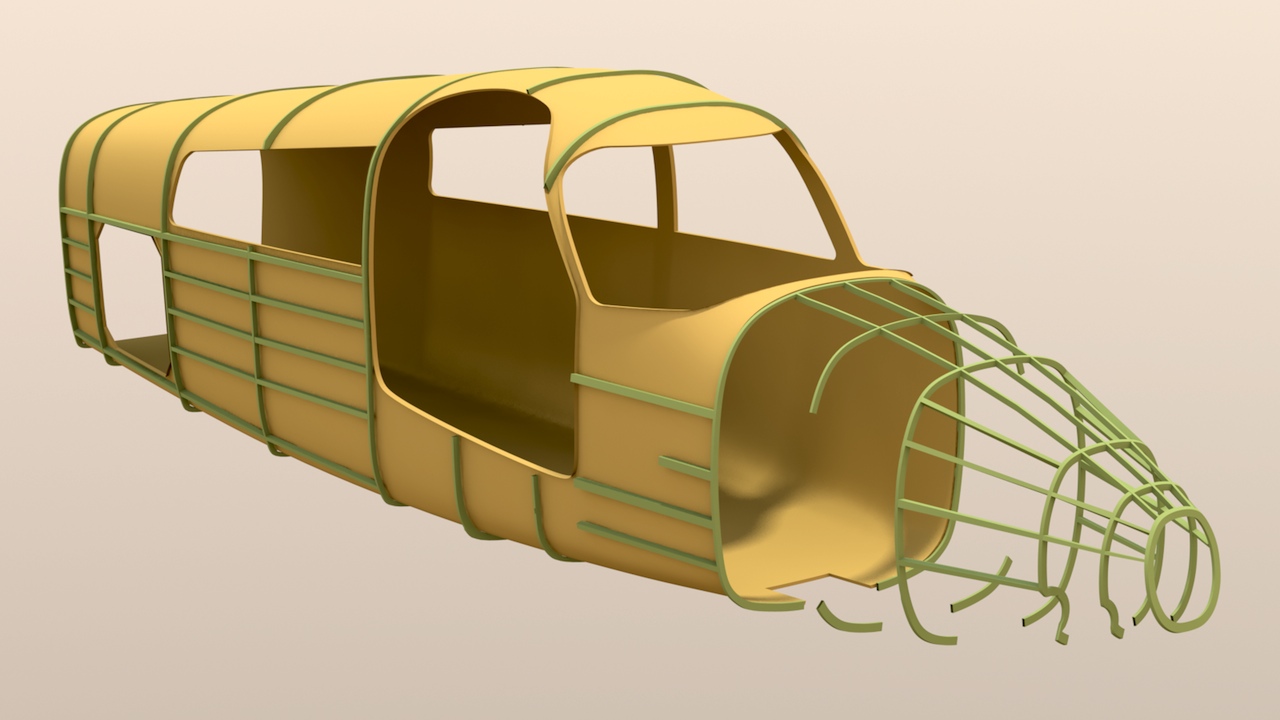 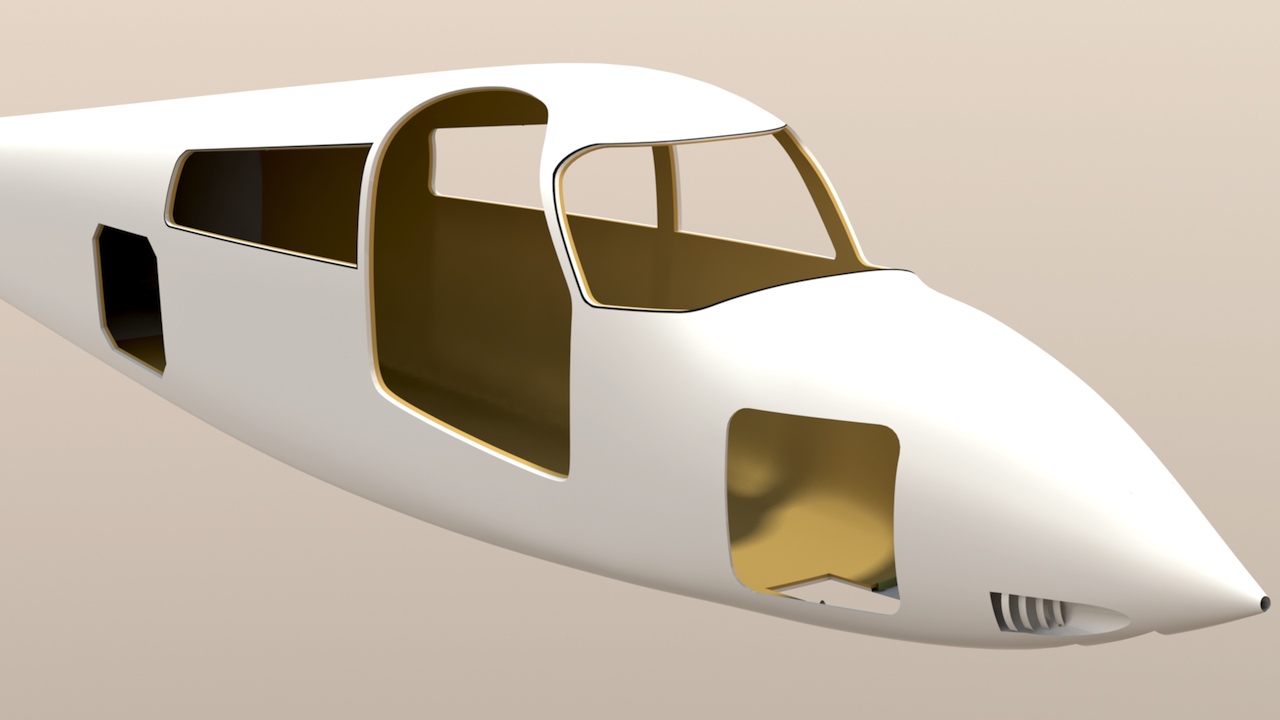 The aft fuselage is built a little differently than the forward fuselage, since there's no "liner" like there is for the cabin. From an engineering point of view, this also allows it to be built lighter. Here, I've added the major formers and stringers in the aft fuselage, and connected them to the key former in the forward fuselage. More detail will be added to these parts, now that they're in place. 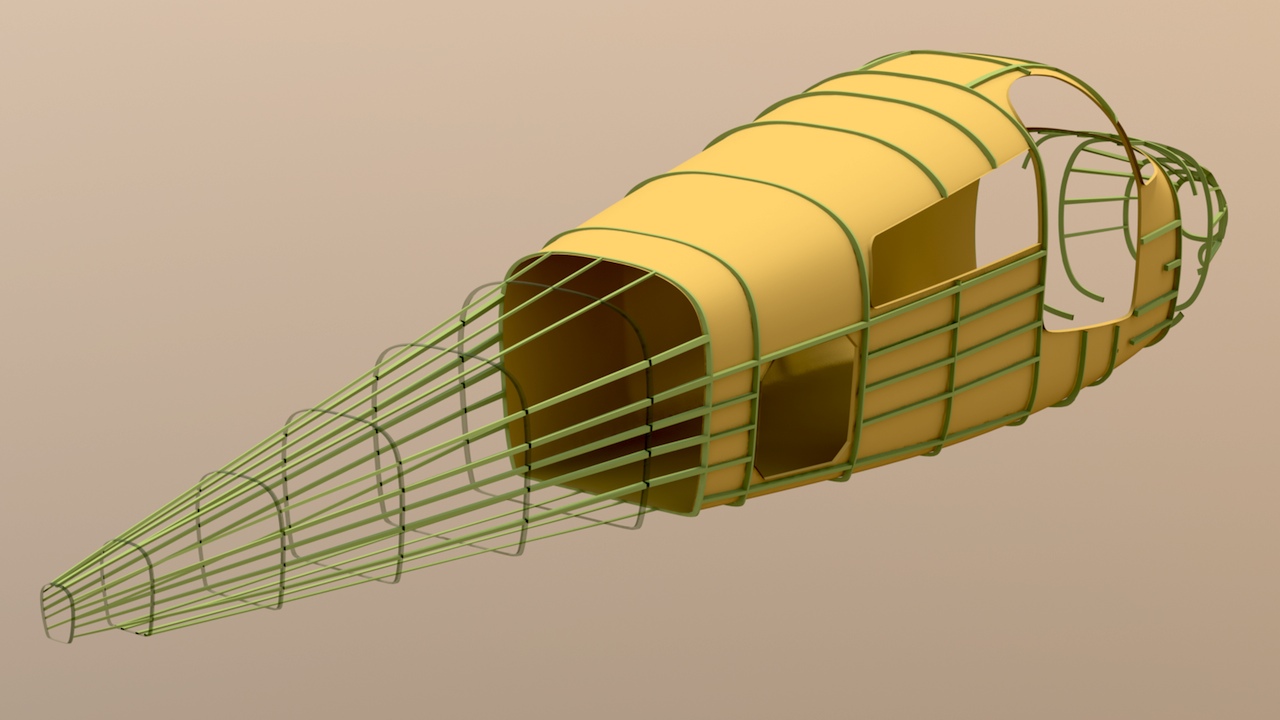 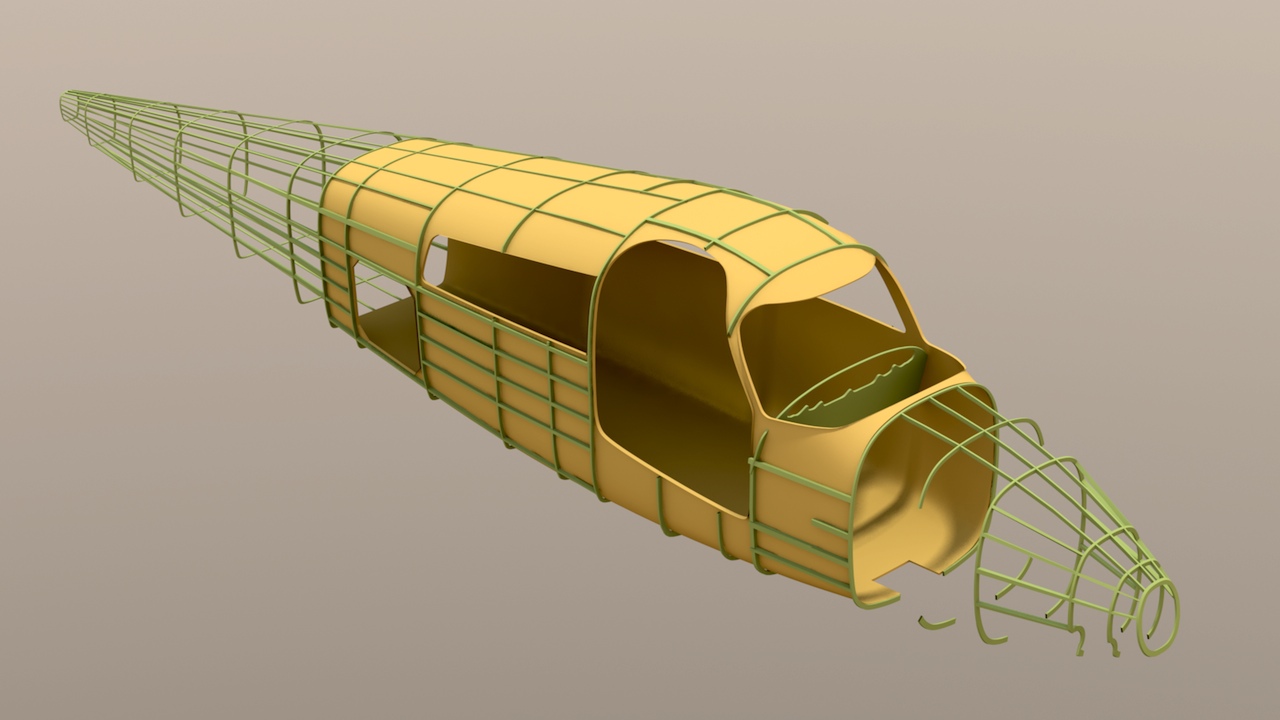 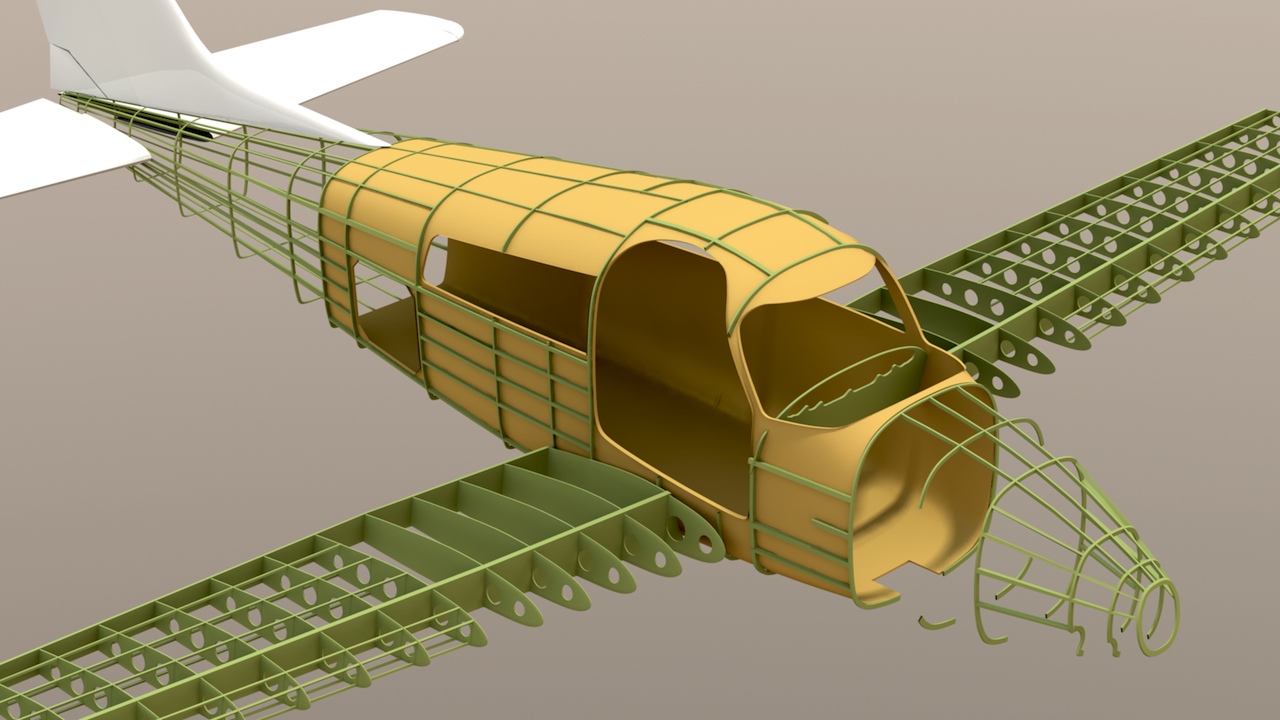 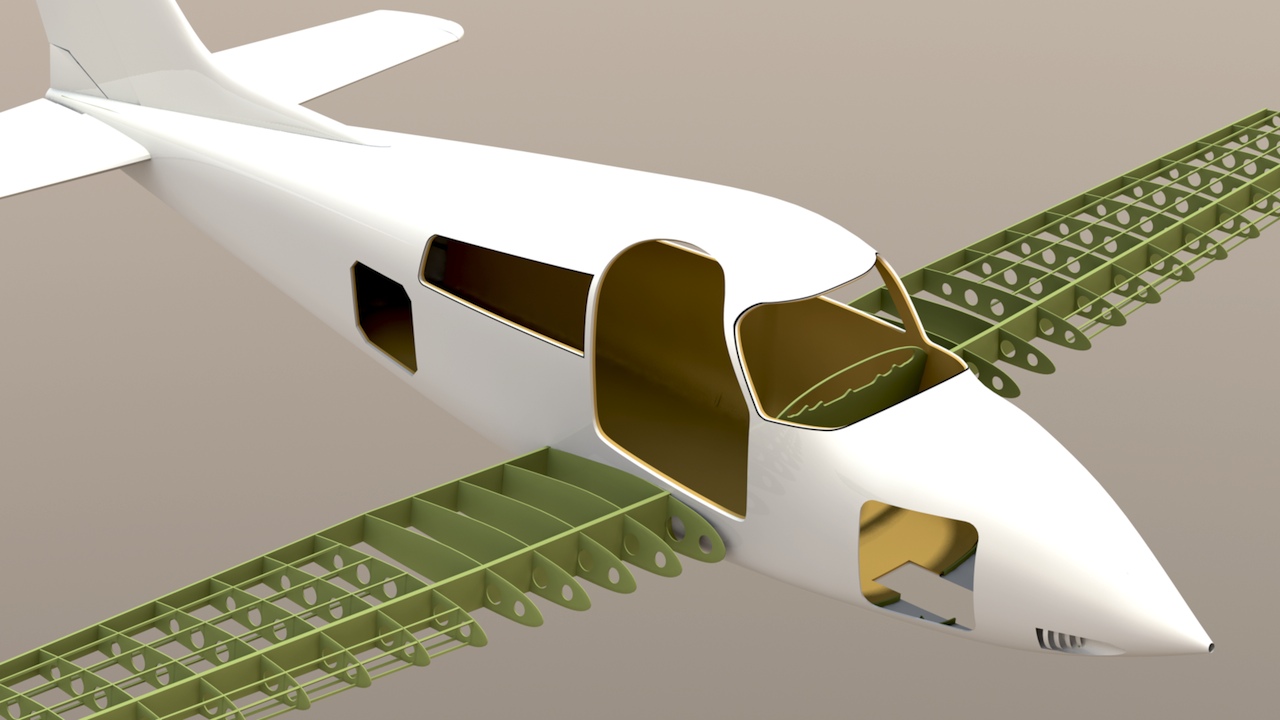 I've added the major internal structural parts for the horizontal and vertical stabilizer, and rudder. (Elevator is next.) 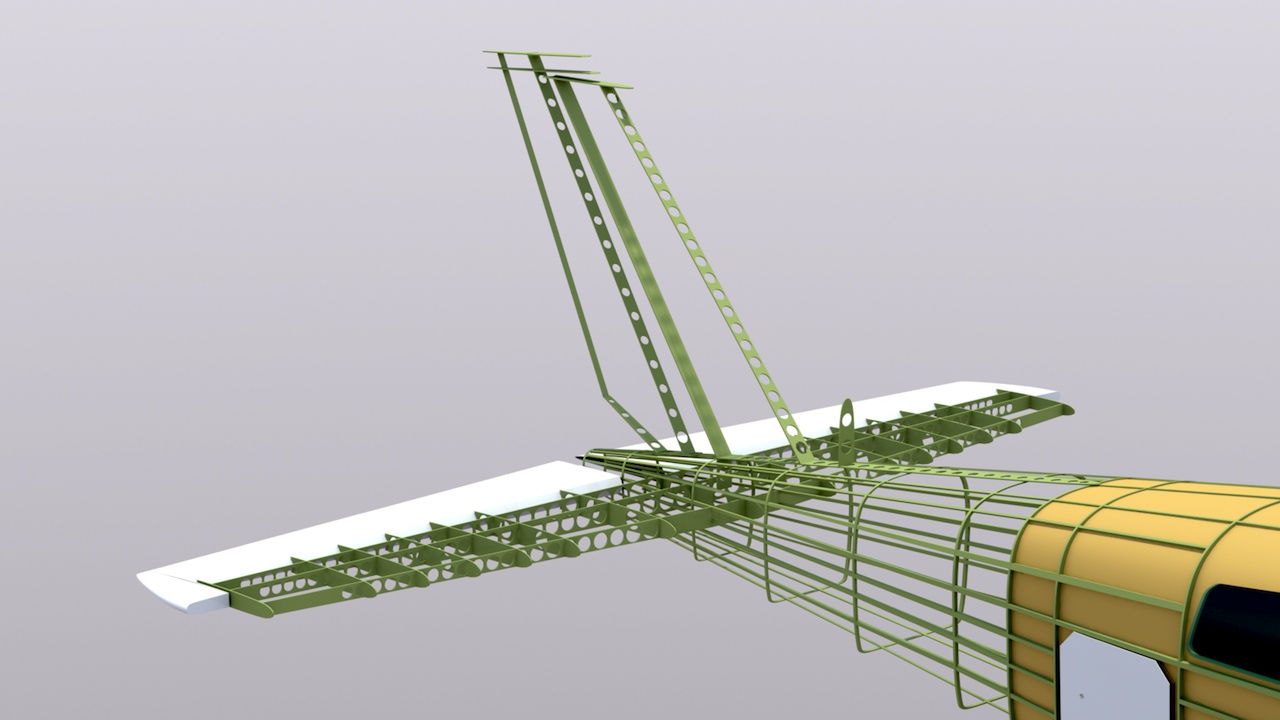 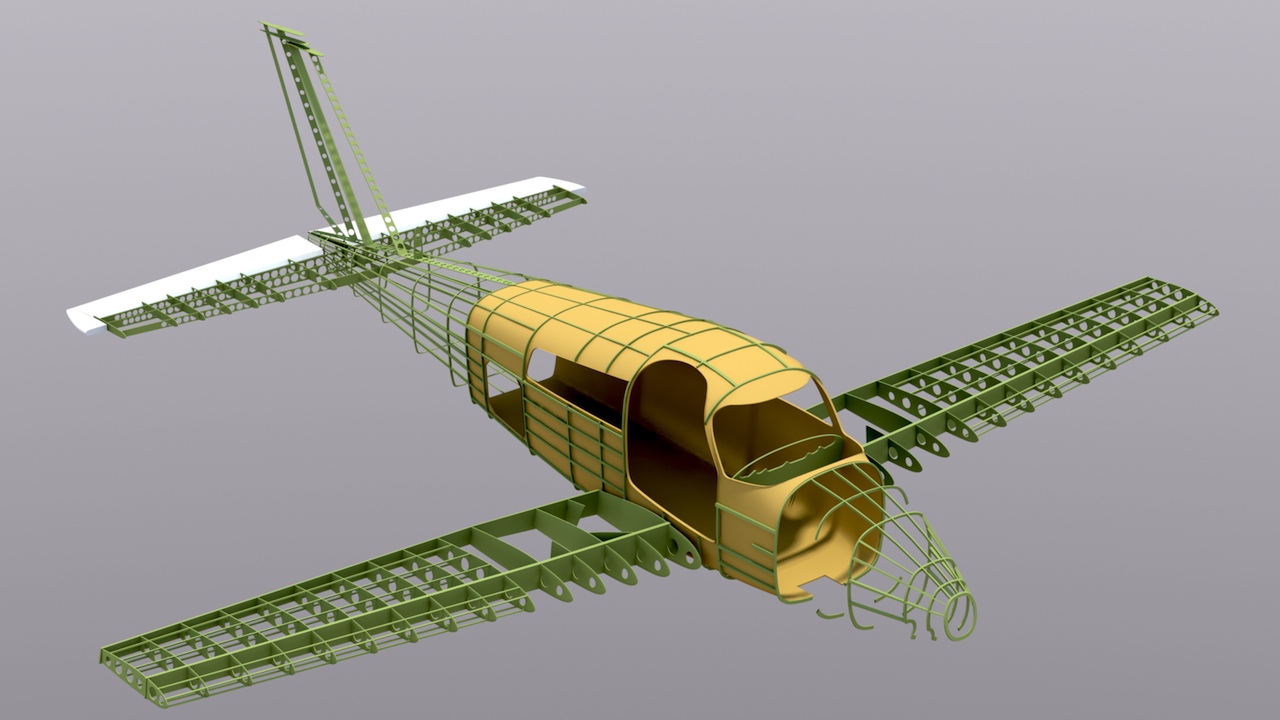 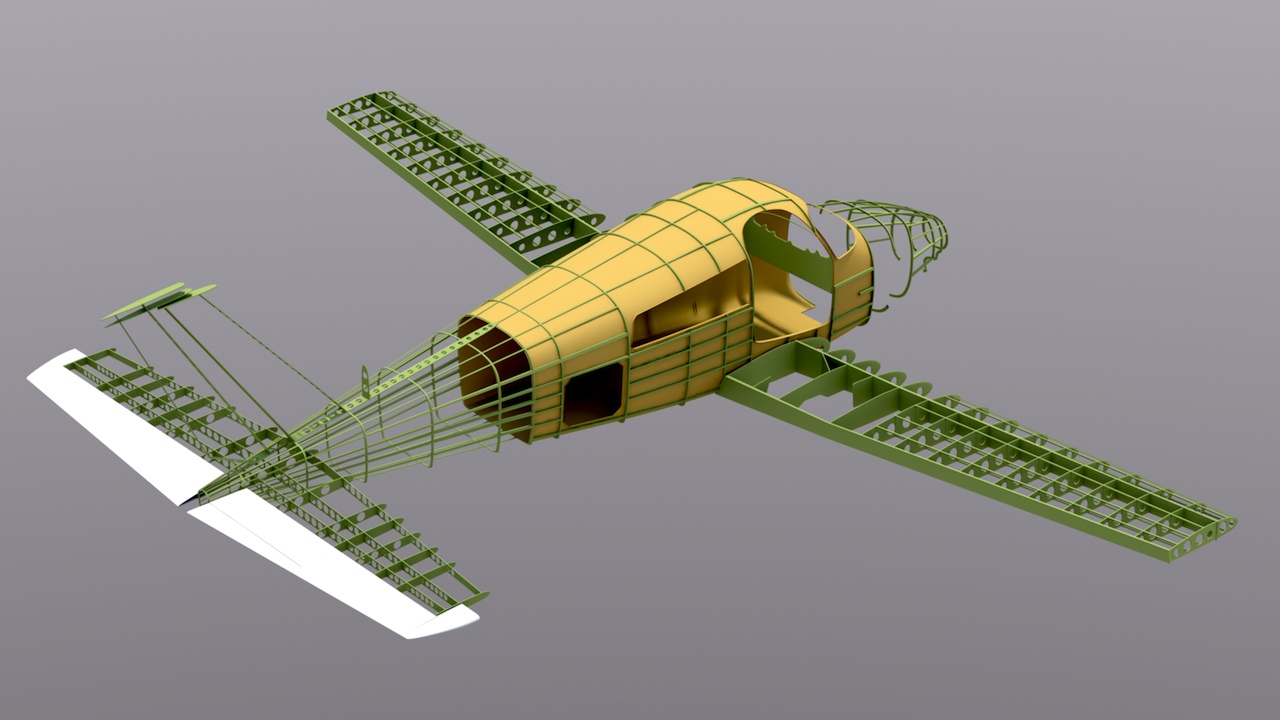 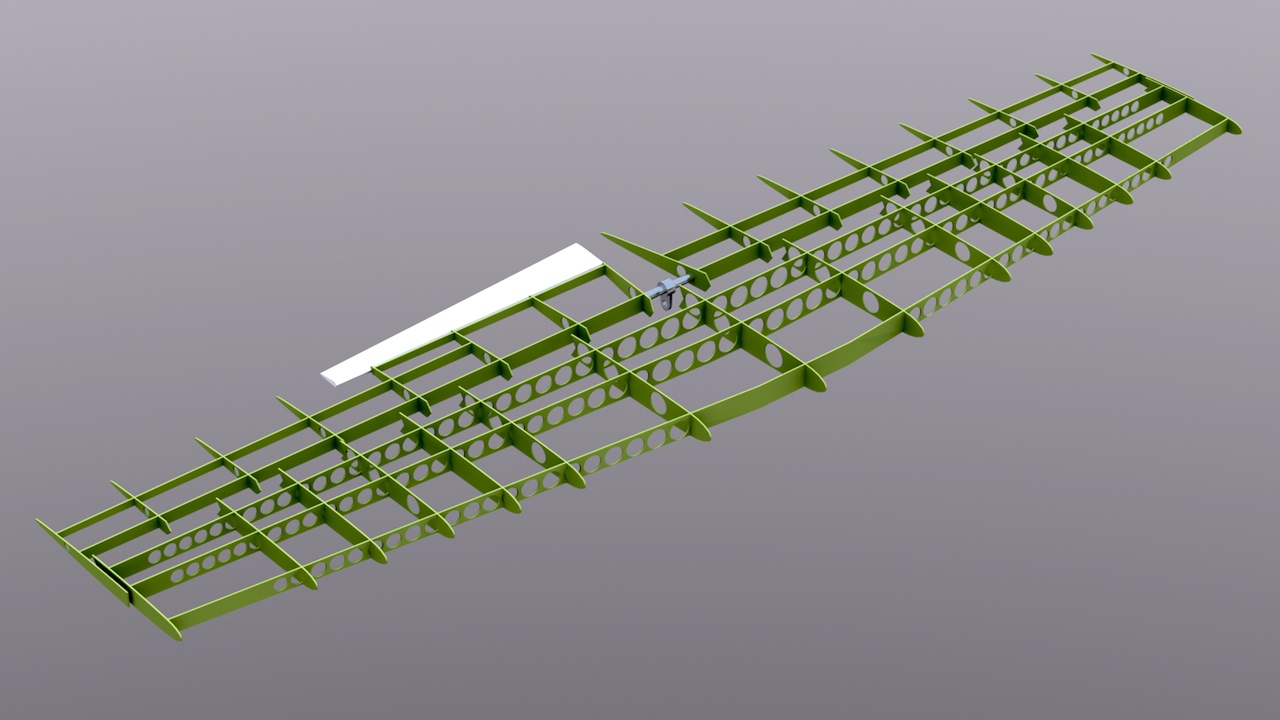 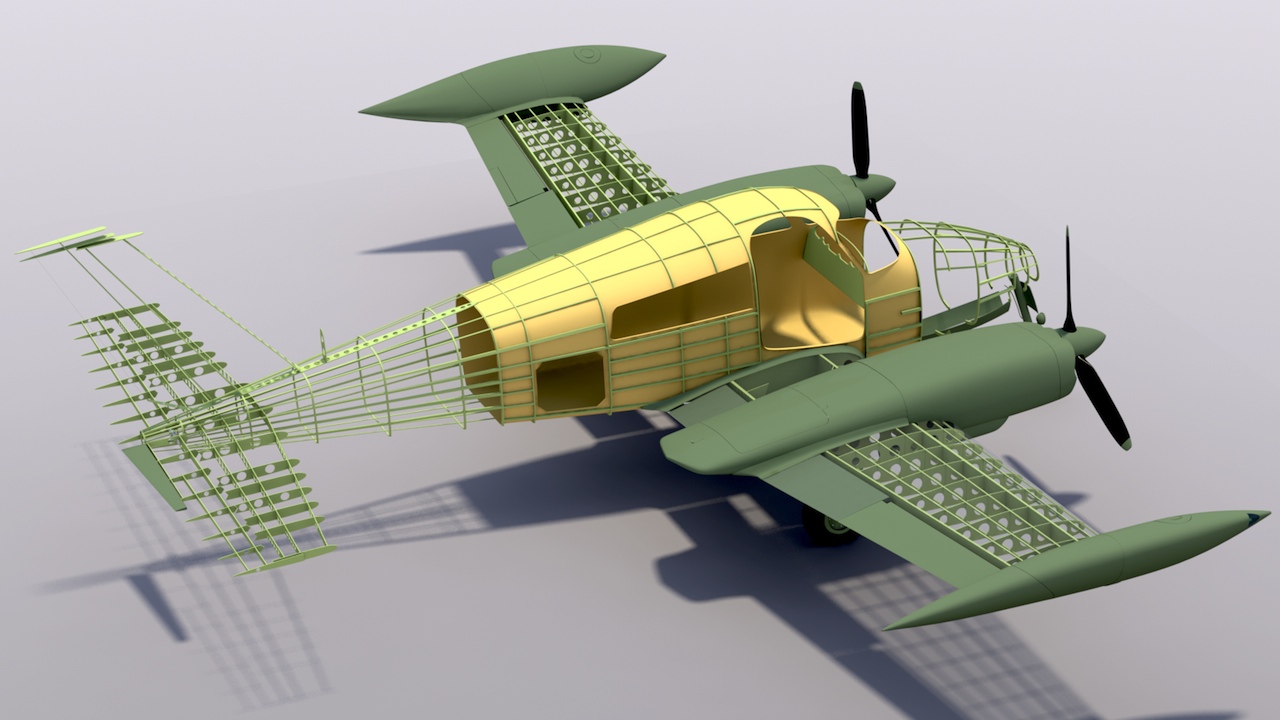