I've started some tests, to see how adding the interior will effect my system resources, and thus, my ability to add a fairly complete interior to this model. Since the seats define how much space is left, and where other items must go, I've added them first. As some of you will know, these are not accurate models of the new-style seats used on this aircraft. But. I'm using replicators in MODO to duplicate three seats... one each, for coach class, business class, and first class. So, building accurate versions of these later, and simply plugging them into the replicator will work, and should take about the same amount of resources. Here's what I've got so far, which only added a couple of megabytes to the file size. 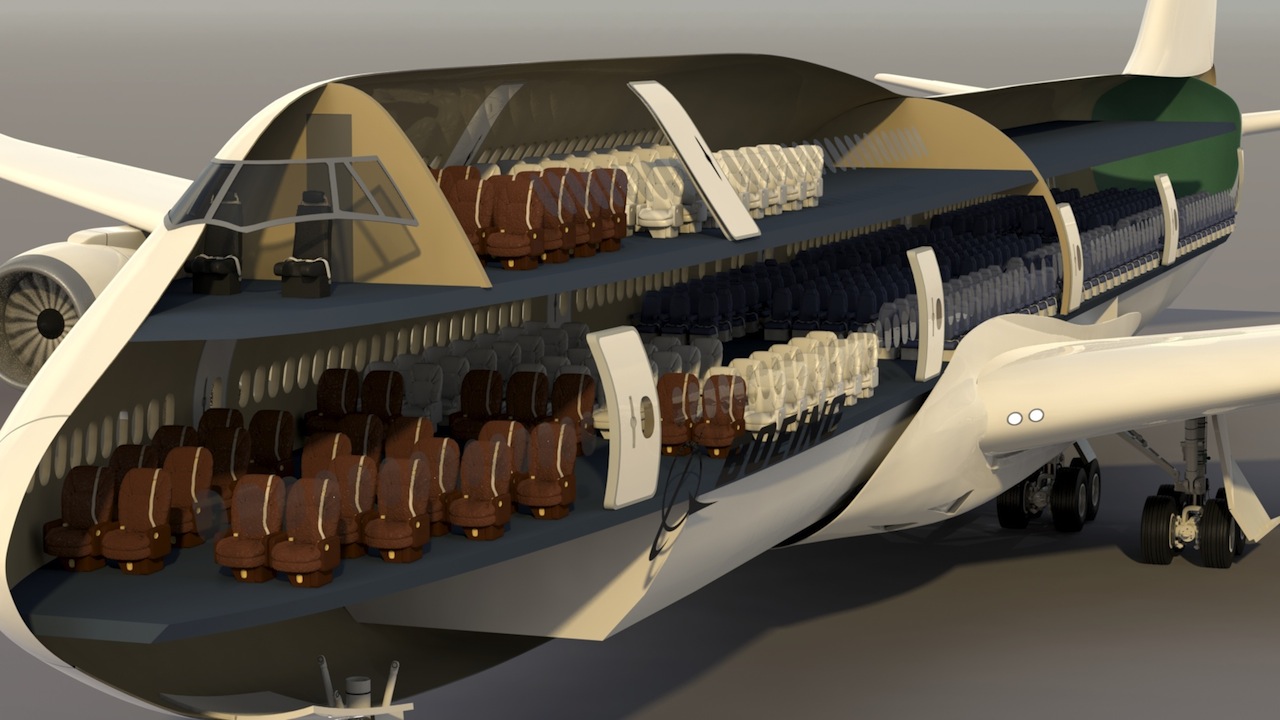 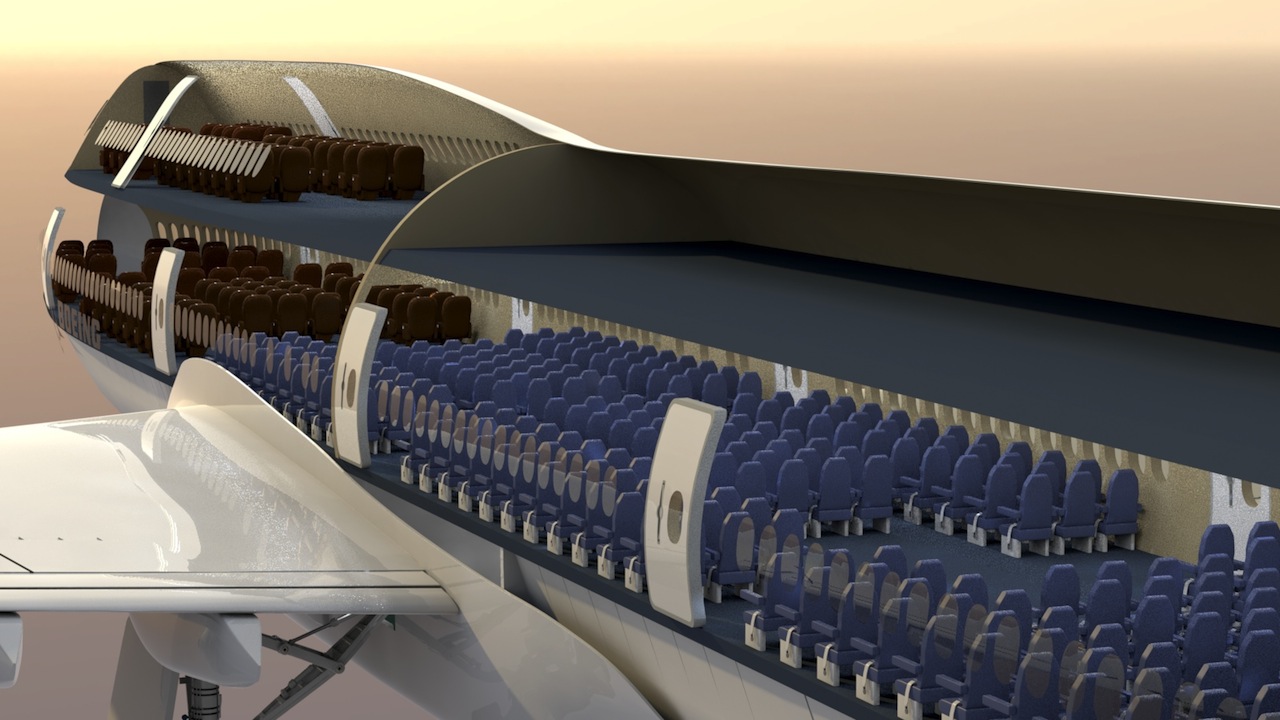 The rig in action:

Here are a few renders showing the rig in various states. The first is a familiar view from the cabin, followed by a series of images ranging from the cruise configuration to landing. 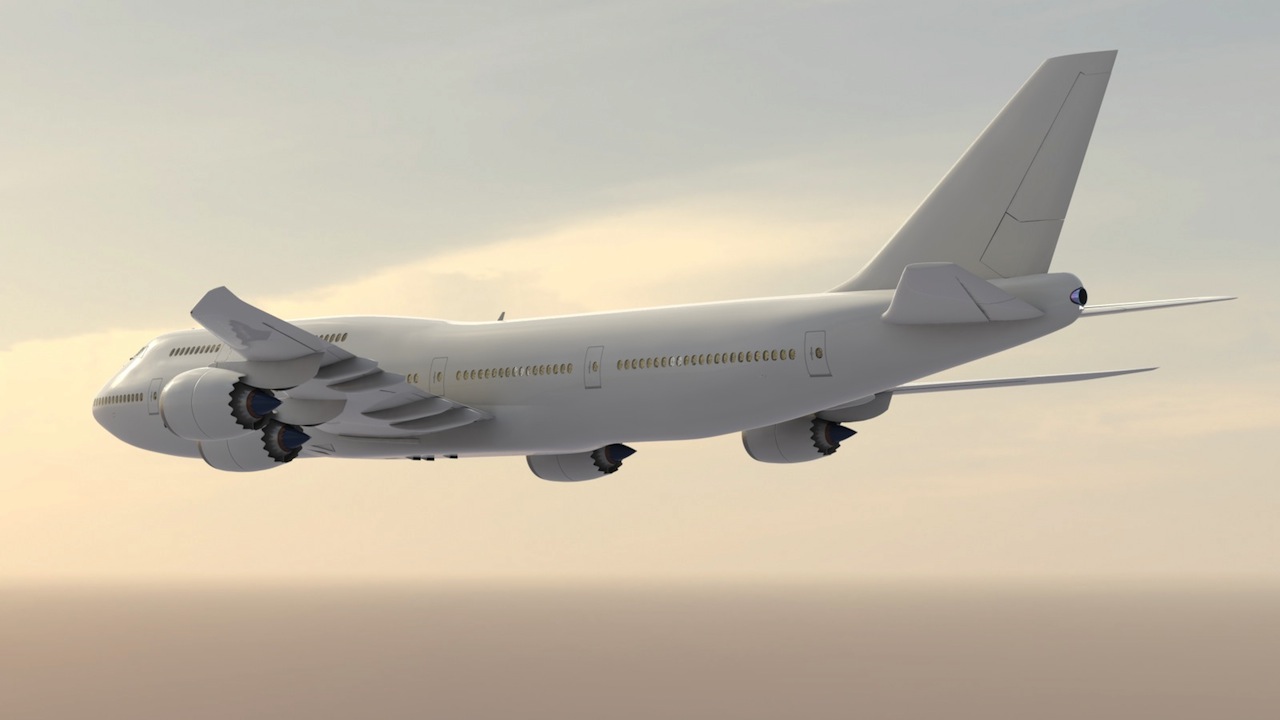 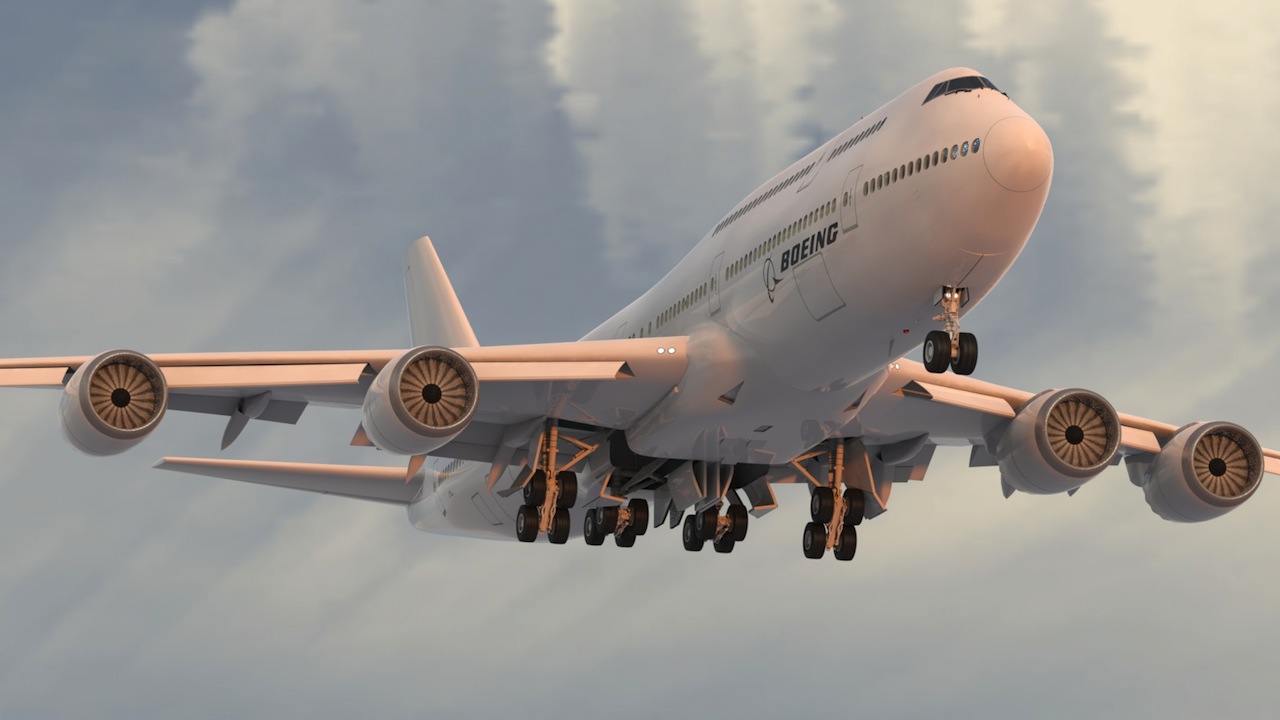 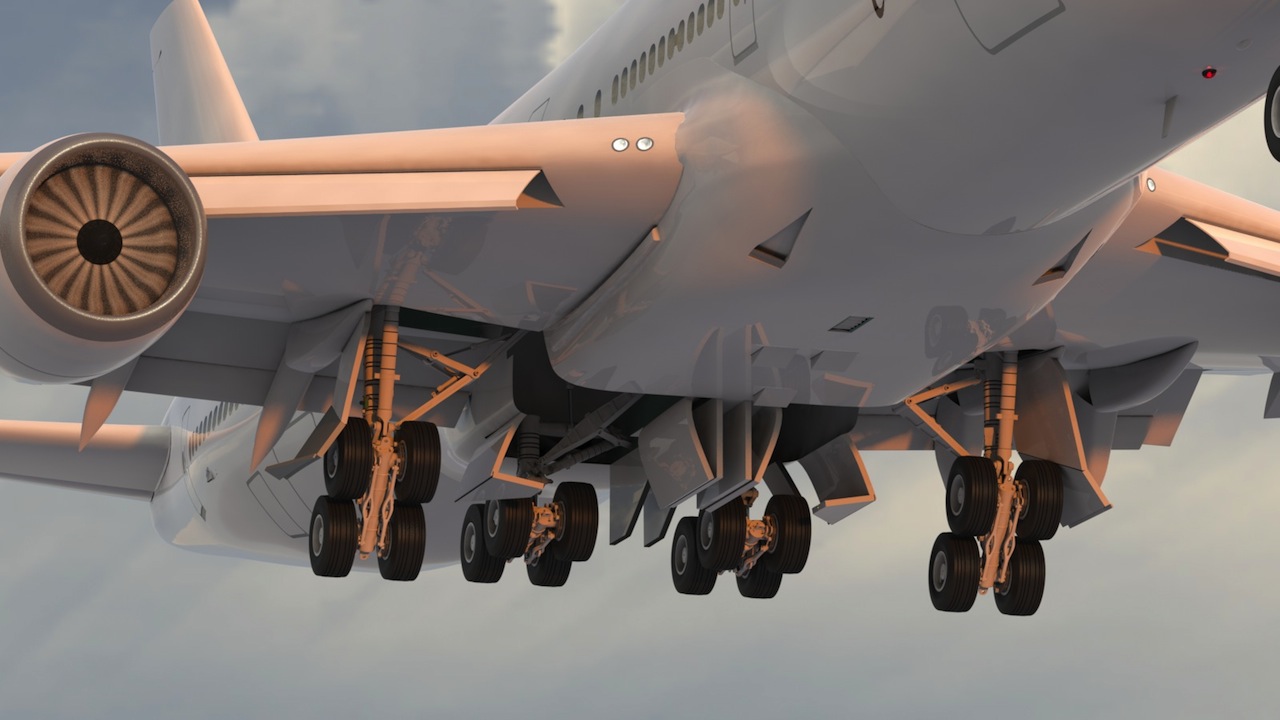 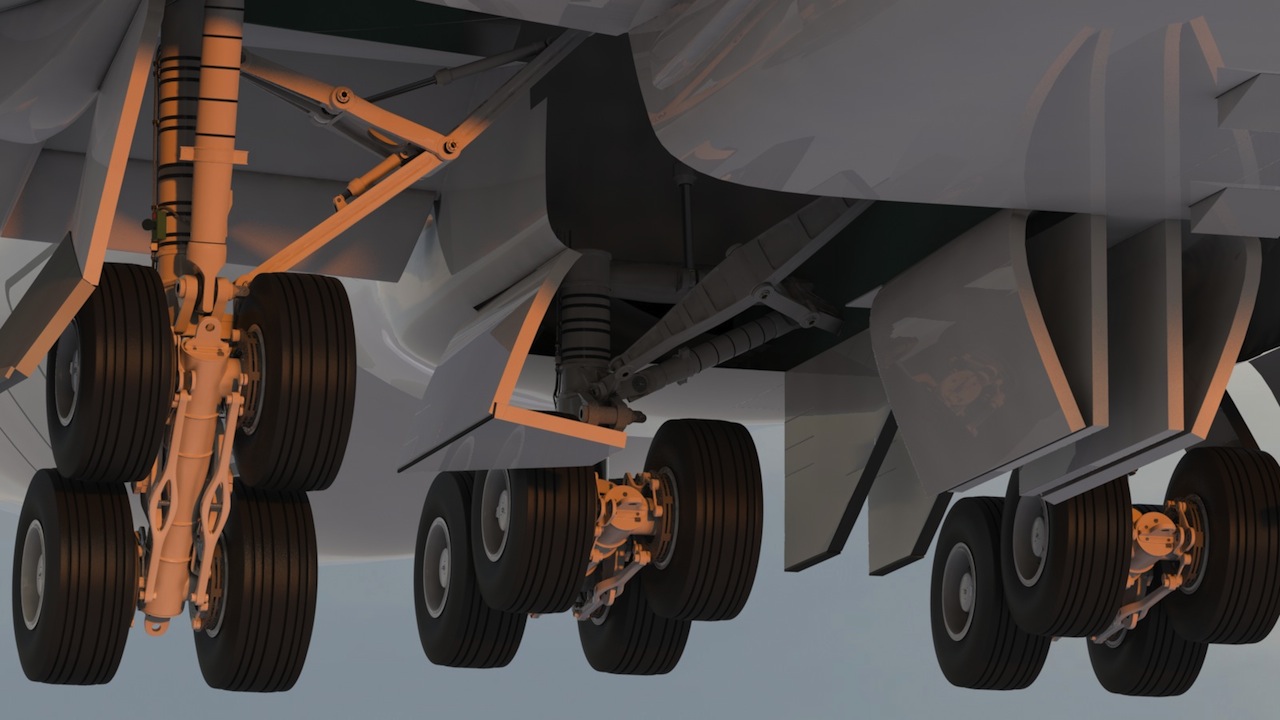 A pause, for something completely different...

While doing research for this project, I found a photo something like the render below, of an abandoned and derelict 747. It prompted me to spend a couple of days creating this image, for a change of pace. 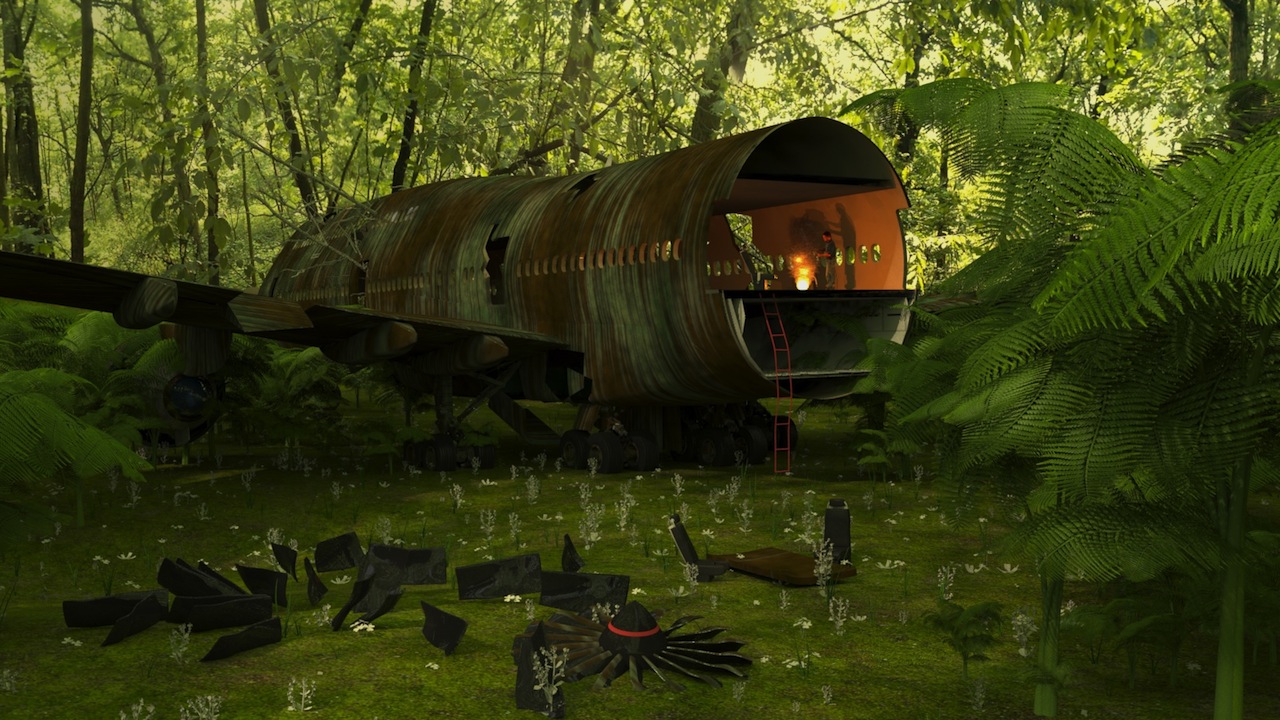 Here's how it was done:

First, the aircraft was broken up into pieces, and scattered around a slightly-sculpted ground plane. The ground itself was texture-bombed, using texture replicators, with about 4 different images.

Odd-shaped boolean cutters were used to remove parts of the fuselage, as though it had been damaged, and a tree was inserted through one of the holes, and there are various places around the aircraft where plants are growing through other holes. Some parts were buried partially in the ground, as though the parts had been there for a long time. Some of windows were removed, to add to the aged look.

Next, a partial cylinder was created, and a panoramic jungle image was mapped to it. Then, a gobo was placed in front of my (physical sun) light, which was an alpha image of some trees. This cast shadows onto the aircraft, ground plane, and foliage, which was added using replicators. The shader for the cylinder with the panoramic image was placed above the base shader, and given it's own shader, to prevent shadows from casting onto it. The same idea was used for the gobo, so that it wouldn't cast any shadows onto the scene, aside from the ones I wanted, which came from the alpha-masked tree image.

After the camera point of view was finalized, the points for some of the foliage were moved around, to allow a clear line of site to most of the aircraft. I removed parts of the engines and wings, and a couple of seats, and added a rope ladder, to make it look like people might have used the aircraft as shelter. Finally, I added a small fire and a single human, on the upper deck. The whole aircraft is tilted slightly forward, and to one side, as though it's sunk into the dirt a little.

The overall aircraft material is a pretty large group of colors and layers, to achieve the effect here, which I'm constantly tweaking. Several occlusion shaders were used to modulate different effects, and a couple of noise layers (with different parameters) were also used. (There is no UV map for the fuselage.)

This scene is about 96 MB, and is rendering 169 million polygons. 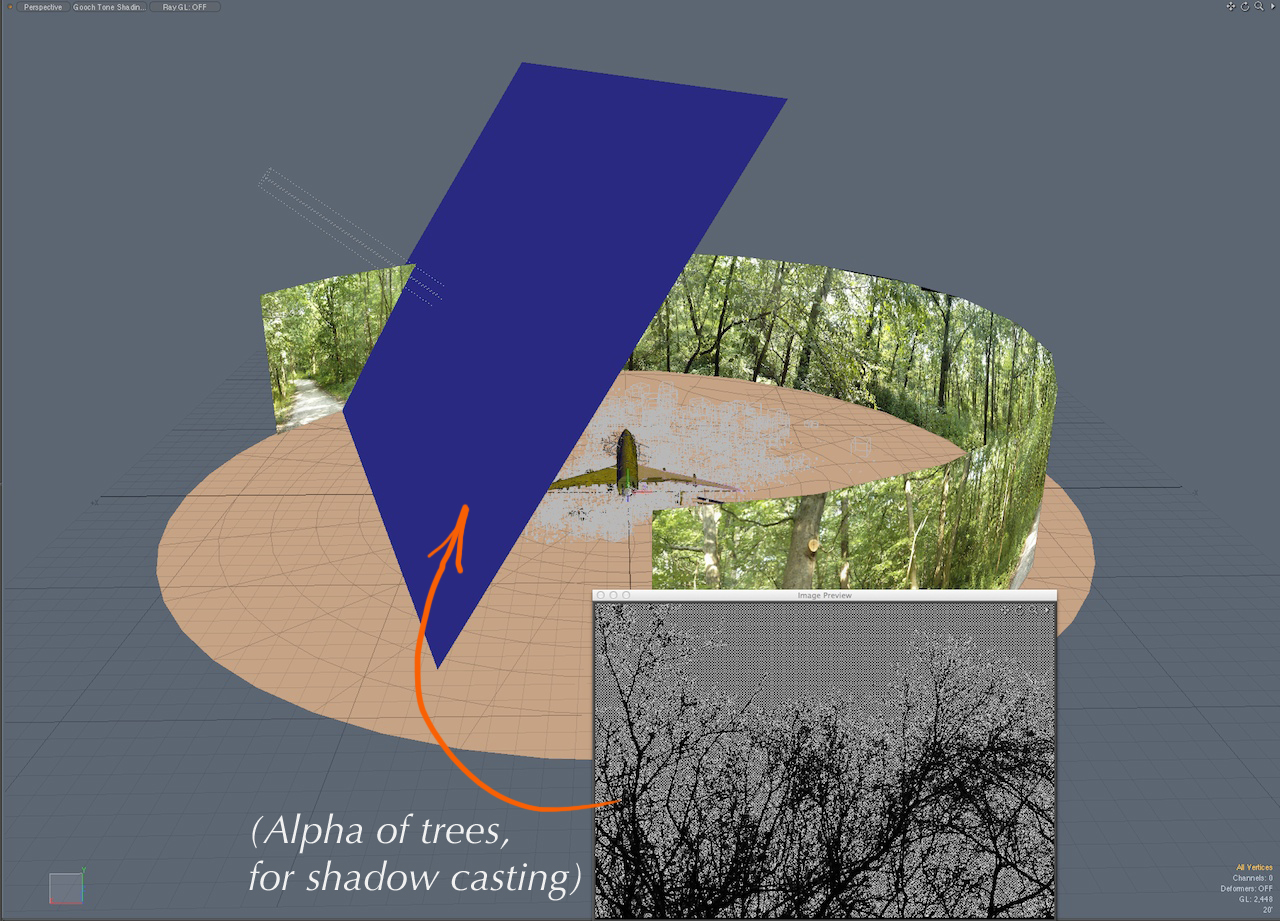 I'll be back to working on the interior soon. Here are a couple of descent and approach renders. 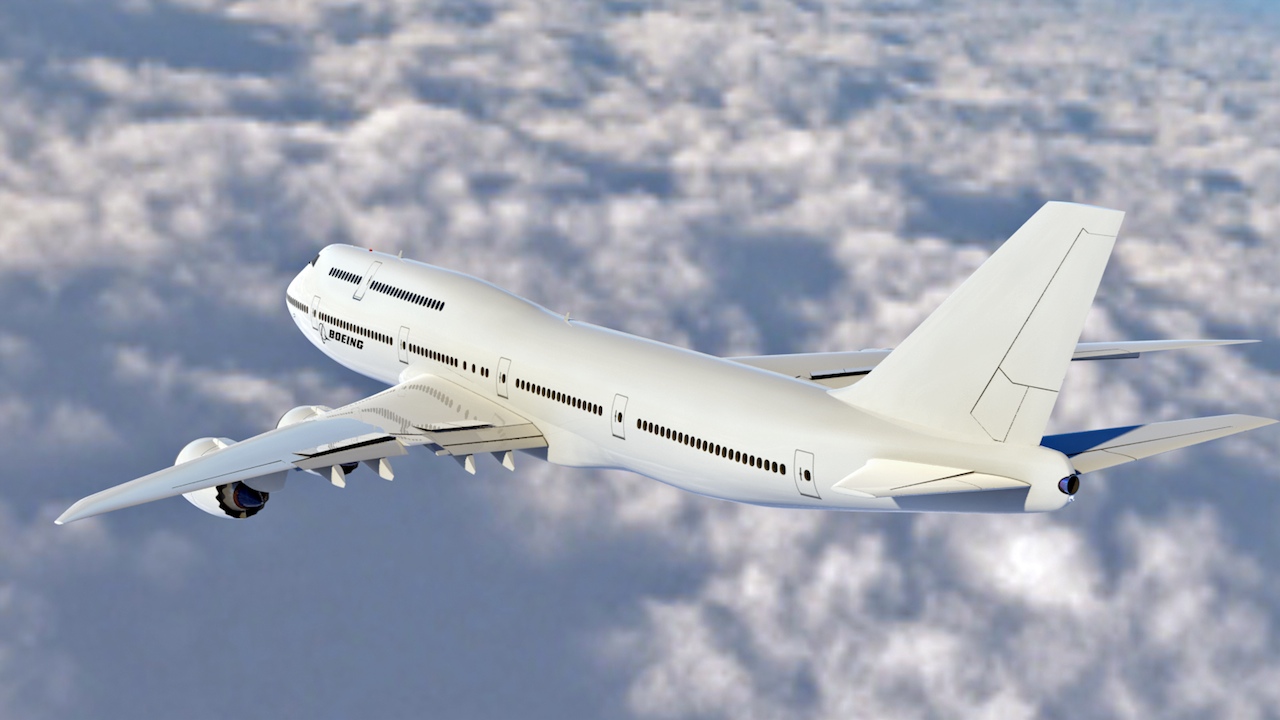 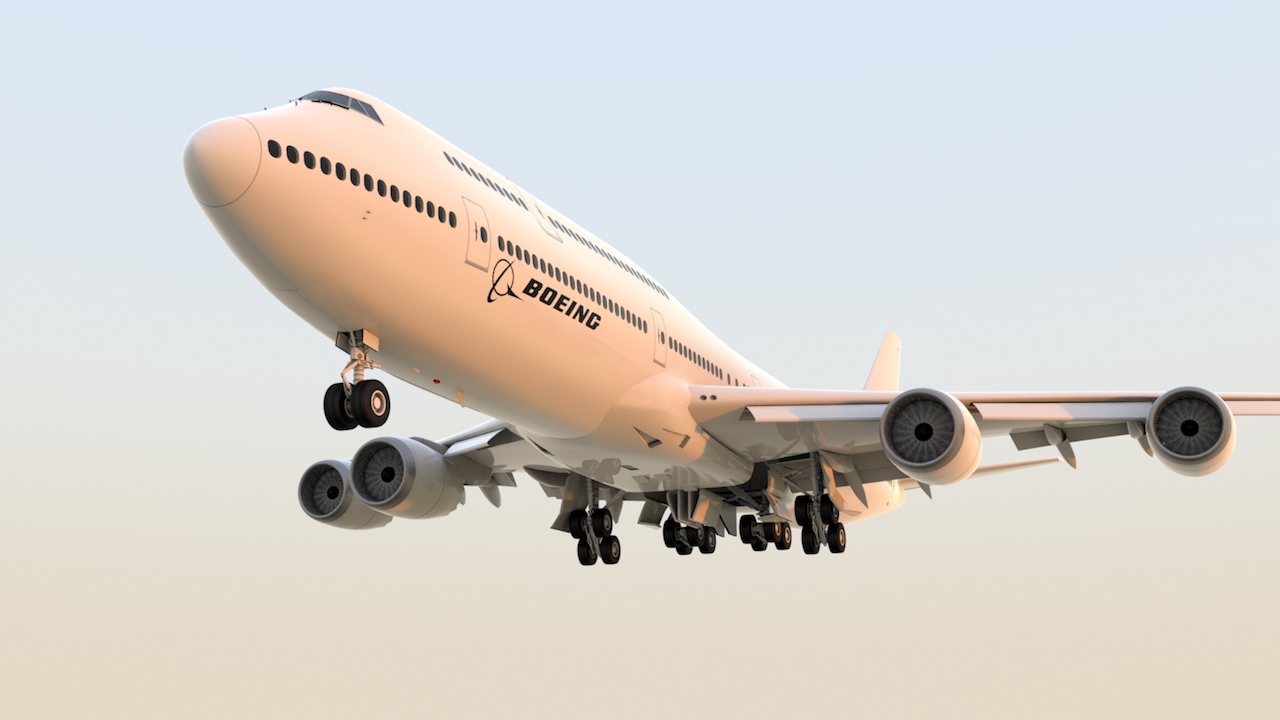