First step was to finish cutting out the upper deck exit doors. 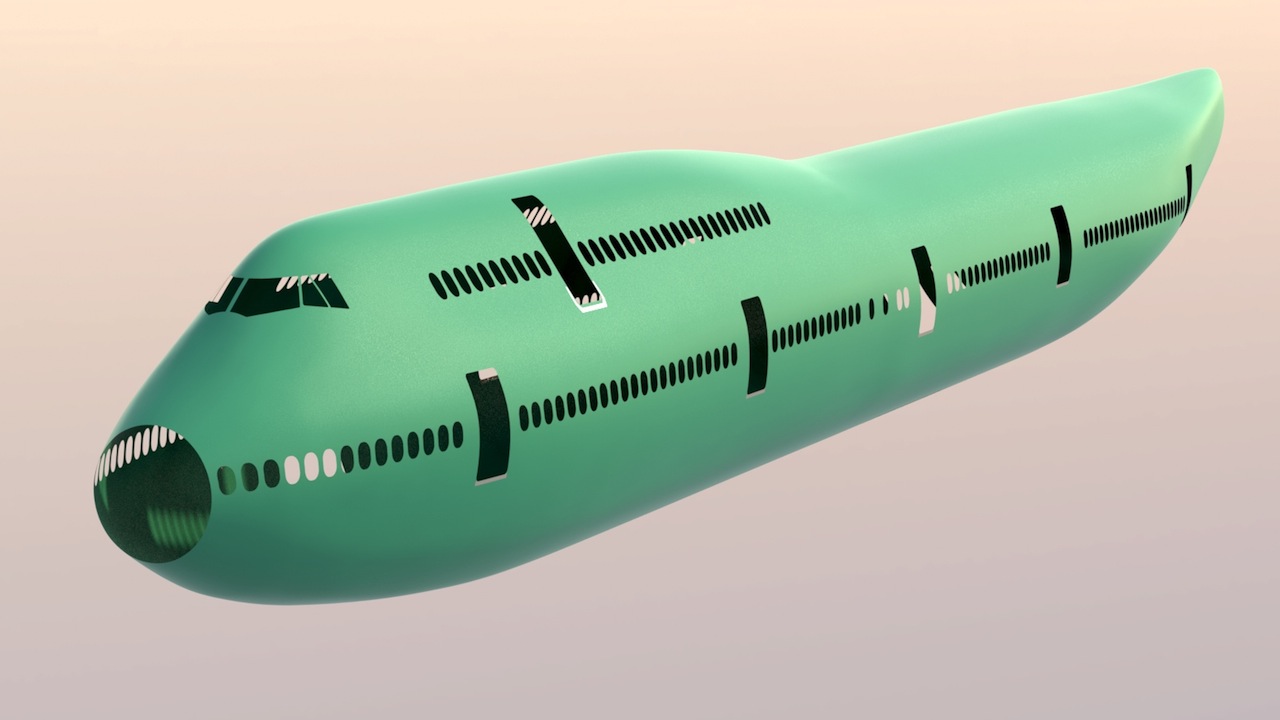 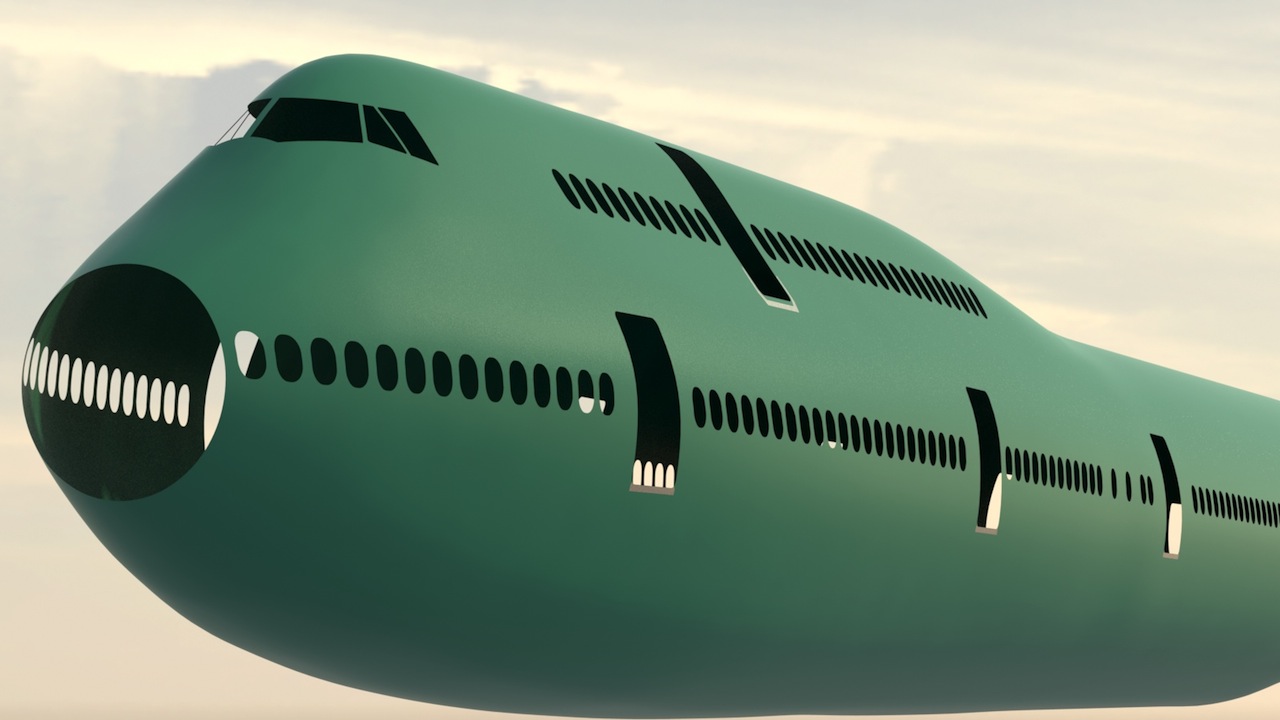 I took some time here to add some of the obvious details around the cockpit area of the nose, including the windshield wipers, and some sensors. (I'll get to the windscreen frame soon.) 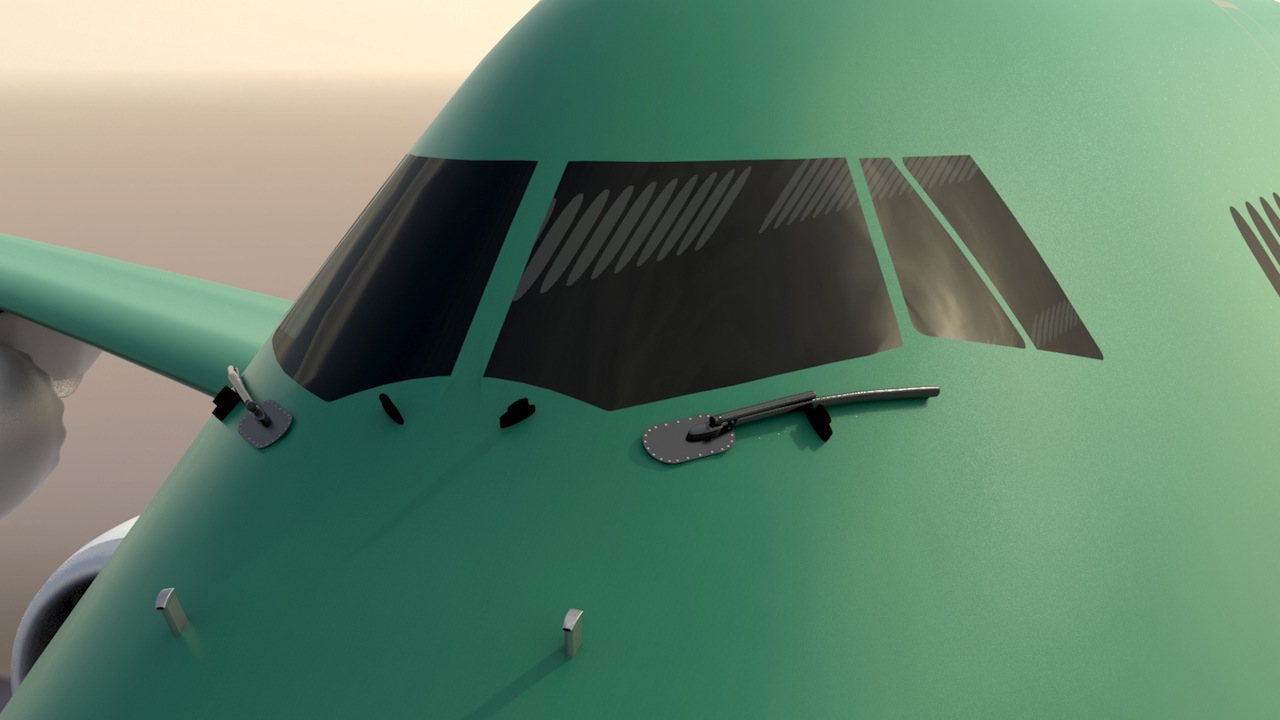 Everything assembled for a render. 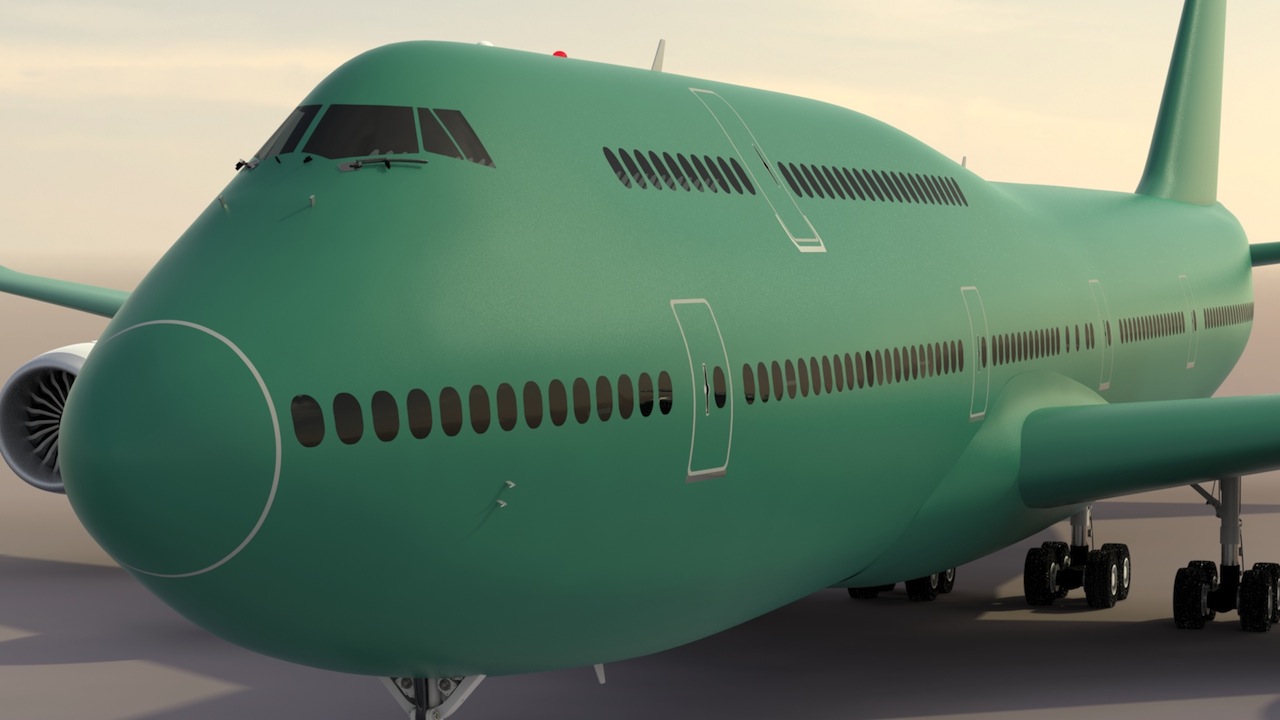 A brief tour of the model:

I've cut the moveable parts out of the vertical and horizontal stabilizer now, so they can be animated later. 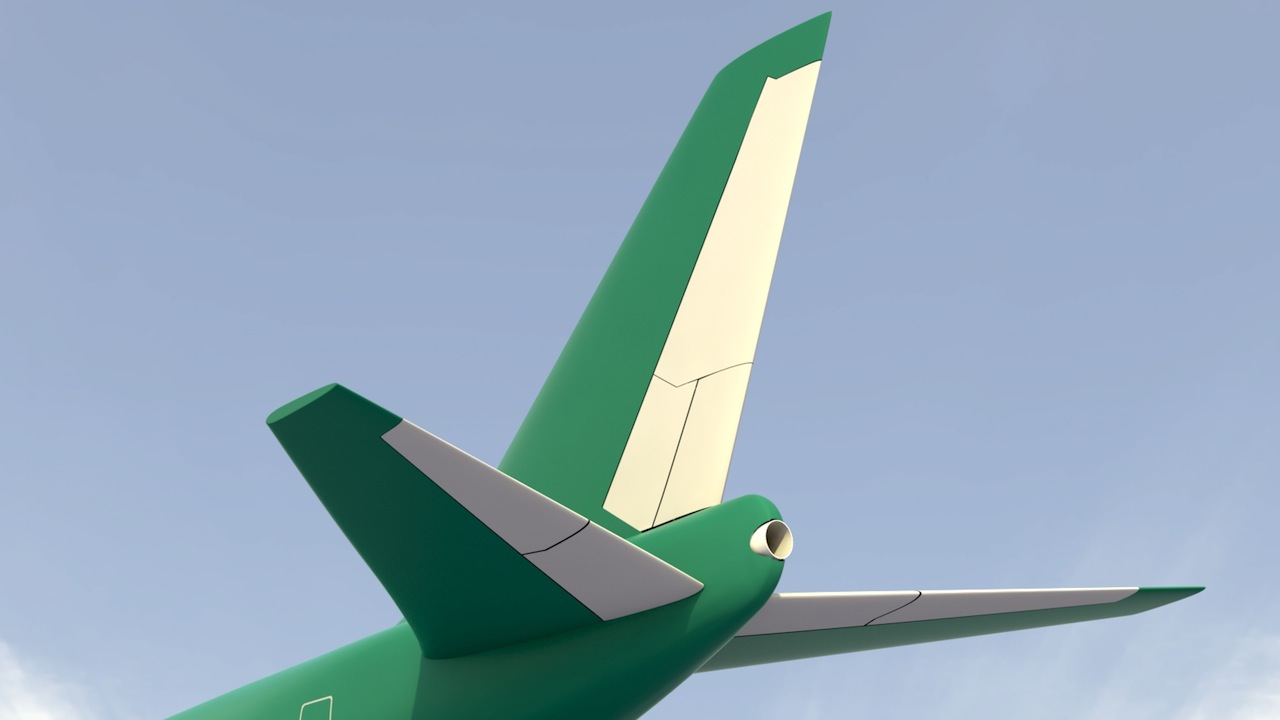 I felt that it was smart to map out the major interior parts, so that as I build landing gear supports and other items, I could check for interference. So, here are the two major floor plates, the cargo area, and the major cabin bulkheads. 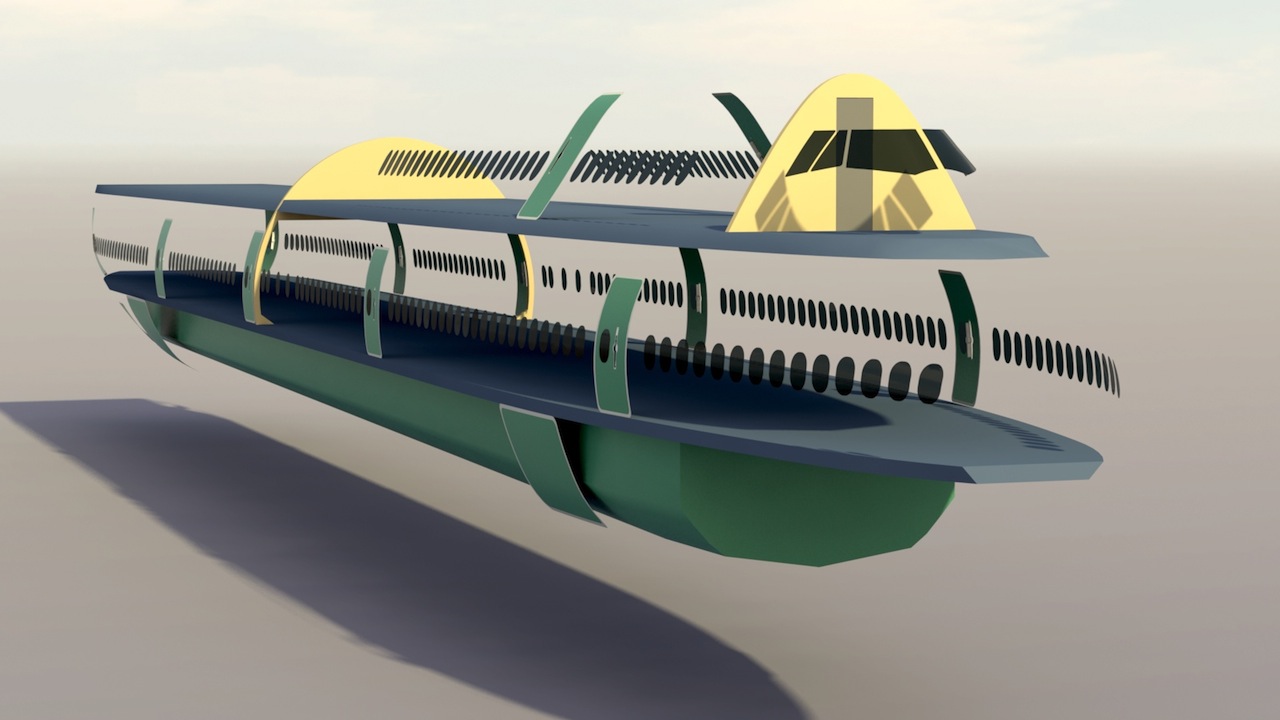 After looking at the model with highly reflective surfaces, I found that the wing/fuselage fairing needed some adjustment. So I spent more time on that, and am pretty happy with these results. It's important, not only for appearance, but because there are a LOT of parts to cut out of it later. (gear doors, vents, etc.) It's also an interesting part, because it should be smooth, yet have a visible edge, as on the actual aircraft. 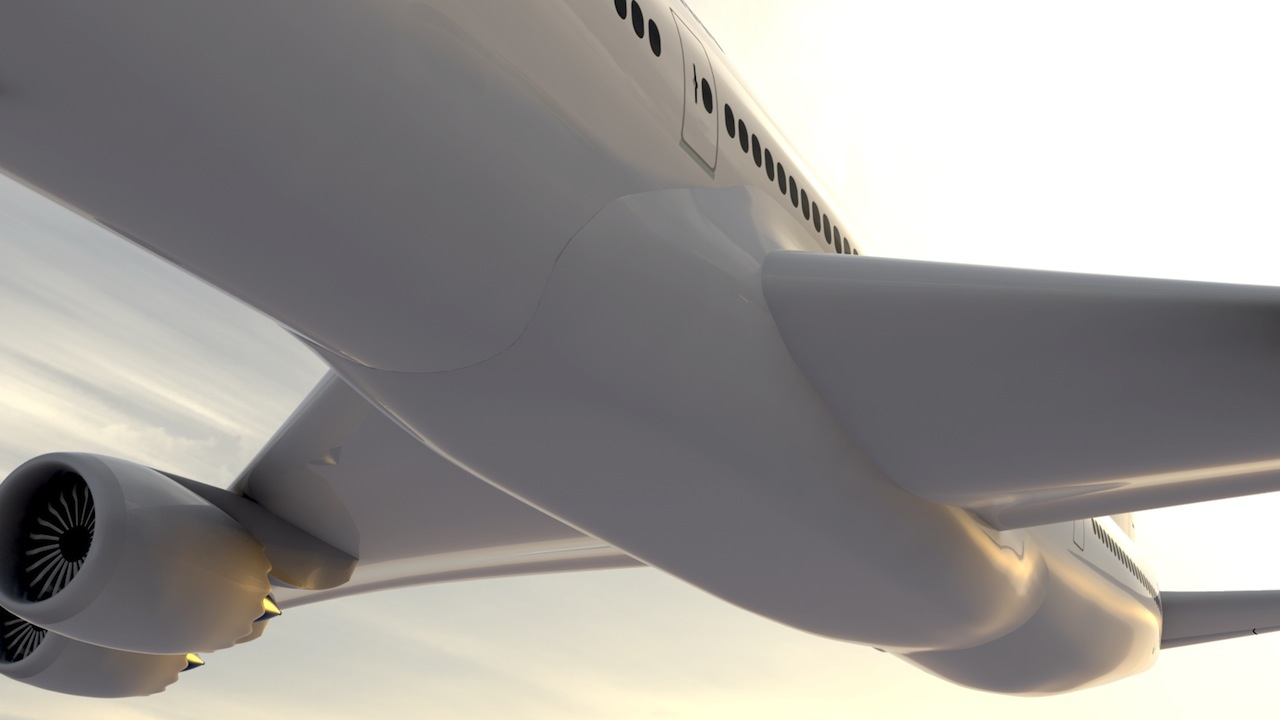 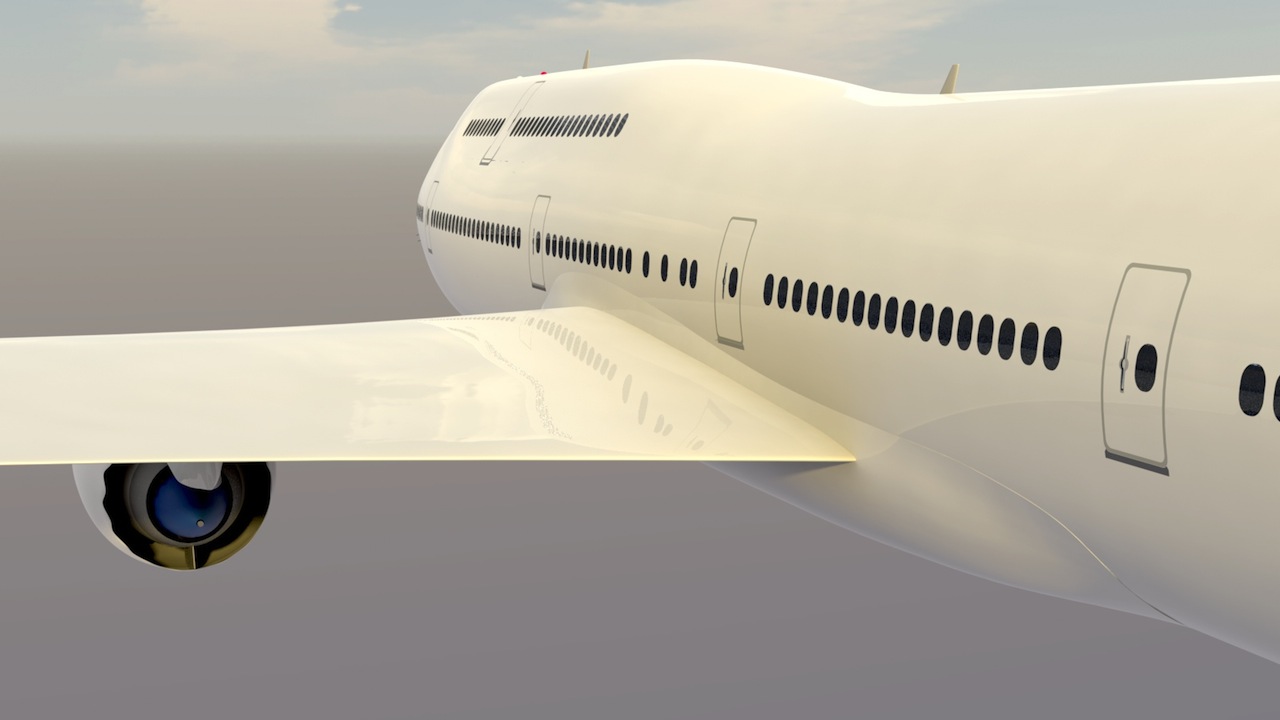 This landing gear is a stand-in set of parts, borrowed from my 787-8 project, The reason I'm showing it here is just to point out the complexity of the problem. There are 16 wheels in the main landing gear, plus two wheels for the nose gear. Complicating things further... The inboard main gear is different from the outboard main gear, both in appearance, and in the way they retract into the fuselage. So, while not accurate, these next two images point out the issues. 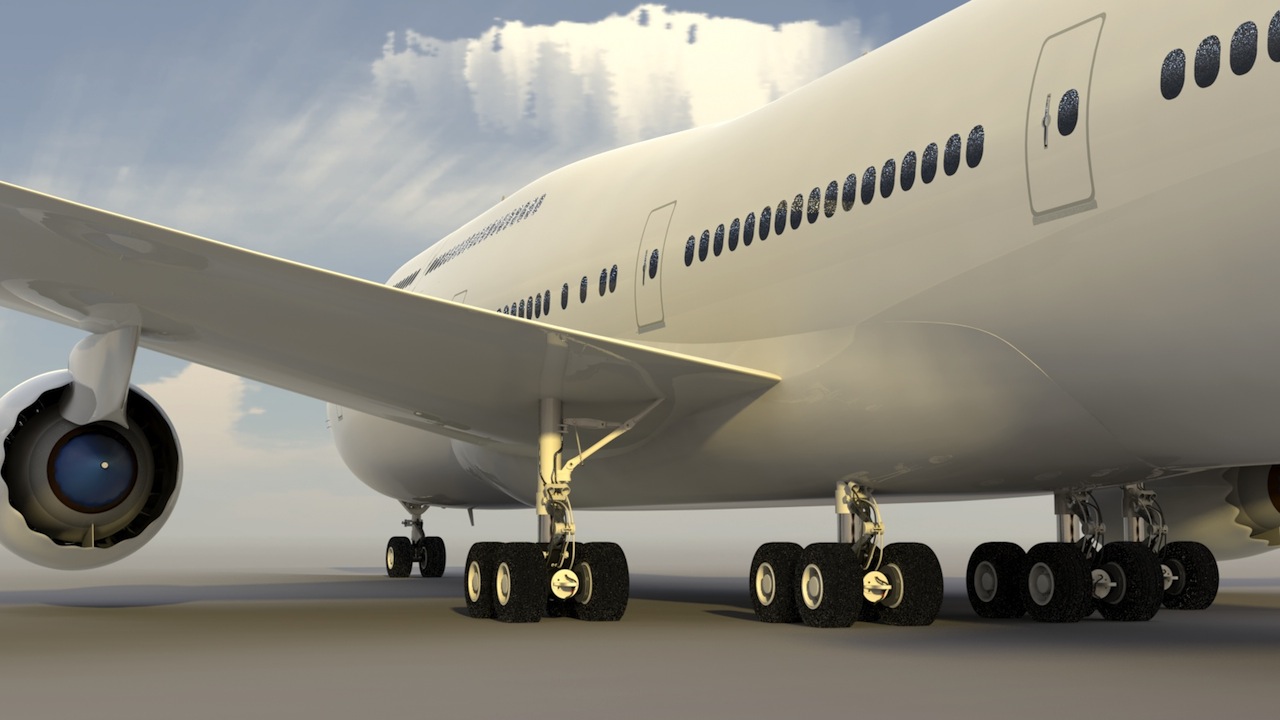 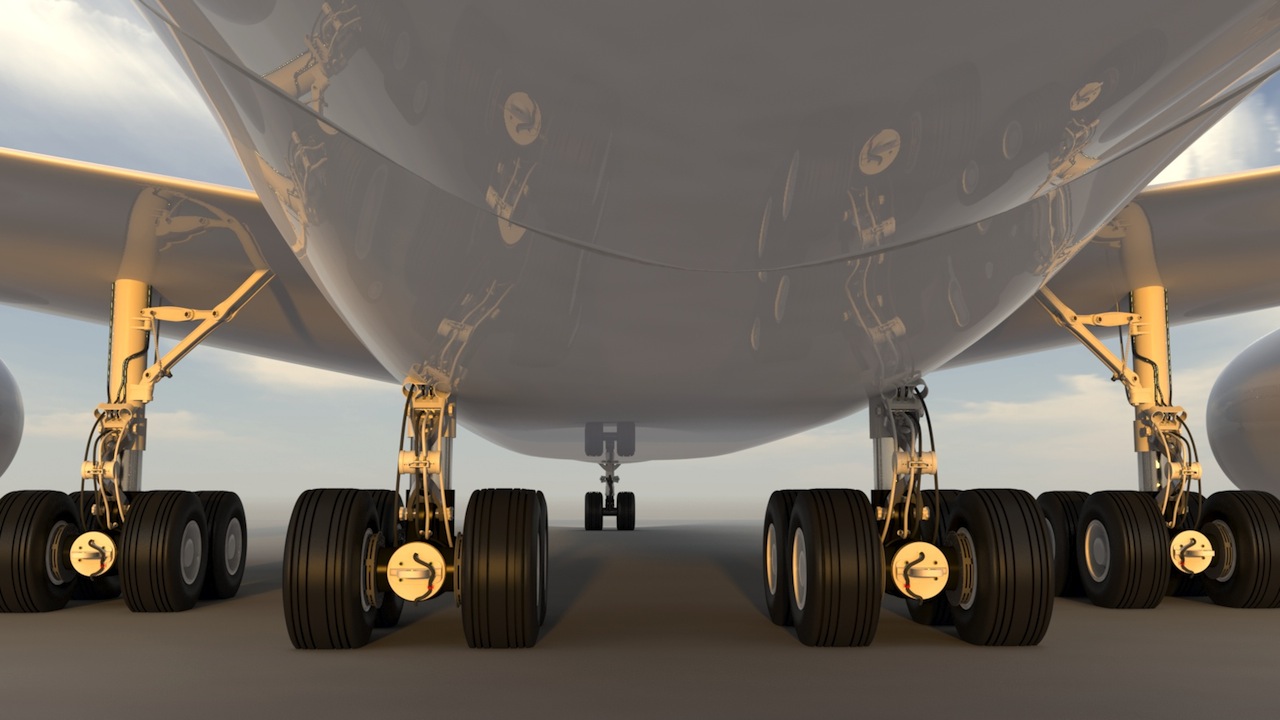 I've kept these landing gear parts in the model to give a sense of where everything goes, and also because they take up about the same amount of system resources as the future parts, which helps me manage the file size. So, my plan is to work on the wings next. Once all the moveable wing surfaces are cut out, I'll come back to the landing gear and landing gear doors. It'll be fun!