I often go back to parts and edit them, when I receive a photo or drawing that points out an error. I'm especially happy with the way a few of them are going, thanks to Jon Larson and Terry Sullivan's help.

Another habit I have is to insert some rather clunky stand-in parts, during the build process, so I get a feel for the usage of space. You can see that in this first image, I've inserted an engine, which is not scale by any means, but which will help me plan other objects around it. As time goes on, I'll model the engine accurately. I've also added the fuel tank, which you can spot by looking at the red fuel cap, inboard. 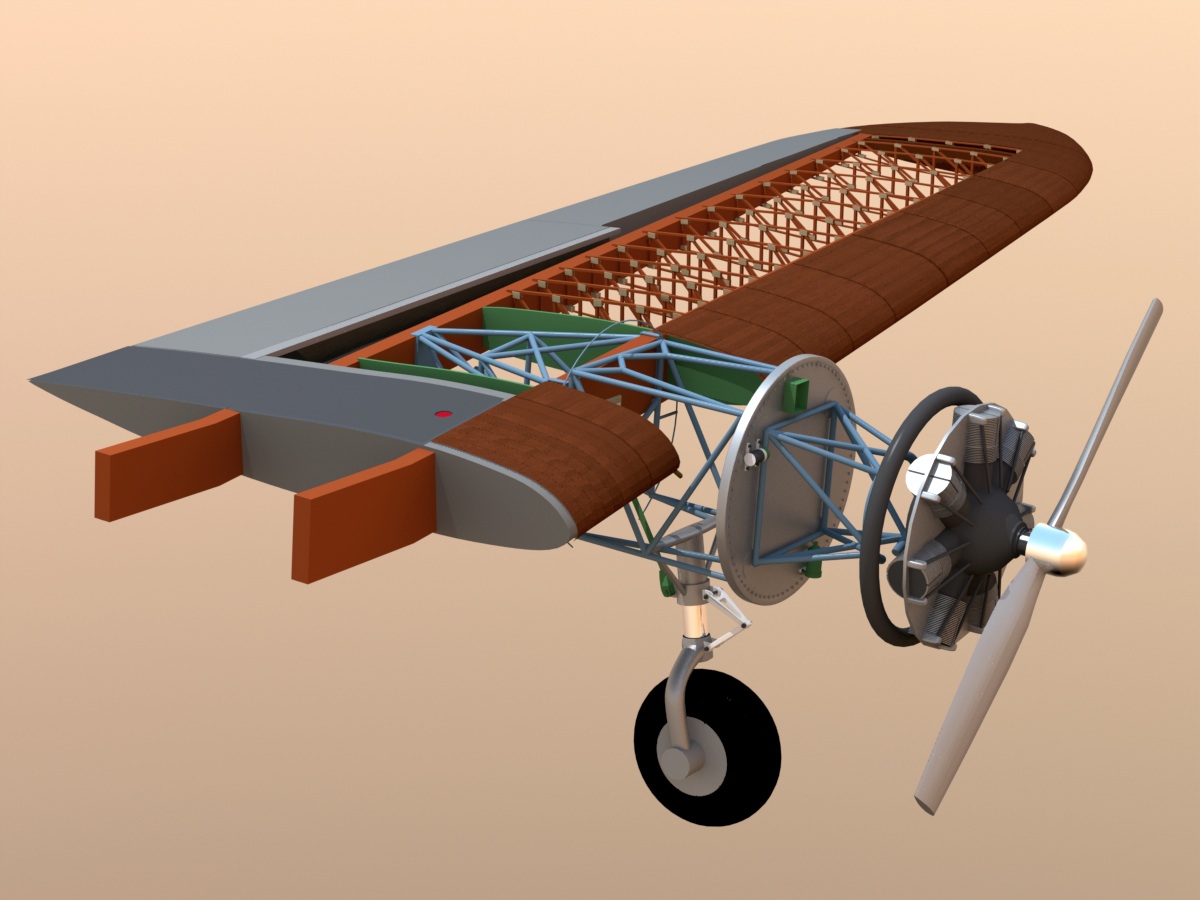 One of the stand-in parts I just replaced is the spinner on the propeller. This aircraft used Hamilton Standard 2B20, non-feathering props, and now I've modeled the hubs accurately. The propeller is a generic one from past projects, and it will be replaced with one having curved tips, as on the original. 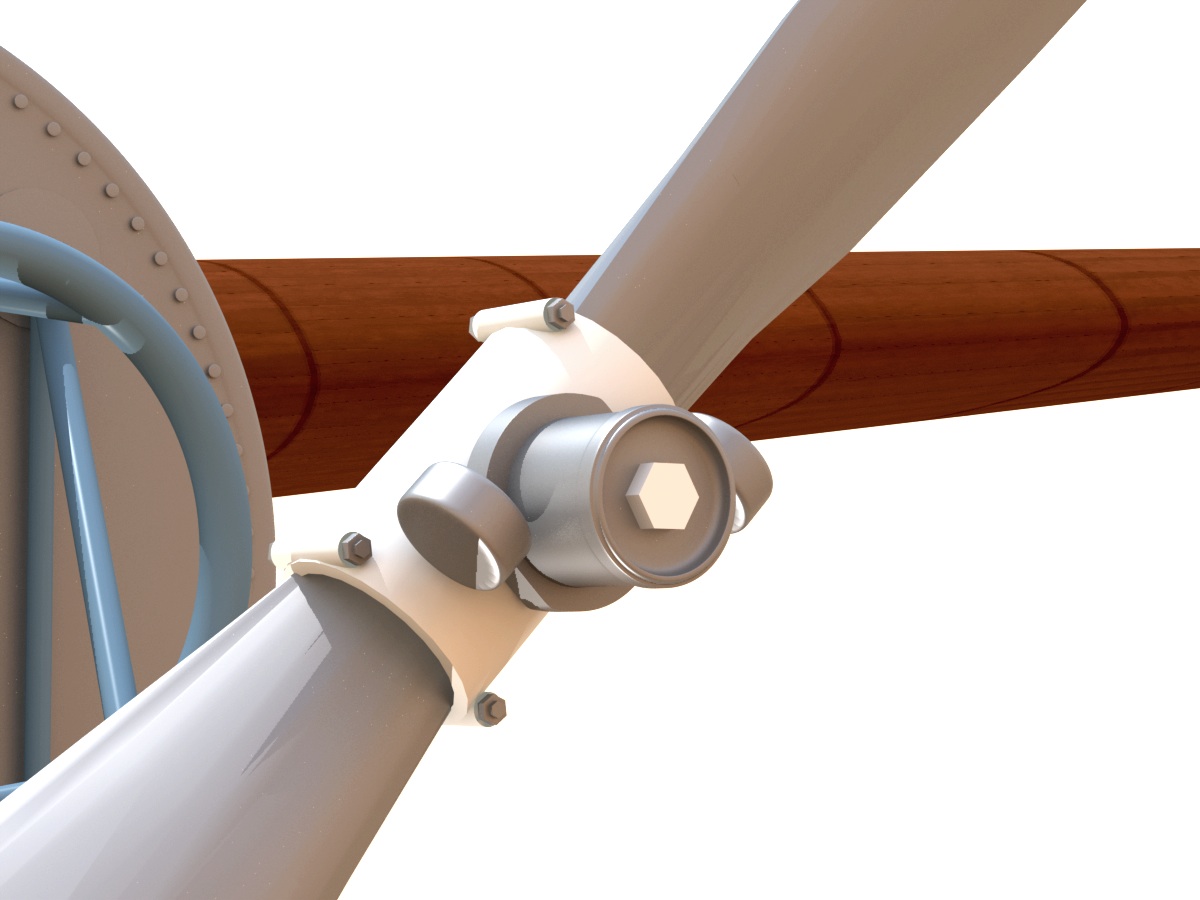 I'm especially happy with this area of the model. I'm actively working on it now, so it will change a bit more. It's the chain drive/jackscrew mechanism that drives the landing gear up and down. When these parts are finalized, I'll also add the chains themselves, which run from the landing gear area to the nose of the airplane, where the drive motor is located. The bracket just under the chain drive sprocket isn't accurate yet, but it's in the right position... another "stand-in" part. 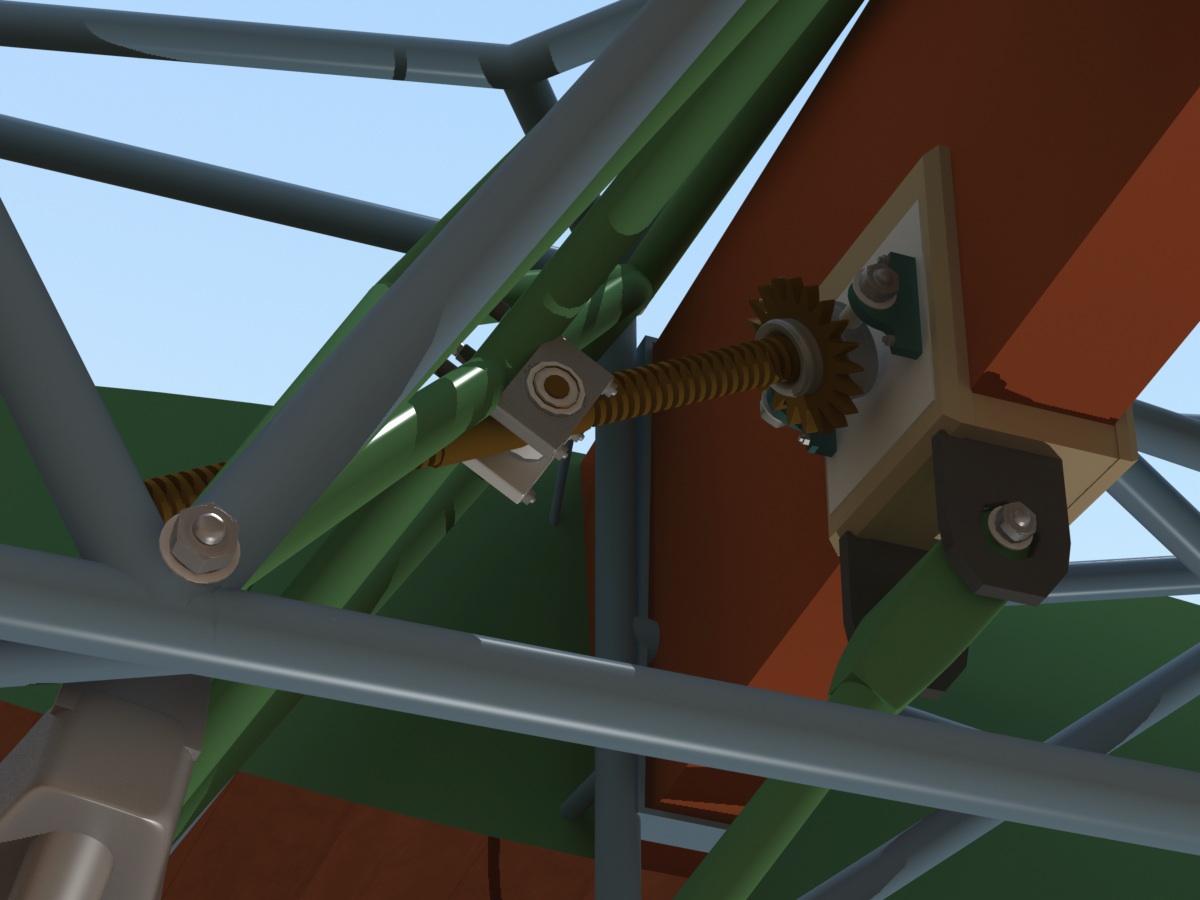 Wing work, and some realism...

I spent a great deal of time cleaning up tiny details in the wing ribs, and added the remaining trailing edge parts of the ribs, as well as the flap jackscrew and wing-tensioning "wires". (the stainless steel straps that run diagonally through the wing) 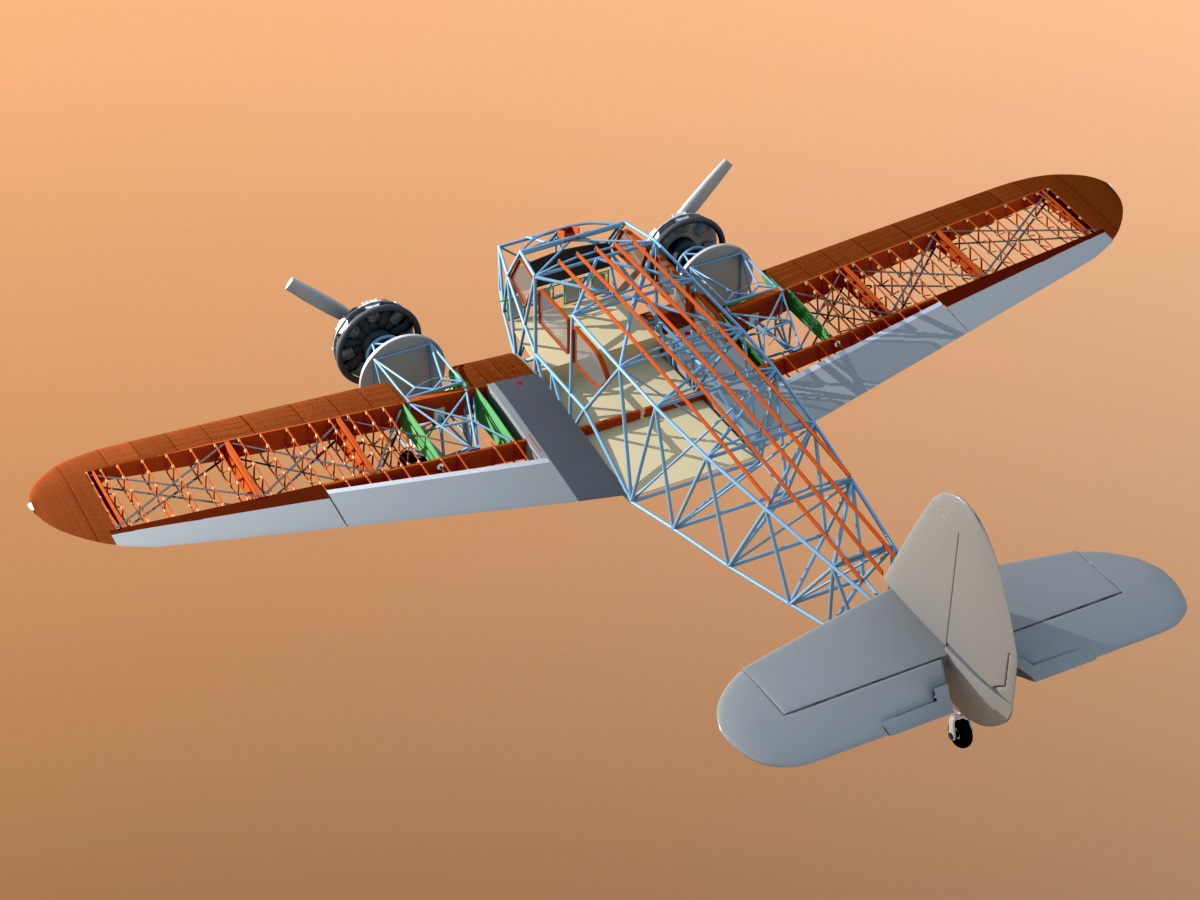 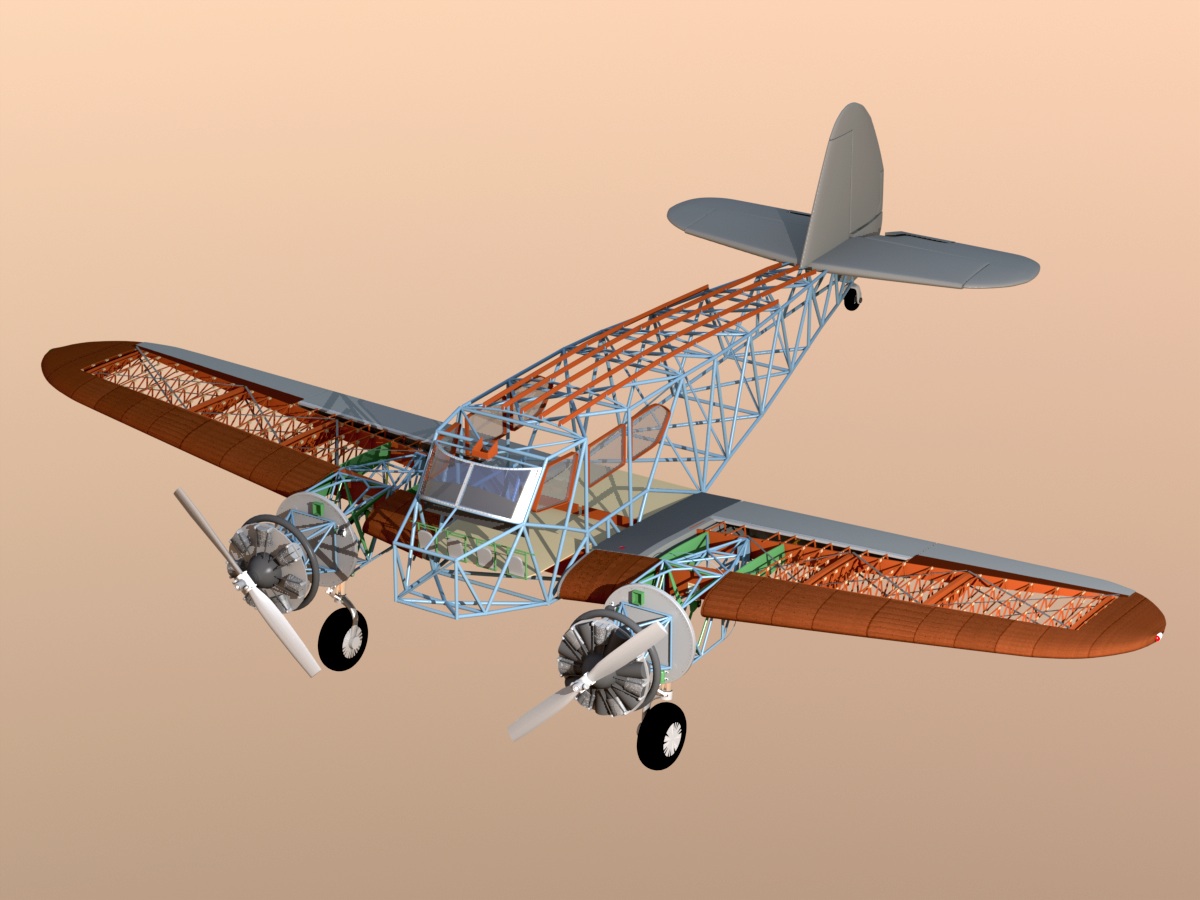 A workshop-style hangar seems like the appropriate environment for this project. 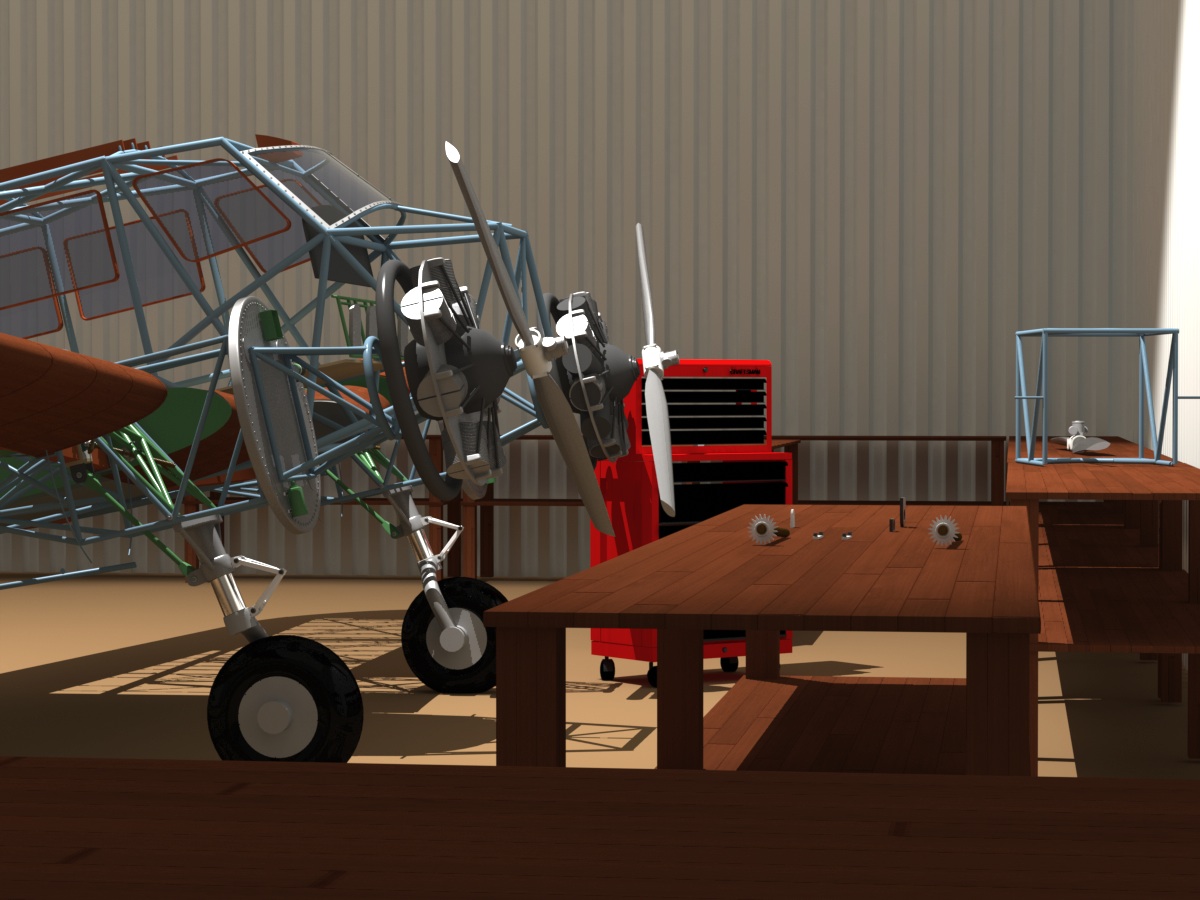 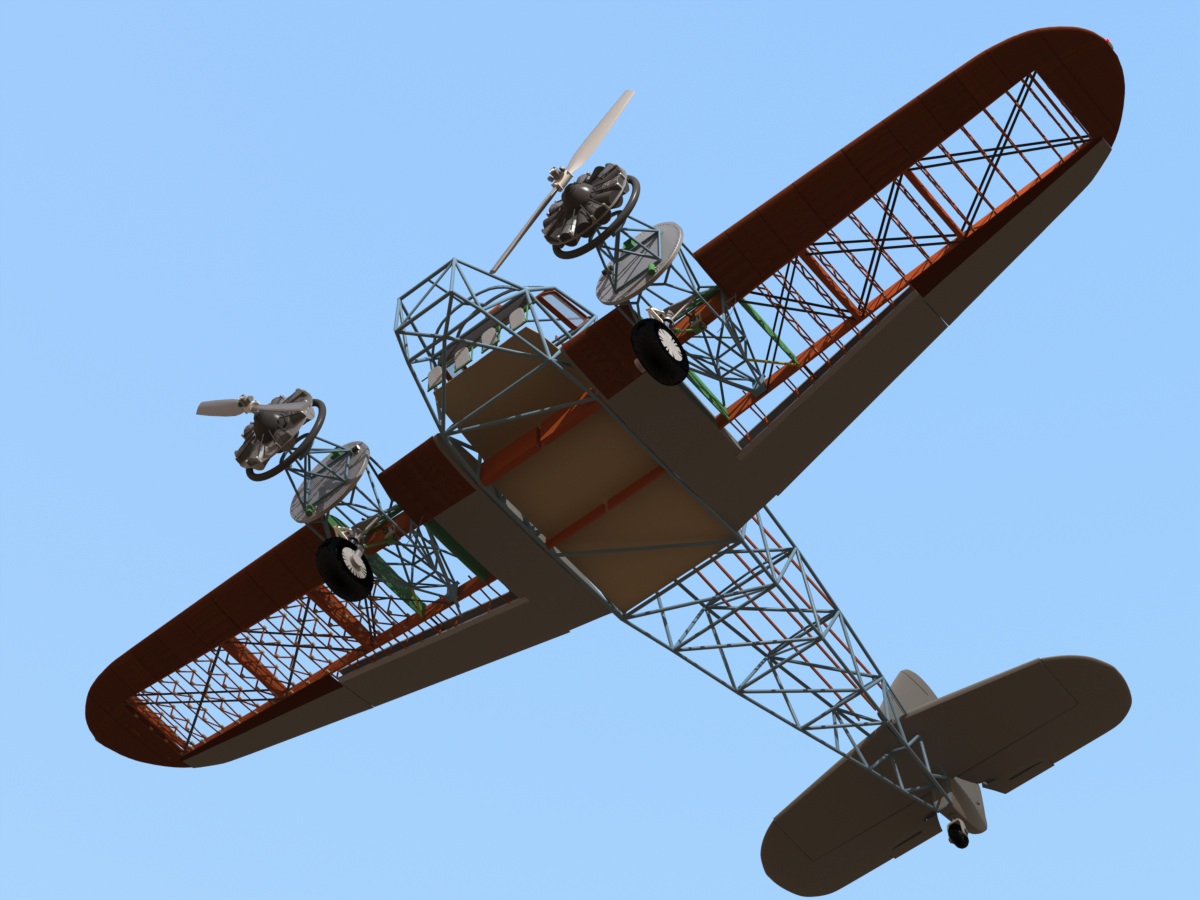