If you've followed this project from the beginning, congratulations on your endurance! Now that I've added the primary structural parts for the engine nacelles, the more intricate parts will come next… Landing gear attachments, engine mount and engine, flight controls, cabin interior, and so on. Here's the model with the (transparent) exterior skin in place. 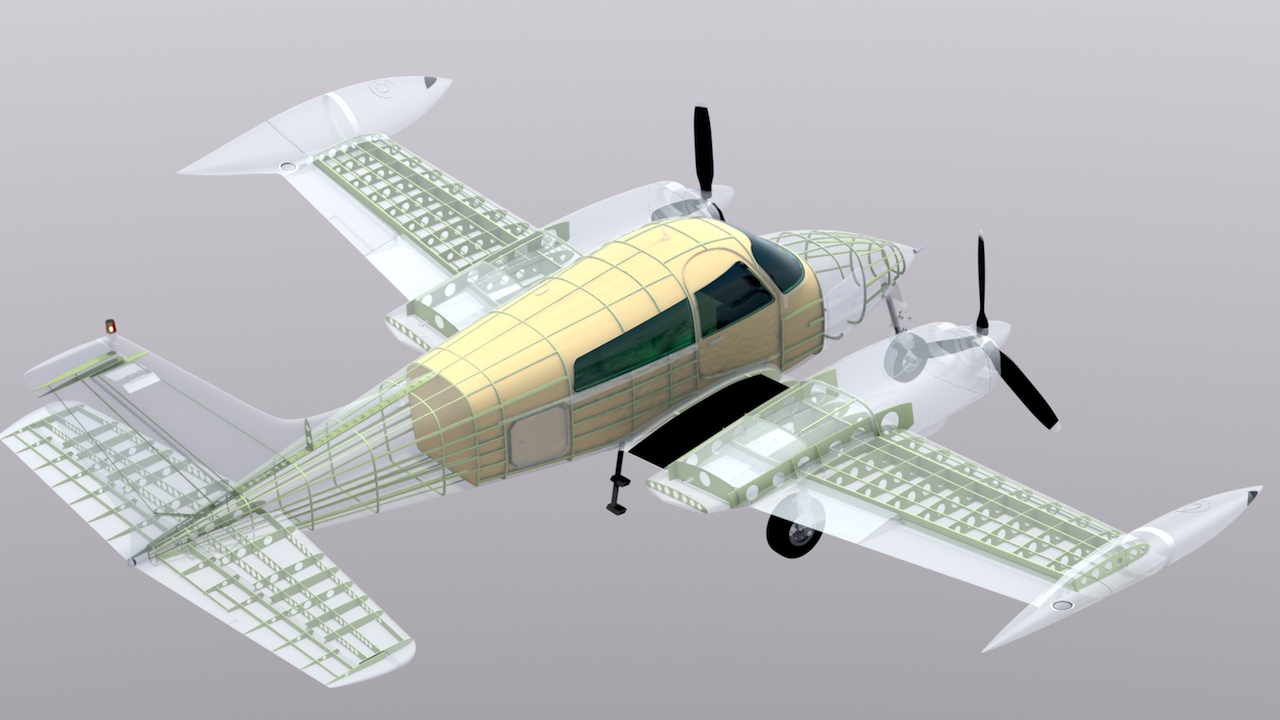 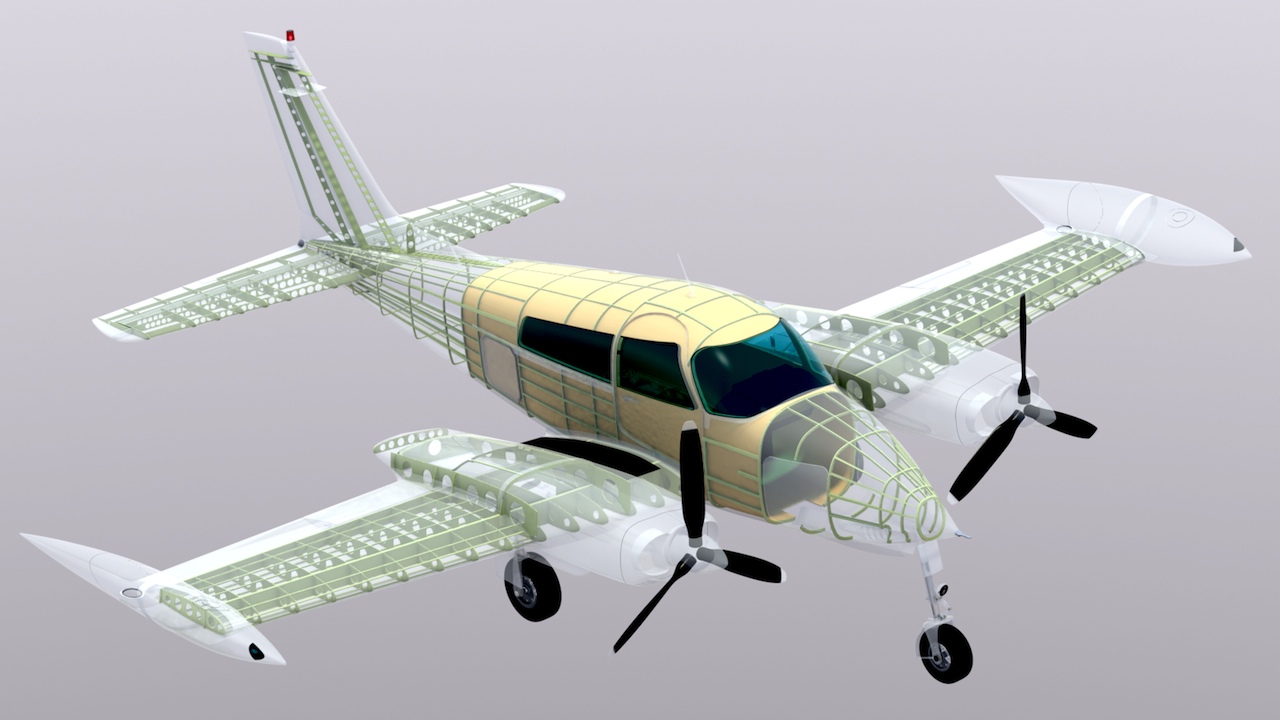 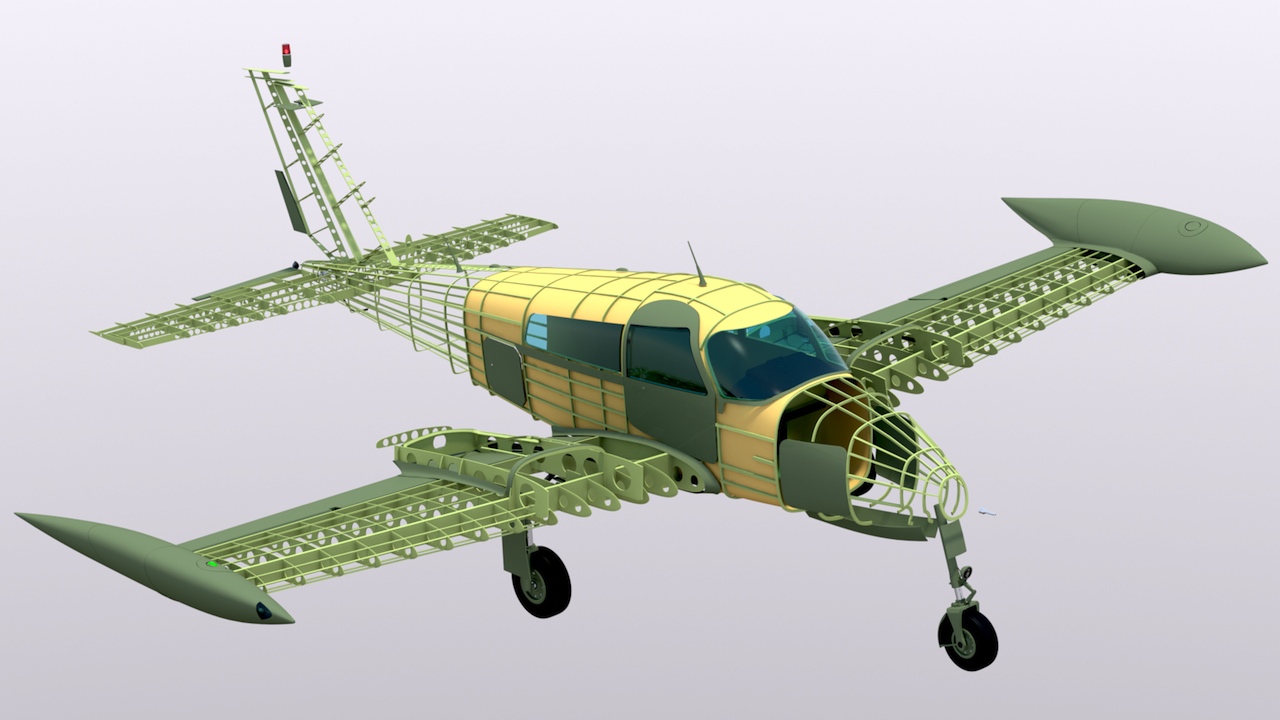 Next, I've added the wing spar carry-through parts that pass through the cabin and connect the two wings. A more subtle detail is the shelf and aft bulkheads that make up the baggage compartment and aft cabin bulkhead. Following that, I've begun work on the engine mounts, for the engine model that will come later in the project. 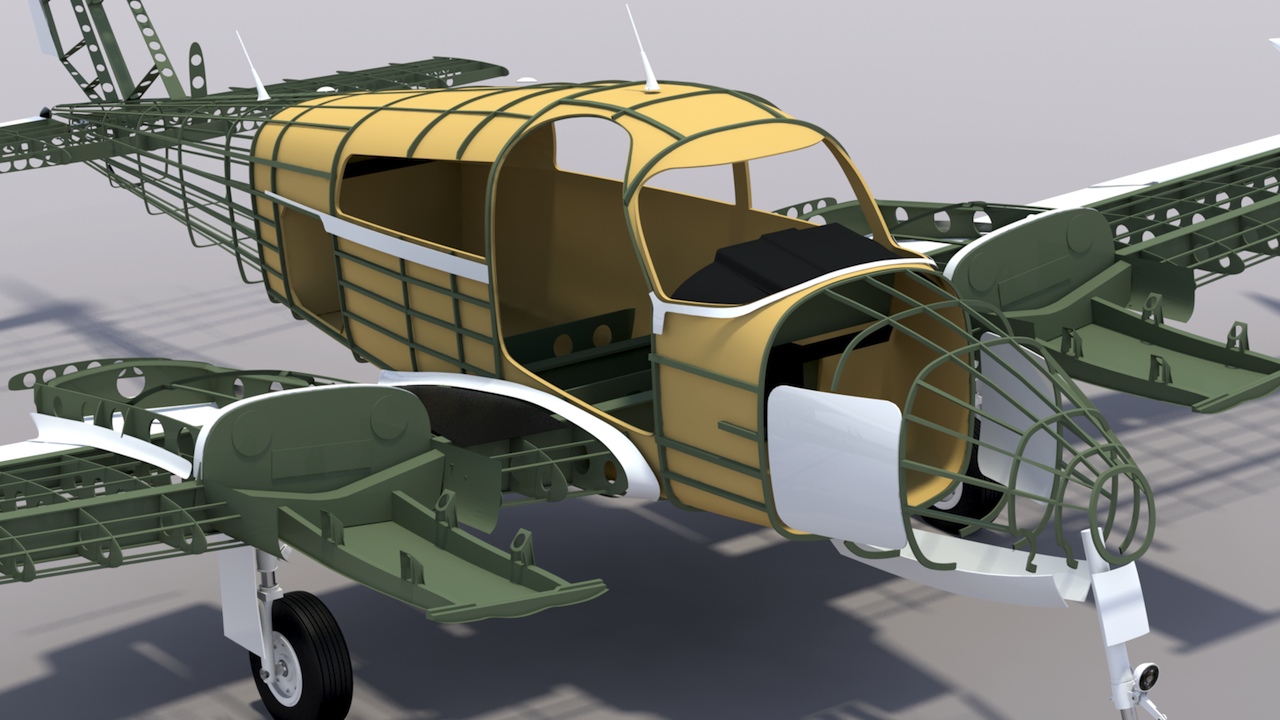 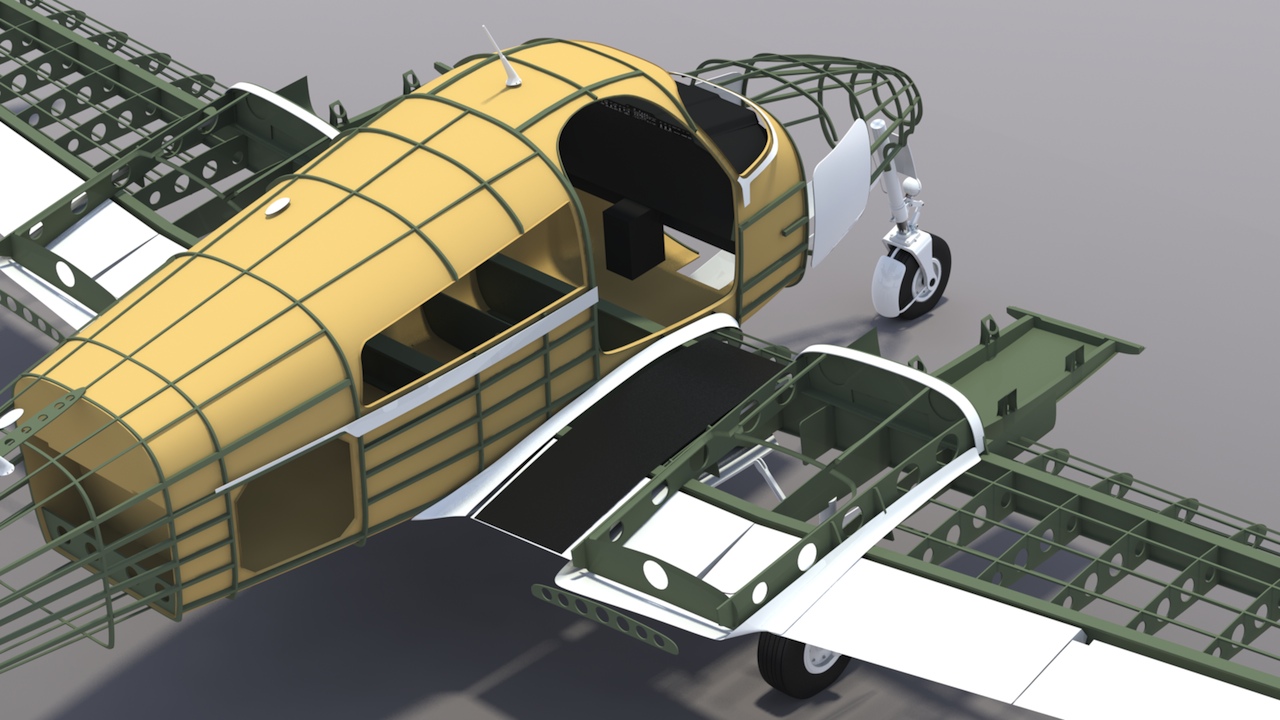 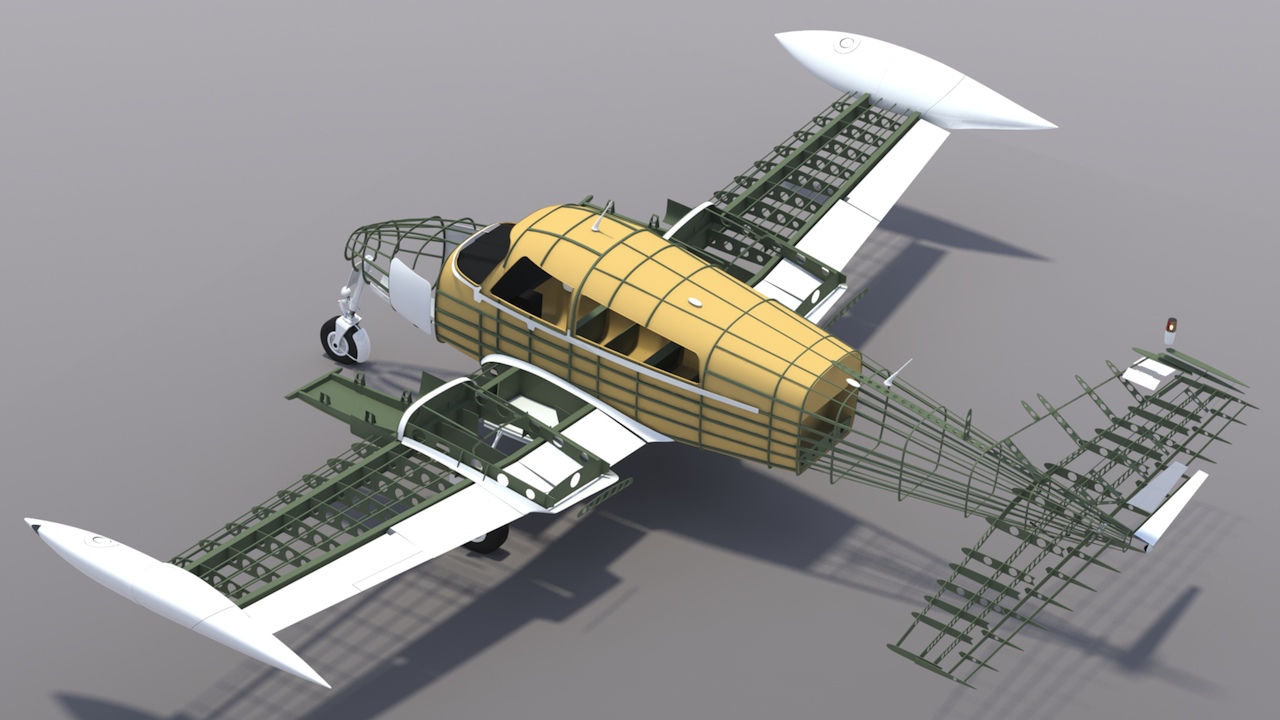 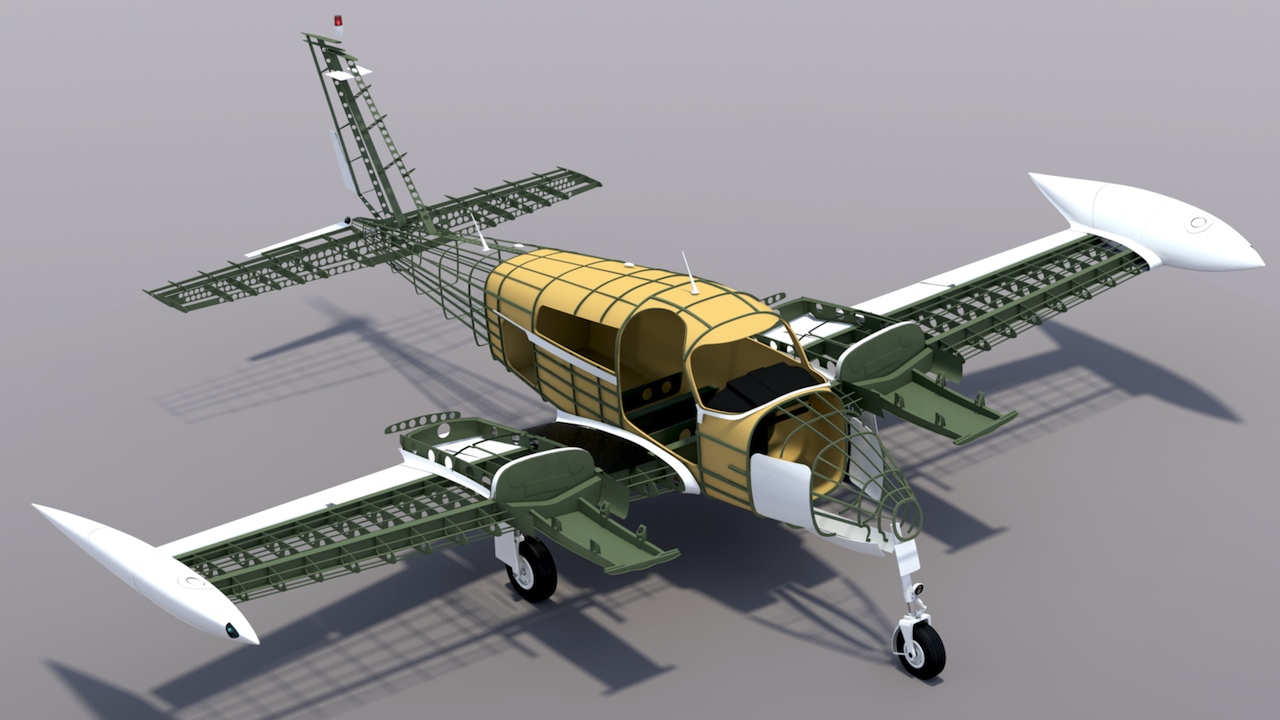 Added quite a bit more detail to the nose section today, in preparation for the landing gear connections, and also added the cabin floor. 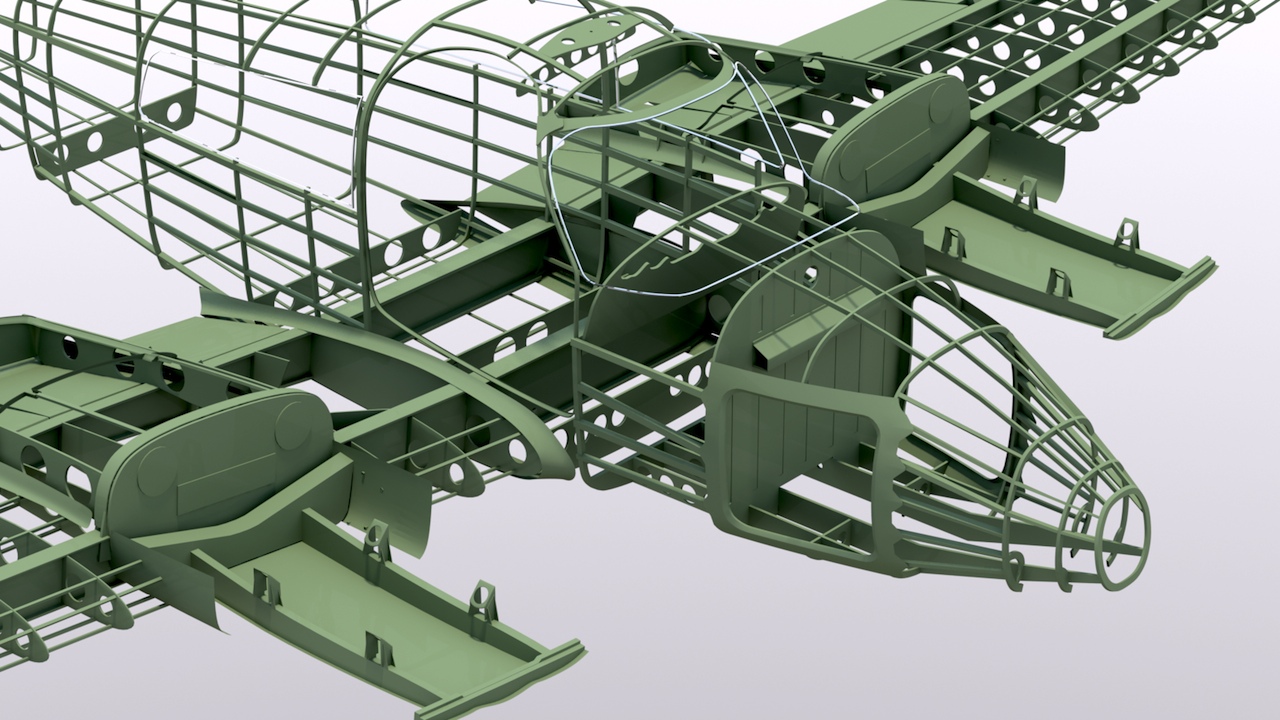 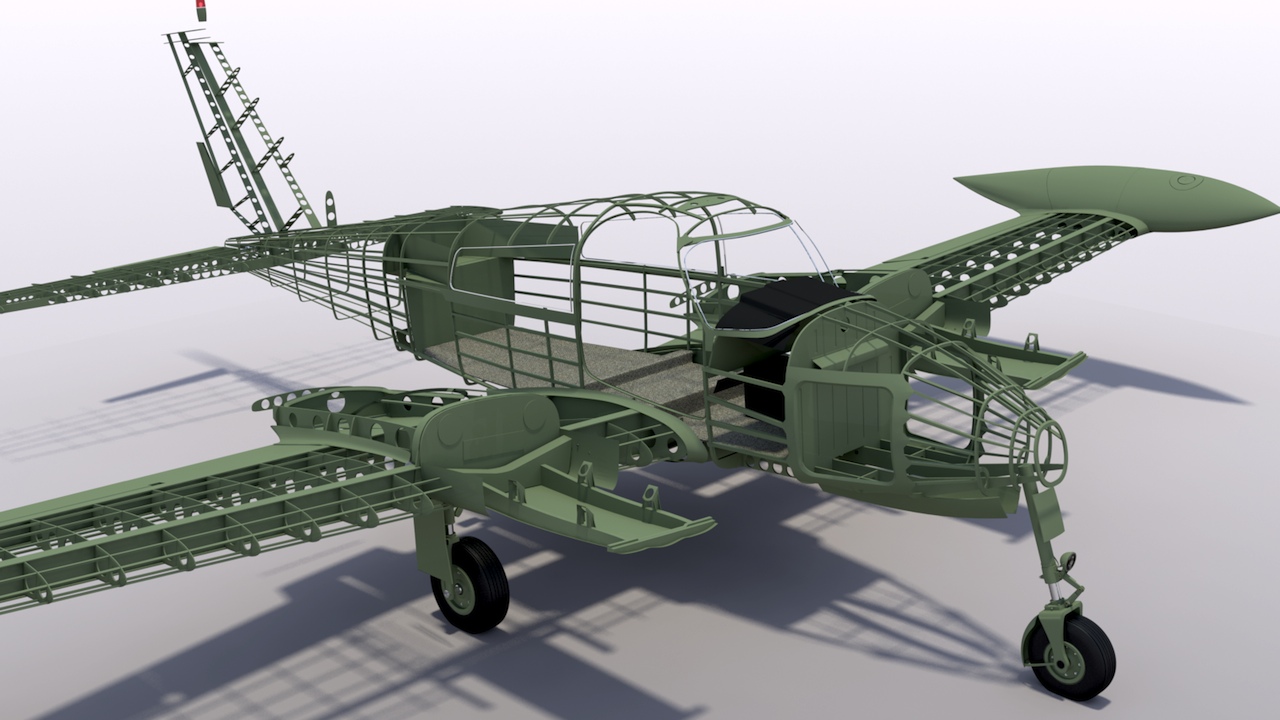 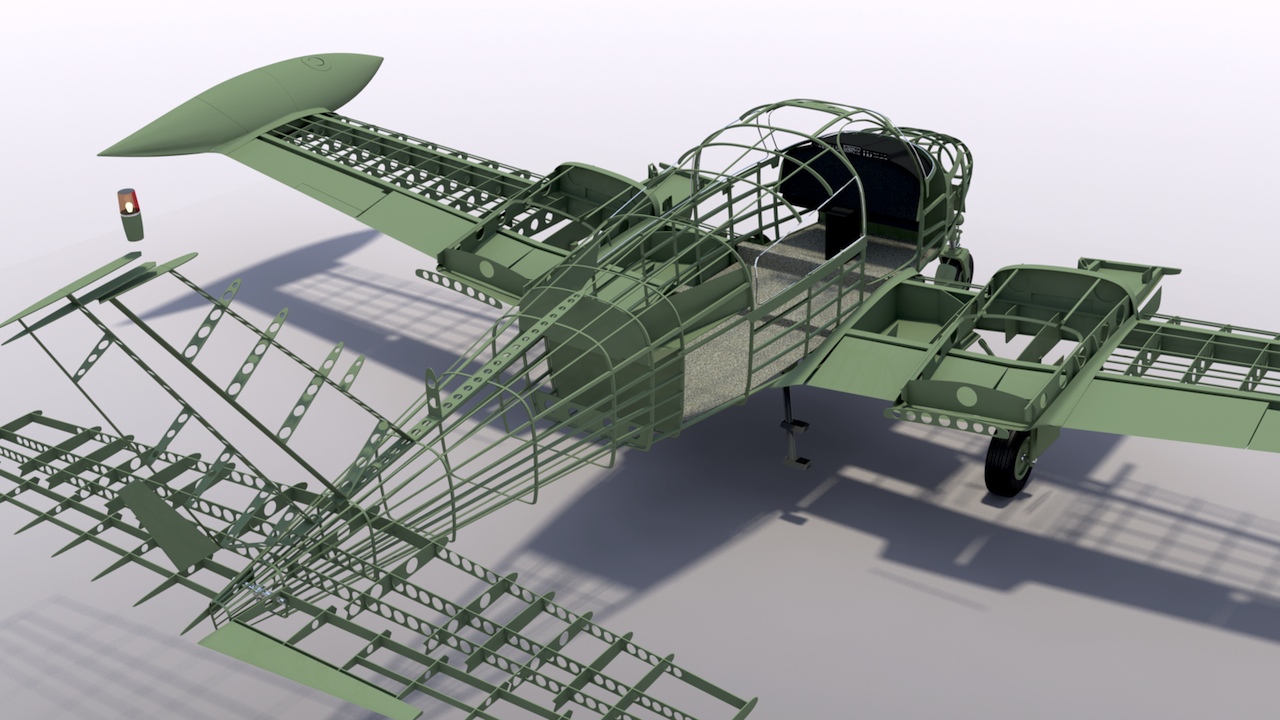 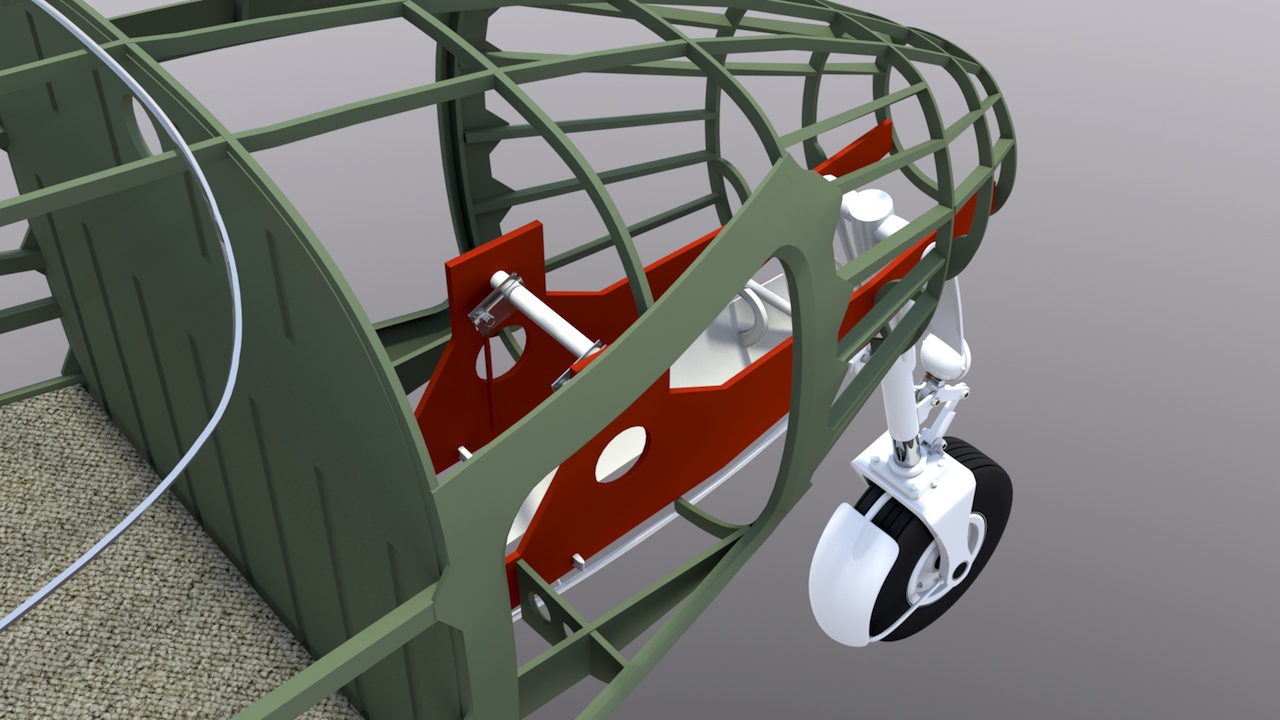 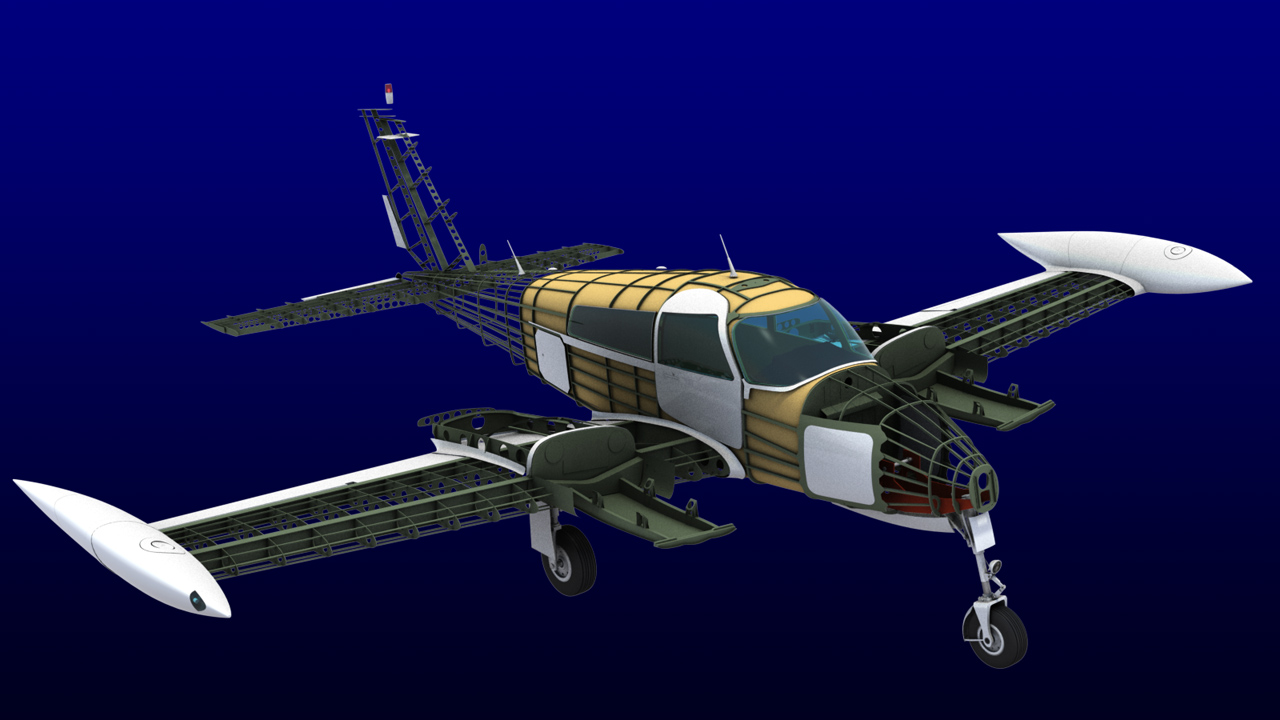 The aux tanks in the wings are rubber bladder types, installed just outboard of the engine nacelles. 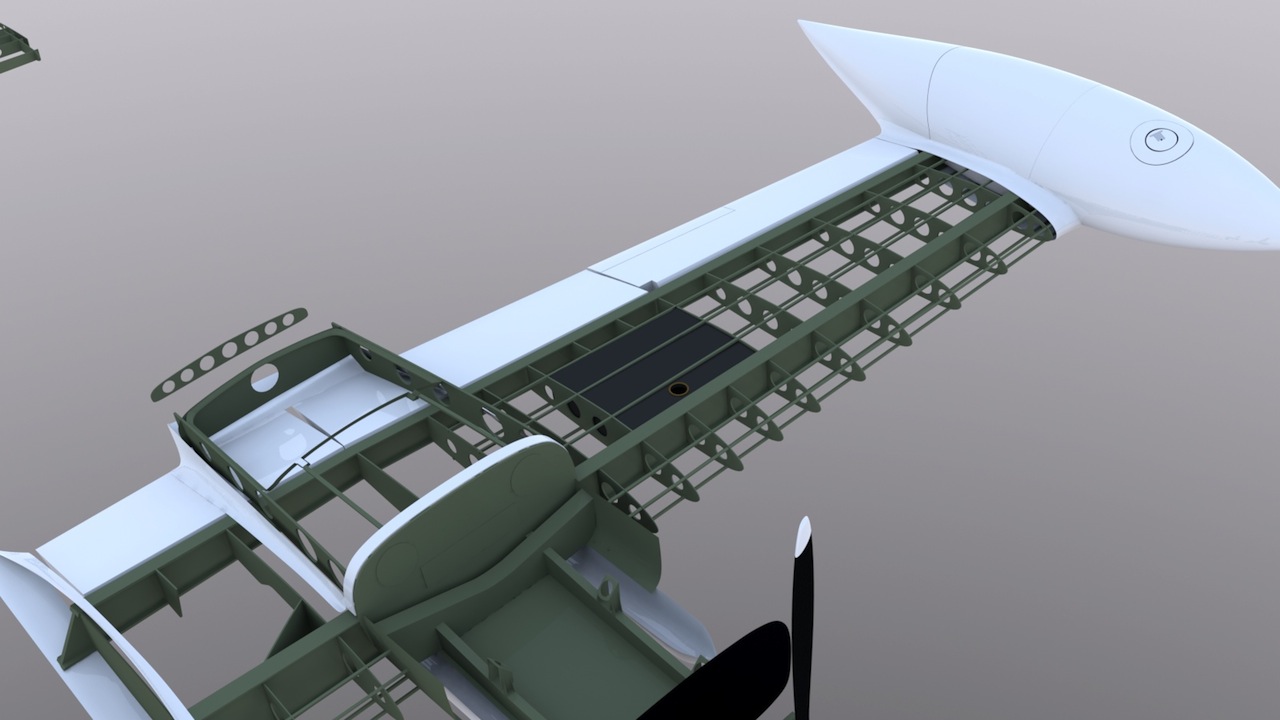 I've assembled the brakes on the main gear, and found an image of a worn brake disc, to add a little more realism to the disc texture. 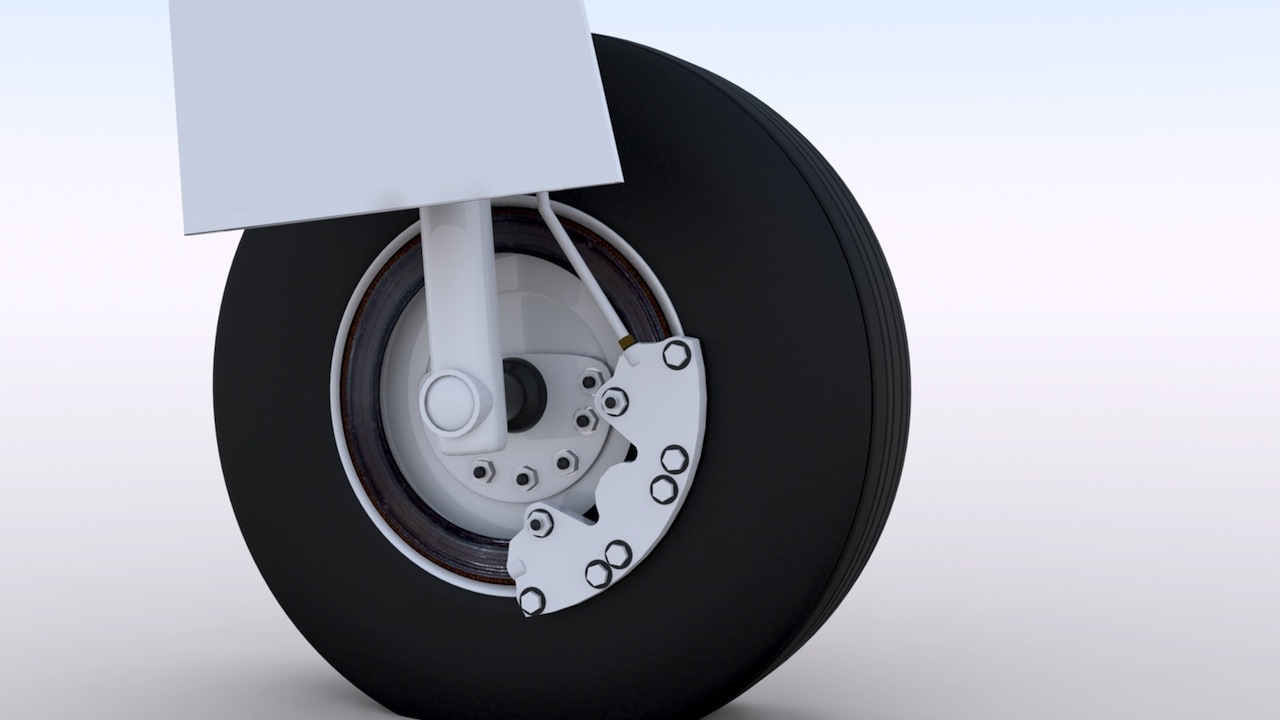 After some more refinement... 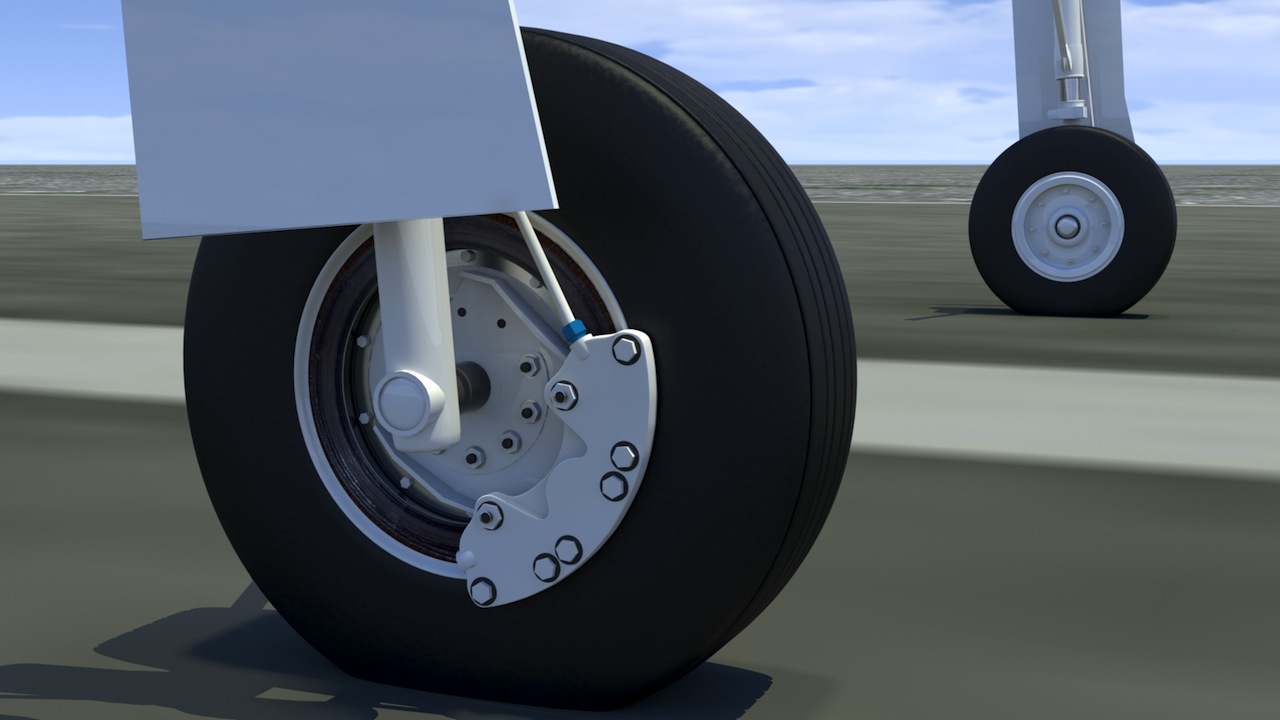 The main gear doors on this aircraft have a doubler riveted to the outside, to protect them from hot engine exhaust, when closed. Here, I've corrected the gear door shape, and added the doubler with it's rivets. 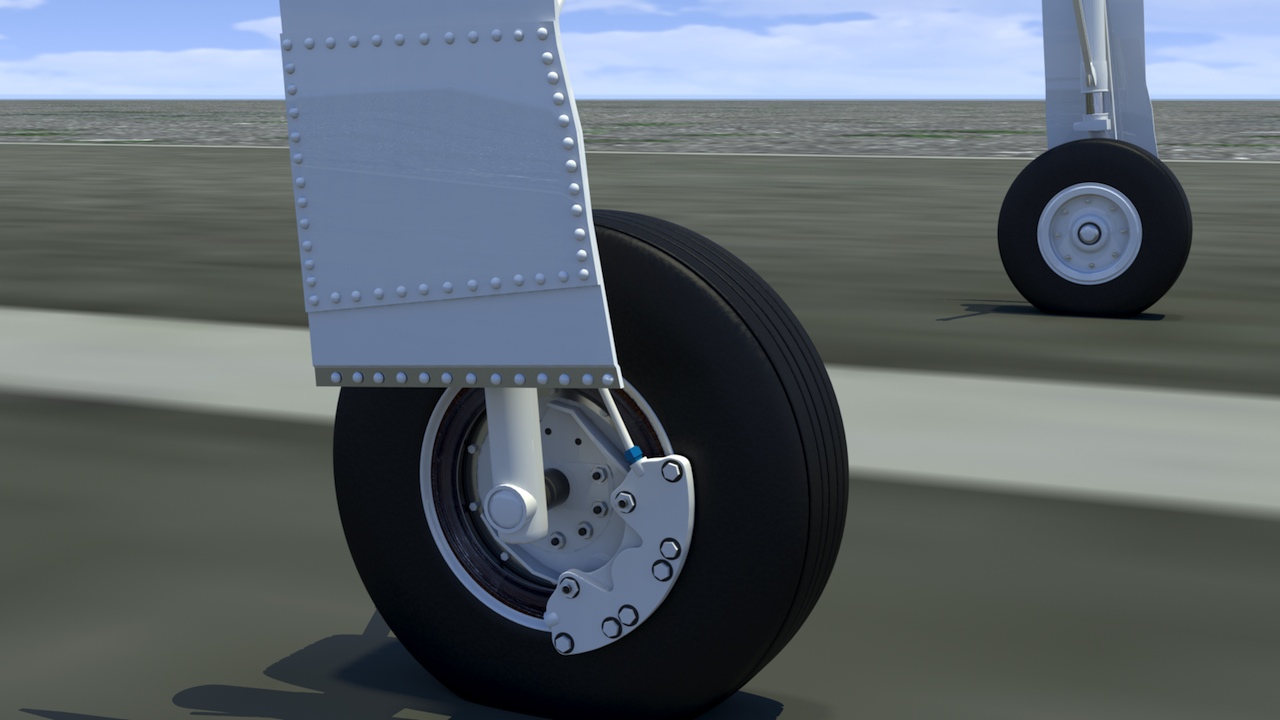