I generally don't model "weapons systems". But I am a huge fan of great aerodynamic designs, and great engineering, and the F-22 is certainly an example of both of those. So, like a child with a puzzle, I've become a little obsessed with figuring out what I can about this aircraft, simply because it's such a huge challenge to get the details right. After all, a big part of the engineering was to hide the very details that I'm trying to figure out. Having built several models of this aircraft over the years, I've naturally collected more documentation, have learned of a few errors in my previous models, and of course, both my hardware and software have improved. So, I feel that it's time to create a new, better version.


Why rebuild a new version?

The original article on my first MODO model of the F-22 was FAR too long, as it covered not only my research, but also a process of translating and updating a previous model I had done (before MODO) in "Carrara Studio". I've now deleted that article, but have taken a little of that information, and combined it with the article on my 2013 version of the model. You can find the information on the previous version by clicking here, and until the 2015 version is complete, that is the version that's available in my 3D Catalog. (fully textured, and rigged for animation)

Since I'm using information that is available in published books, papers, and articles on the internet, I don't expect to discover anything that would create any security issues. After all, even if I get very close, in my guesses of angles and measurements, that fact is that, in the real world, "close" isn't good enough. So, this will be a "precision" project, in the sense that I'm doing everything I can to get it right, but I'm a loyal American, and wouldn't disclose anything sensitive, even if I knew it. (which I don't) For me, and for those of you who enjoy 3D challenges, this will be a fun exercise in extrapolation, and should result in one of the most accurate Raptor models around. I hope you enjoy going through the process with me in this article.


December 2014 - Background, and Getting started:

This is another aircraft I've lived with for many years. I started following the YF-22/YF-23 competition when it was made public, and have been in awe of it all throughout it's development. I've decided to rebuild this aircraft at much higher resolution, and with much more detail, using all Catmull-Clark subdivision surfaces. ("Psubs", in MODO) Aside from the extra detail and precision, using Psubs will make it much more future-proof, so this should be worthwhile. Since I'll be adding internal structures, I'm also paying more attention to Lockheed Martin's methods, and will be building it in the same way they did it at the factory, as much as possible.

Below is a render of the existing 2013 model with it's new materials, composited into a photo from an airshow here in Anchorage that I photographed. 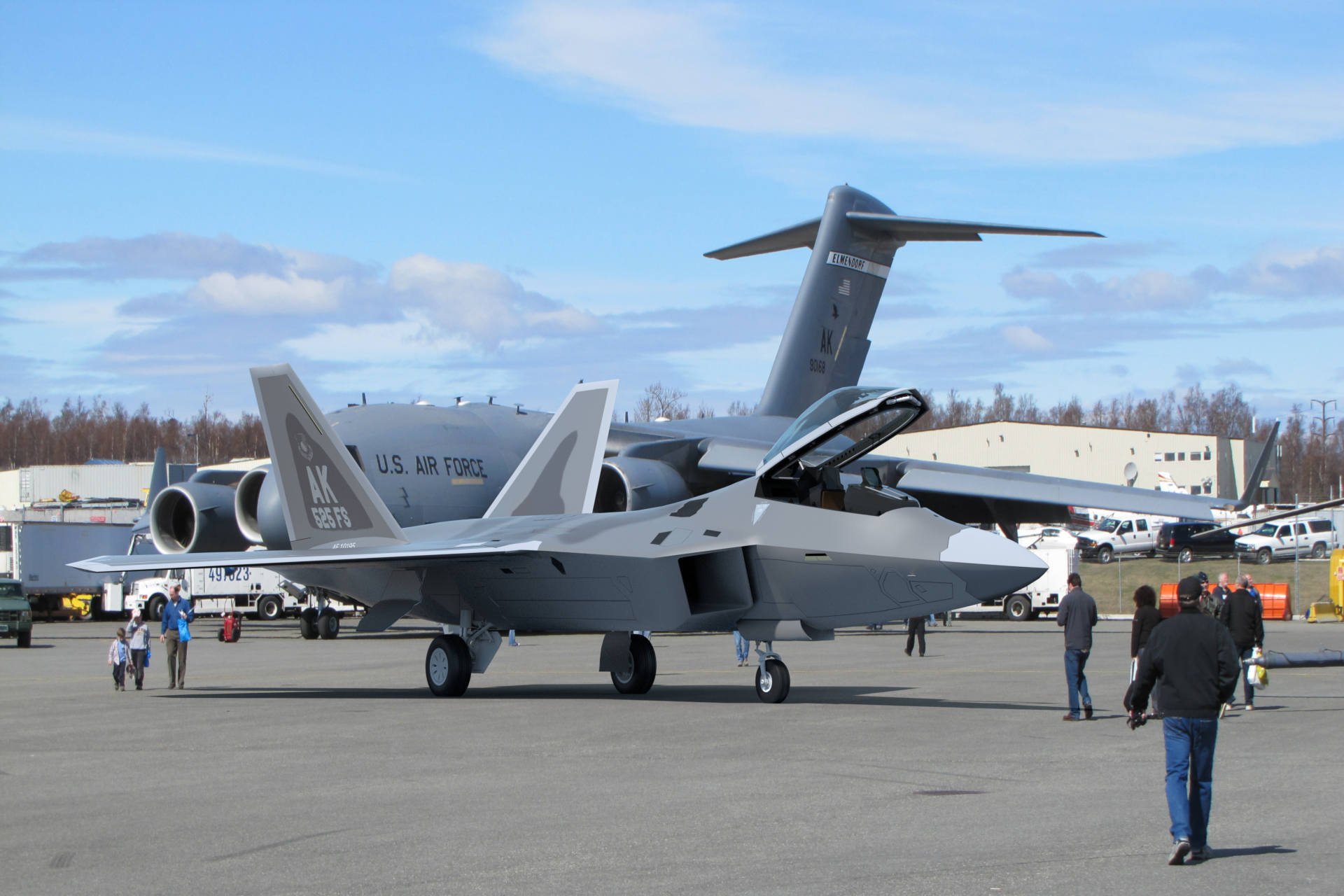 As with other modern stealth aircraft, one of the more difficult things to manage in 3D is the combination of very smooth aerodynamic surfaces, combined with the many sharp angles, and the many trademark "zig-zag" panels that occur all over the aircraft. Until I did the tests below, I wasn't convinced that this could be done in Psubs mode. Thanks to MODO's support of the Pixar edge-weighting algorithm, I've found that it is possible, although it requires somewhat more planning. Here are those initial tests, based on modifying geometry from the existing 2013 model.

I planned to recreate as many of the edges and panels as I could document on this new model. So, after a few tests, I came up with a method for doing them that was used throughout the model. Here's a brief video tutorial video showing my method.


Next, I re-topologized the canopy and canopy frame, which came out quite nice. 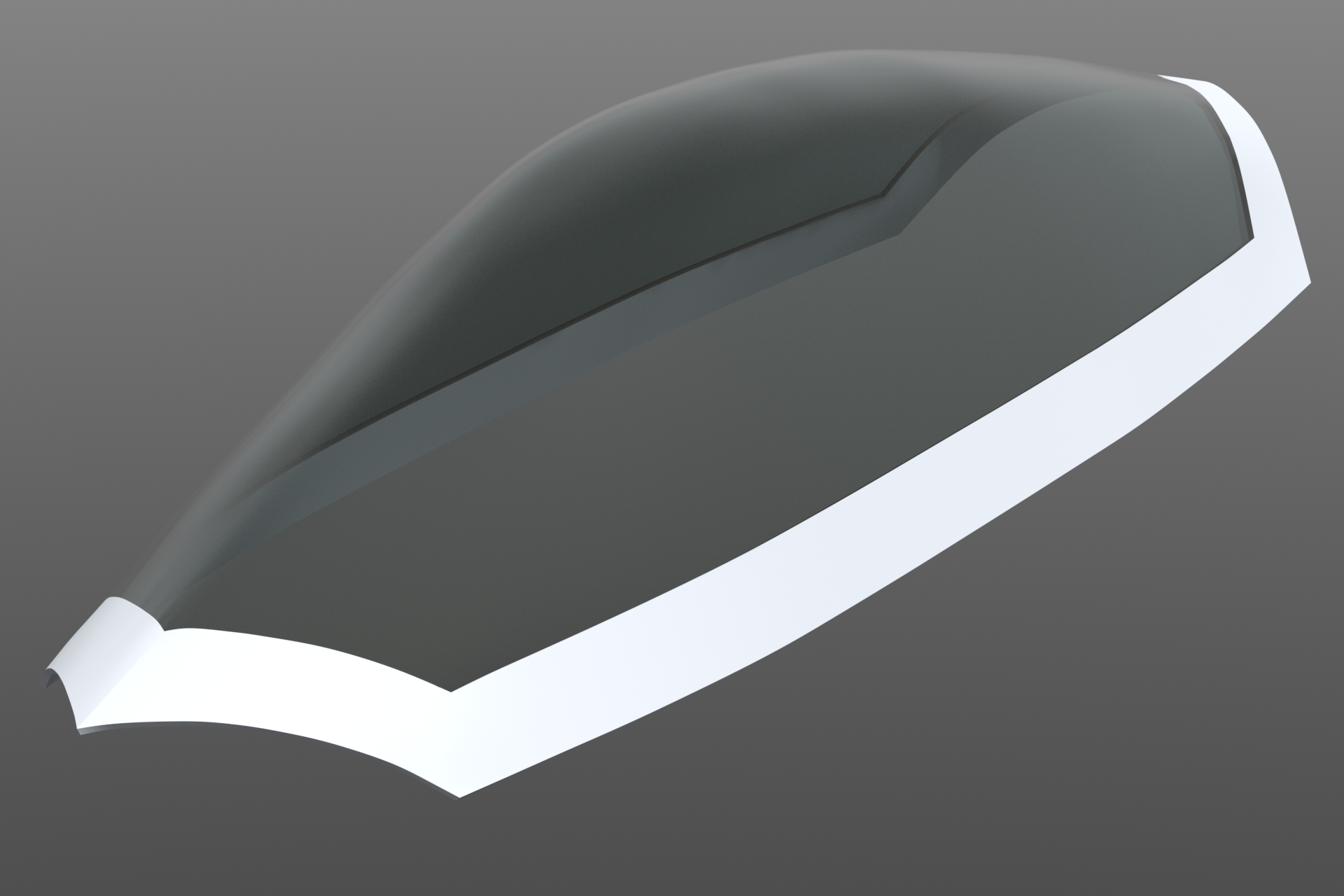 The final test was to see if I could create the main wing shape in Psubs, including the aerodynamic twist, (“washout”) the sharp change in the outboard shape, and still keep the wing smooth, overall. Here you can see the Vmap view, showing the (20%) edge-weighting, followed by a wireframe view, and a view with no wireframe. Smooth, yet with the desired sharp edges, and without too much geometry. 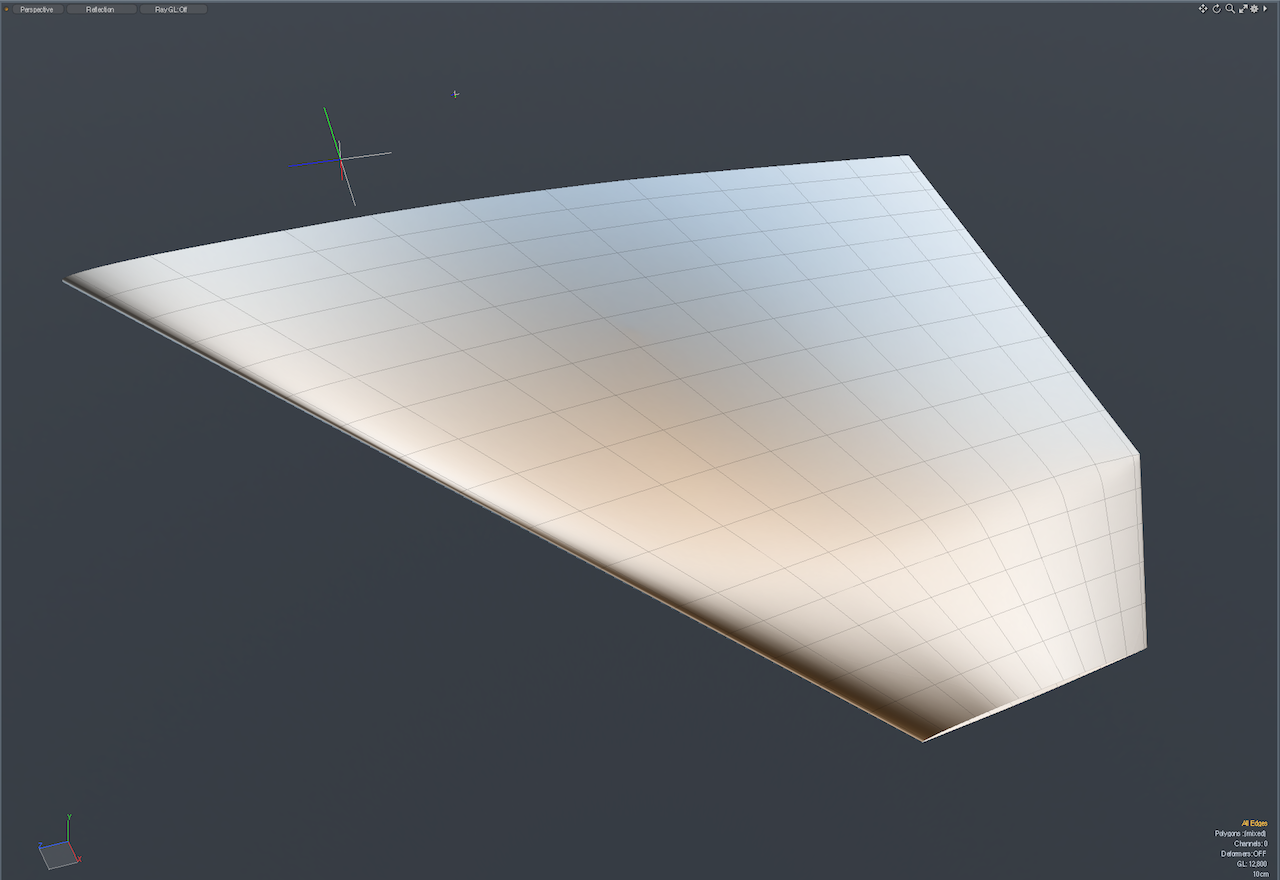 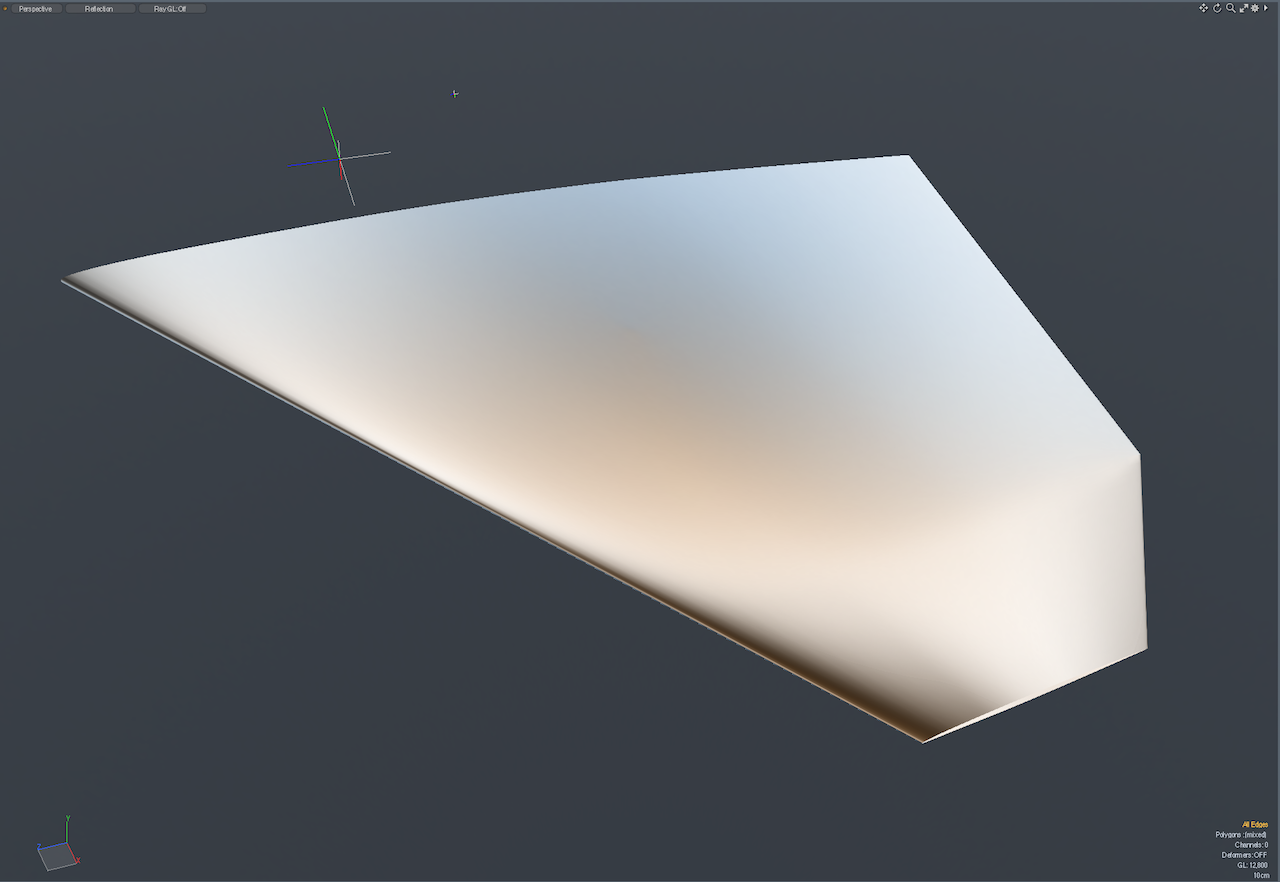 These tests convinced me that the project is feasible, so I'm ready, and excited to start.