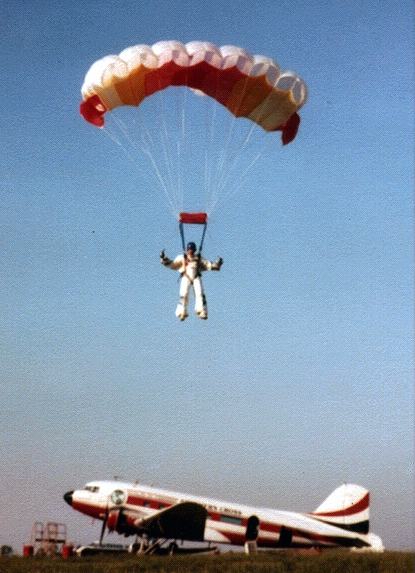 The Douglas DC-3 made it's first flight in 1935, and is a tremendously strong and useful design. It's served with the military as a troop carrier and cargo transport, with various civilian airlines beginning in the late 1930s and many are still flying today. More than 10,000 were built.

The DC-3 was one of the first airliners I flew on, in the late 1950s, and later in my life, as a skydiver, I've jumped out of them in several locations. I was even in one at a skydiving meet n Florida when the left engine threw a rod, at about 7,500 feet, (on our way to 13,000) which punched a very large hole in the left engine's cowling. The pilot immediately started yelling "Everybody out!", and about 30 of us had to make a speedy exit, to lighten the plane so the pilot could get it on the ground safely. That was a surprise, but most of us really didn't feel like it was a big emergency. After all, we were skydivers, we had plenty of altitude, and the pilots who fly jump planes are notoriously good at handling these aircraft. These things make special memories for me, and so I decided it was time to do a model of it. (Photo at right is me landing, after a skydive from the DC-3 in the background, in about 1980.)

I'll be building it entirely in Catmull-Clark subdivision surfaces ("Psubs", in MODO) with edge-weighting. At the time I'm starting the project, I haven't yet decided on a particular aircraft or livery. As I get into building the exterior airframe and doing more research, I'll make that decision.

I used a set of high-res drawings I found via a Google search, which were labeled as coming from "Maircraft, Inc"., in Chicago, Illinois. They include a variety of fuselage, engine nacelle, and airfoil cross sections, and having looked at other choices, I think they'll work well. I've collected a large number of reference photos too.

First, using the published specs, I made a couple of simple "rulers" in MODO... one for the wingspan and one for the overall length. Then, I made sure that the scale of the drawings matched those rulers, so that I'll be building this aircraft at real-world scale. 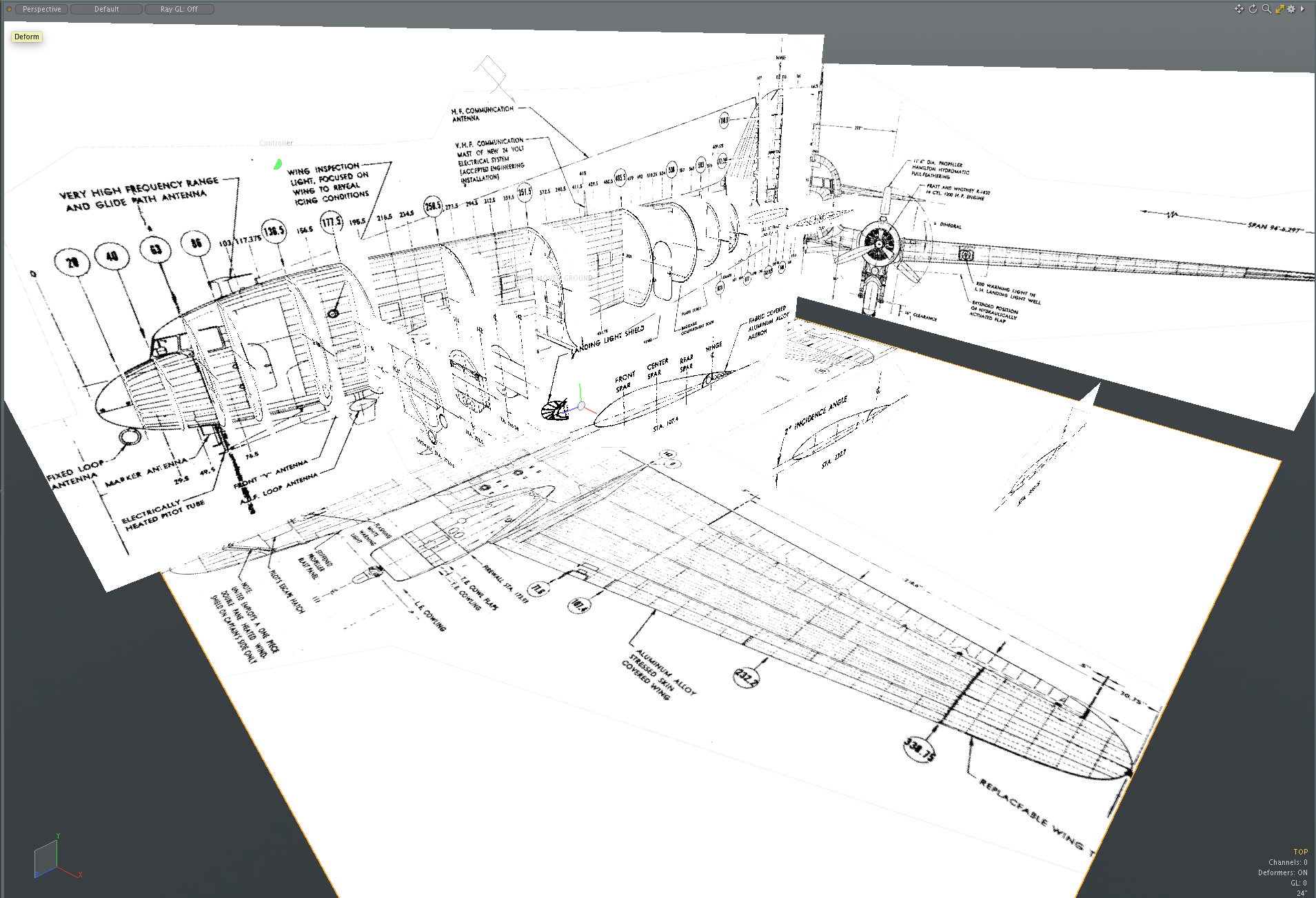 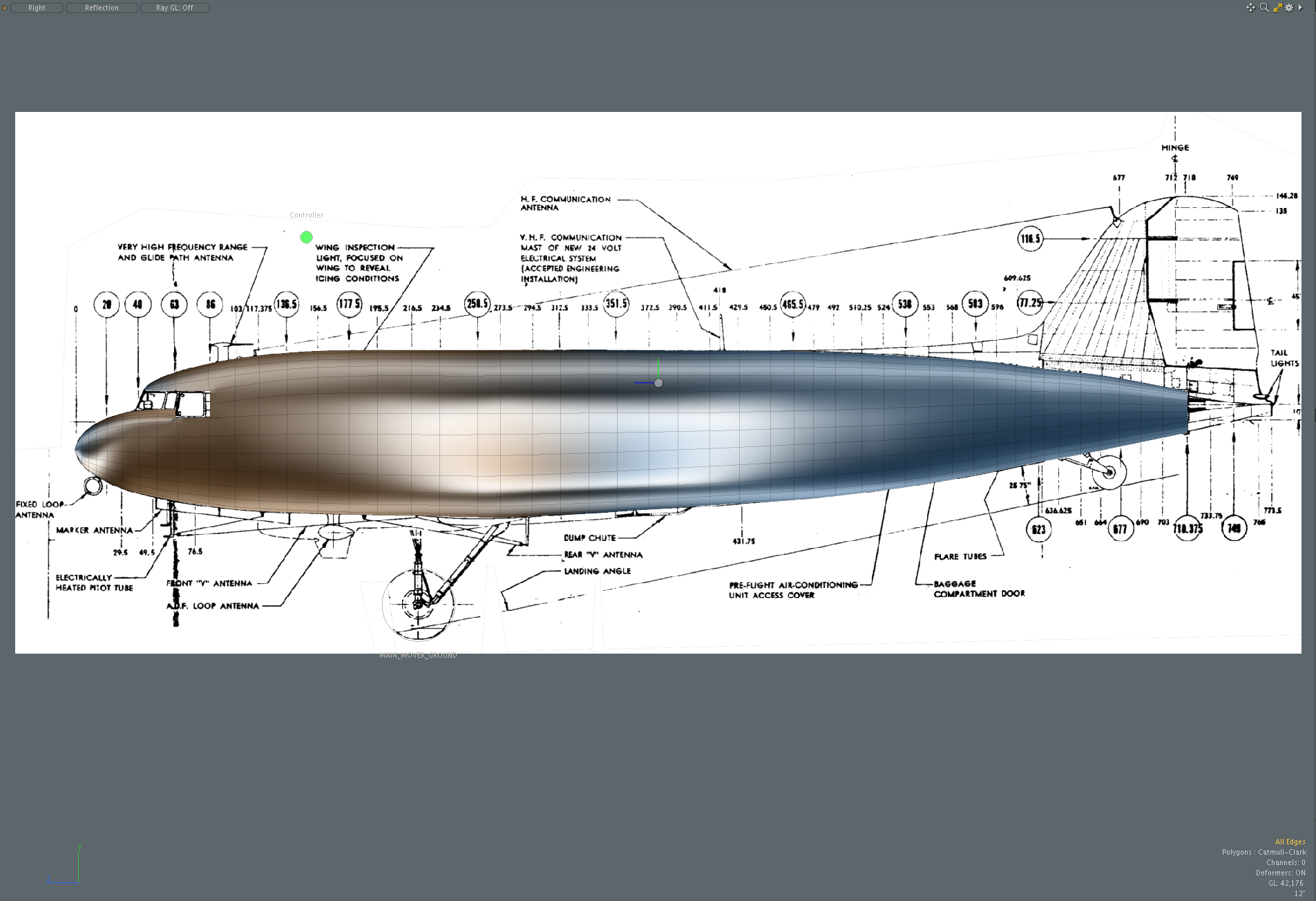 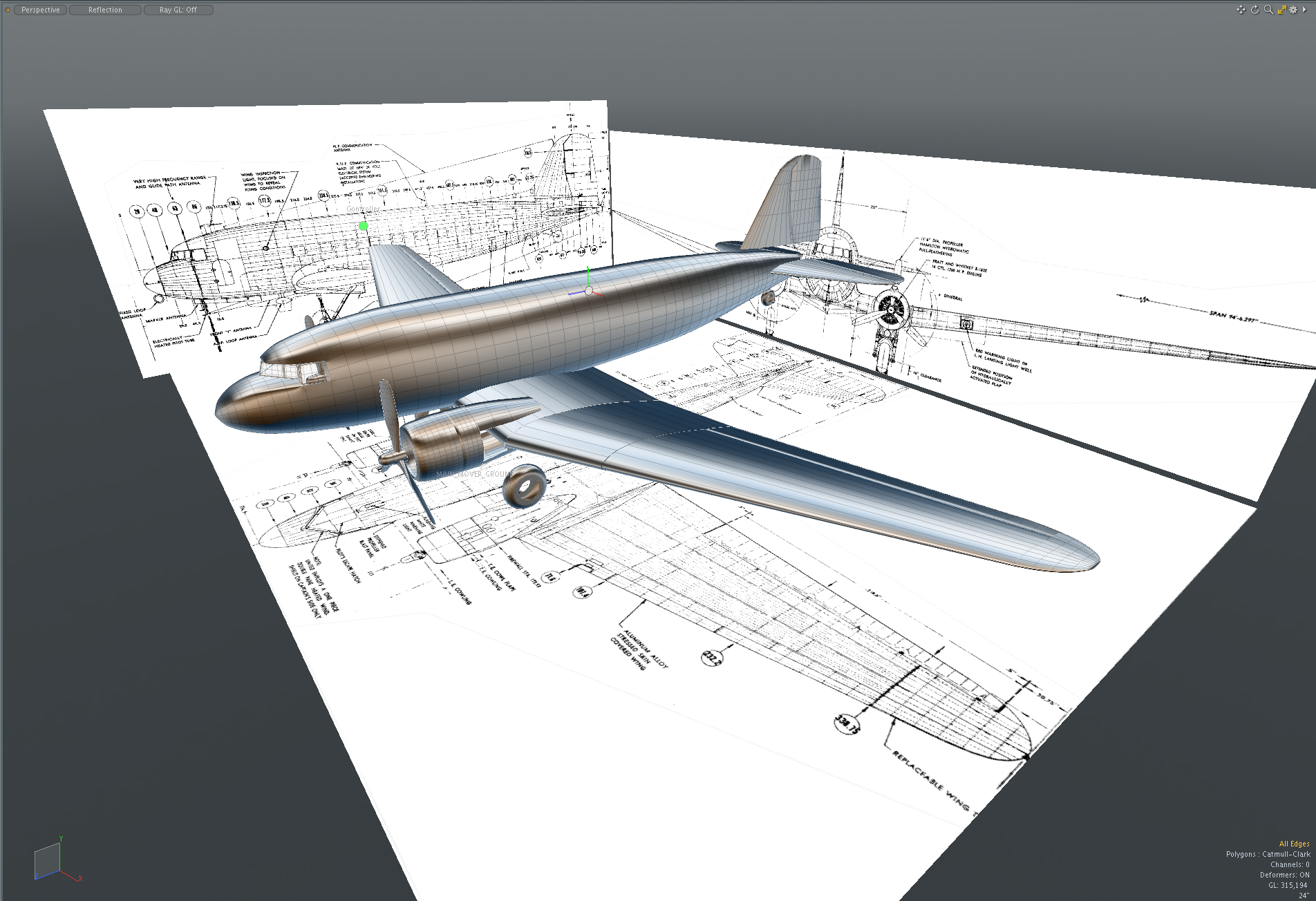 With the most basic geometry in place, a test render seemed appropriate. The model is in it's "primer" color for now, and I'll choose an airline livery later in the project. (This will be a passenger version with windows, but those aren't built yet.) 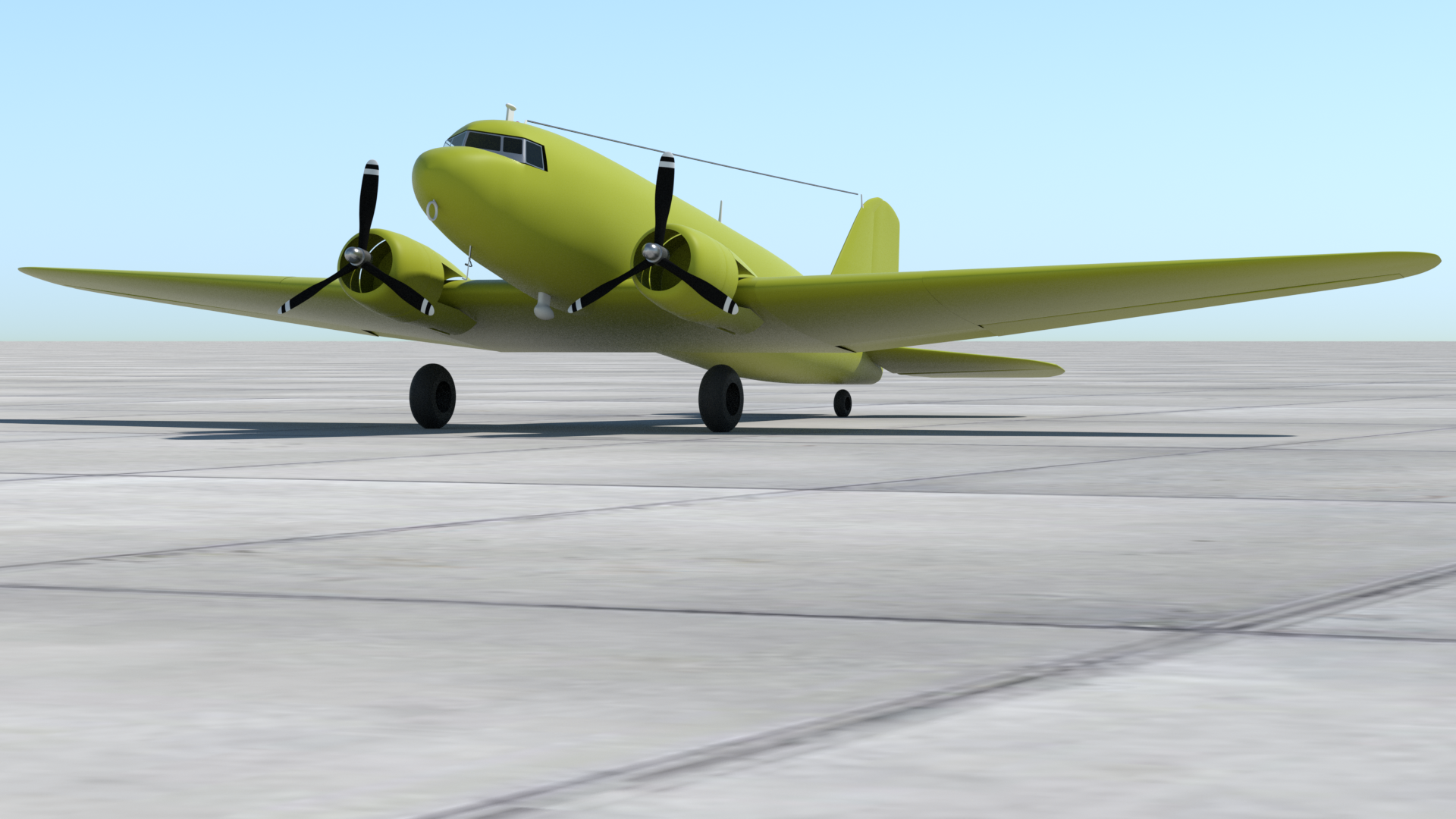 Second thoughts:
In the process of doing more research on this aircraft, I've found at least two examples of truly excellent 3D models of it already done. This makes me wonder what would be the point of re-doing it again, and so my enthusiasm is somewhat dampened. As a rule, I like to model aircraft that I either haven't seen modeled very much by others, or aircraft that I think could be done in more detail. So, I've decided not to continue with this project, for the reasons mentioned above. However, I'm contributing the file, as it stands in the above images, for anyone who would like to continue building it. You can download the file here. (MODO "lxo" format only) Enjoy!