I'm still tweaking many of the external parts, of course. Here, I've re-worked the engine nacelles, and then have cleaned up all the control surfaces at the tail. The small red beacon on the tail's "stinger" was added, too. Along the way, I'm working on the shapes of the cabin entrance steps, have added the (black) walkway area, and also refined the shape of the wing tip tanks. Finally, although not obvious here, I've switched from 2-bladed props to 3-bladed props.

Details… I was informed that the light on the tail "stinger" is white, not red. That's been changed. 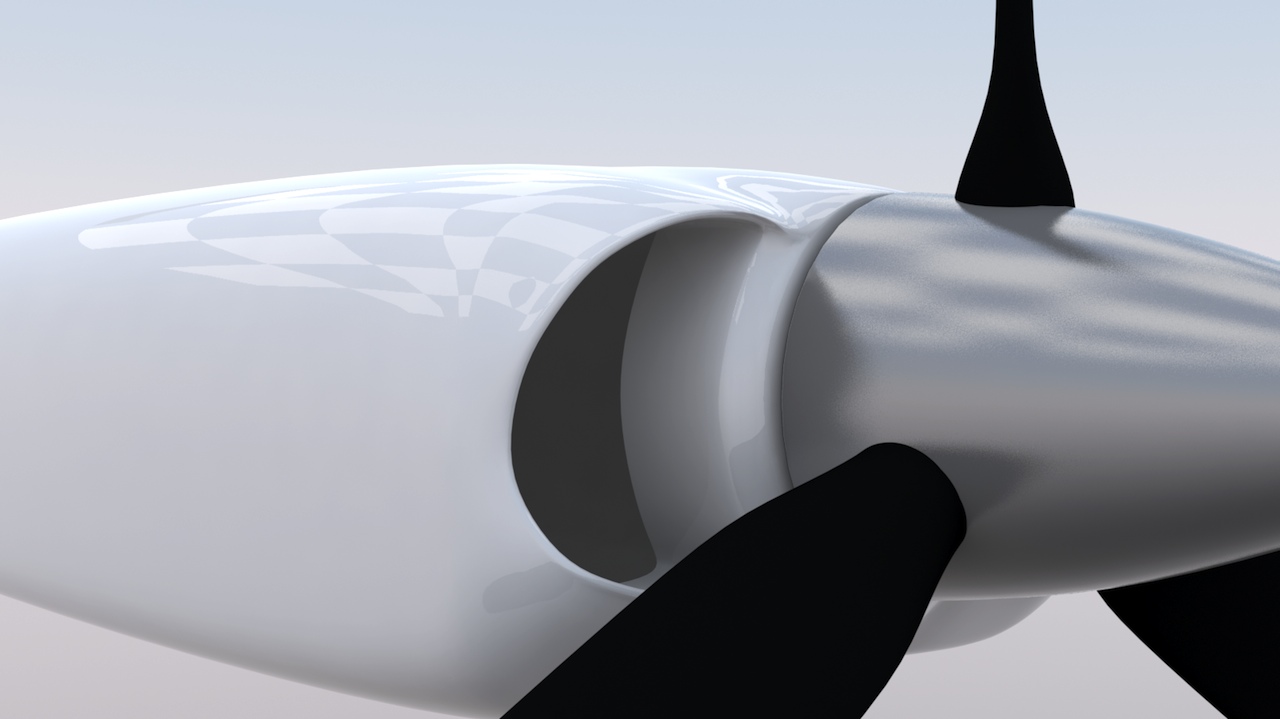 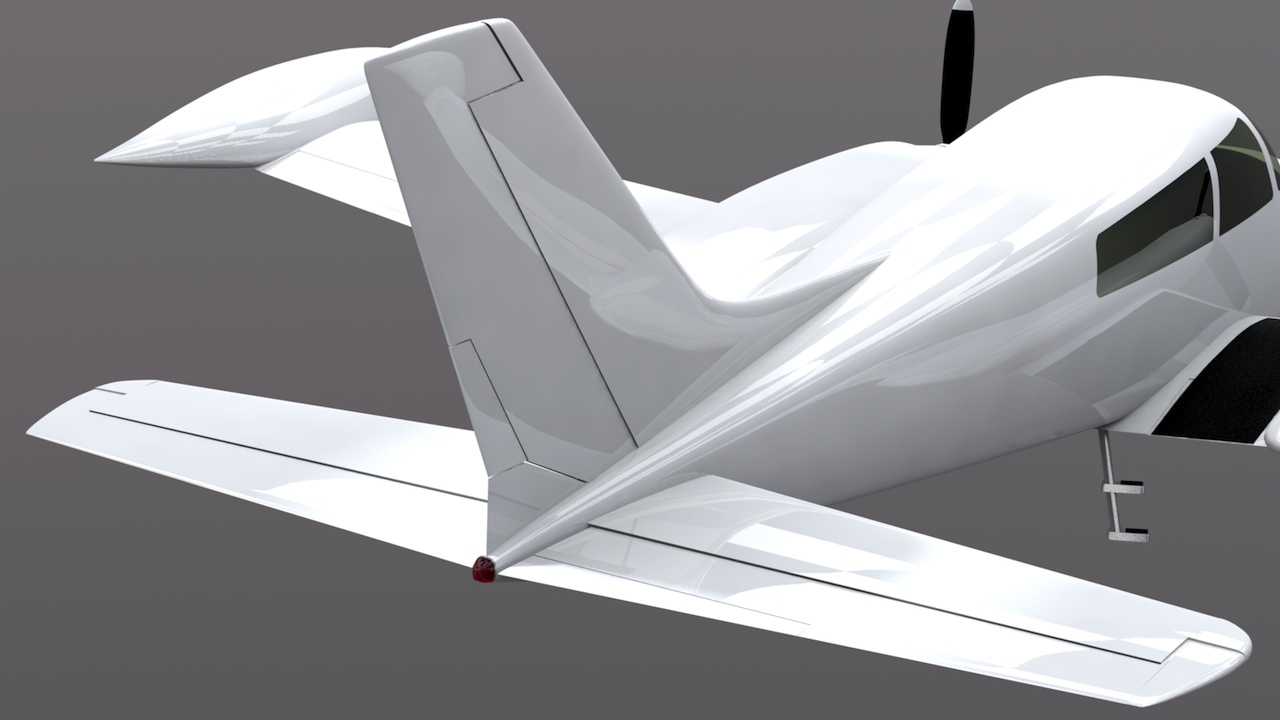 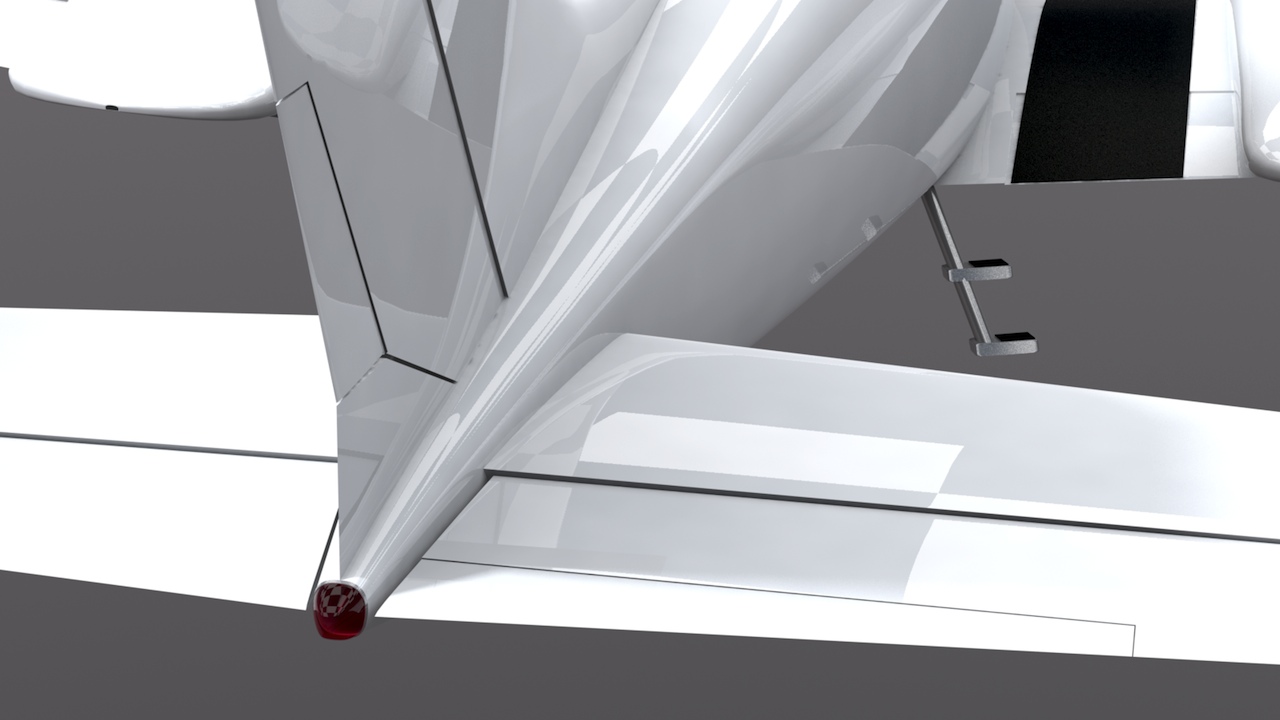 Below, I've cut out the nose compartment doors, and have lined those, the cabin door, the pilot's escape window, and the baggage door with dark "rubber seals". I've also refined the aft end of the engine nacelles, the wing tip tanks, and the control surfaces. These are relatively-subtle things, but the exterior has to be right, before I start building the interior. Almost there... 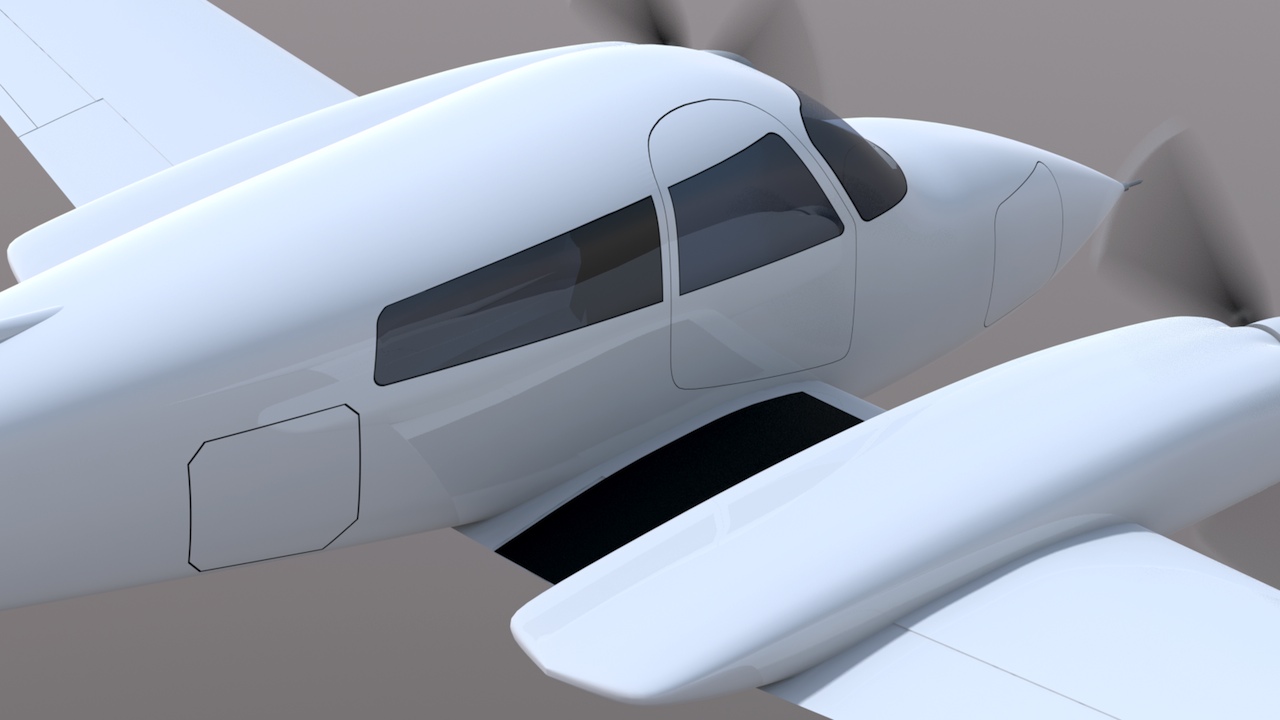 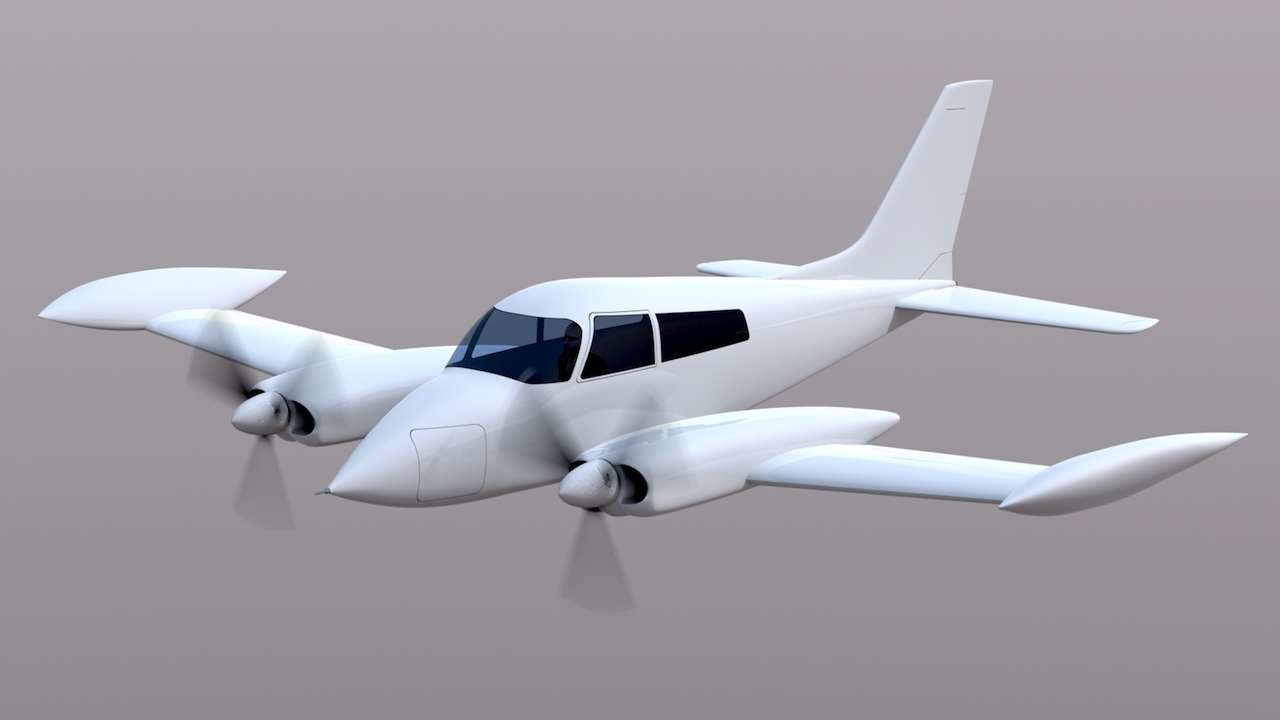 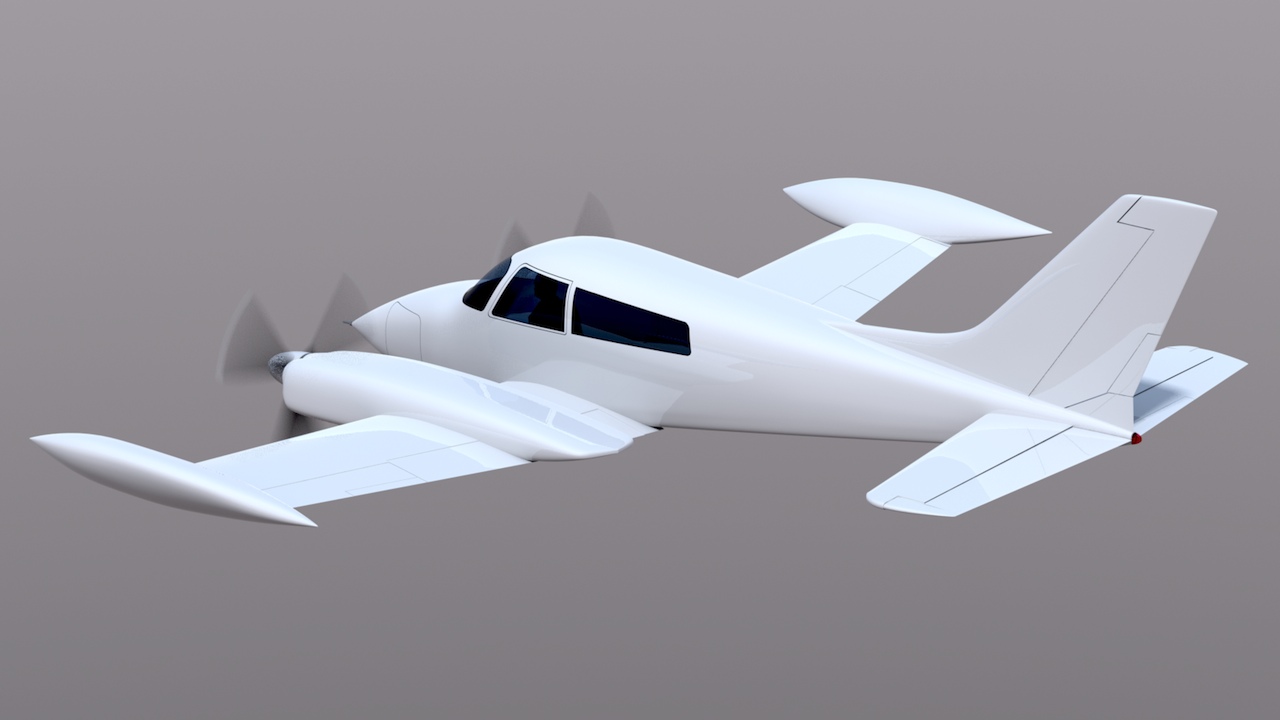 This aircraft is starting to look right, and it's bugging me that there's no landing gear. So. I've started with the nose gear. When I have the nose gear and main gear in place, that will help me locate the exact positions of the internal parts, gear bays, door hinges, etc., so it's the right time to do it. 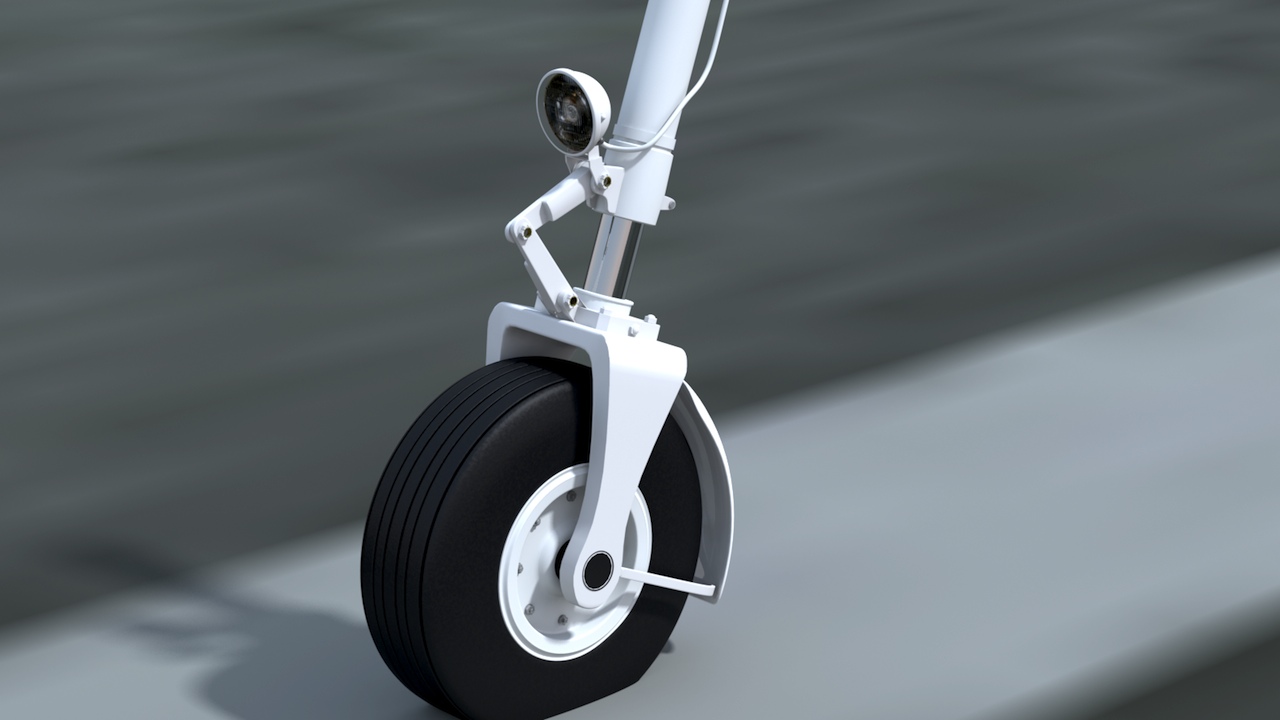 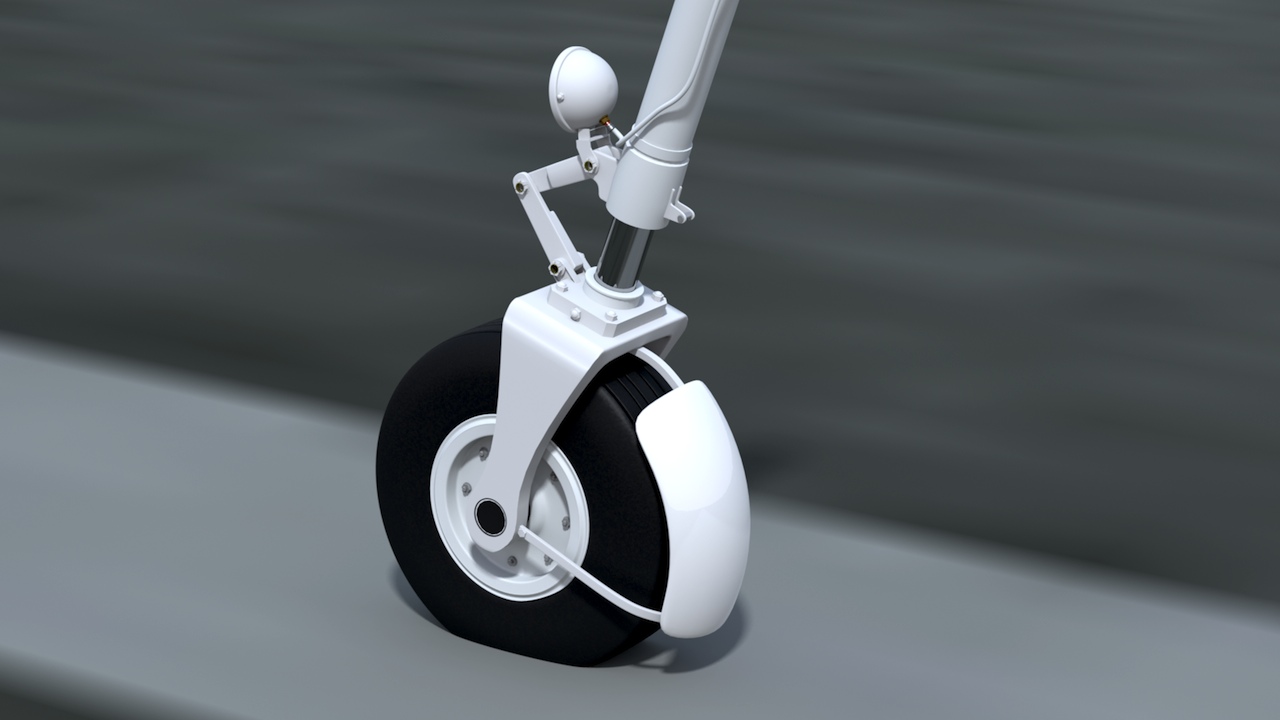 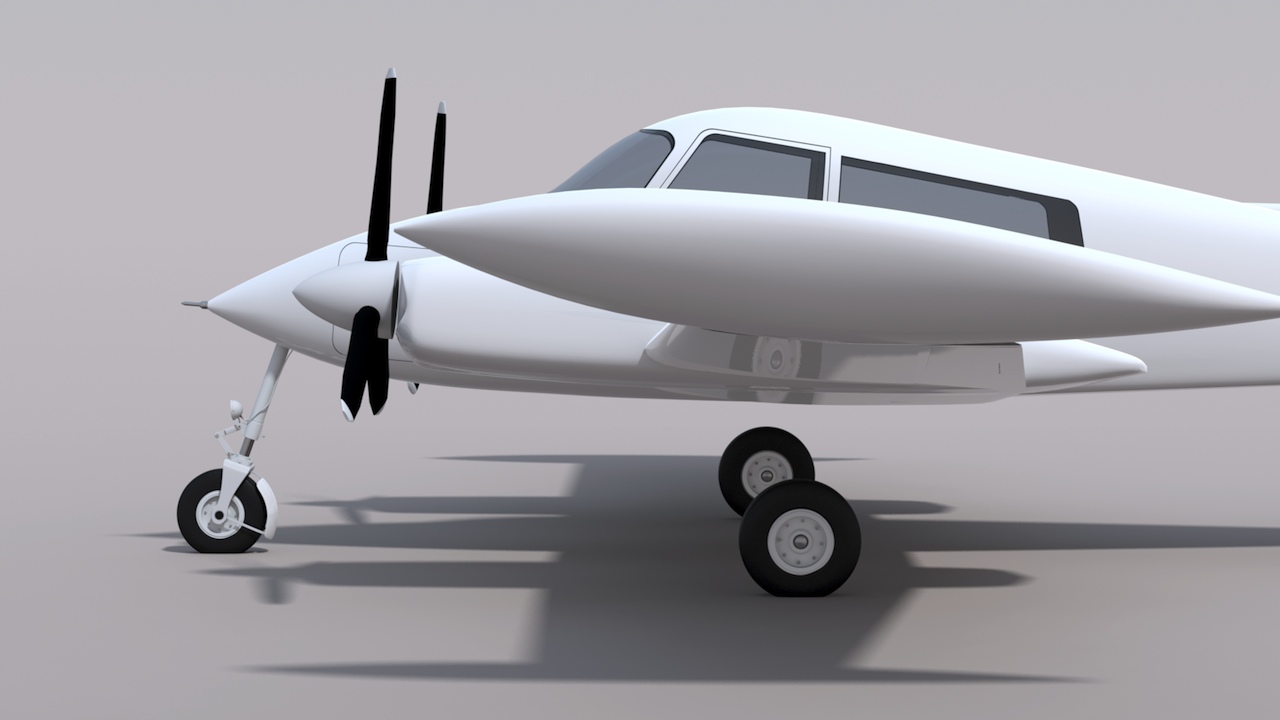 I'm hoping for some better documentation on the main gear, so I've put some proxy parts in their place for the time being, including some proxy gear doors, and will come back to these later. In the meantime, at least it looks right, and this gear can serve as a position reference for other items. (Nose gear doors all also temporary placeholders.) 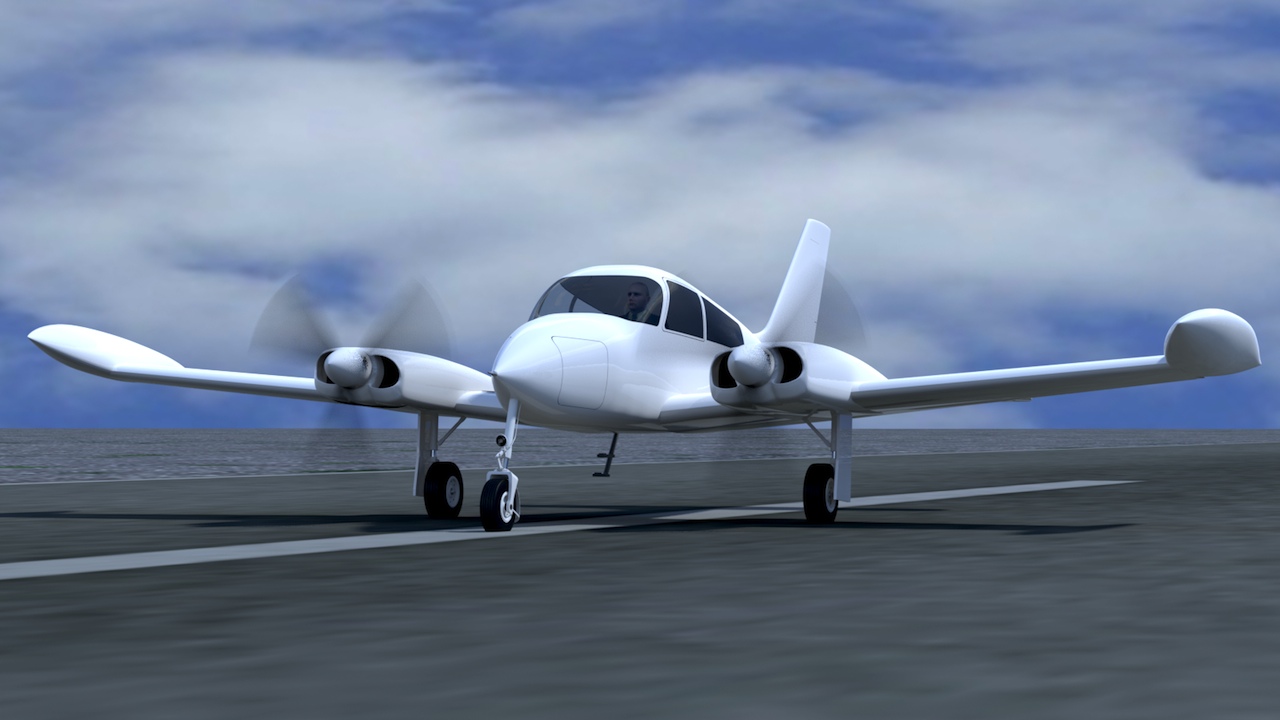 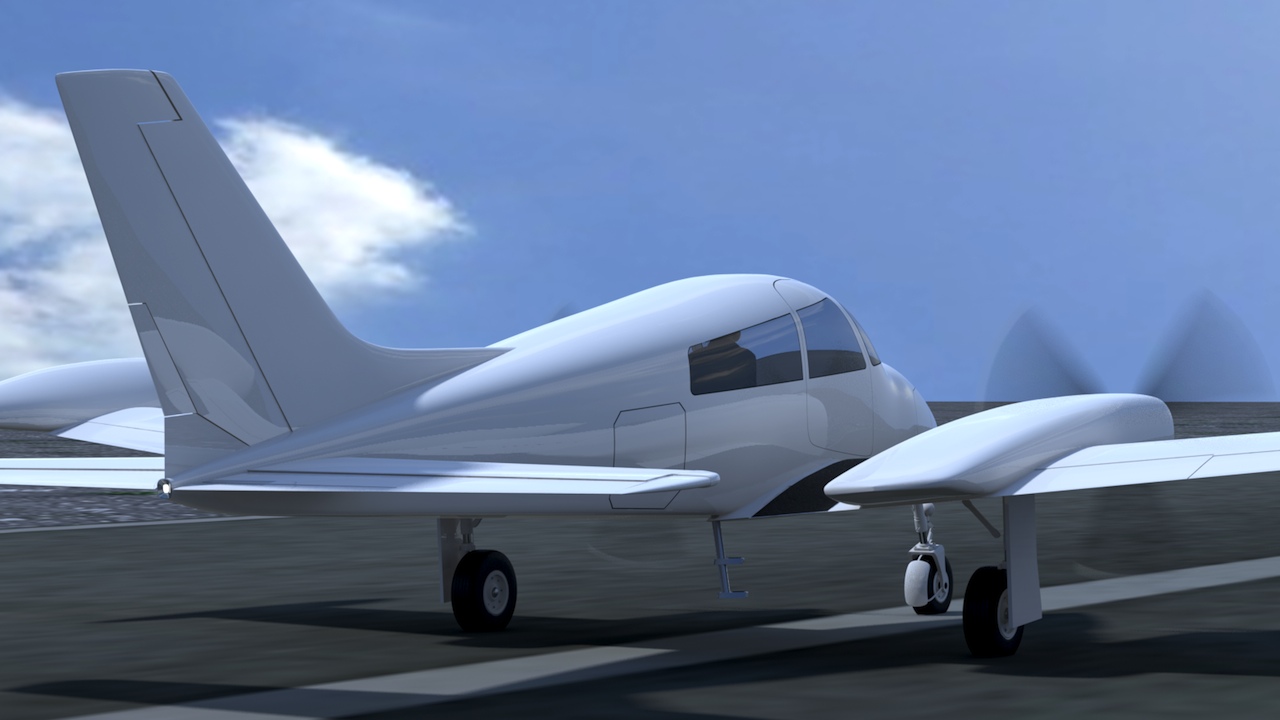 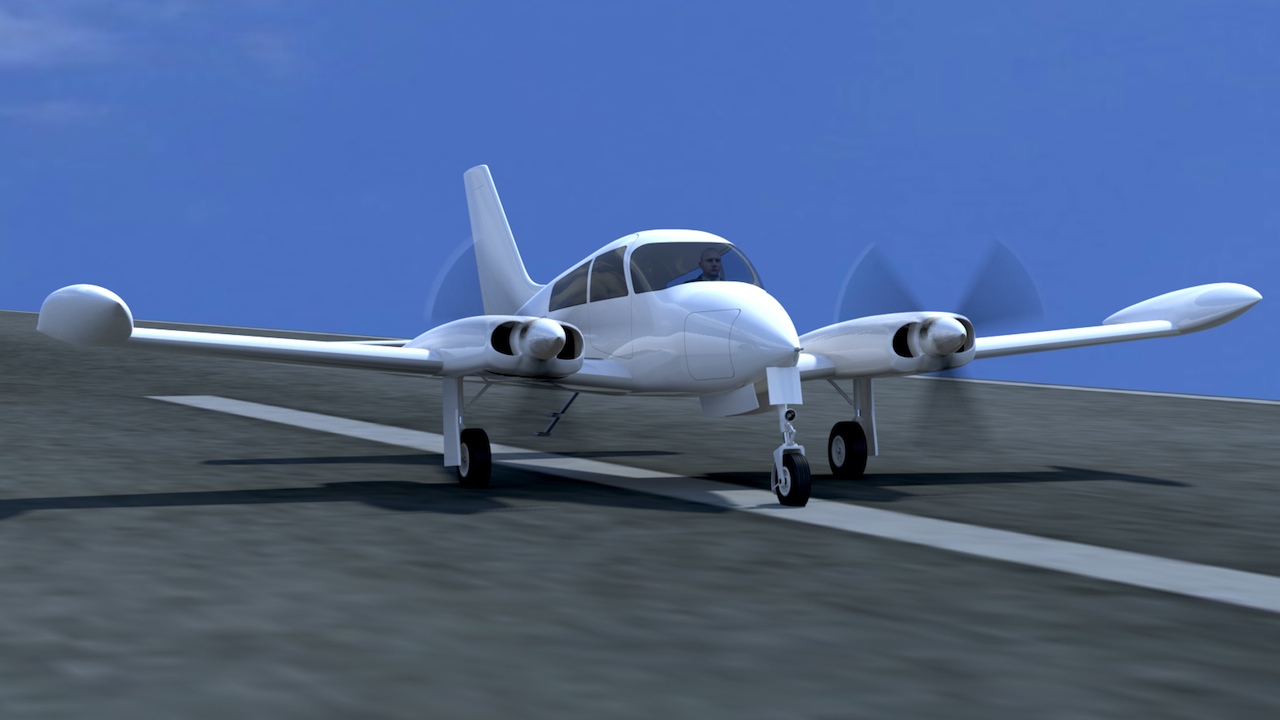