Once the turbine duct design was settled on, their ends were sealed, so they could be exported as solids. (IGES file rendered in Rhino) 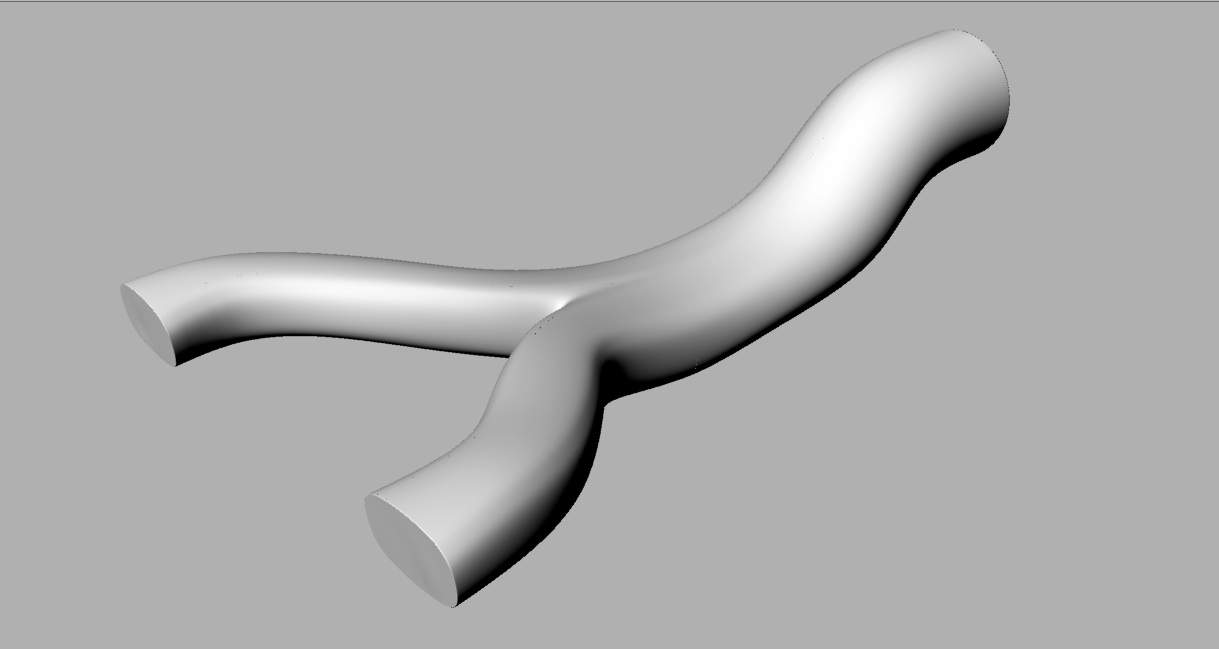 Below - Since the fuselage plug had to be sealed for machining, the part you see here, highlighted in orange, no longer existed. So, it was moved to it's own file, where it could be machined as an "insert" for later fabrication. 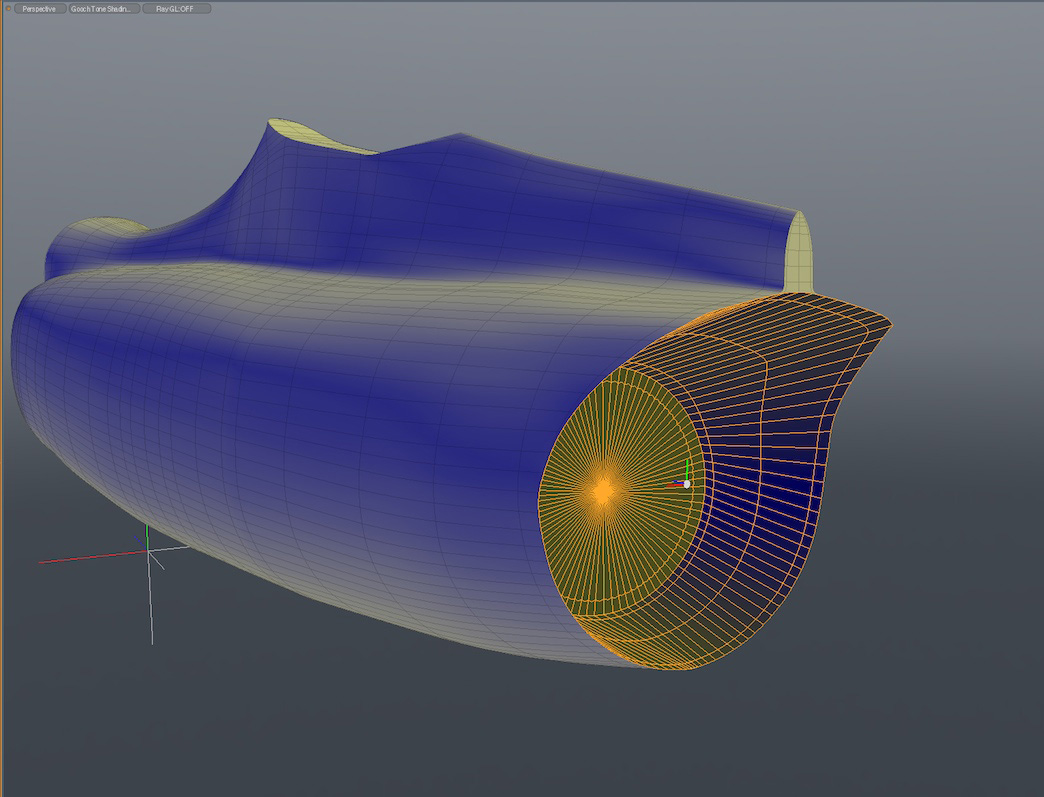 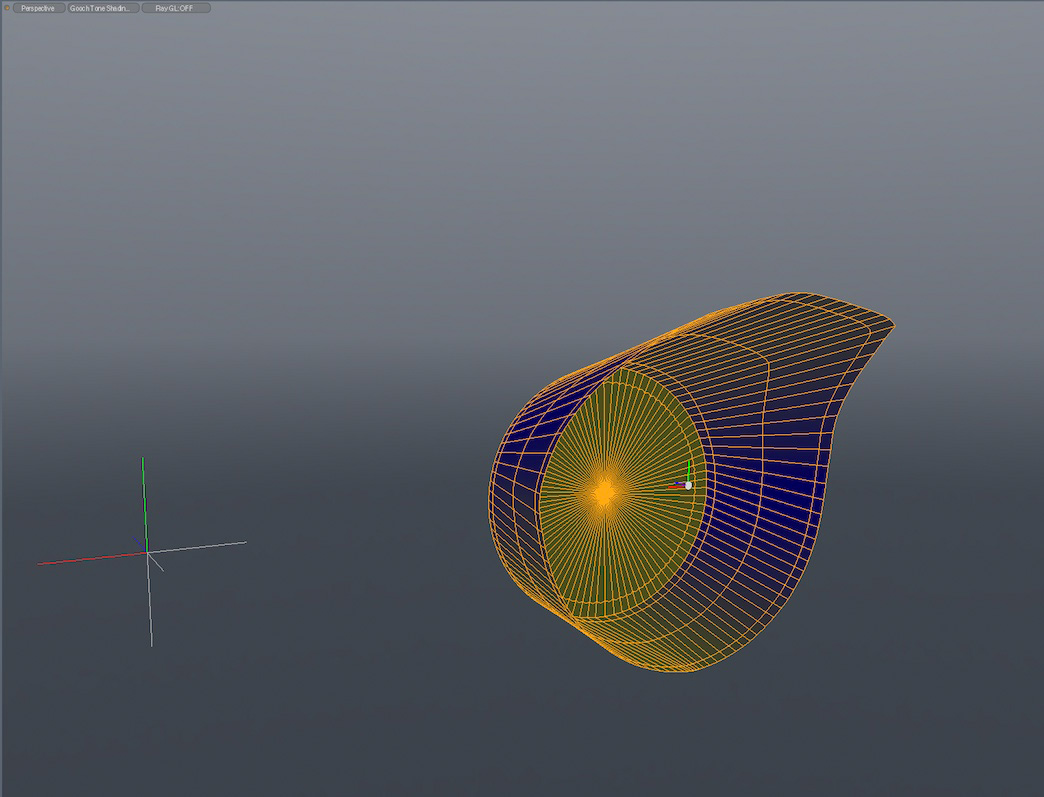 Below - The wing tip tanks and their fairings were made into a separate plug. 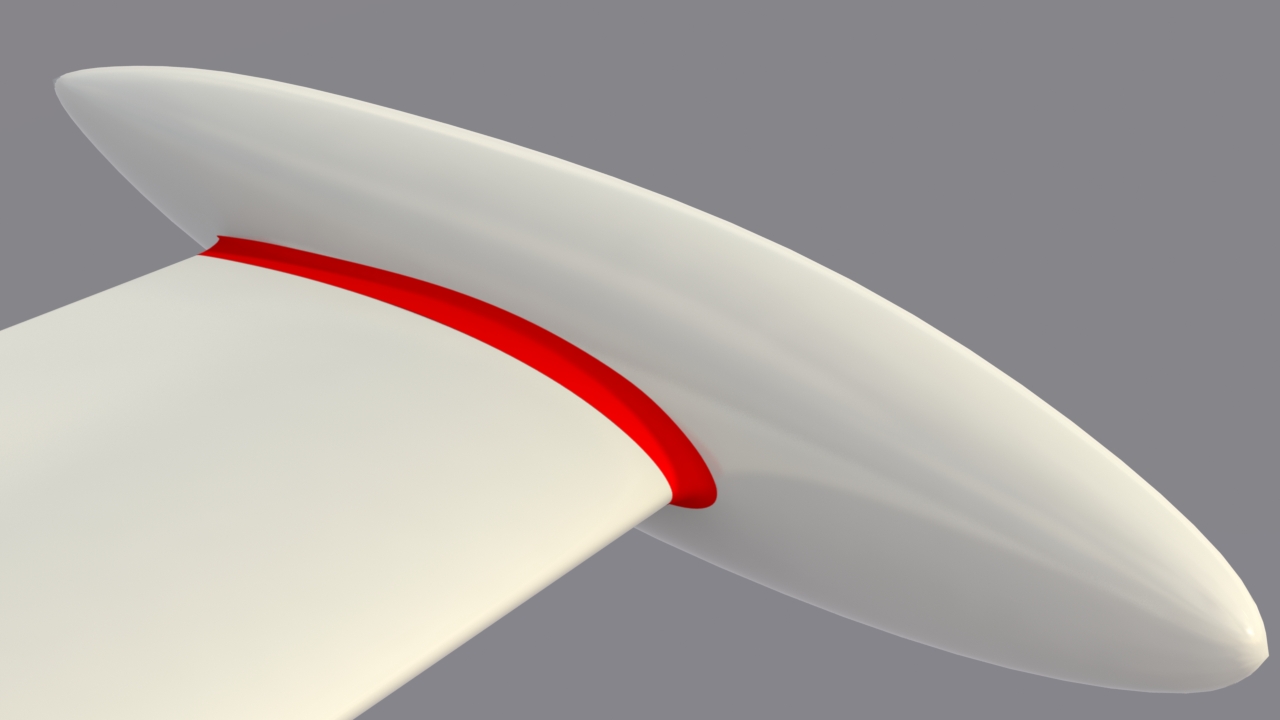 Below - (IGES file rendered in Rhino) 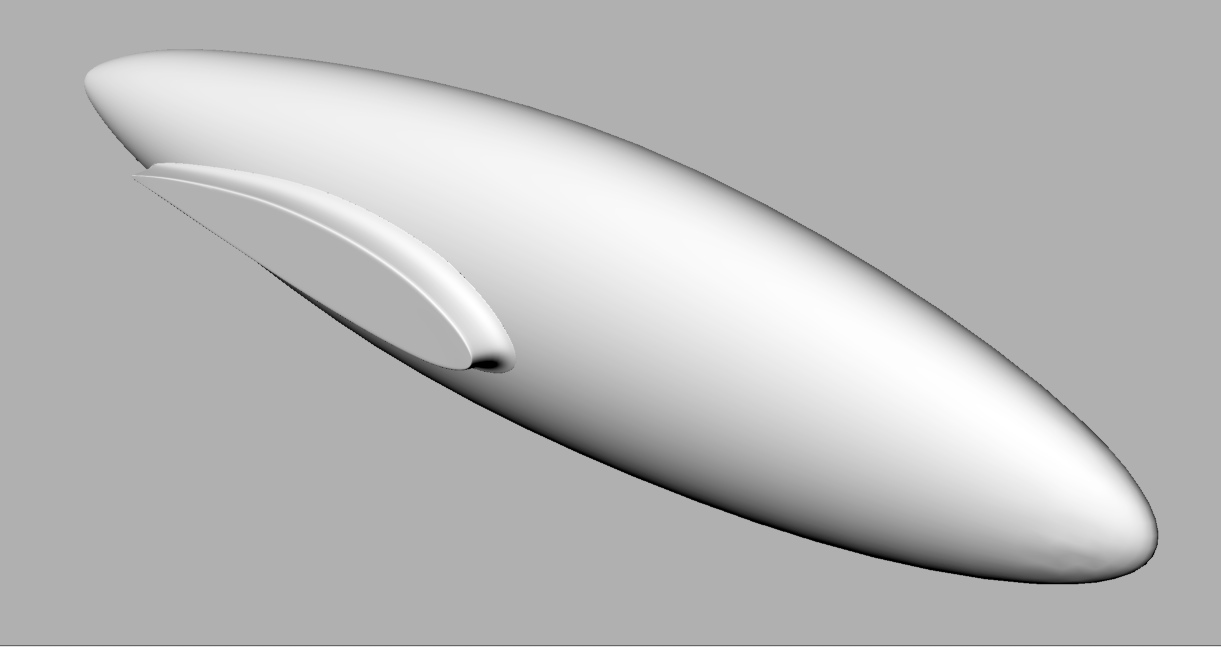 The following three images show the IGES files for the vertical stabilizer, horizontal stabilizer, and wings, in their IGES format, rendered in Rhino. (Note that all the openings at their roots and tips have been closed. 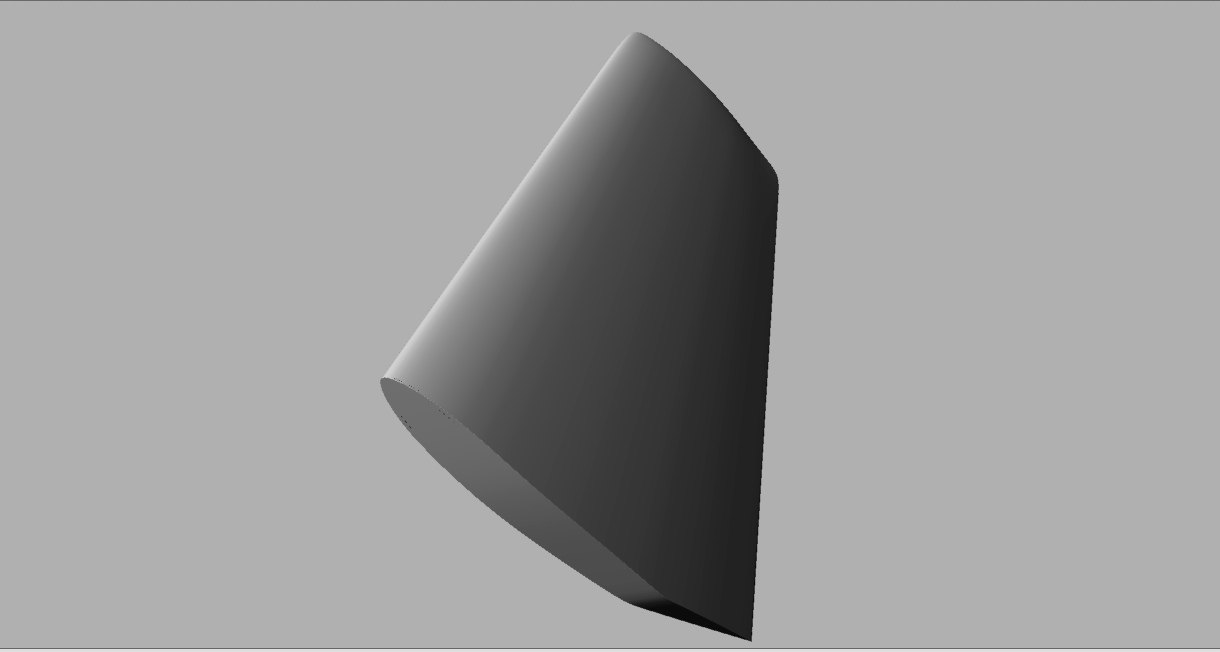 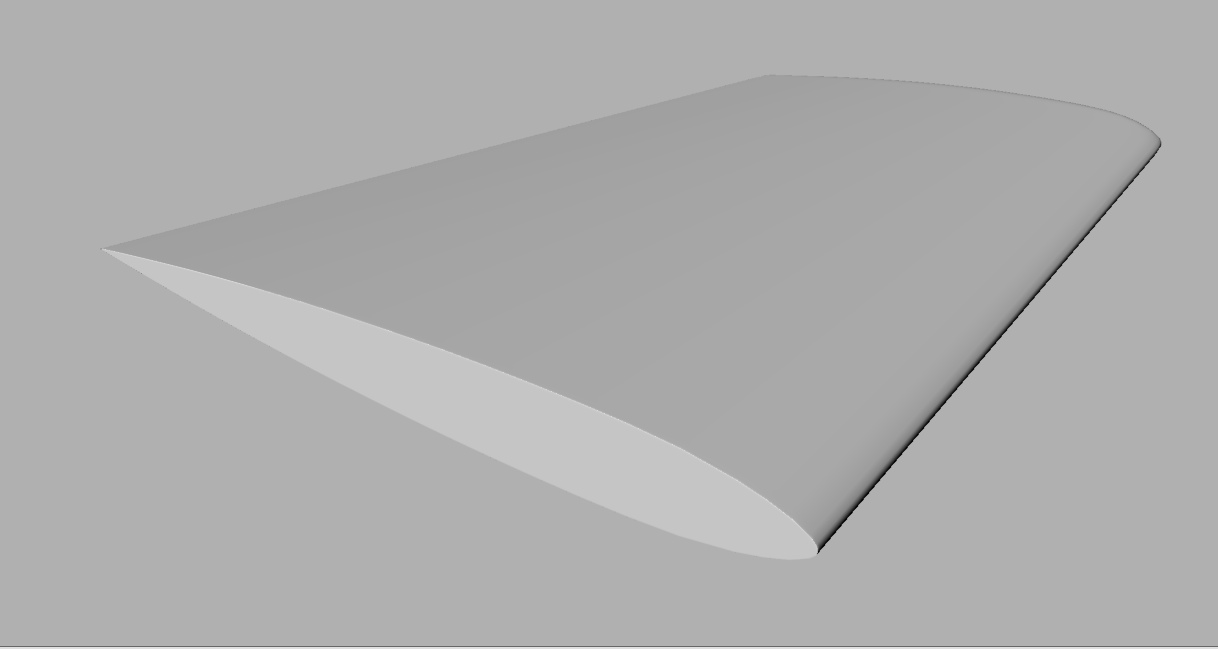 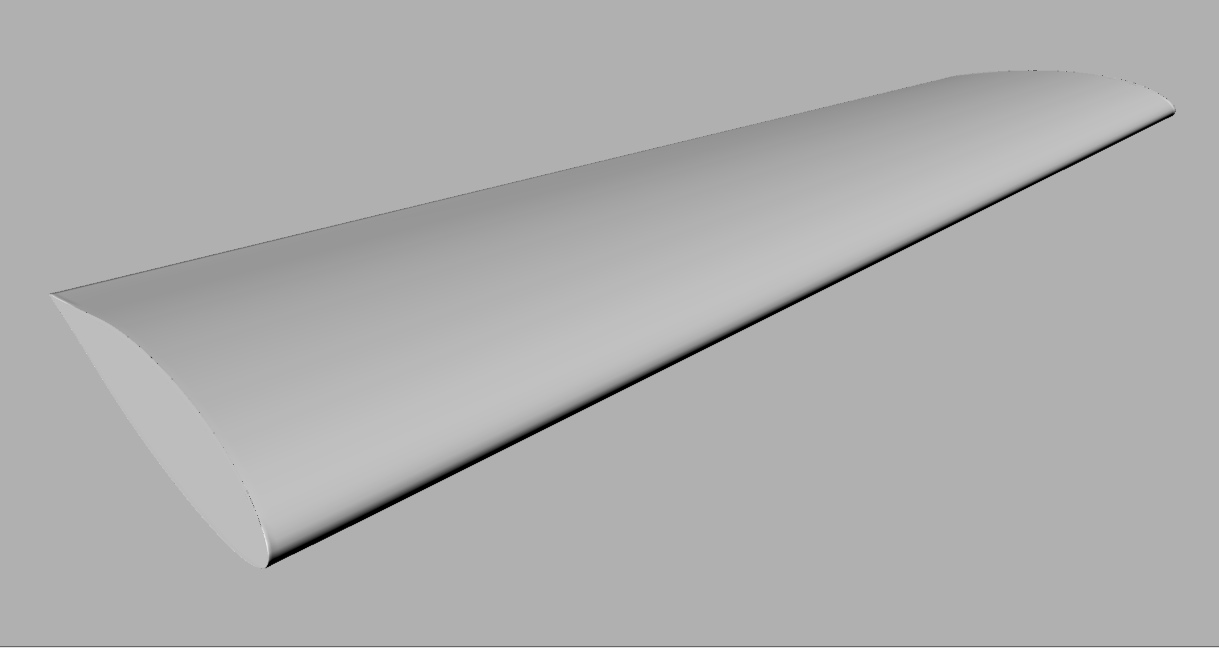 Since the fuselage would now be machined, rather than built from formers, the formers shown here are for the actual final model, and are located at important structural positions.(This is conceptual, so showing their thickness wasn't important.) 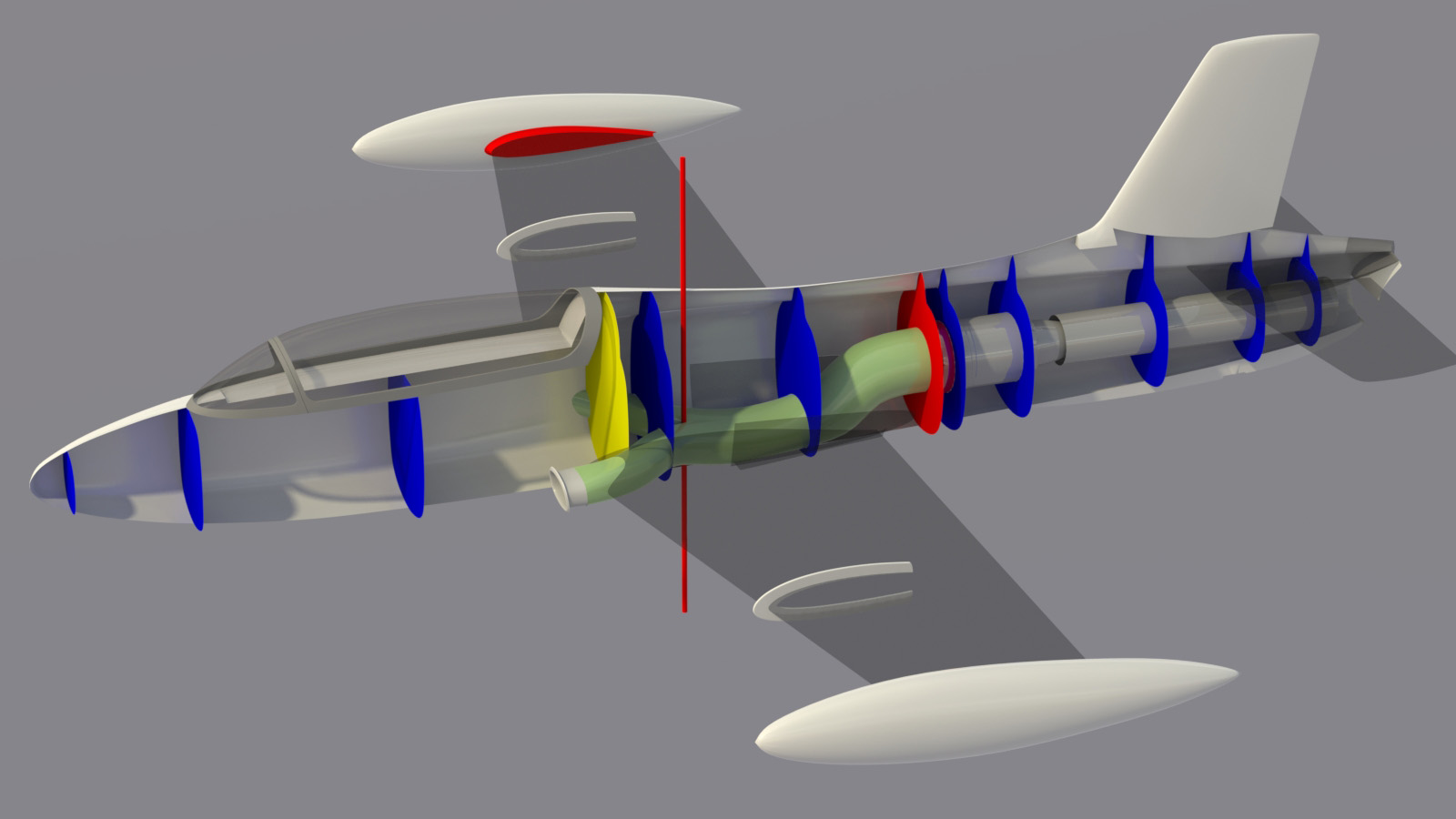 Below, a "fly-around" movie, for reviewing the former locations

Below - With all of the original parts turned off, these images show only the (Psub) parts ready for machining. 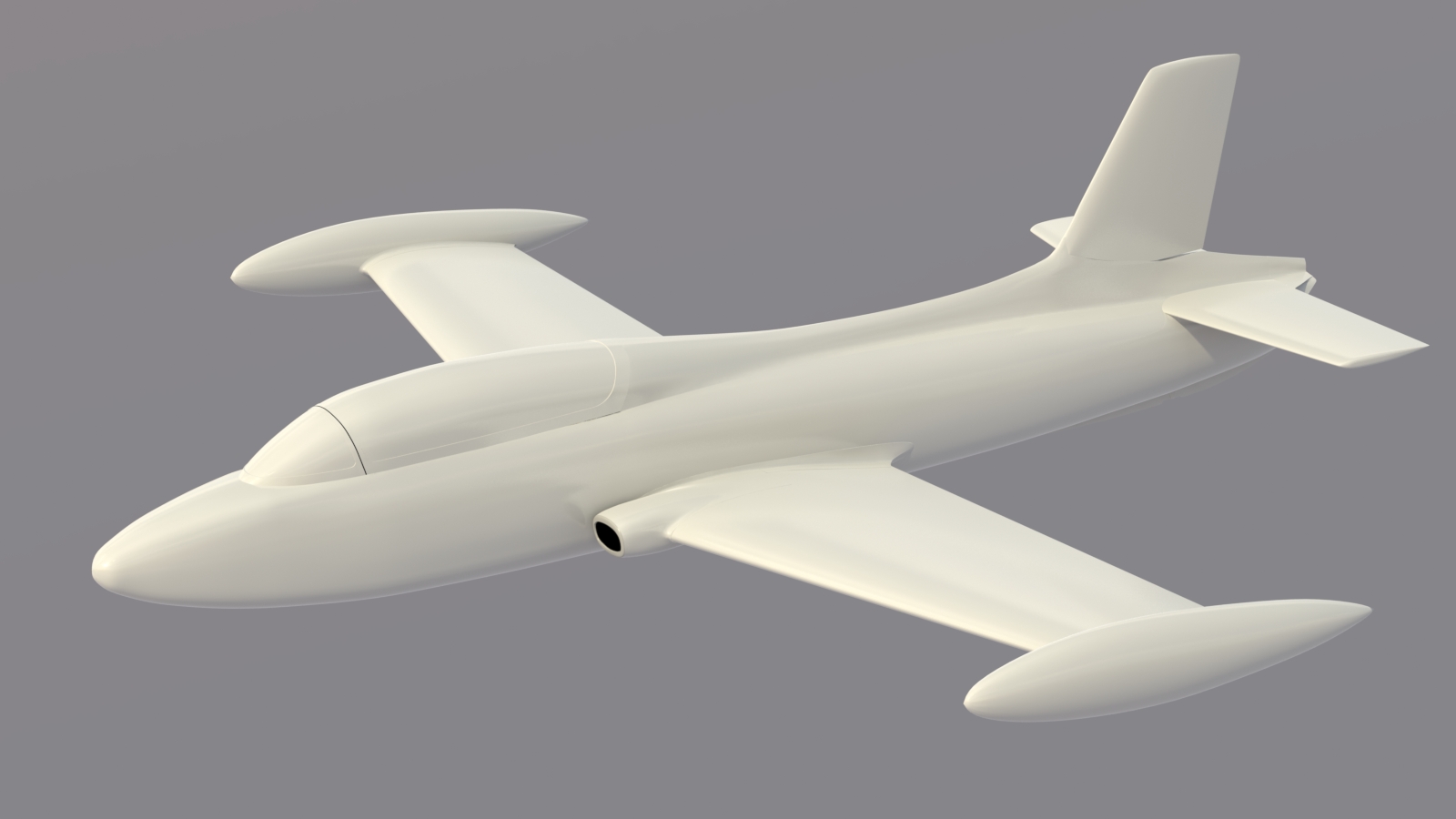 Below - We've joined all those troublesome edges comprising the tail fairings, and everything looks good now. 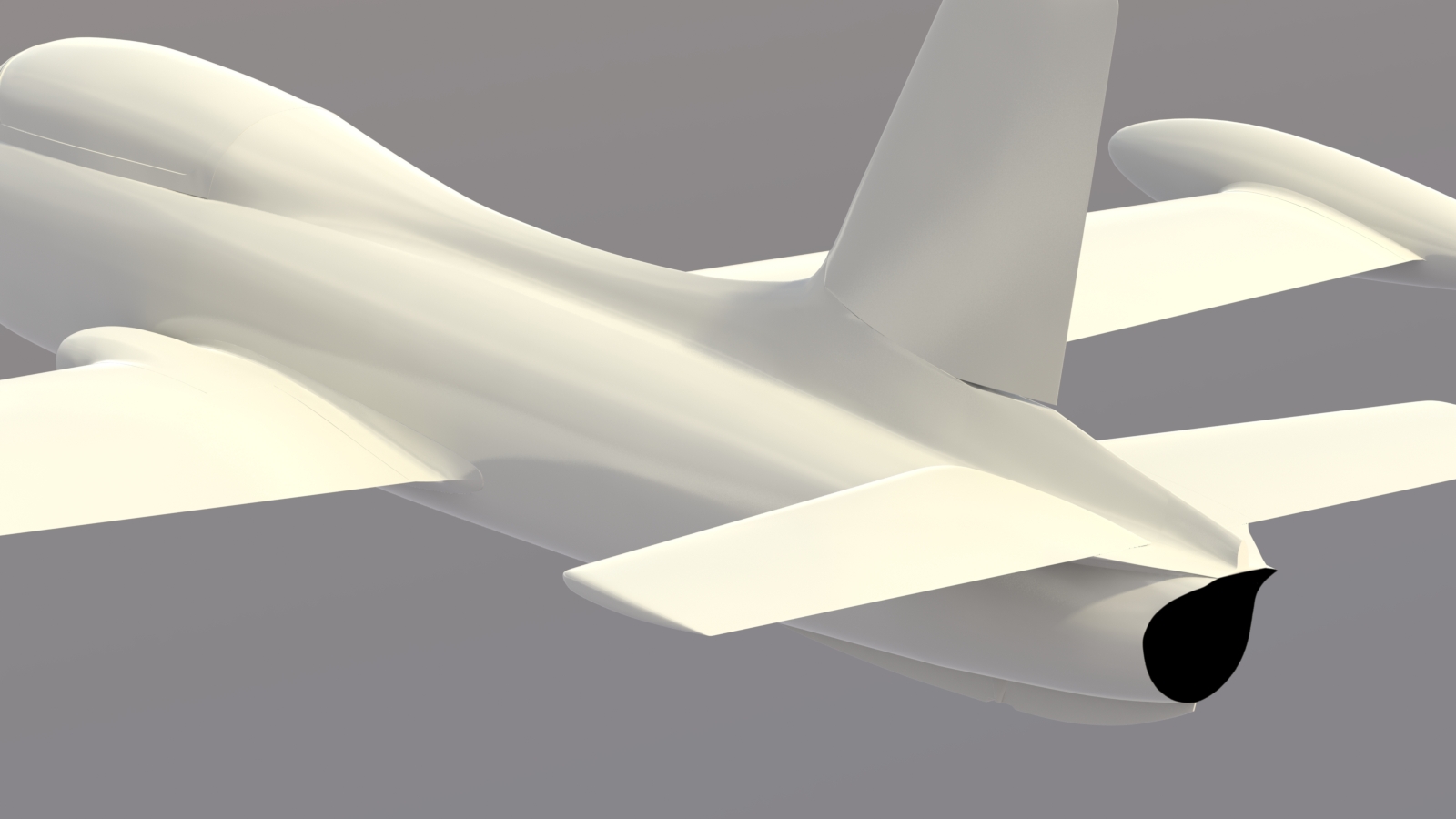 Finally, an exploded view, showing all the machine-ready parts, in sort of a "kit" form.

For now, my part in this project is finished. Next, the customer will have the plugs machined, followed by creating molds, fabricating parts, assembling them, installing the equipment, making test flights, and so on. As the process continues, I'll post photos here, so you can see the entire project. Check back here occasionally, for updates.

For those of you who are interested in details, I've included a rather in-depth discussion of the whole process in my latest MODO training tutorial, "Modeling with MODO, Volume Five - Problem Solving".

I hope you enjoyed seeing this part of the project. Thanks for following along!
- Mike James