I've joined the canopy and fuselage, and given the canopy mesh some proxy colors. I've also done a bit of work on the jet intake shape. 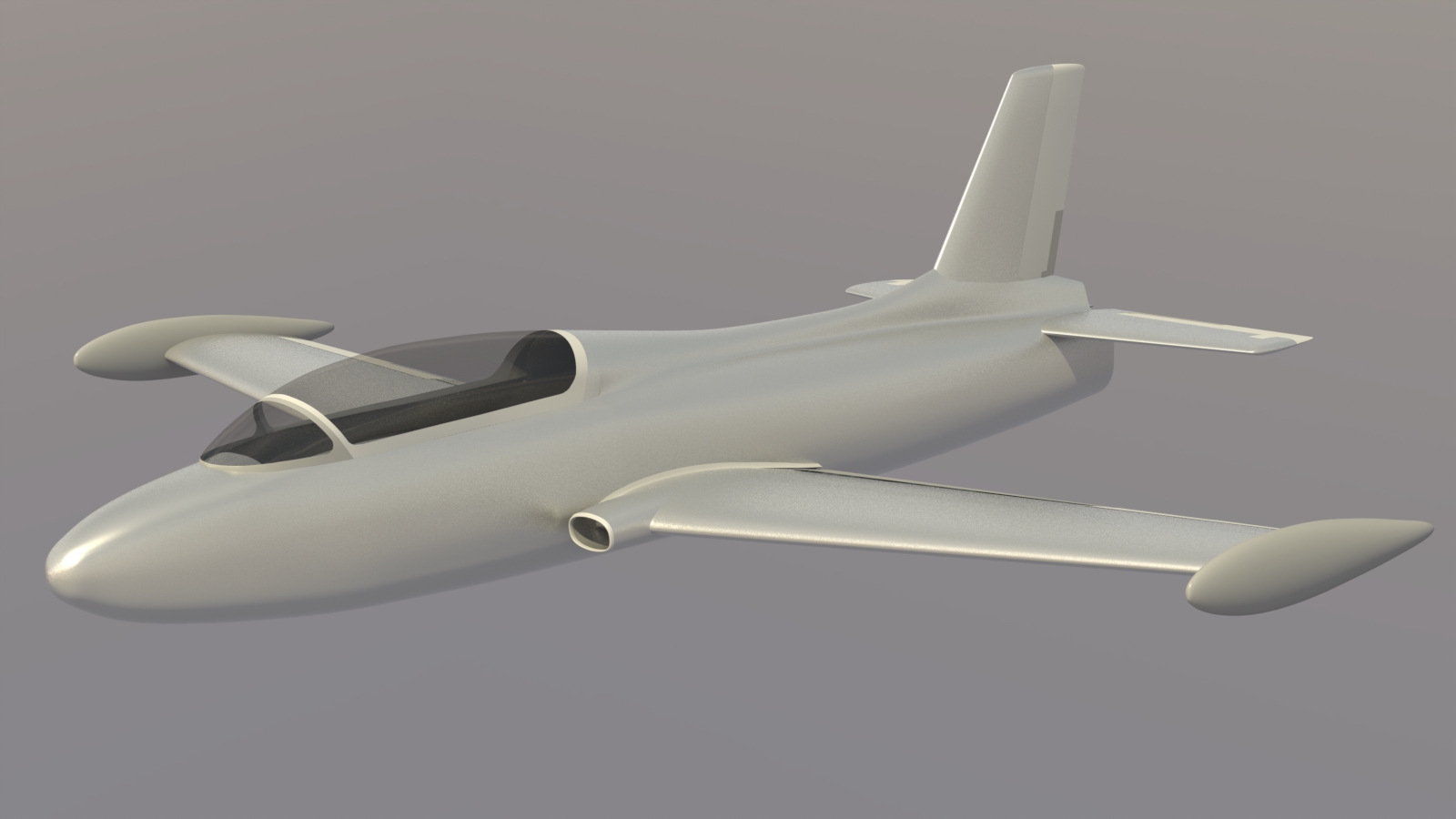 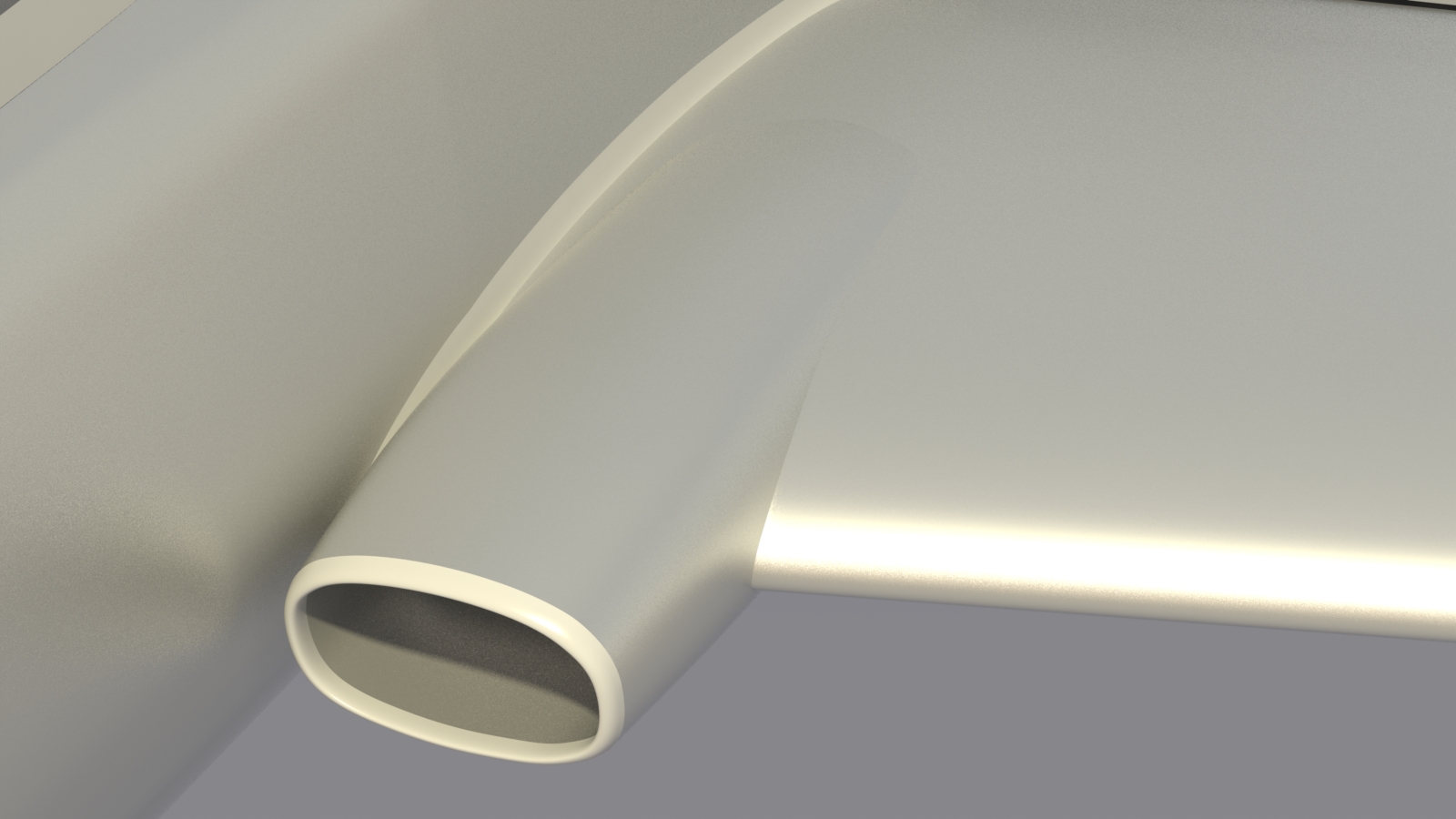 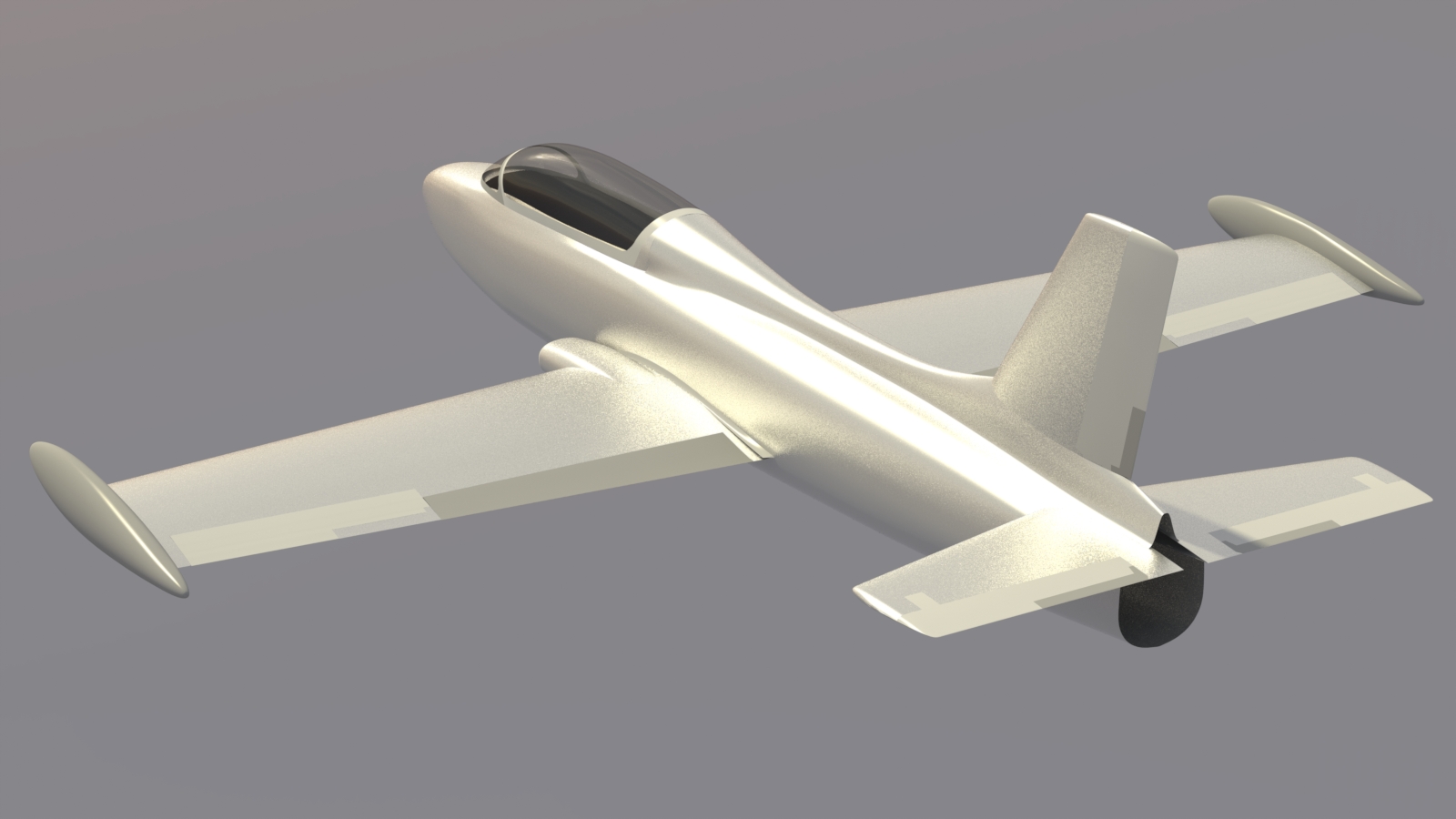 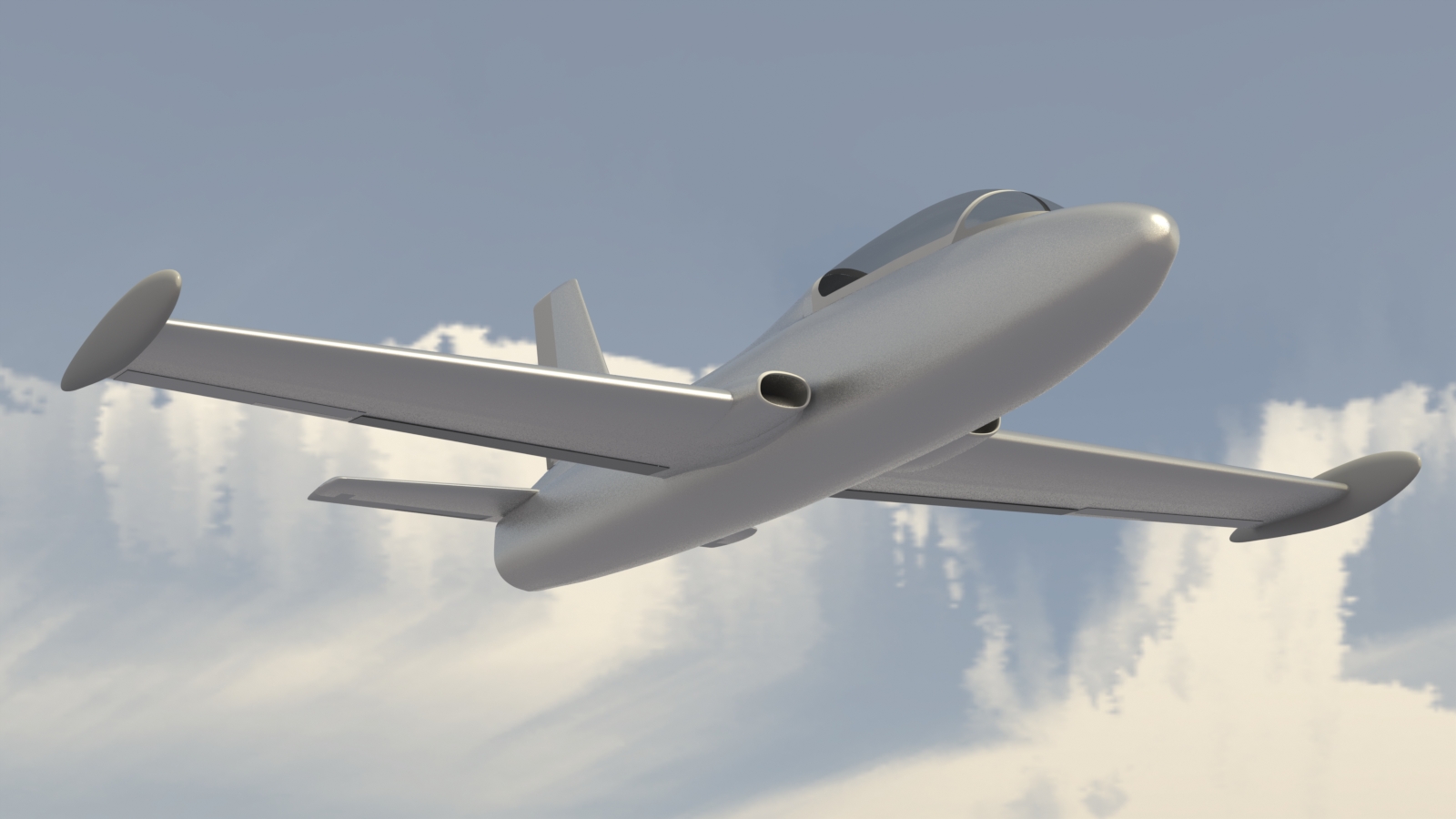 Fuselage and canopy meshes are now frozen to hard polys, so I can begin working on smaller details. In this update, I've been working more on some of those details. The tail wheel and tail wheel fairing have been added, and the aft fuselage shape has been modified slightly, around the horizontal stabilizer. The exhaust area was reshaped, and next, the final bit of the tail cone will be added. 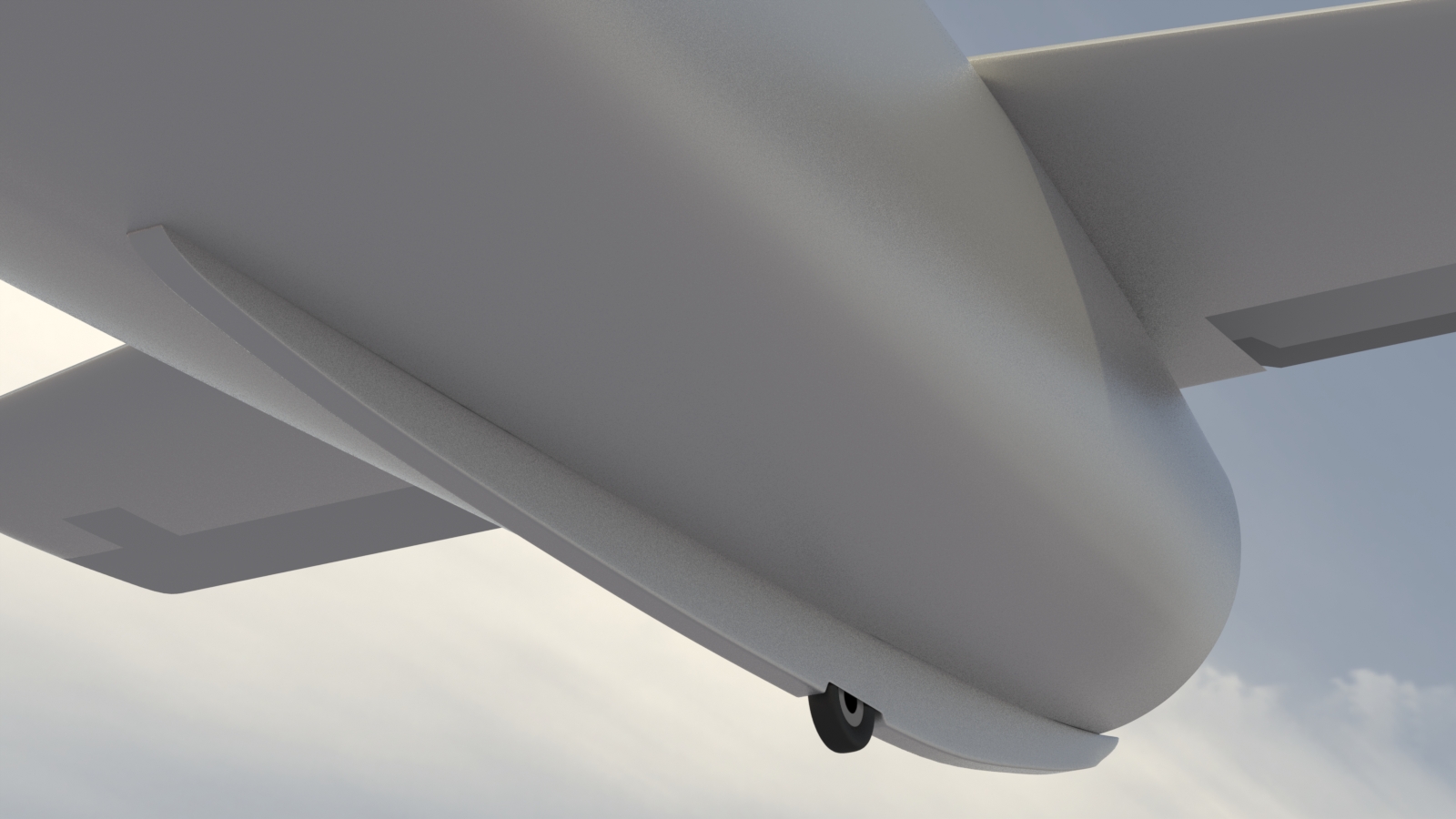 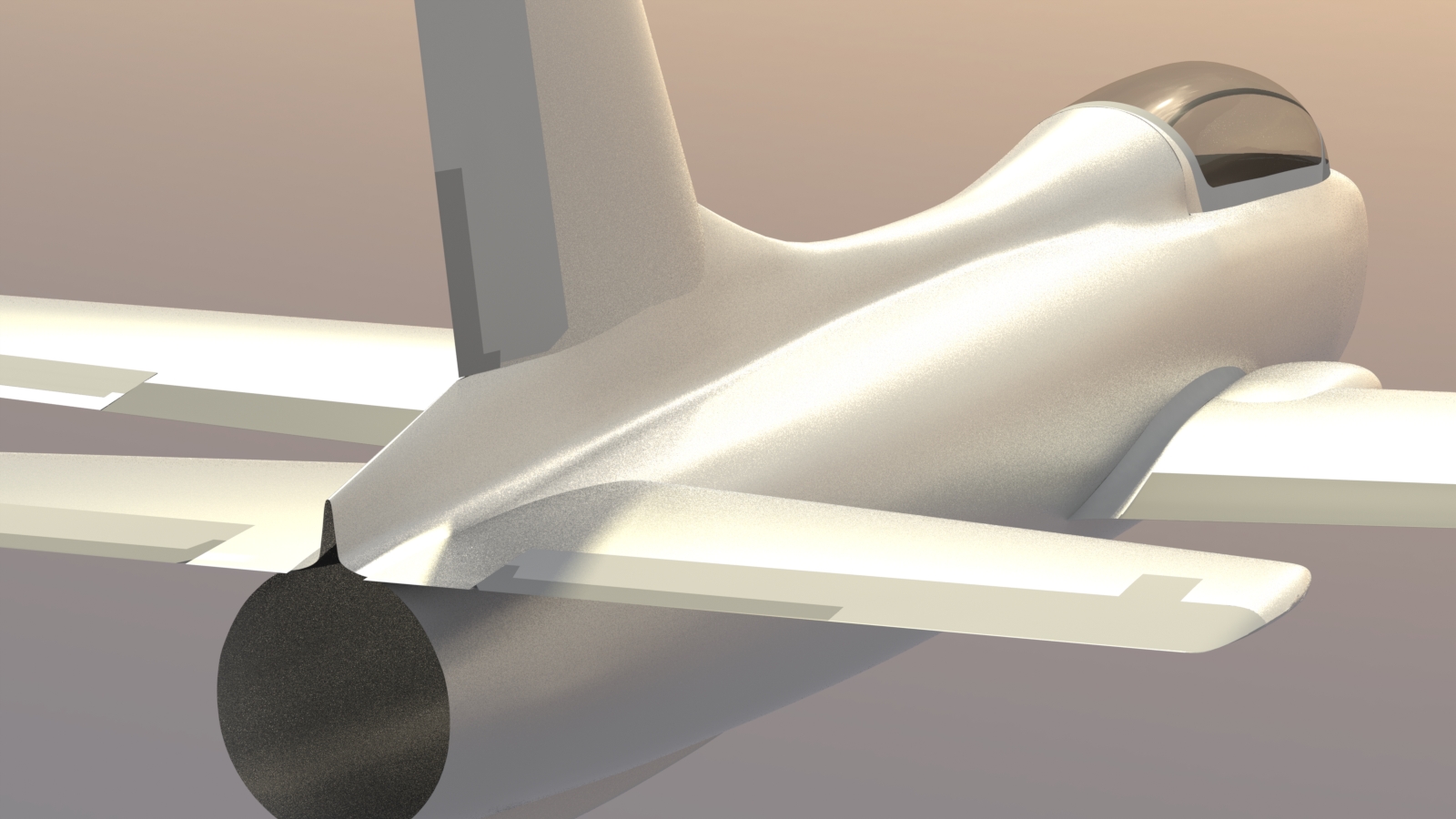 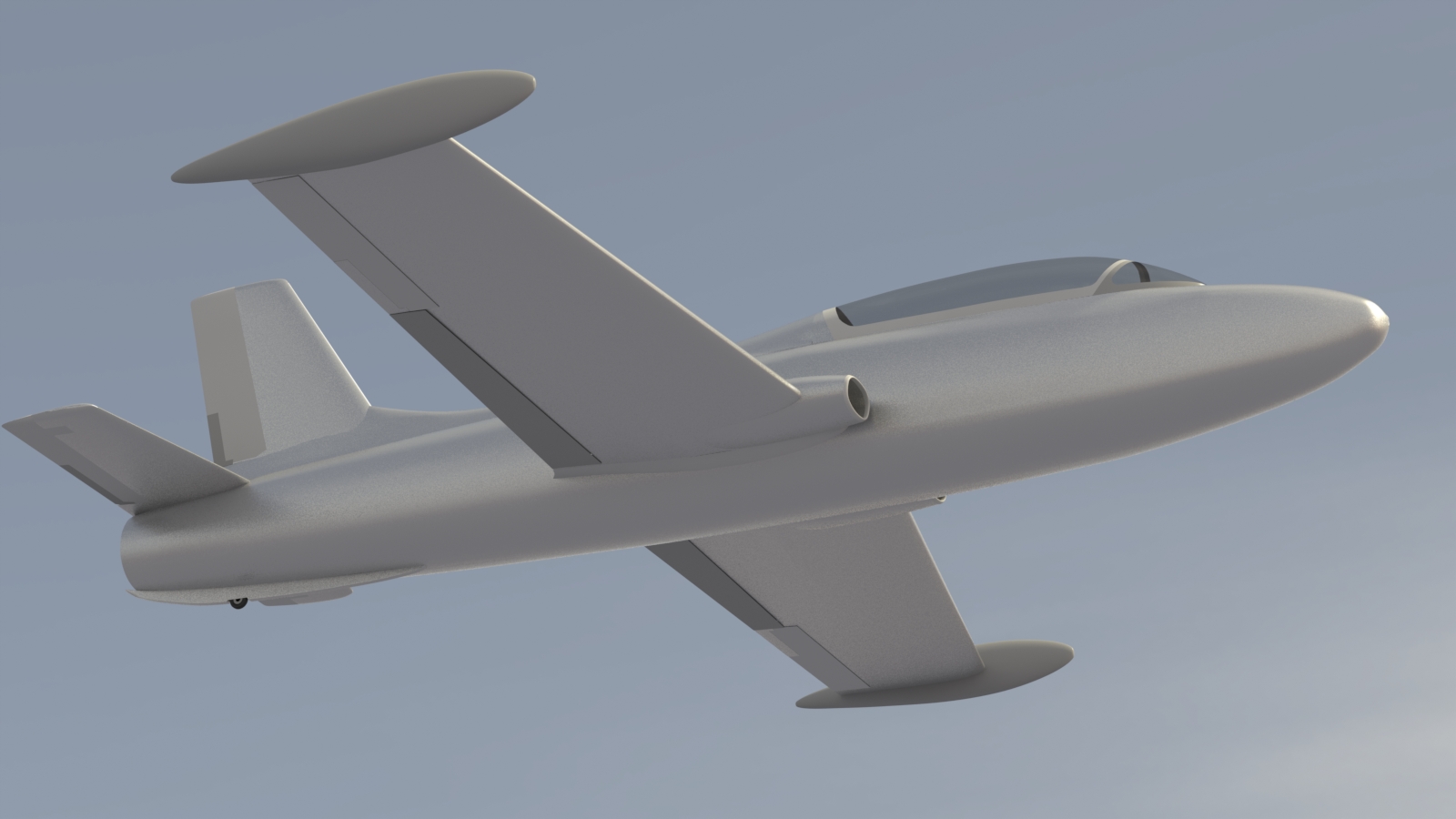 At this point, the fuselage mesh is sharing 3D space with the base of the vertical fin. In preparation for creating the separation seam for this future RC model, some work was done on blending the two. The exhaust portion of the fuselage has been finished, and some wheels have been created in their proper positions, for some future work on the landing gear. 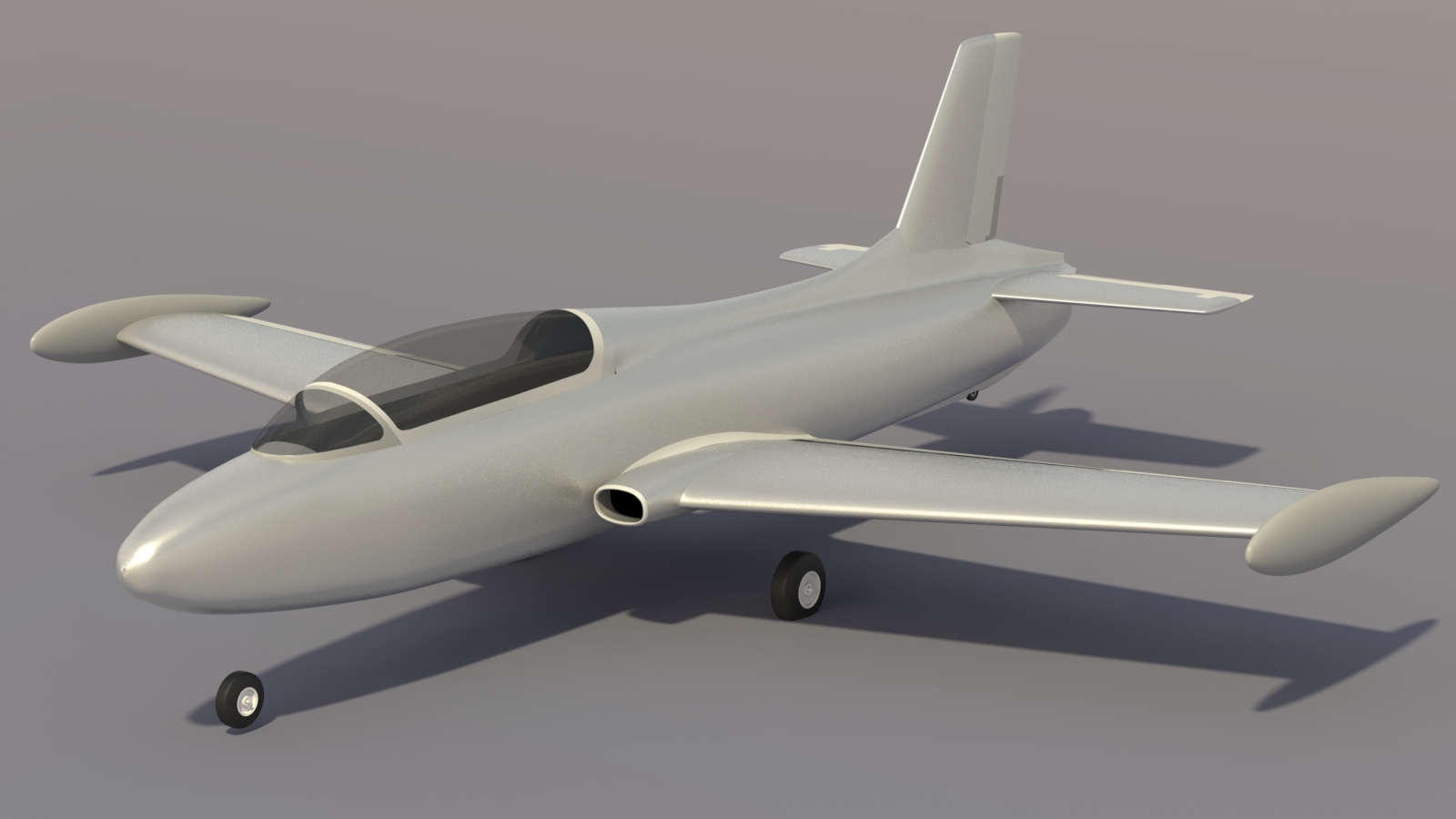 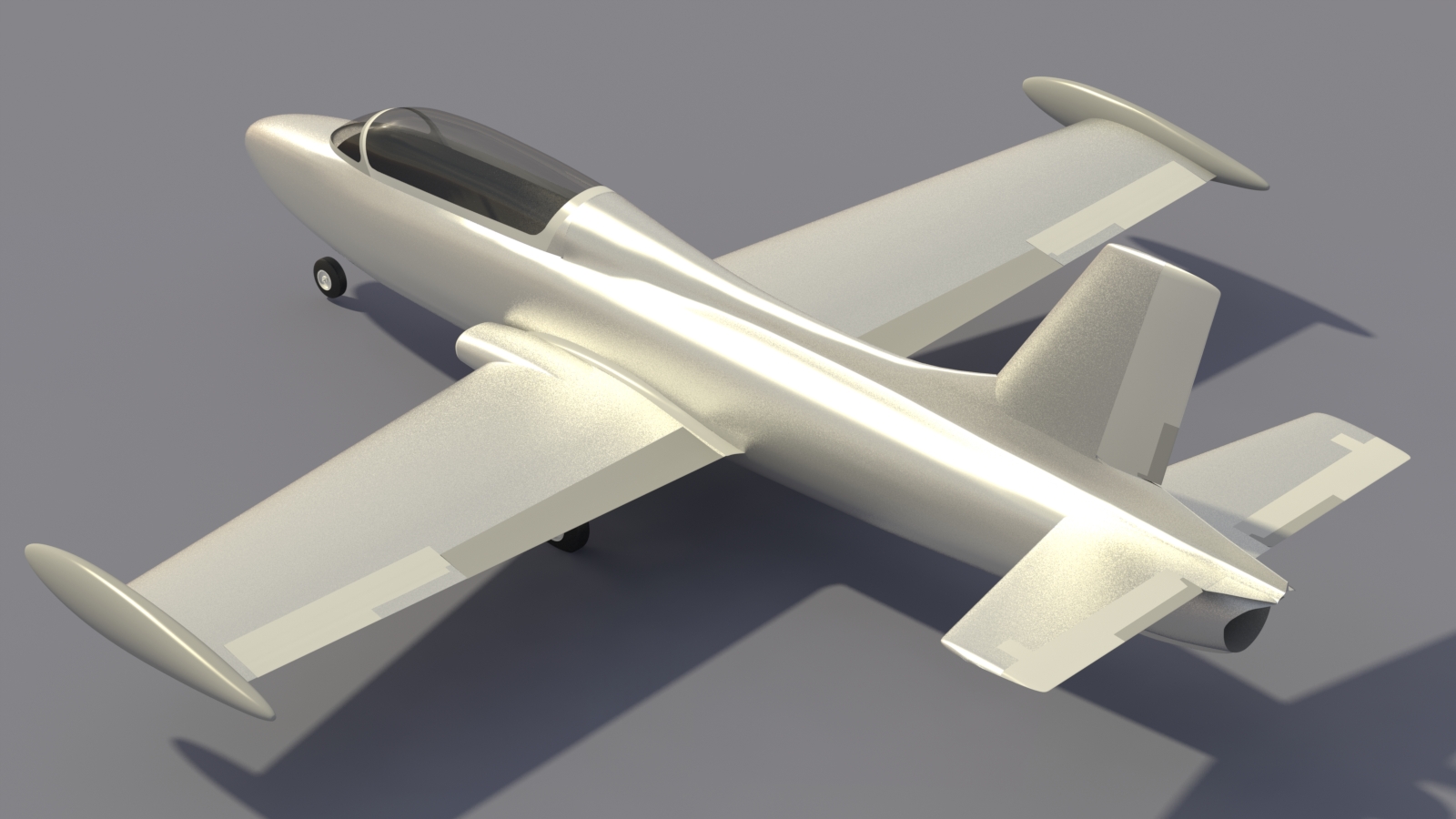 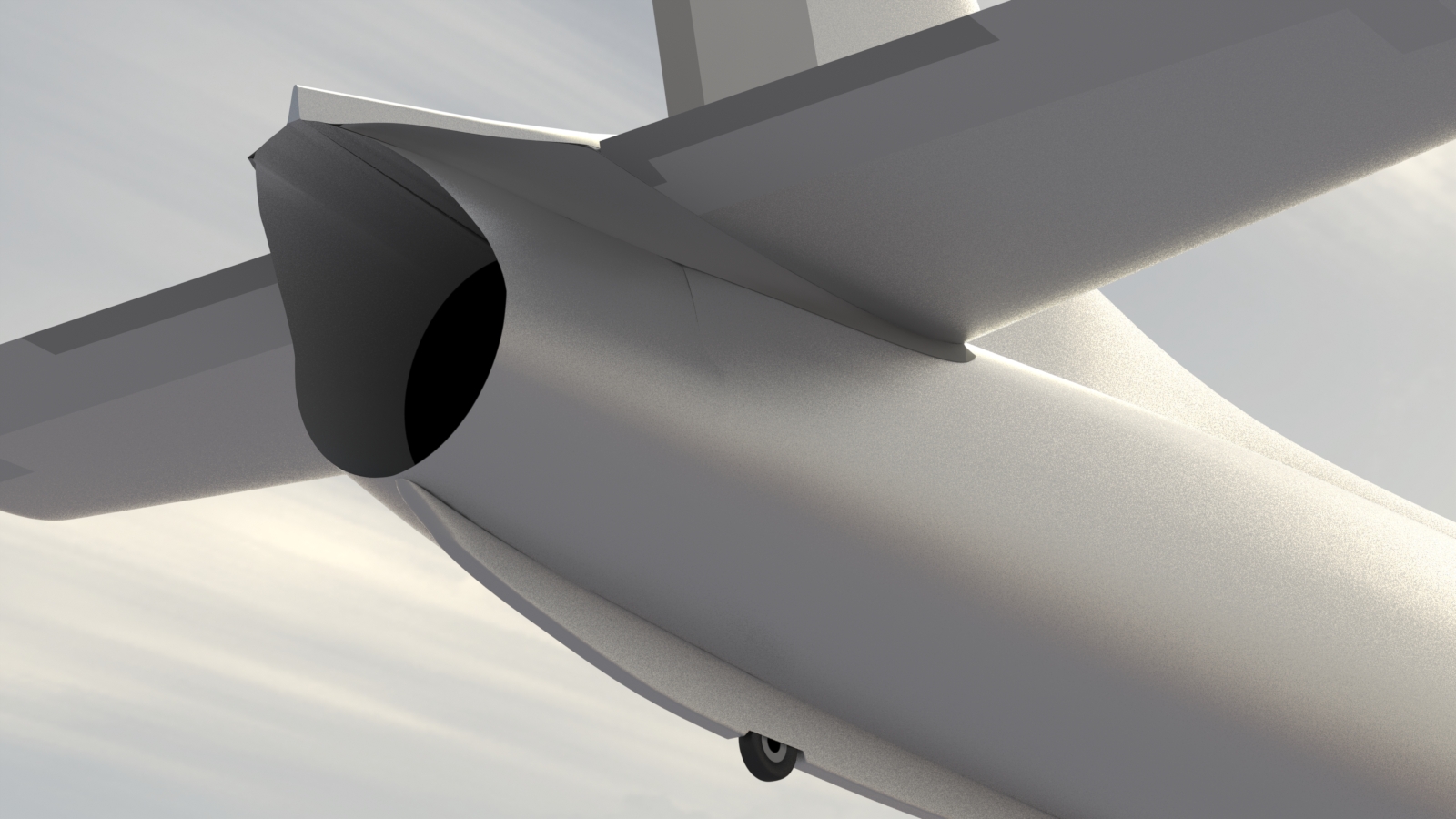 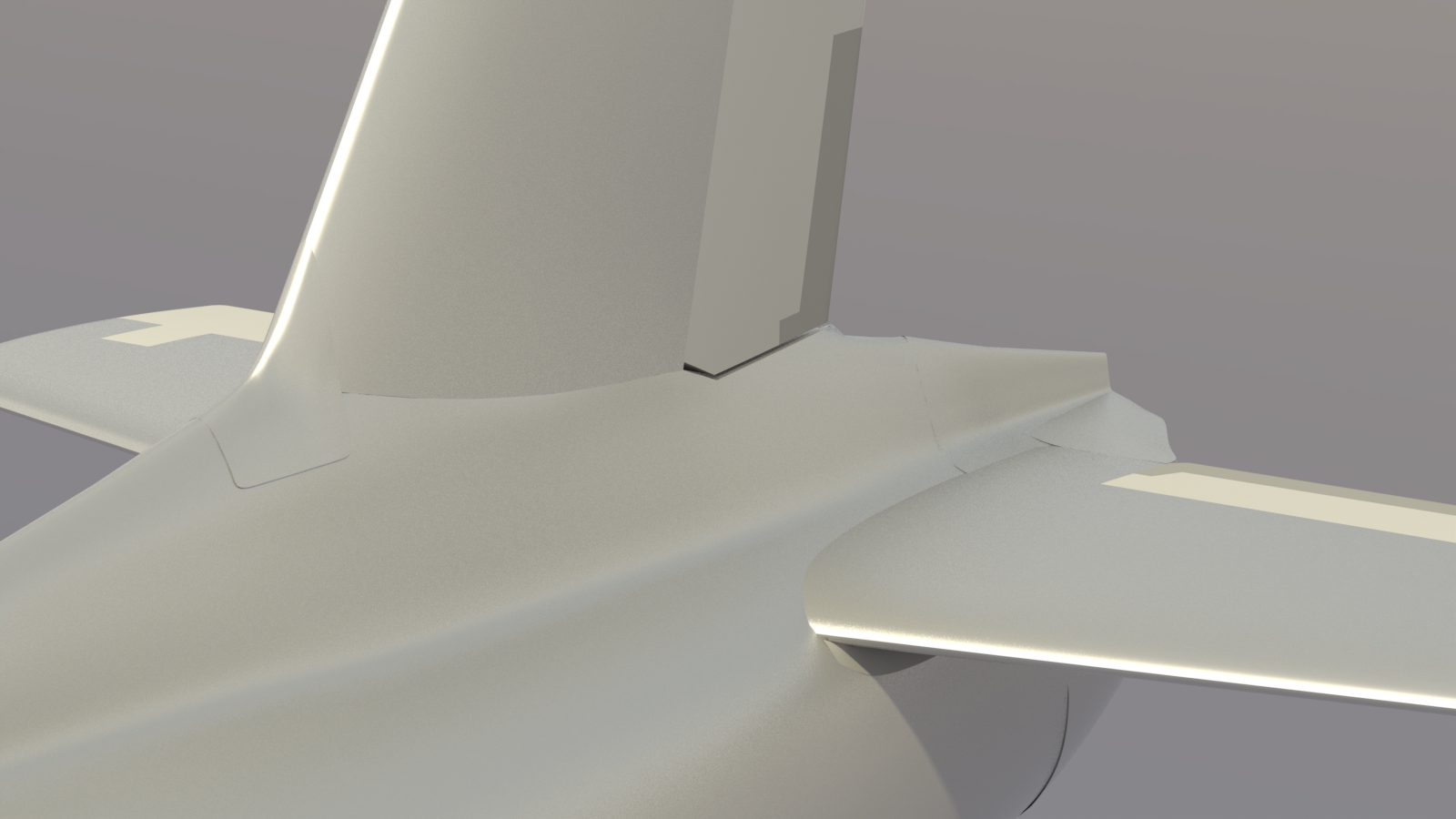 The overall form of the aircraft is correct for visual renderings. Now I'm starting to add those things that will affect the actual fabrication of the RC model. Here, I've added a floor and aft bulkhead to the canopy, and a corresponding one to the same area on the fuselage. 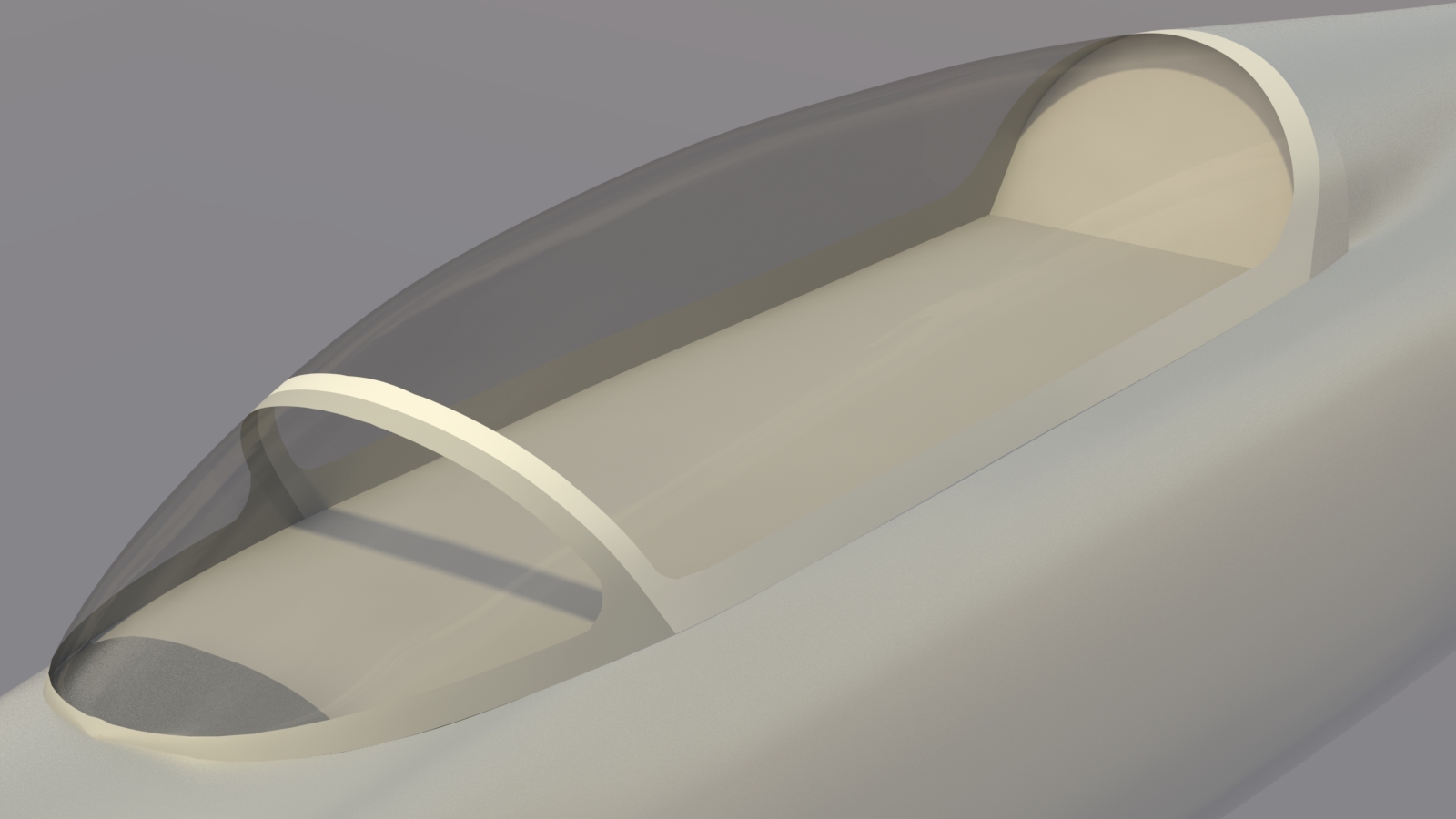 The vertical fin will be removable, with the separation line being along a seam that exists on the actual aircraft. (shown in red for clarity) 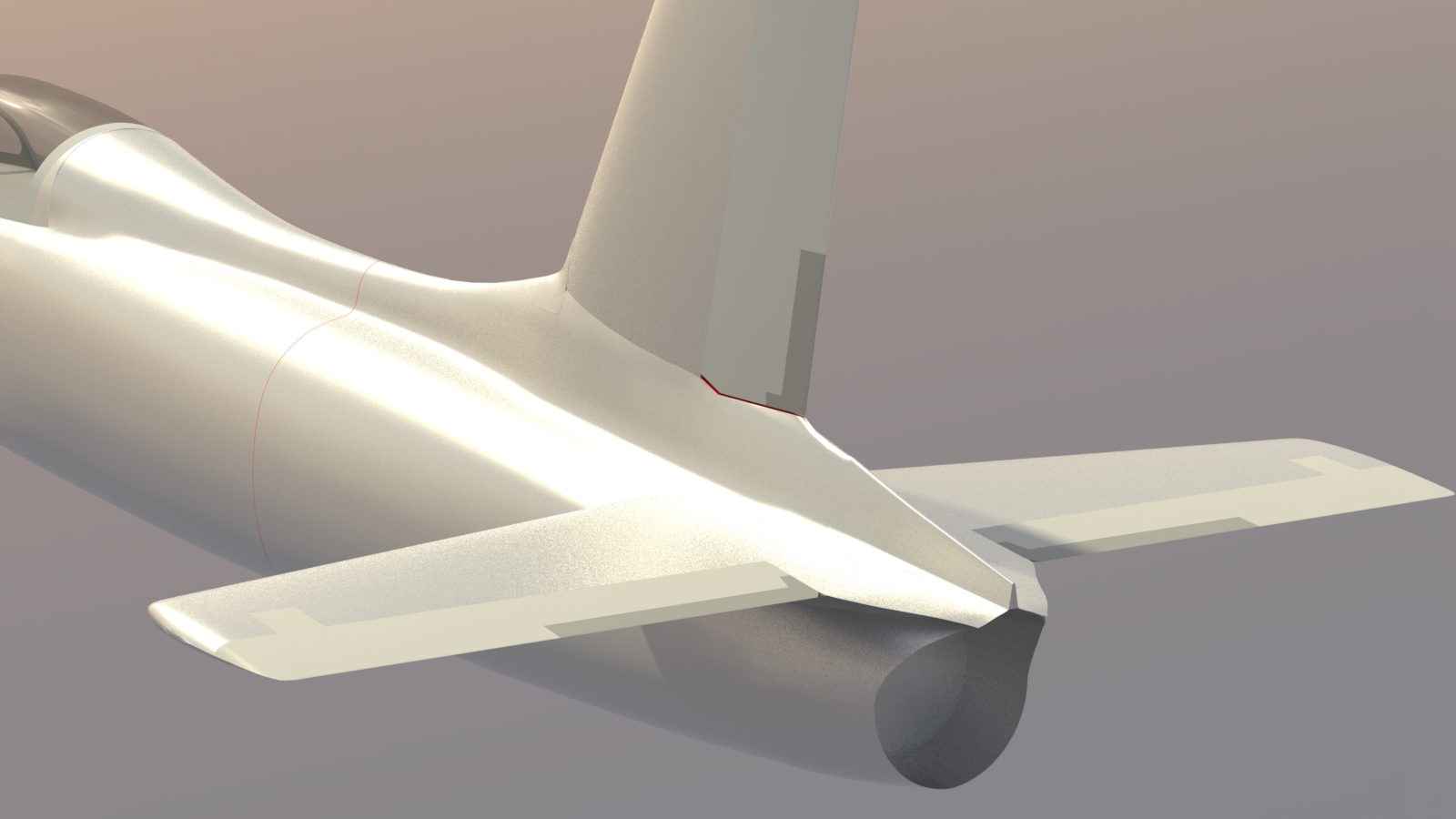 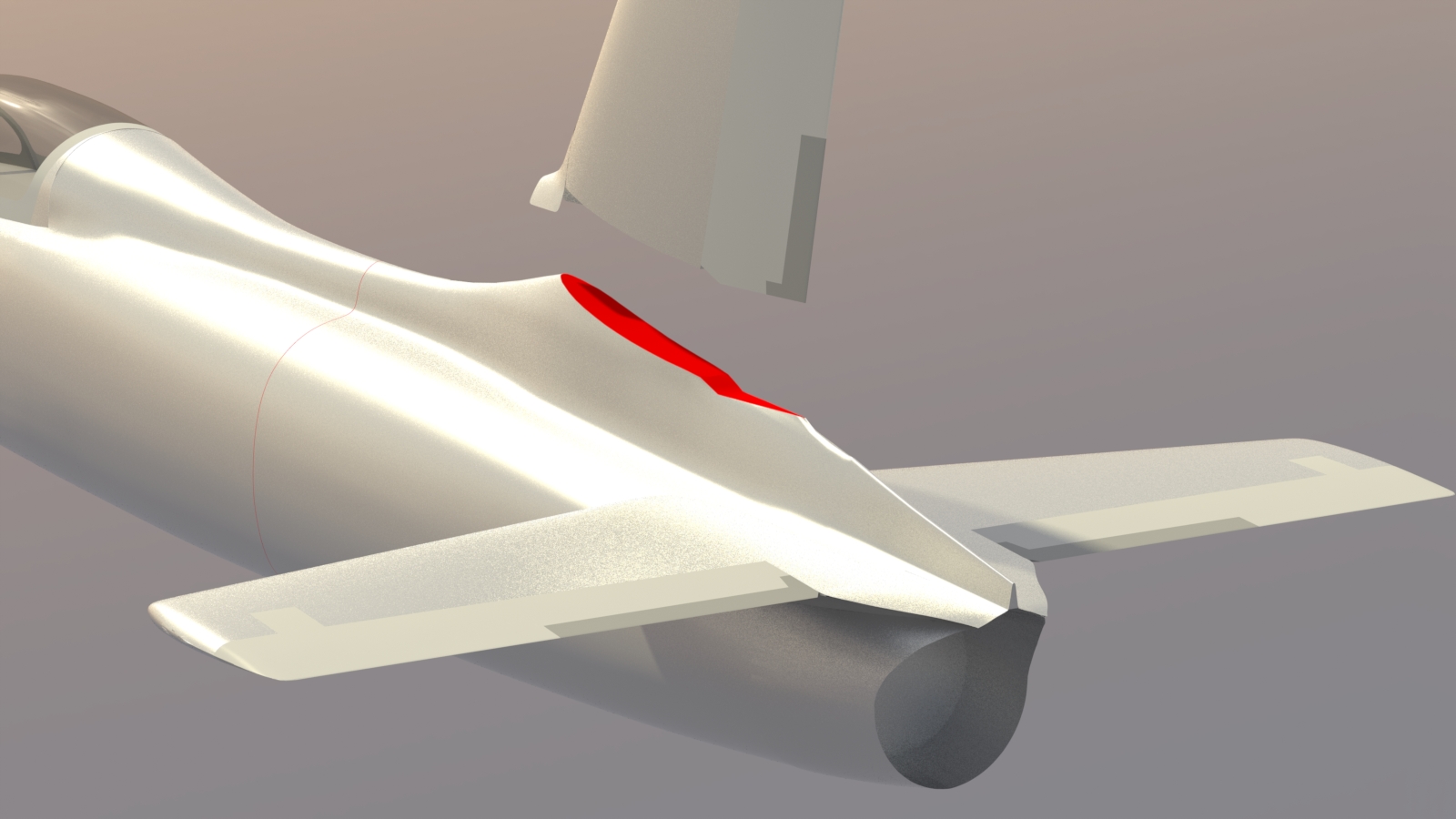 Below, an overall view of the model as it stands today. (The thin red line on the fuselage denotes a seam that will allow the fuselage to be carried in two parts.) 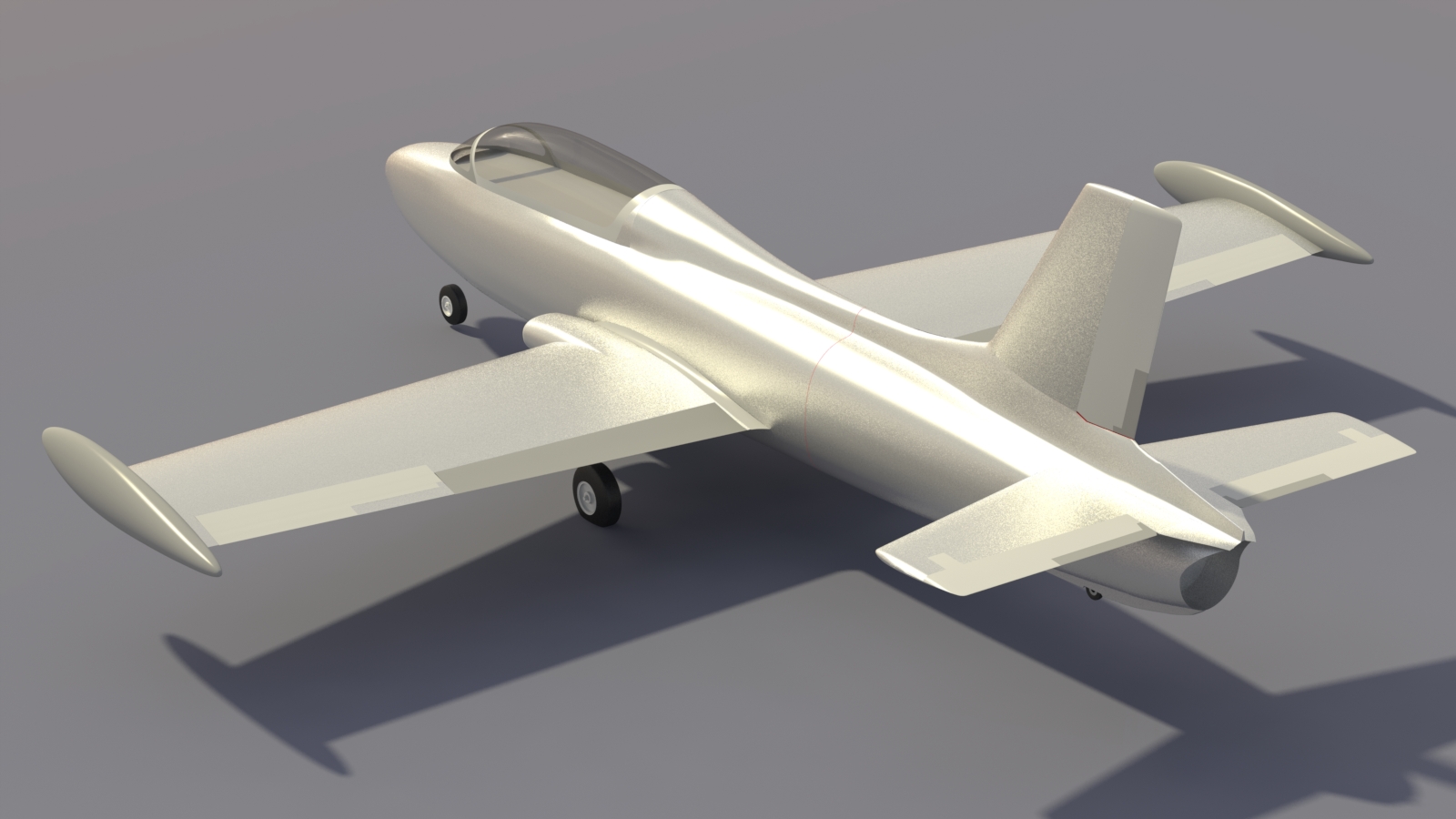 The fairings around the exhaust/horizontal tail surfaces are a little "tricky" and have been refined. I've also been working on the interior of the jet exhaust, to provide a way of molding it later. 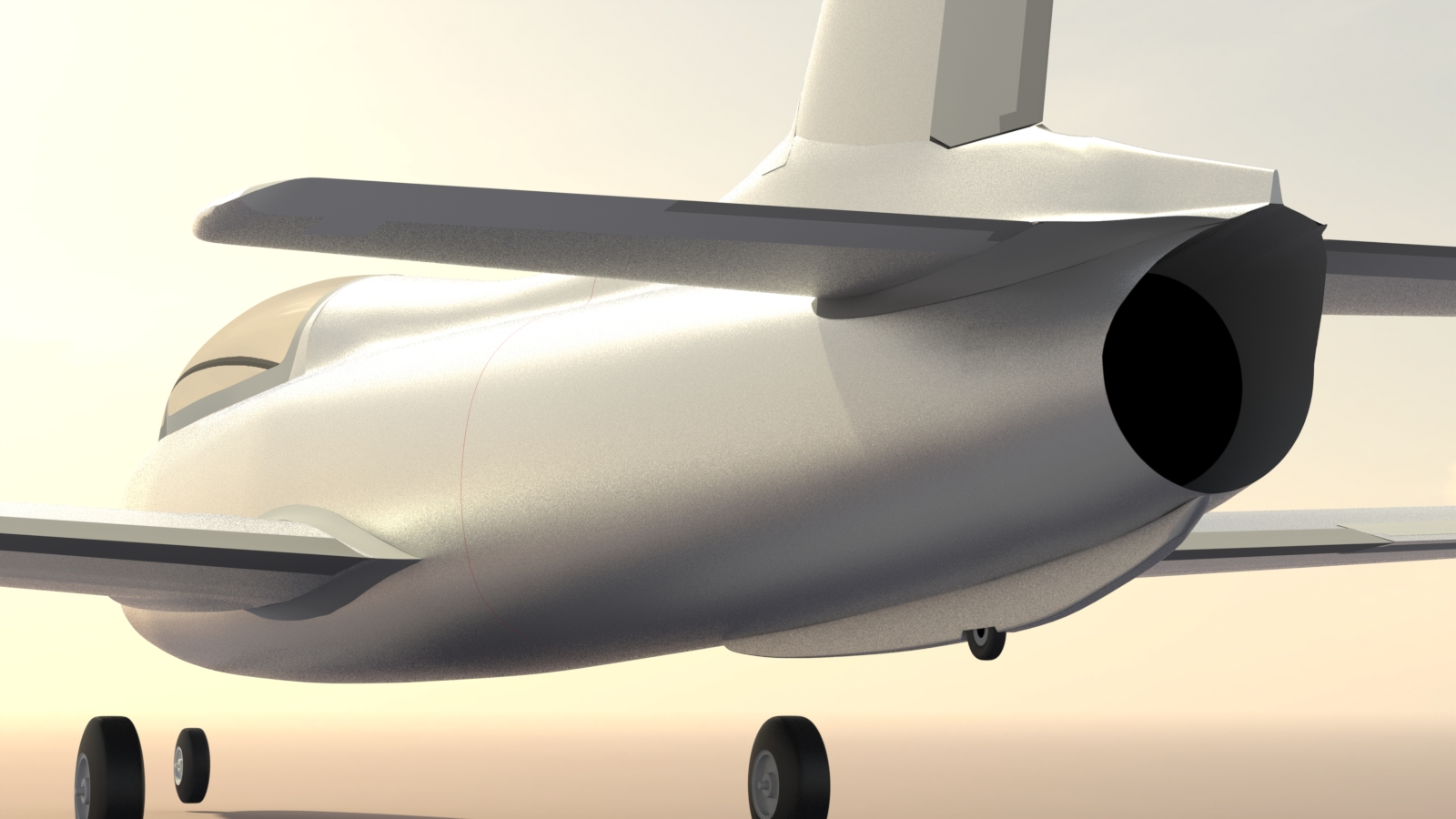