I've made cuts in the fuselage now for the cabin doors, cabin windows, cargo doors, emergency exits, the "airstair" door in the tail, and the landing gear doors. The Boeing 727 has a rather complex arrangement for the outboard (wing-mounted) landing gear door, in that it's part of the inboard flap track faring. More on this later... 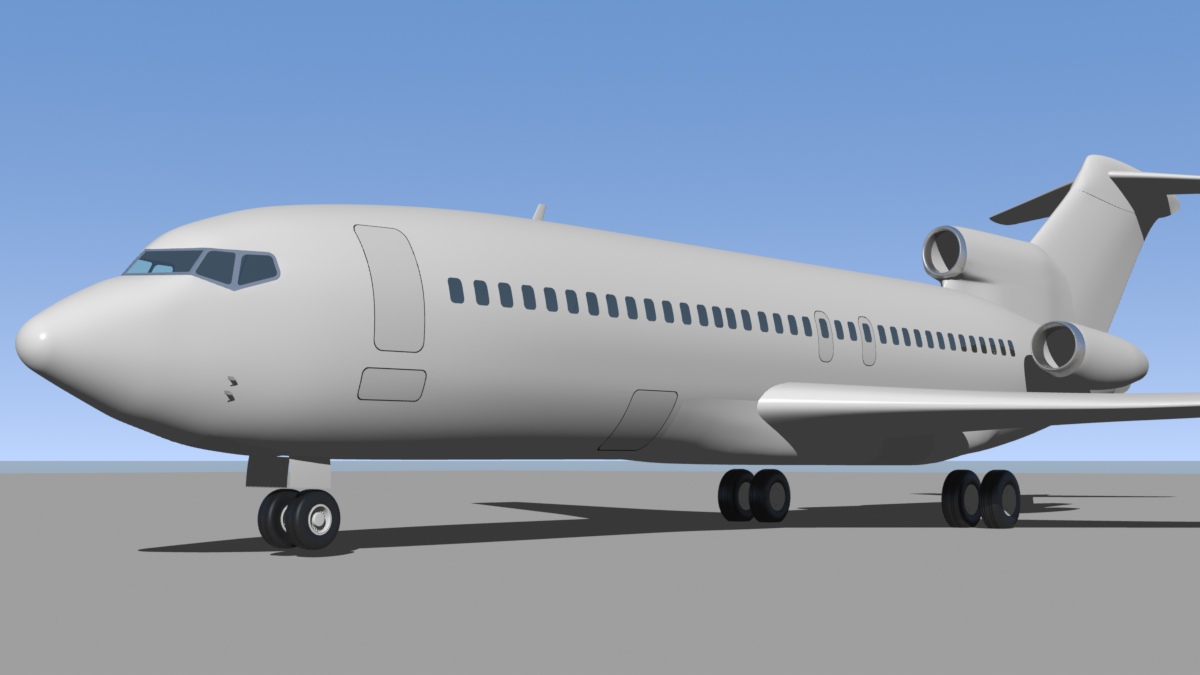 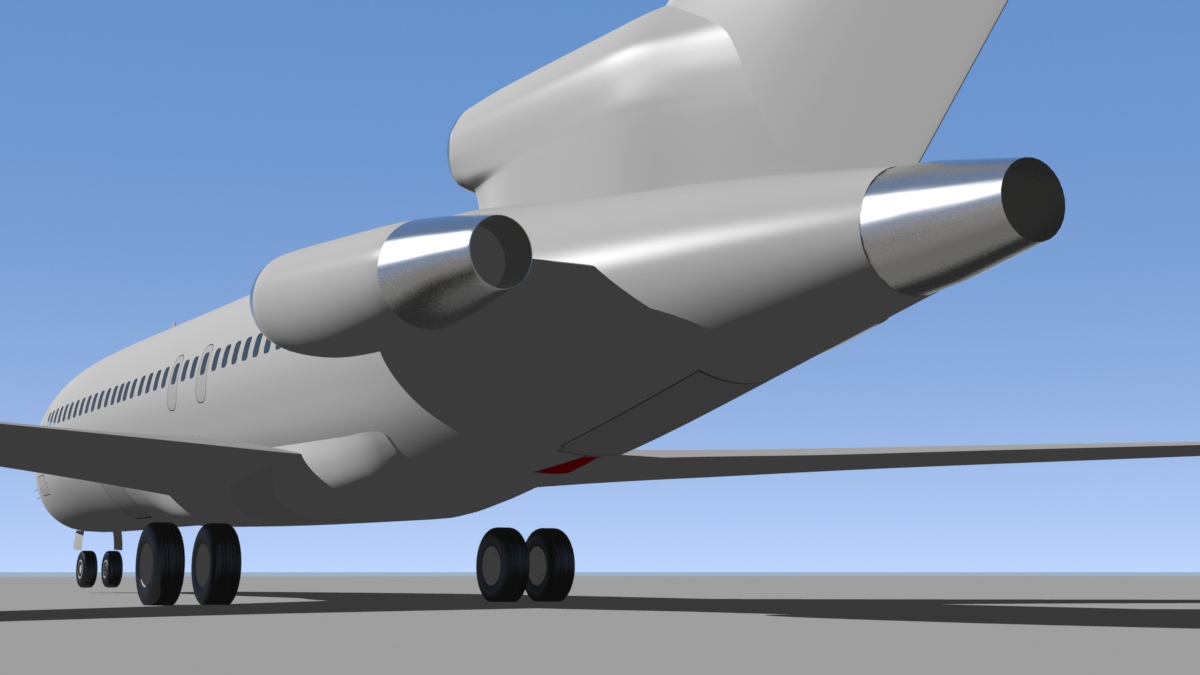 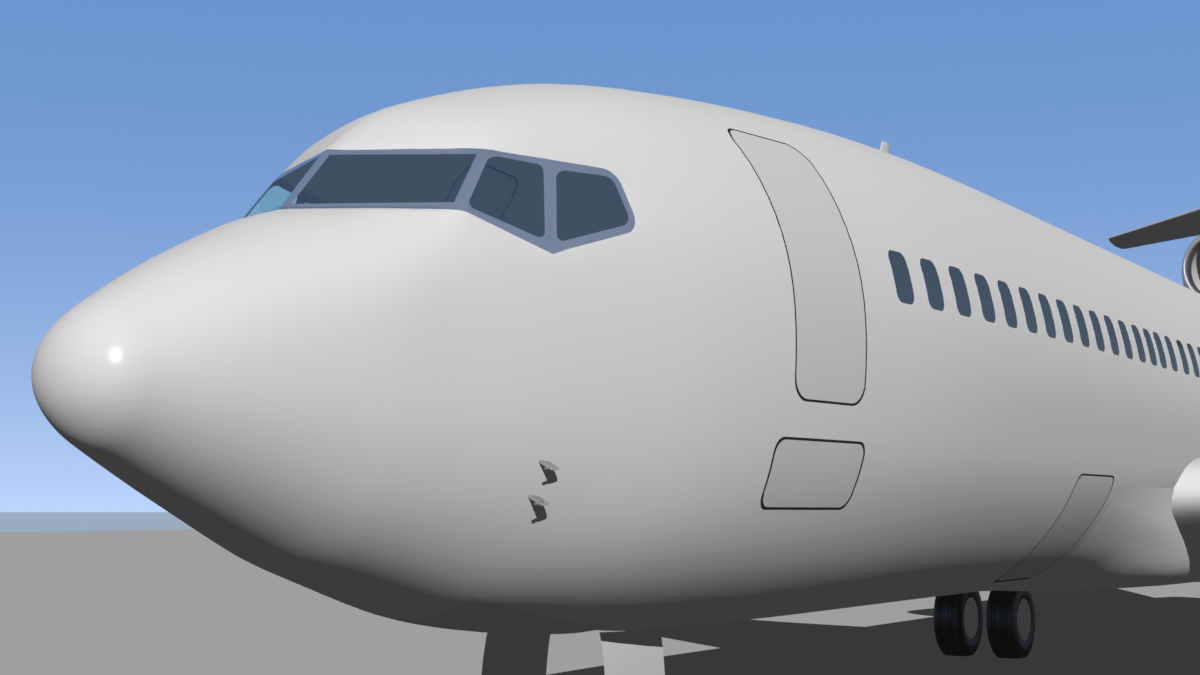 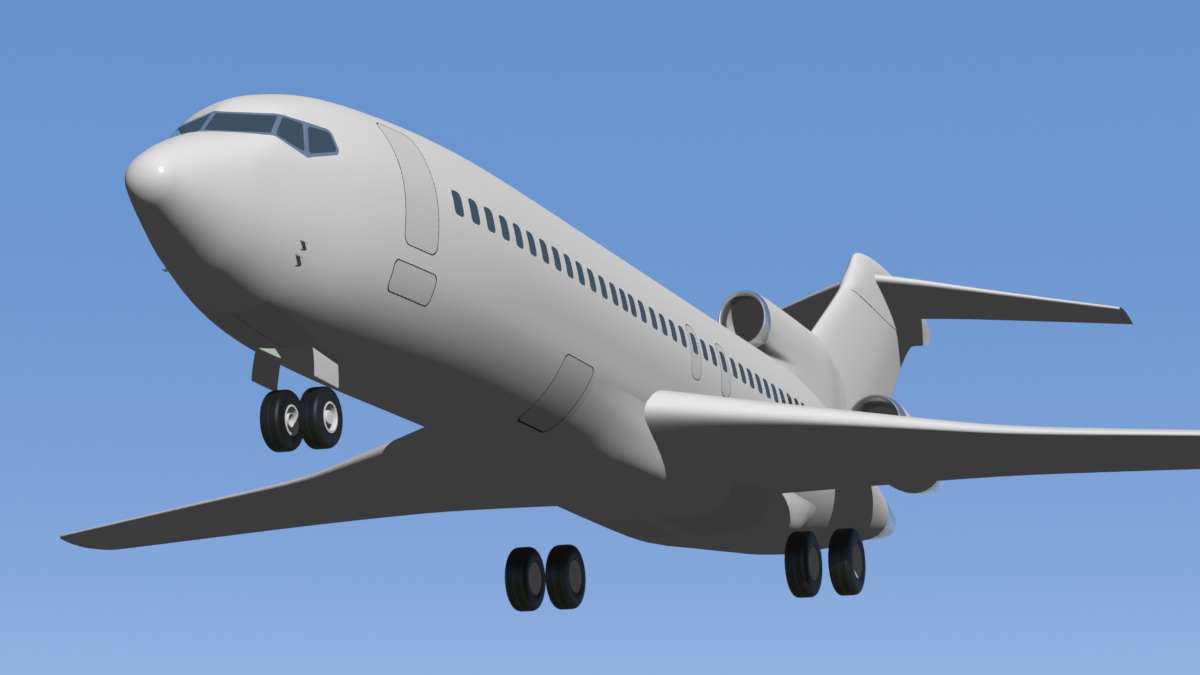 I've added the VHF antenna, pitot tubes, AOA sensor, the ribs on the radome, and the "bumpers" above the cabin doors. 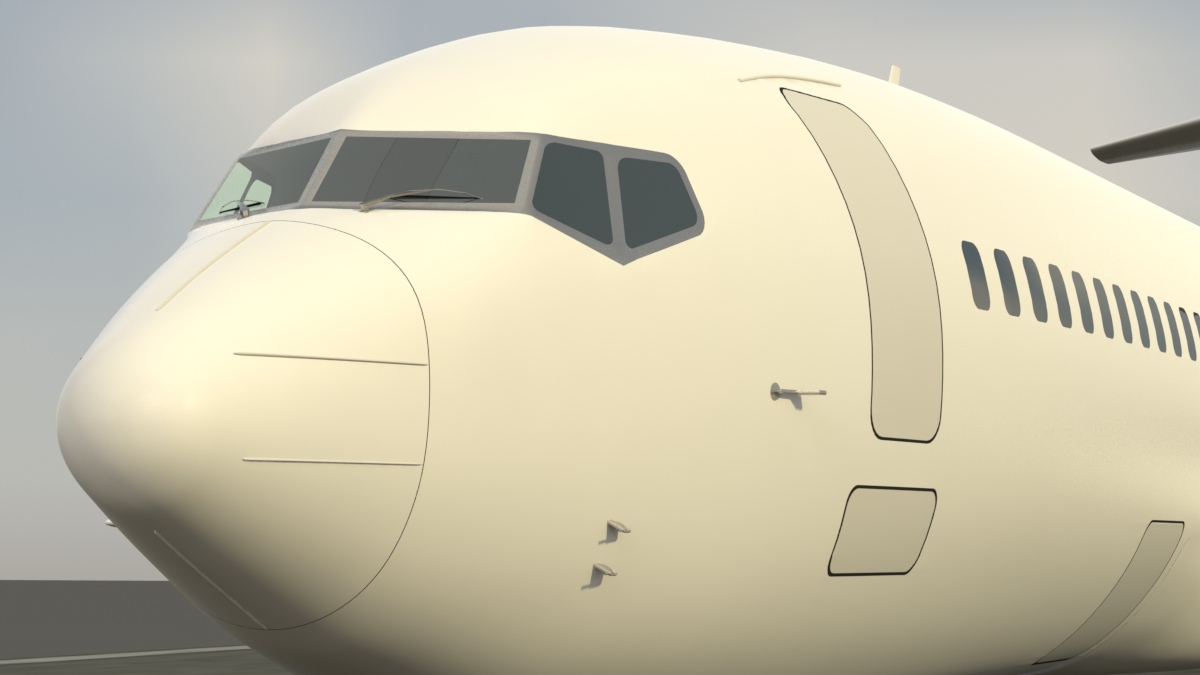 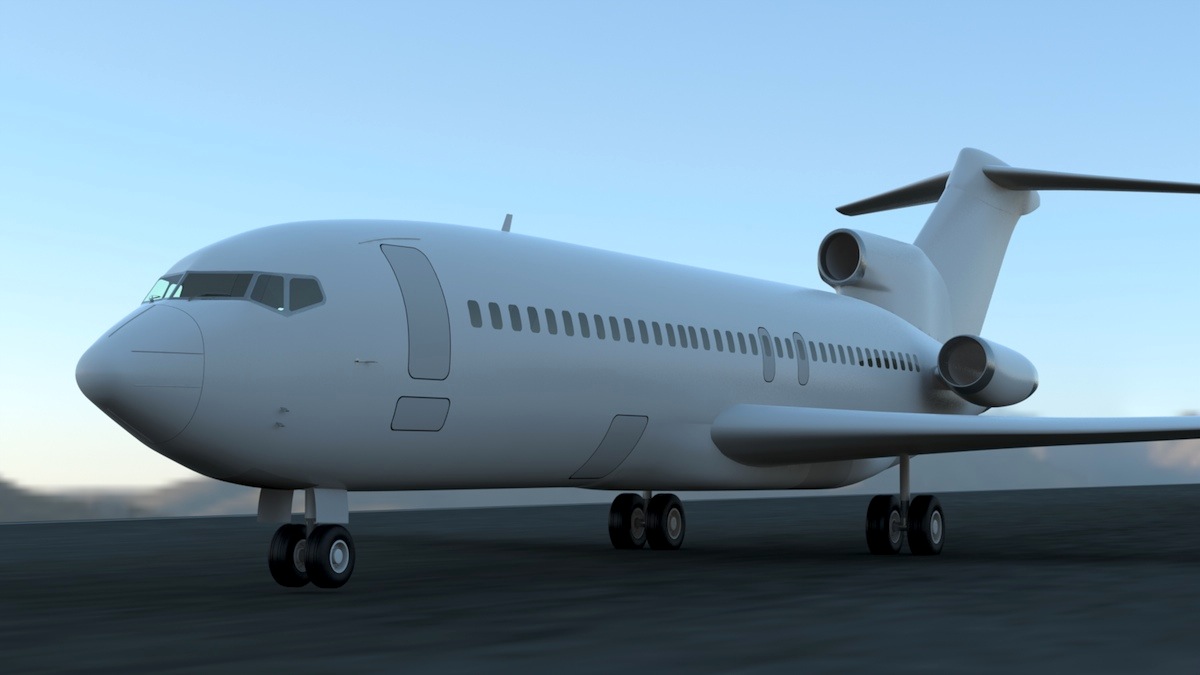 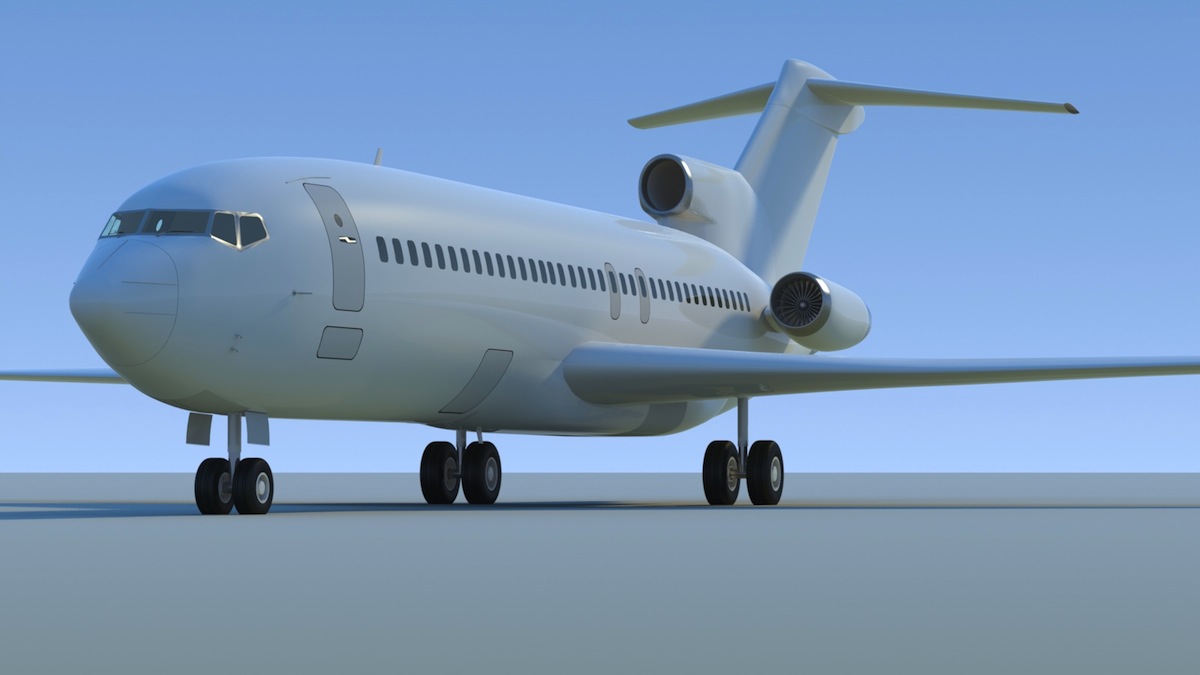 In the next three images below, you can see that I've thickened the nose gear doors, worked on the center engine nacelle shape some more, and also refined the windscreen area, to make it less "bumpy". So, from a point of view such as this one, the model is moderately detailed. 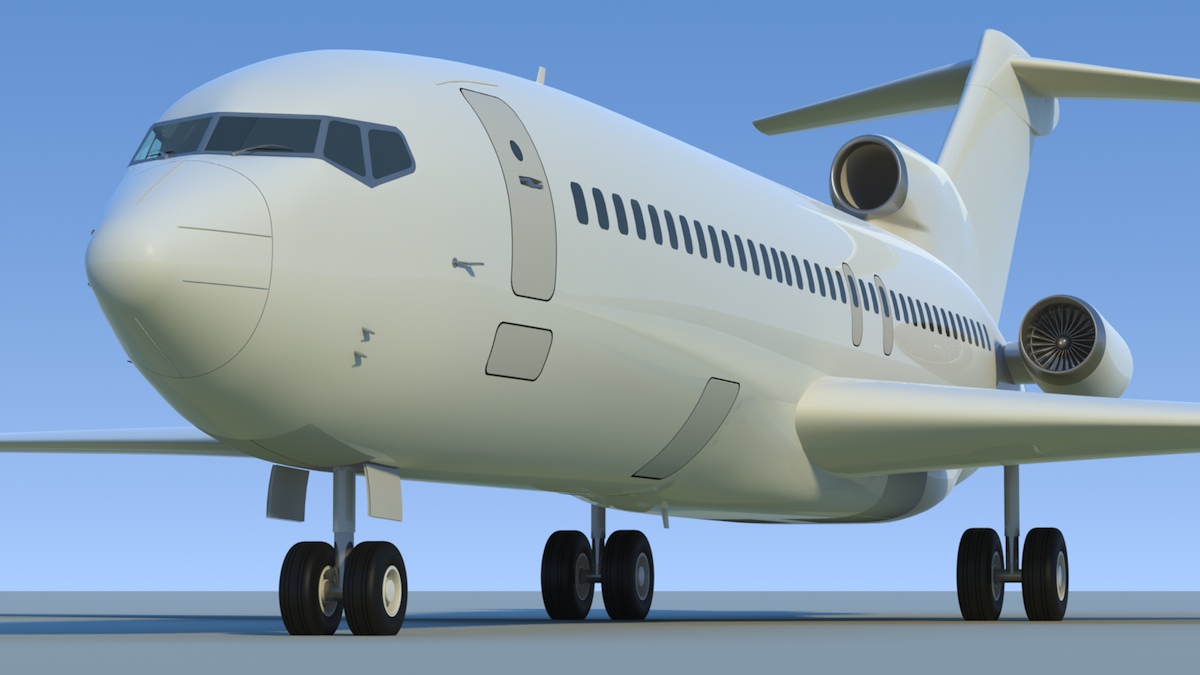 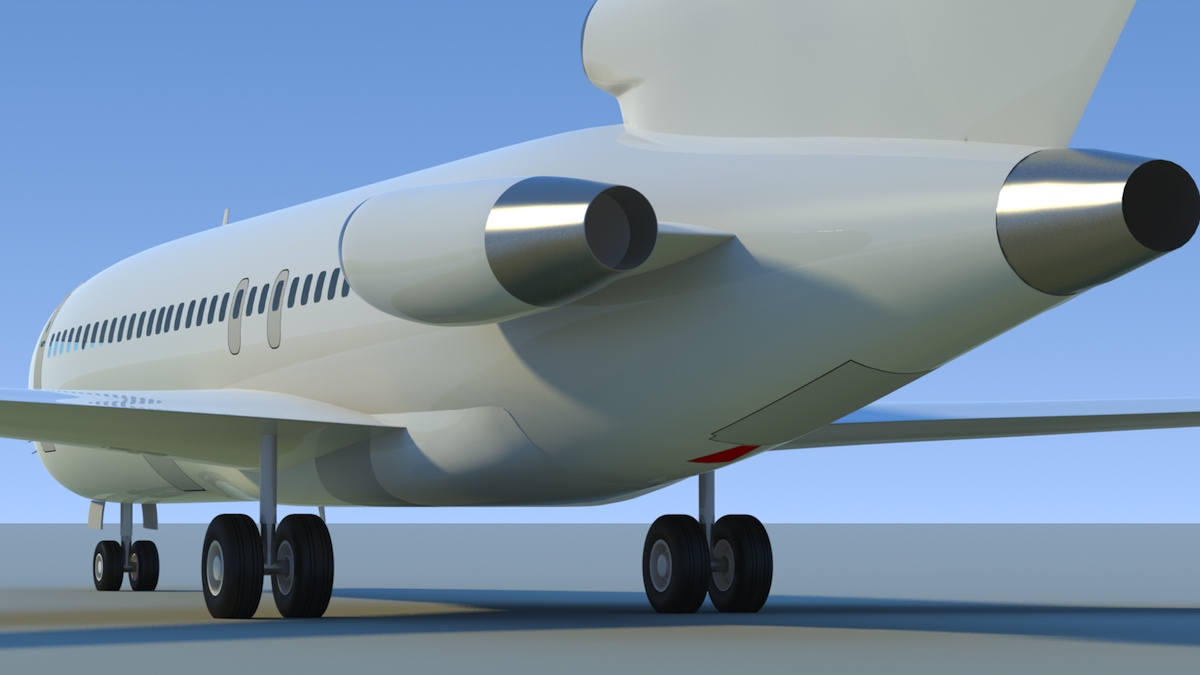 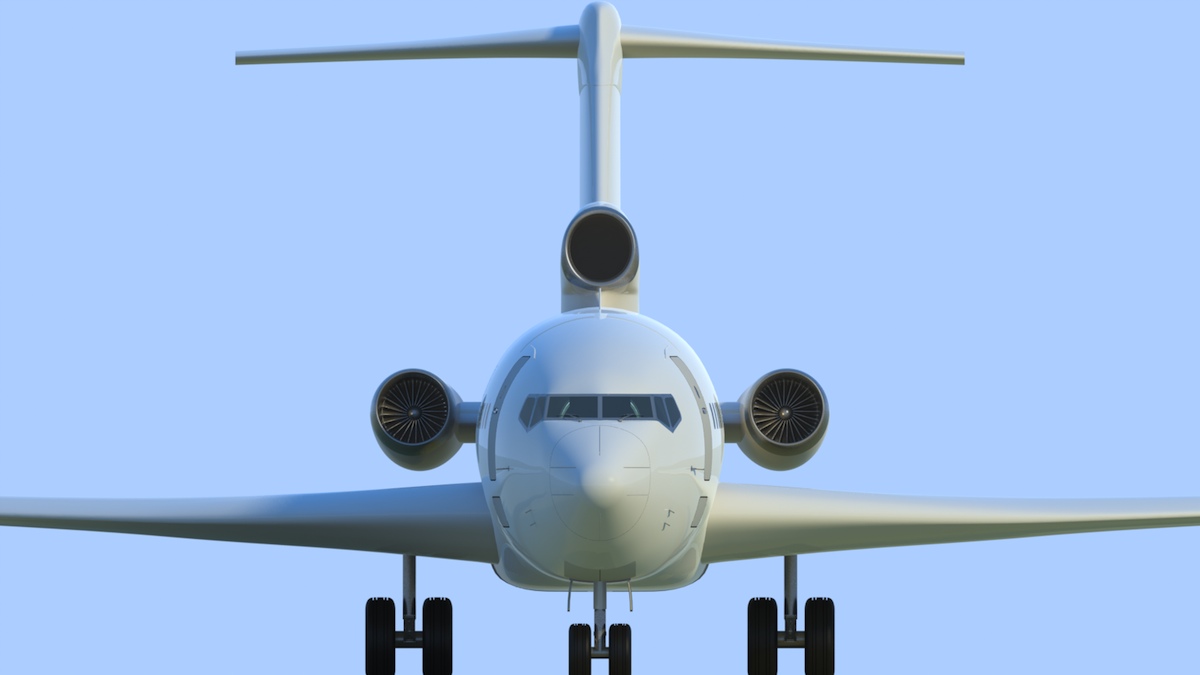 Since complex scale models like this often push my system resources to the limit, by the end of the project, I always work from the most major visible things first, then start adding the details, prioritizing them so that if I do run out of resources, the model looks as good as it can. Then, as computers and software improve, you can always come back to these later, to continue on.

So… The next phase will be to start cutting out the control surfaces from the wings and tail parts. All large Boeing jets have a lot of moving parts. In this case, the wings have ailerons, triple-slotted flaps, two kinds of leading edge flaps, and spoilers. On the bottom of the wing, there are moving (outer) landing gear doors. There's a lot to do, and that's what's next.