I made all the starter parts pretty quickly, and here's what the sub-d'd fuselage looks like right now. It's close, but the window area around the cockpit doesn't look right. So, I decided to slice that area out of the fuselage, and make a patched "spline cage" for the the area. Thank you Andy Brown, for the MODO tutorial! 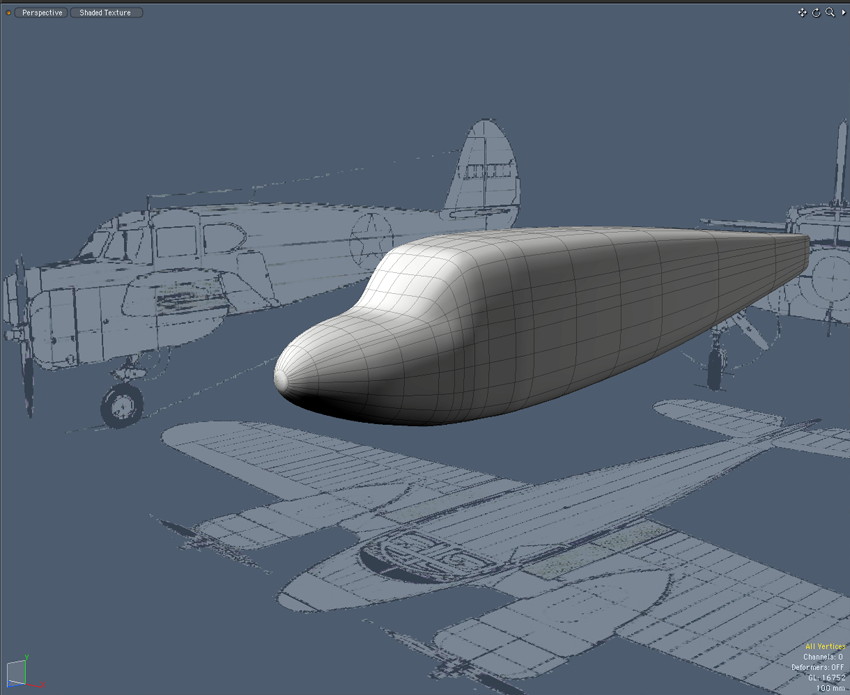 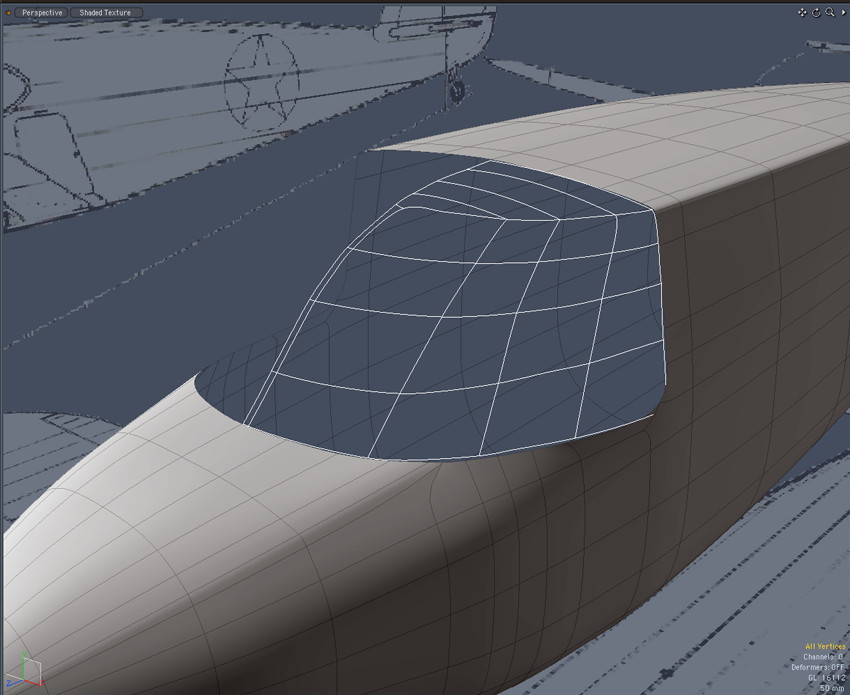 Here, I've sliced away a portion of the fuselage, and am test-fitting the spline cage into position 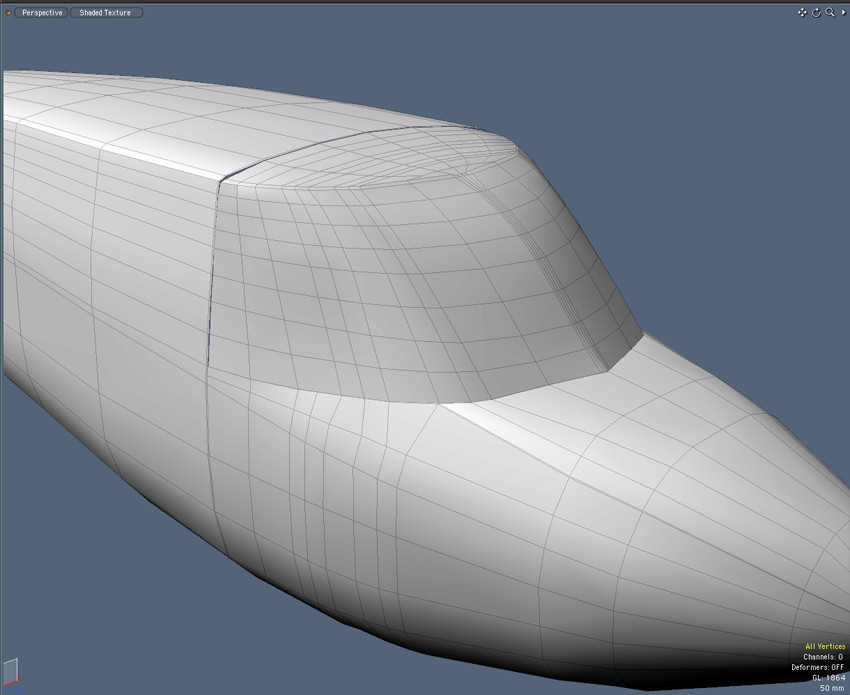 Here are the patched polygons from the spline cage, sitting where they belong. In this image, you can see more polygons, because I've made loop slices in the fuselage, so I have polygons that connect smoothly later. 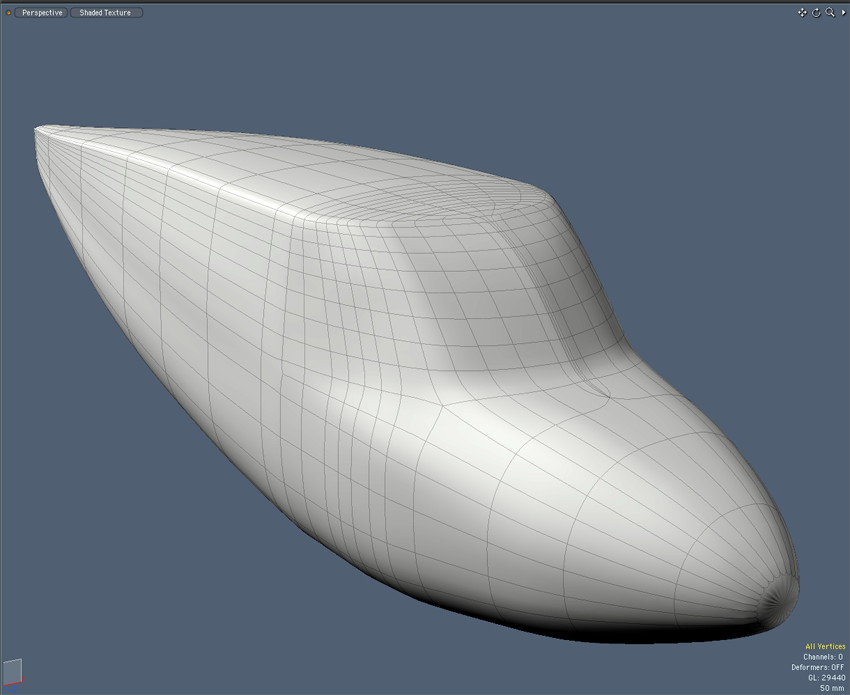 Here's the end result, after joining all the patched polygons with the fuselage. Now I can work on the entire shape as one unit again, I'll be using some special tools in MODO to make precise windows and doors, soon.

The new window section works, because you can actually see the outline of where the main windows and center divider goes, although it's just "implied".

These top two renders also show that I've separated the rudder from the vertical fin, so it can be animated later, and I've also separated the front part of the engine cowlings from the rear part. Now they're not just tapered "tubes"... They actually have a scale look. There's a rather glaring mistake on the rudder, which I'll fix right away. I simply cut out the wrong shape. Oops. (See the next page.) 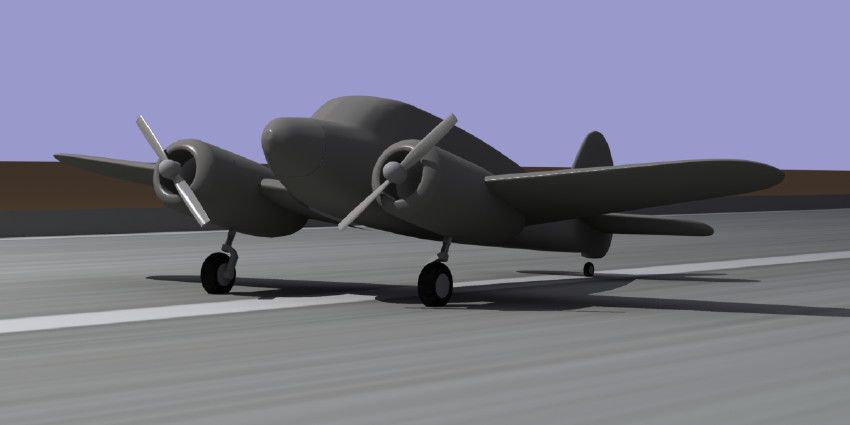 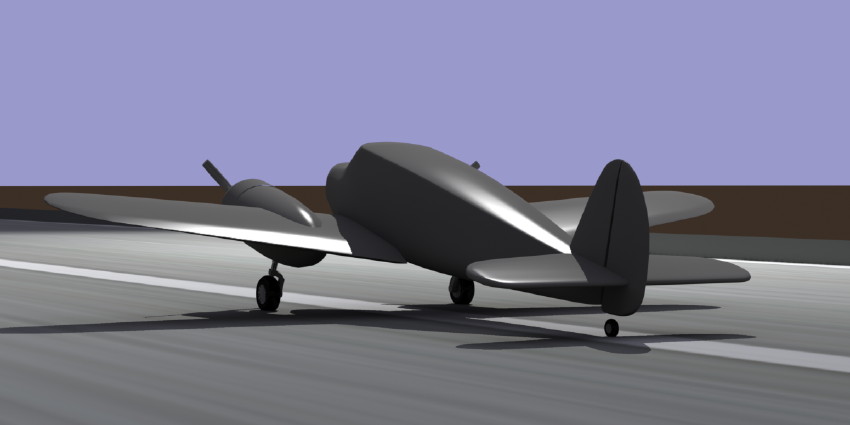 A couple of wireframes, also showing the "before and after" work on the rudder. (I'll be cutting out the other control surfaces, too.) 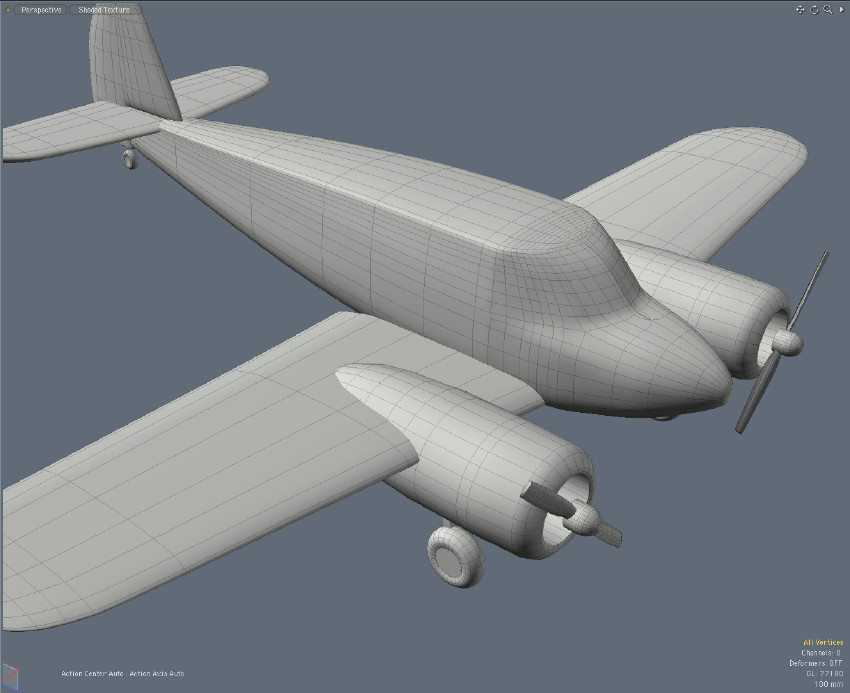 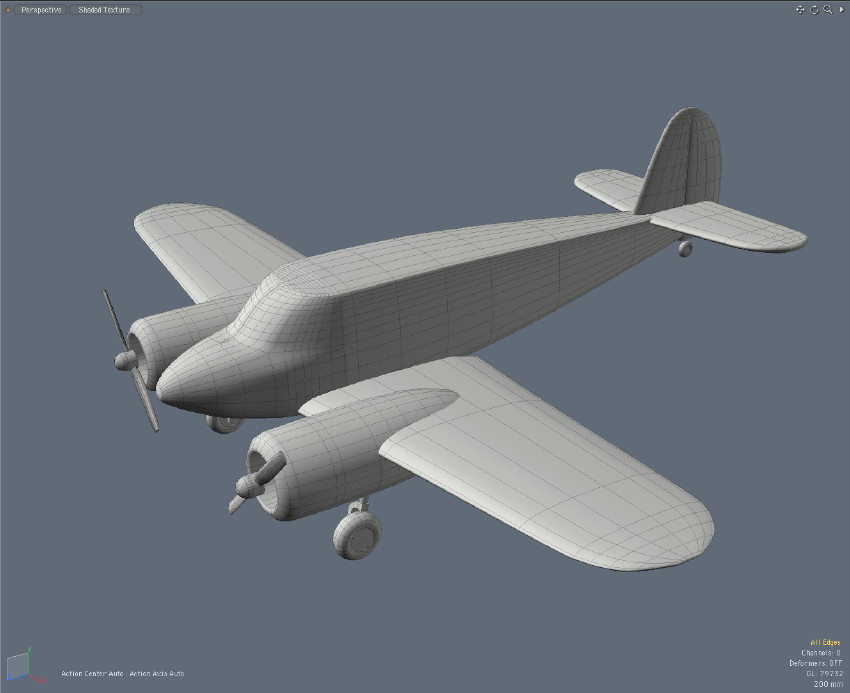 Cutting out the windows, and separating the control surfaces.

I've now cut out the rudder, elevator, ailerons, and flaps, as well as the window openings. The next three renderings are actually 1200 px wide, if you download them. 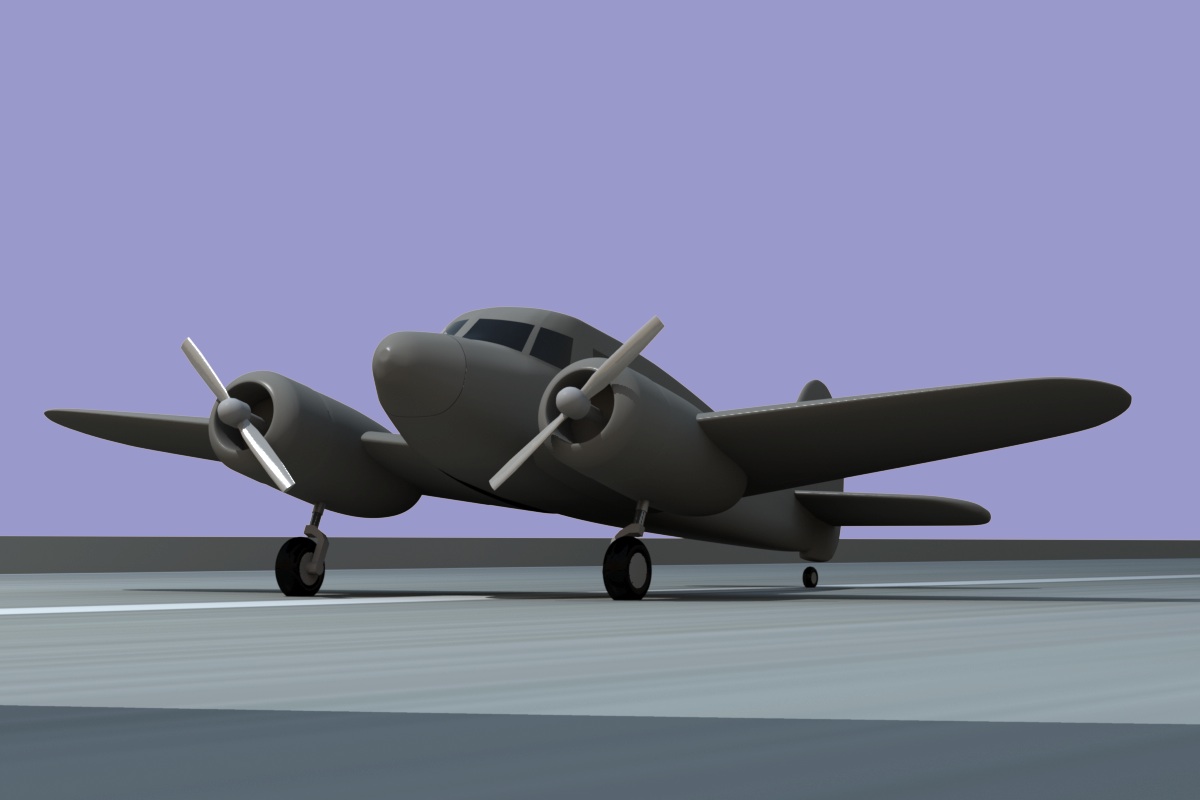 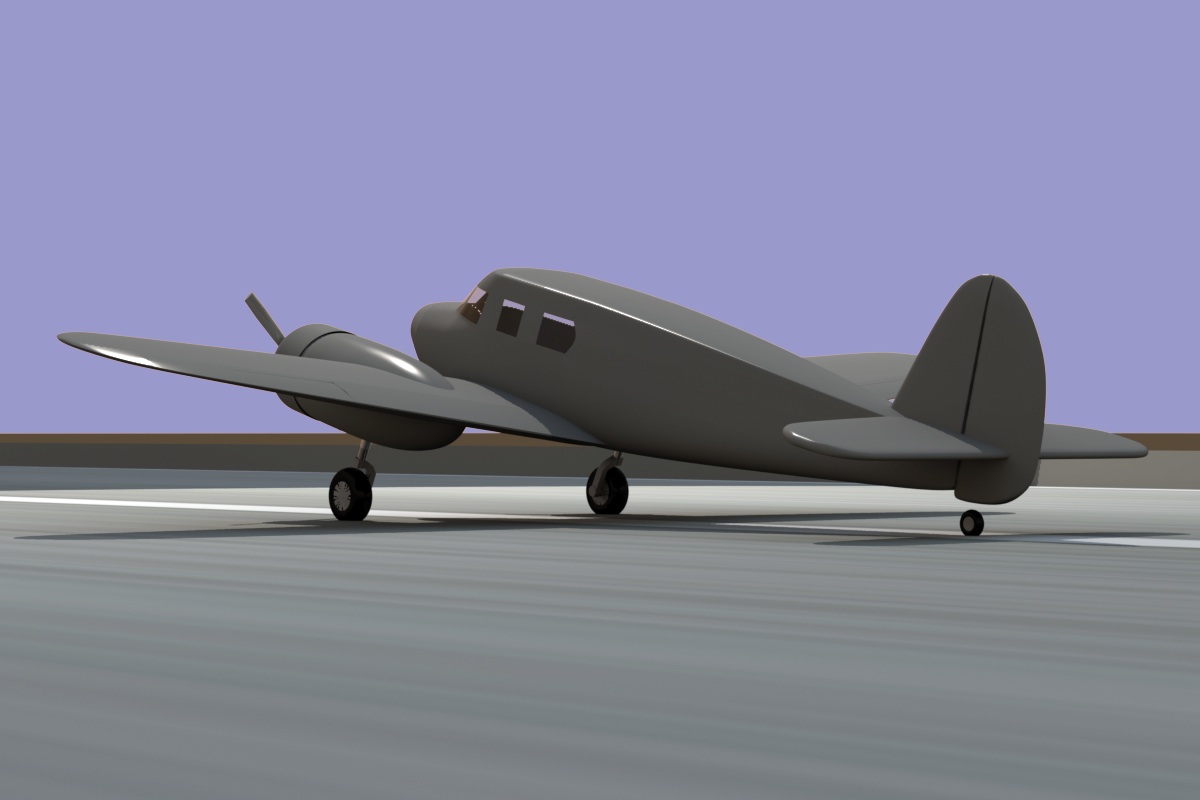 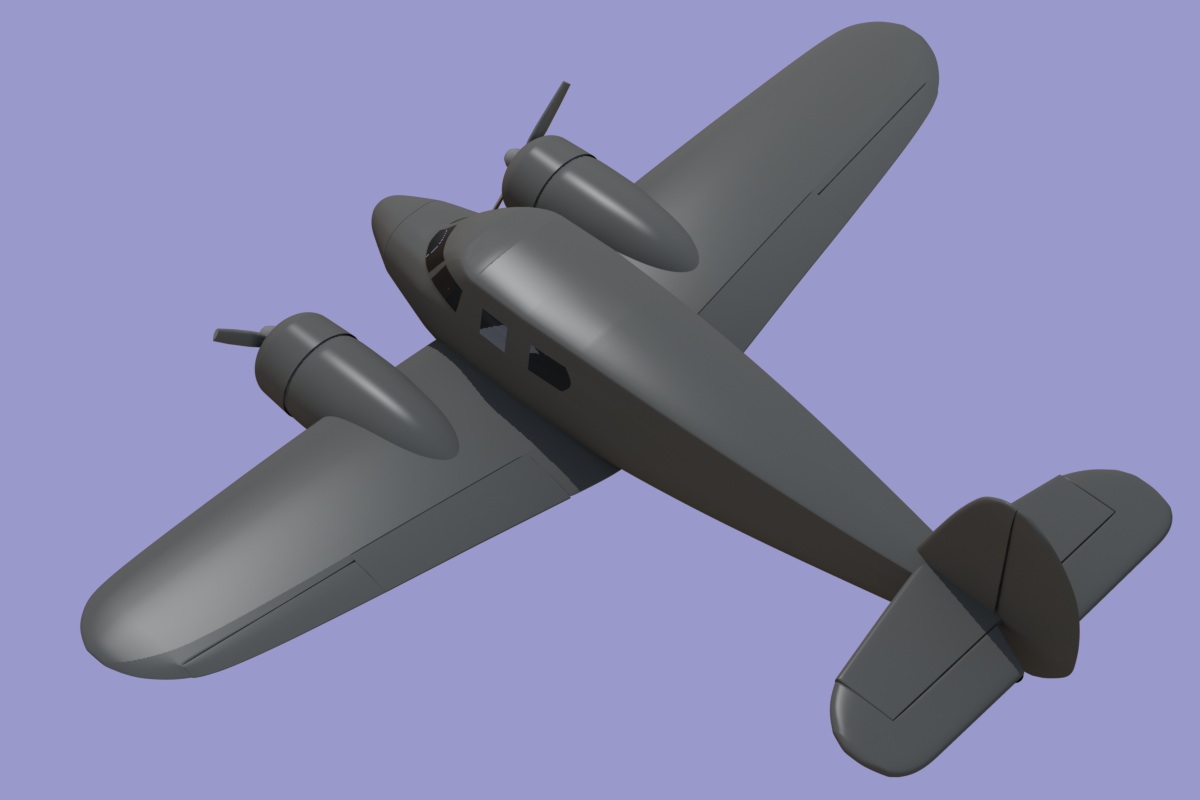