In working on the main landing gear, I found many discrepancies between the few photos I have. That's because this aircraft is brand new, and many of the photos were taken (at the Boeing "rollout", for example) before all the parts were installed. So, before I finish that, I've written to Messier-Dowty, (the landing gear manufacturer) and am searching for more recent photos. I'm also seizing this opportunity to start on the nose gear parts.

This is the front of the nose gear. 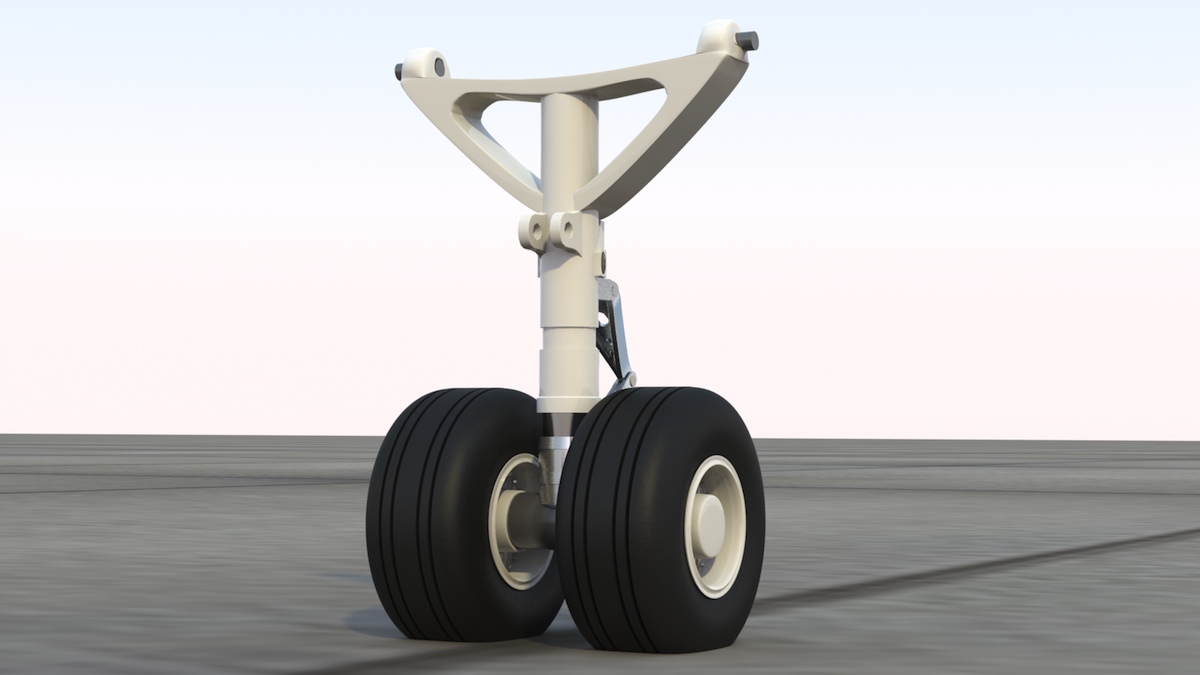 Below: There are two lights on the rear of the nose gear, in addition to the taxi lights on the front. (which I haven't done yet) Between them, there's a ground-access panel. 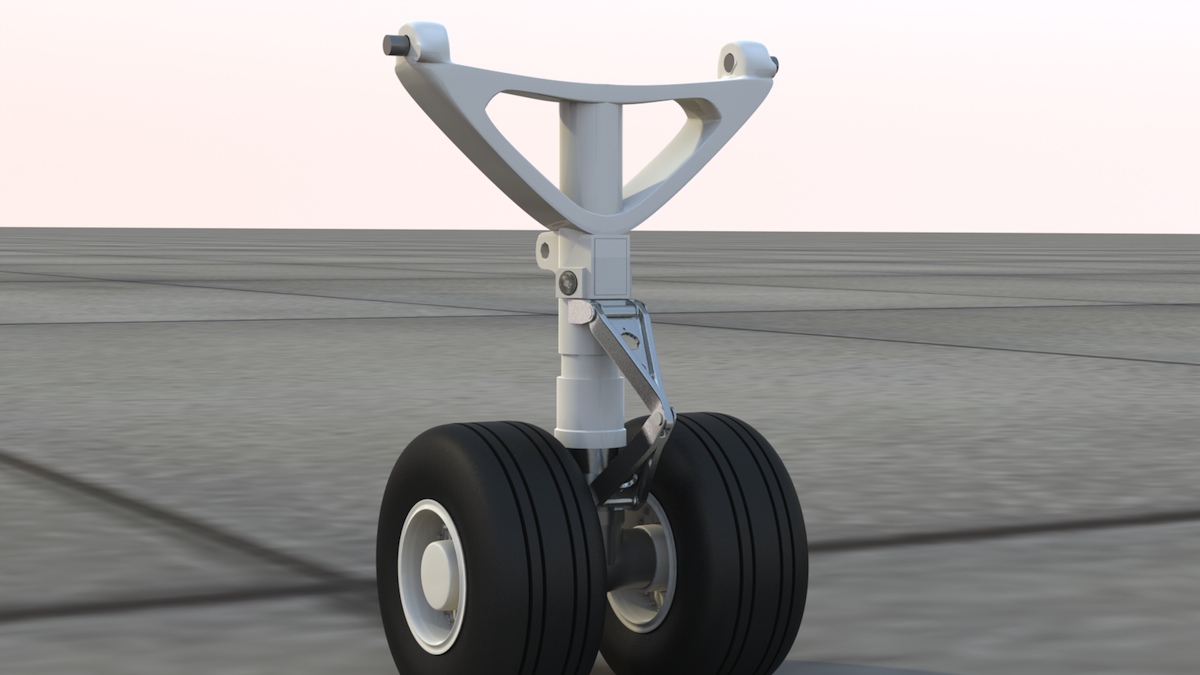 Here's a closeup of the rear lights and access panel. 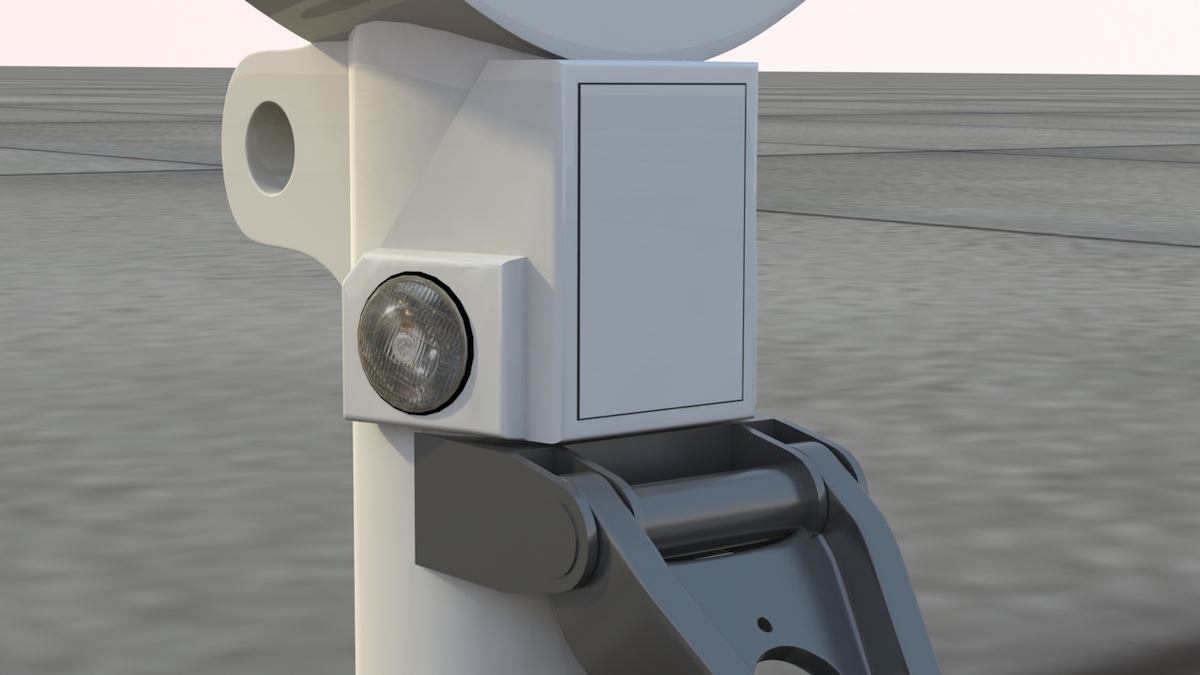 Here are the four taxi lights on the front of the nose gear. 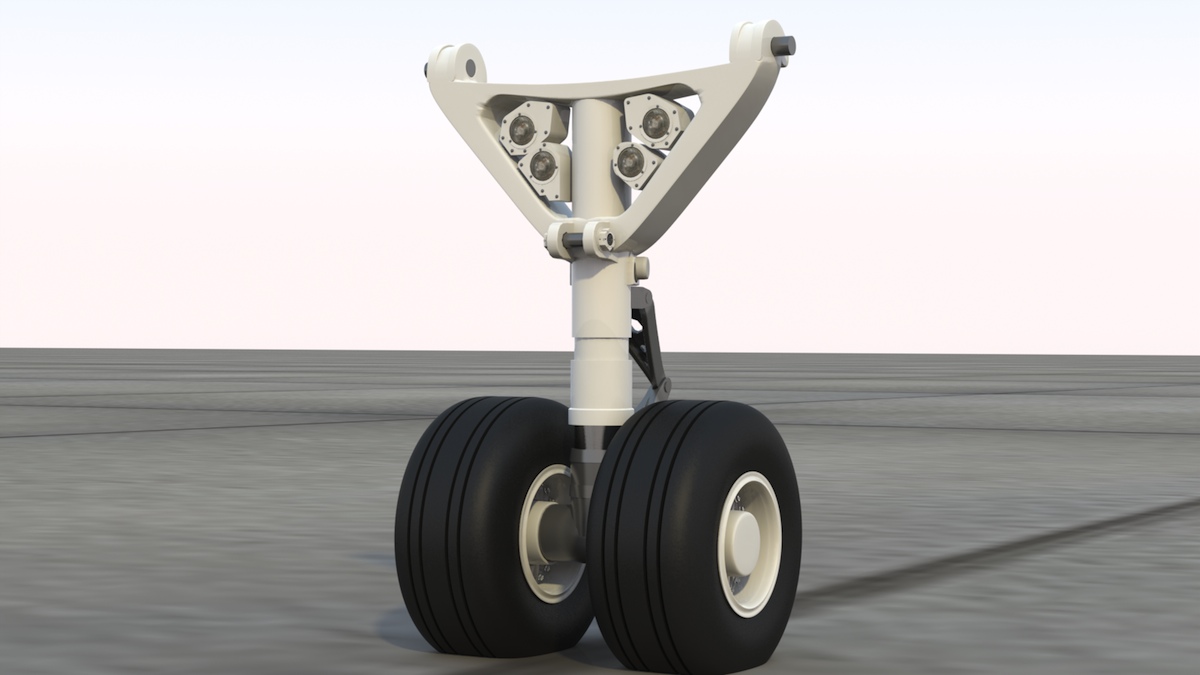 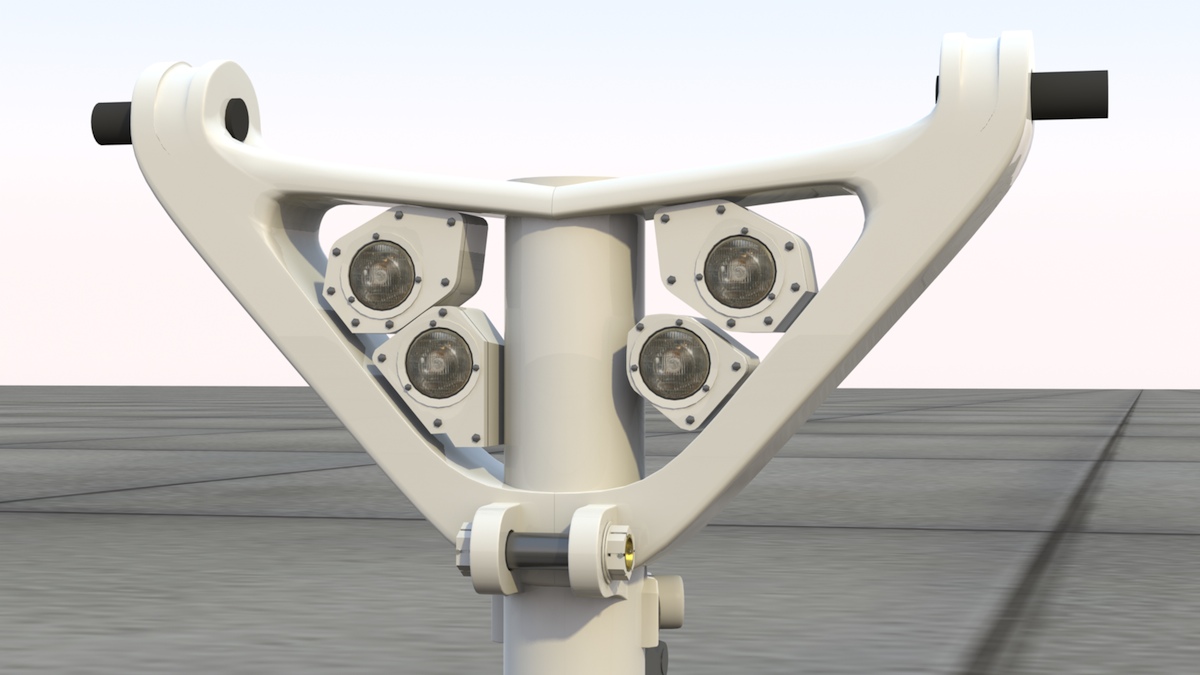 Steering and other linkage:

The image below shows some of the major retraction pieces added, and the next image is a closeup of my start on the steering actuators. 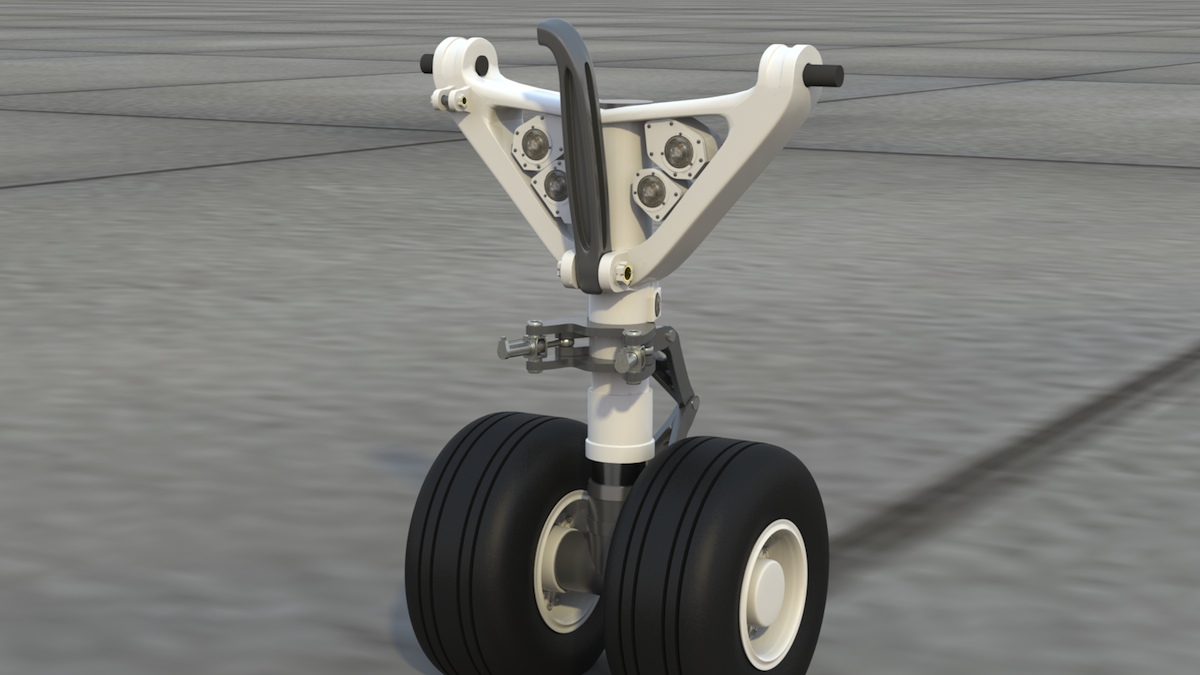 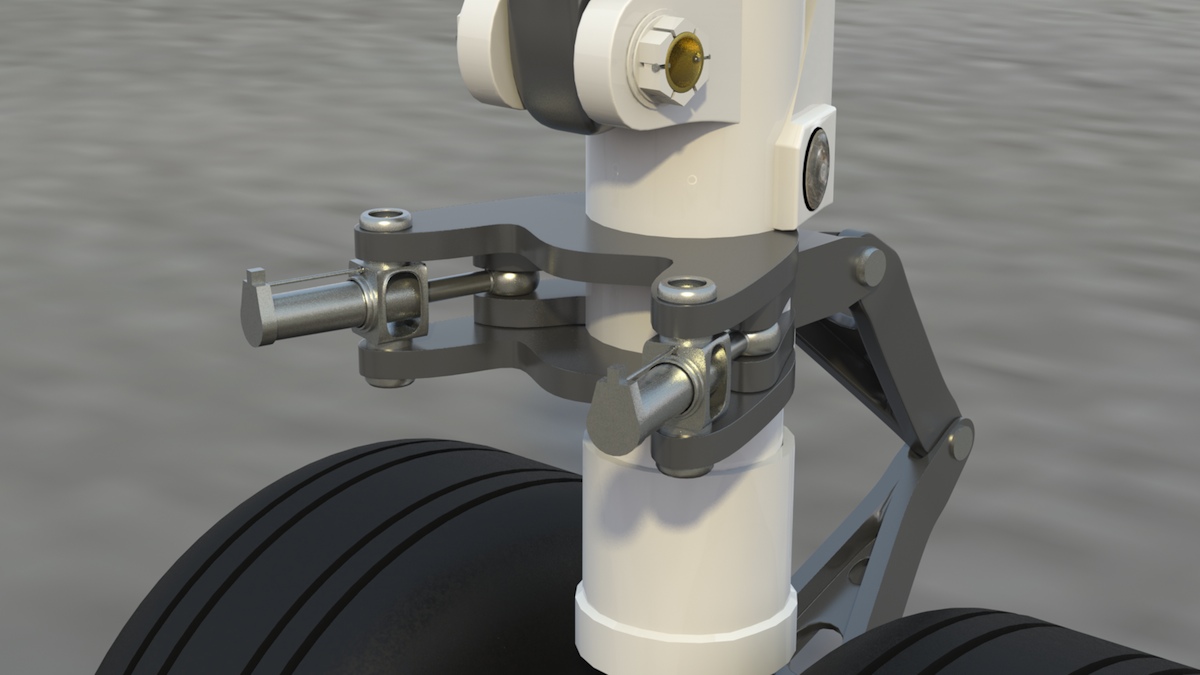 Some "final" details on the landing gear.

I don't have a large number of reference photos for the landing gear, so I've added what I know exists, and will come back to these, as my documentation improves. Here, looking at the rear of the nose gear, I've added latches to the access panel, and the main brake line and it's connectors. 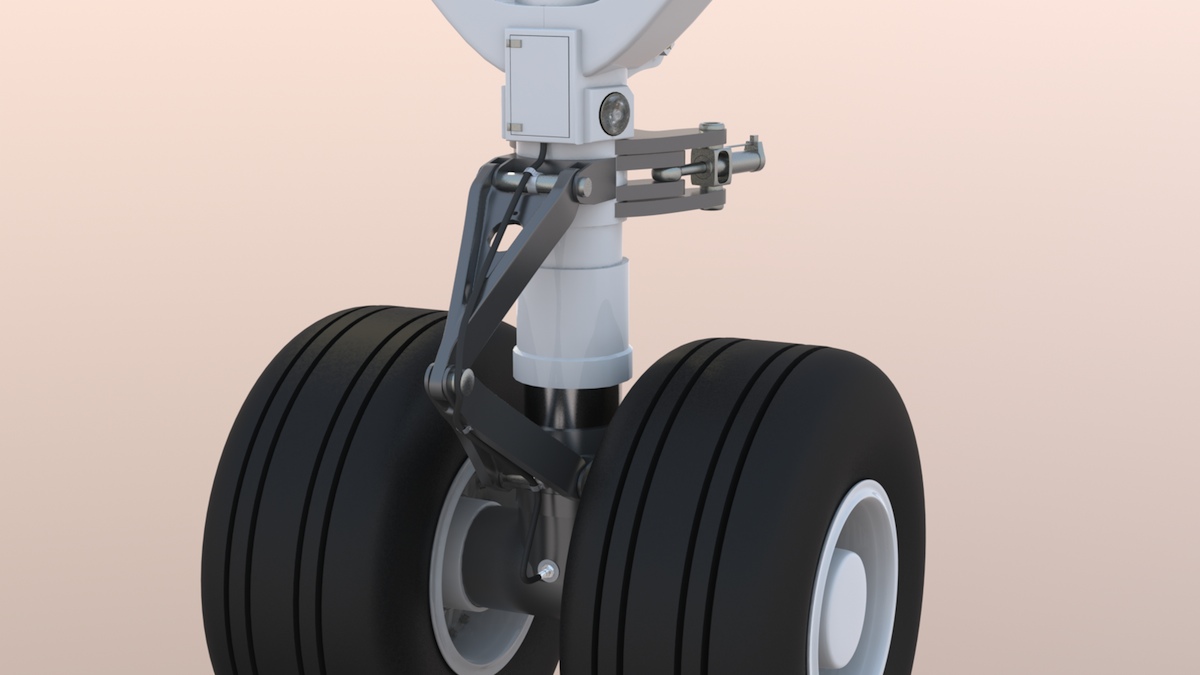 Below, looking at the front of the nose gear, I've added the parts of the retraction linkage that I have photos of. 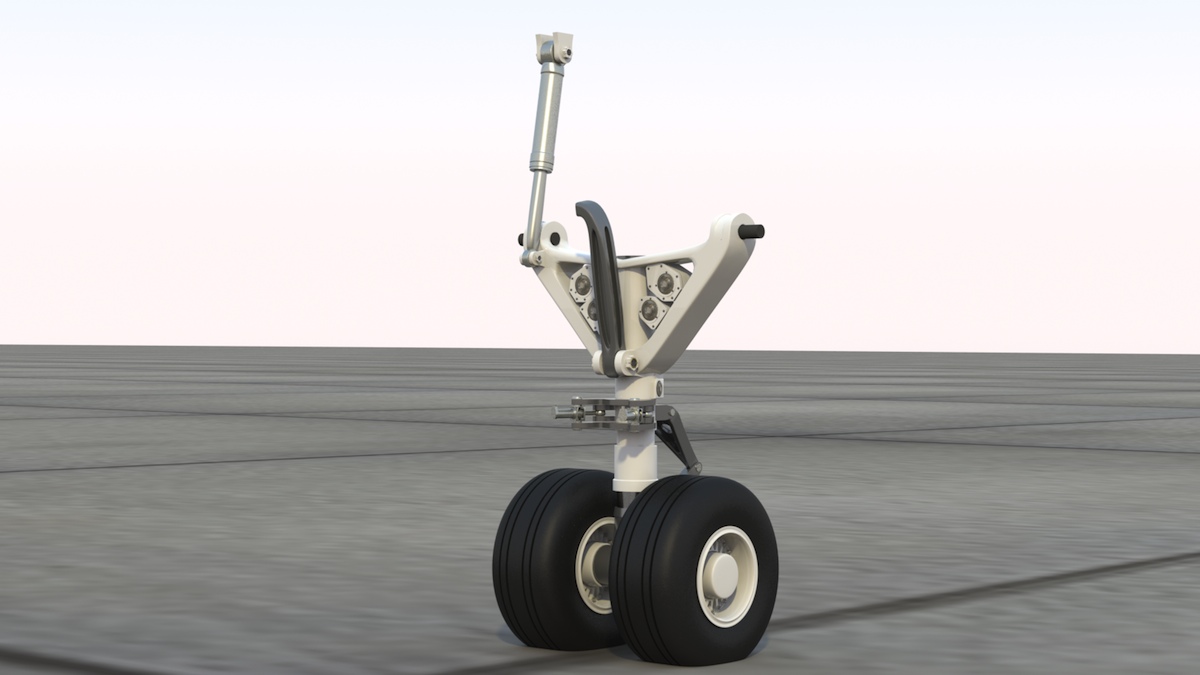 Here's the whole plane, with the recently-added details. Not visible here, but I've prepped the boolean cutters for all of the gear doors, and will be adding those soon. 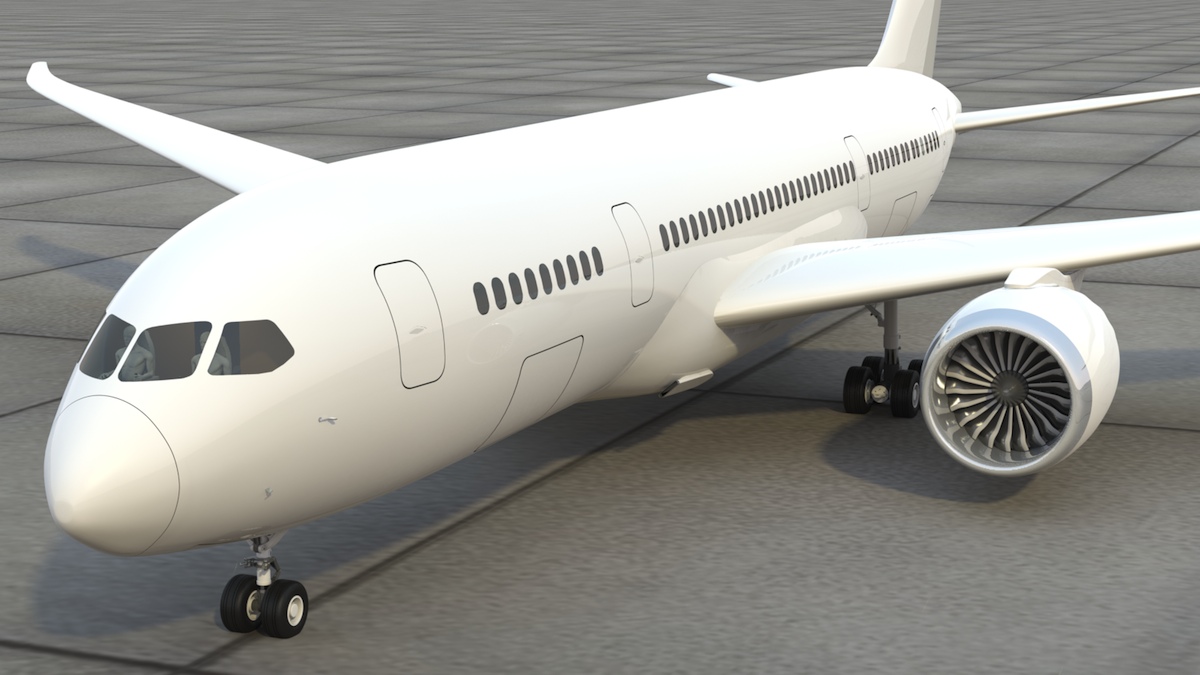 Finally, here's a set of inlets and vents that occur just under the front of the wings. 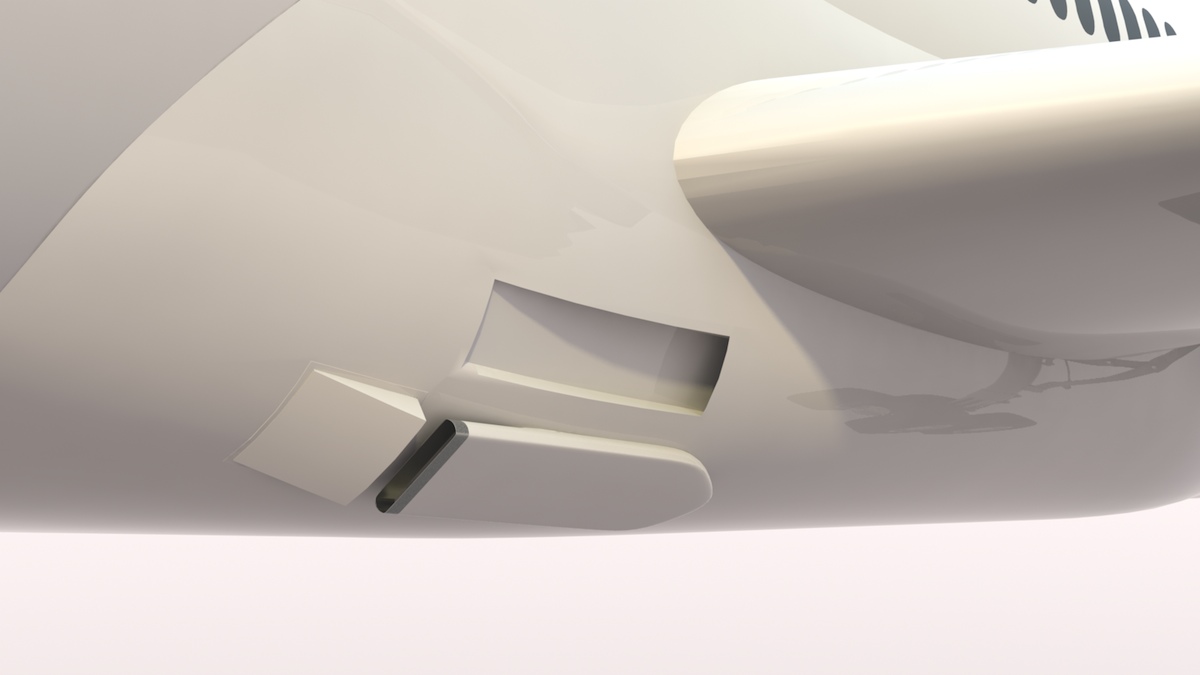 I've done about as much as I can with the nose gear, until I get some better documentation, and I've added the open nose gear doors. Next, the same treatment for the main gear. 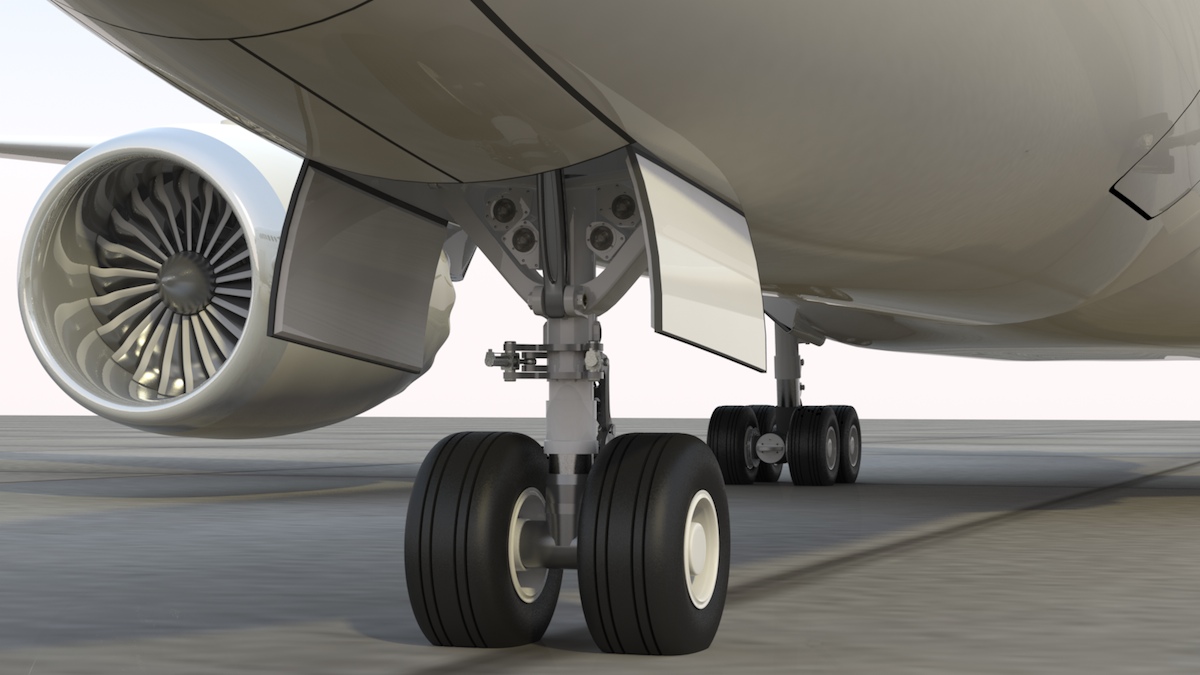 I've added all the manifolds and valves I have documentation for, in preparation for adding the electrical conduits and hydraulic lines. 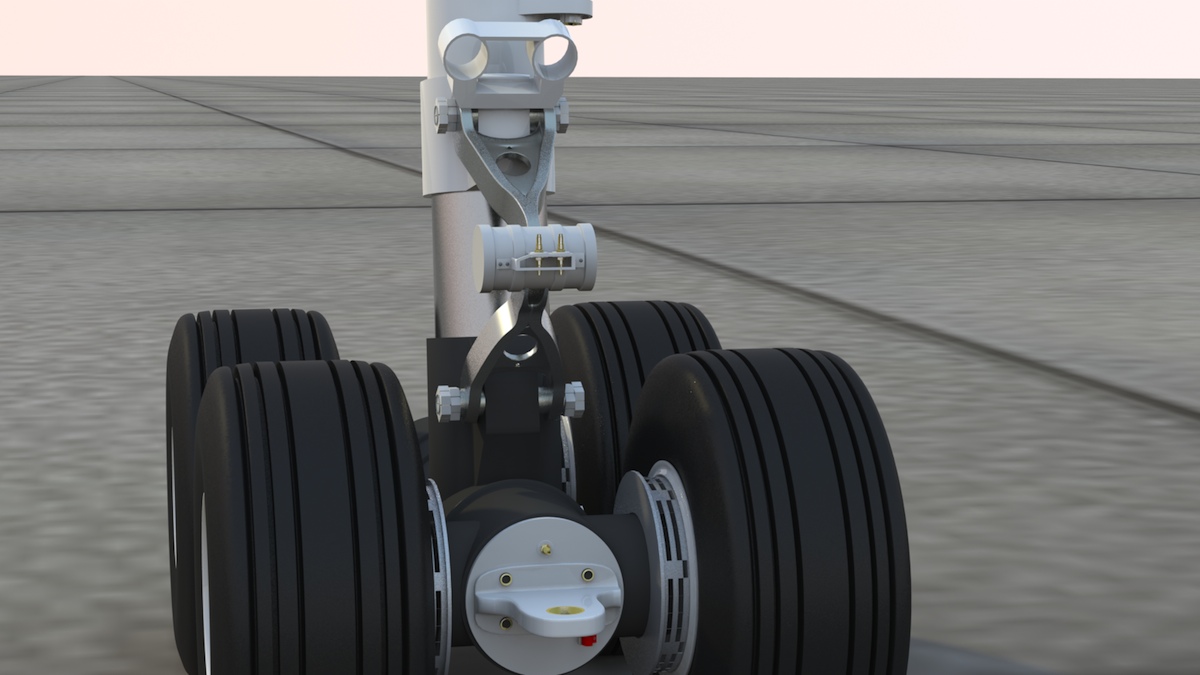 There are still some clamps and brackets to add, but I've installed most of the lines. 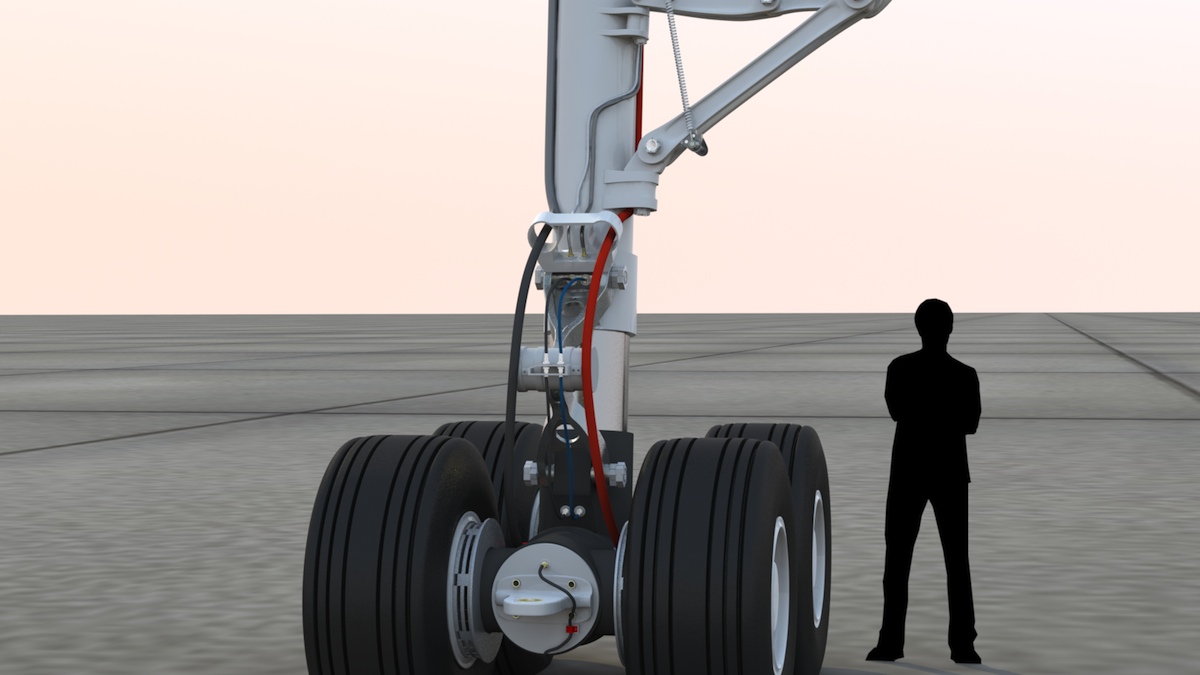 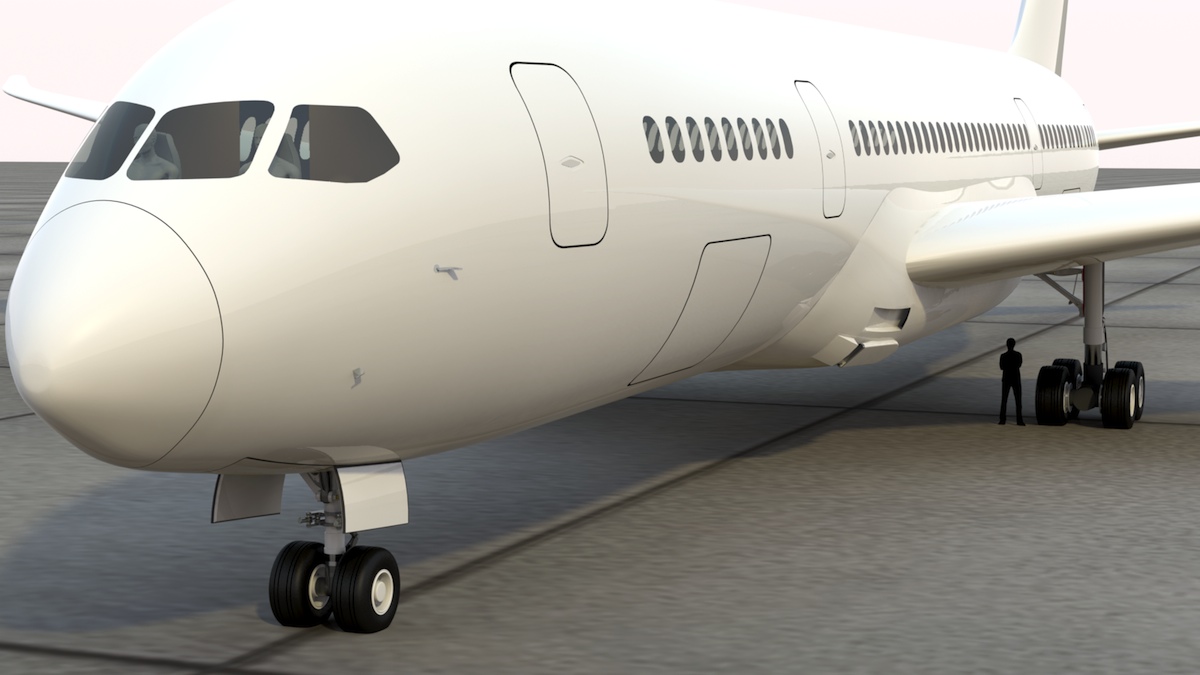 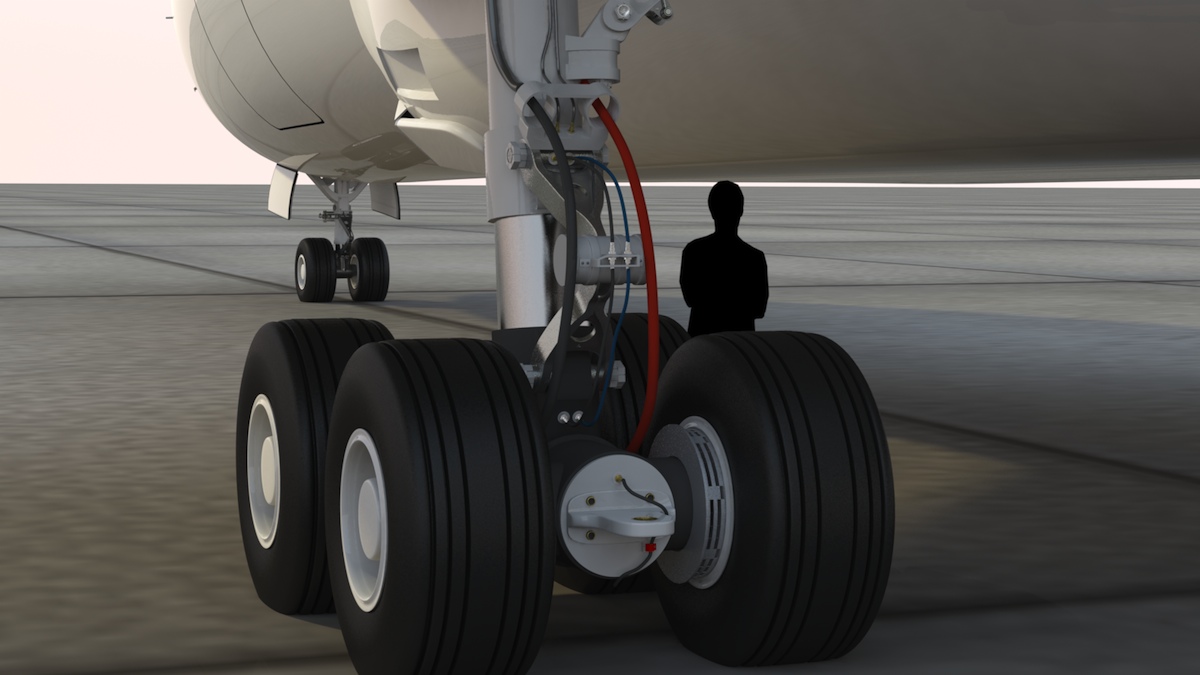 I've cut the openings in both the wings and the fuselage, for the main landing gear bays, and their doors. With those complete, I can now start work on the control surfaces in the wings. 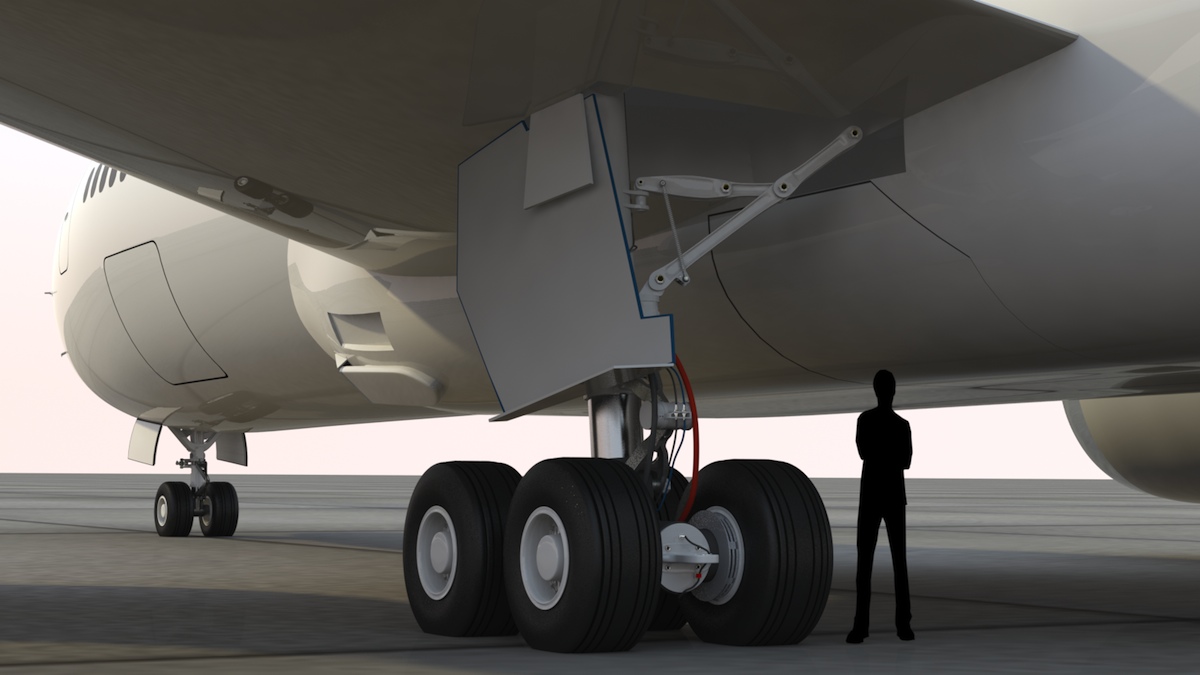 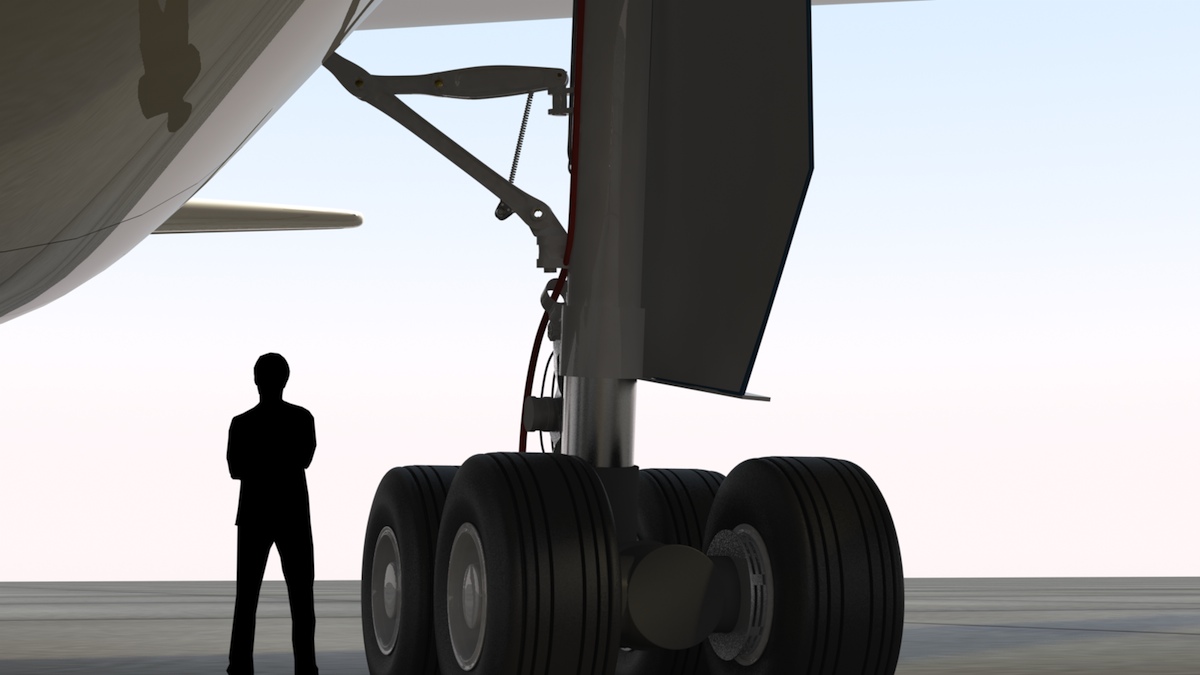