It's typical for me to create "stand-in" proxy parts on a model, then refine them as the documentation improves. In the next few images, the things I've added are the windscreen frame and wipers, intakes and vents on either side of the nose, improvements to the landing gear accuracy. wingtip and tail lights, and the (black) de-icing boots on the wings and tail. 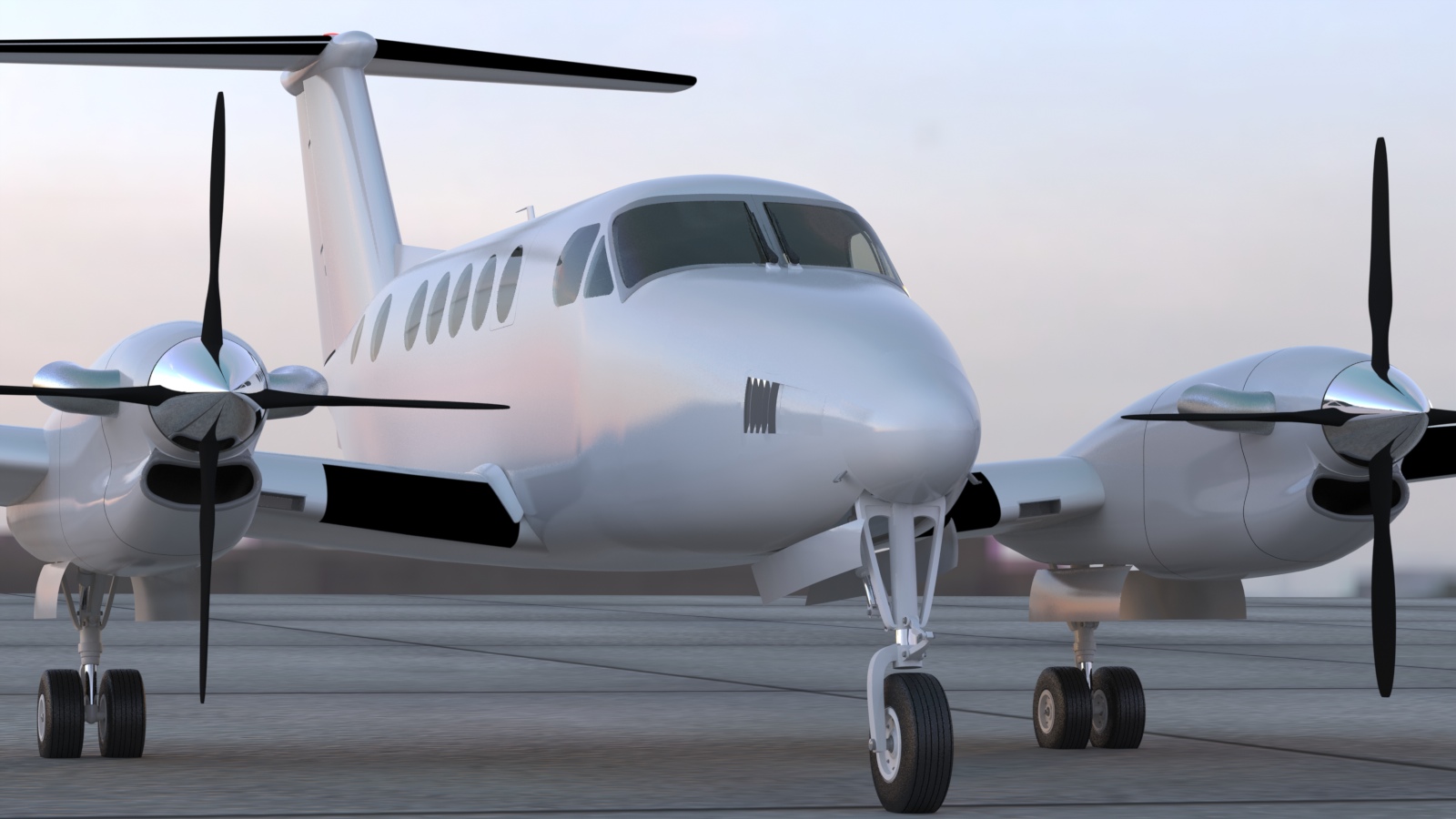 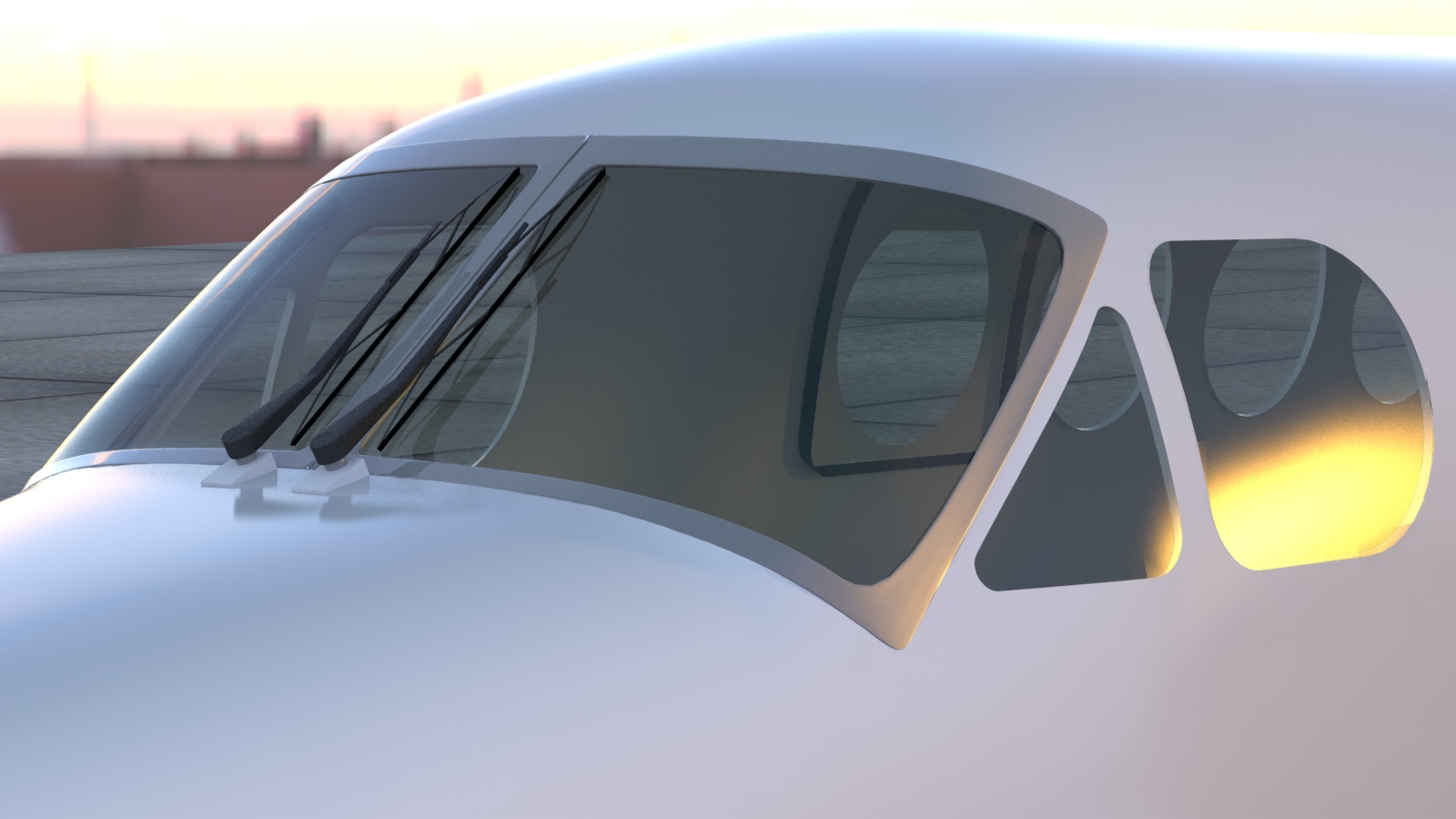 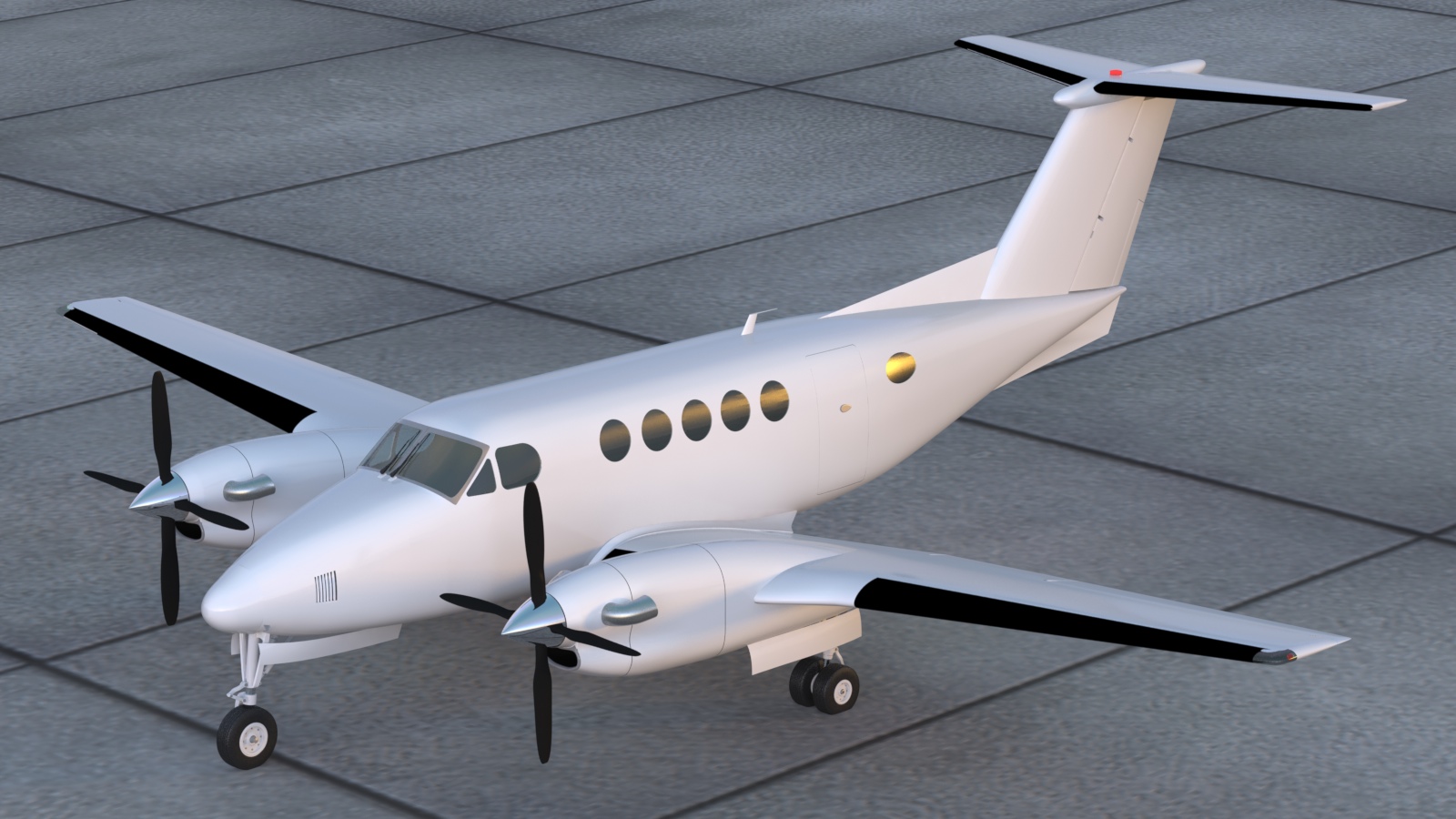 Thanks to this model, I've been lucky to become involved in a series of projects for a company that trains King Air pilots. Although there will be some "beauty shots" like these, the main focus of the project is systems oriented.

First, I'm creating the whole family of King Air aircraft… the B100, B200, B300, B350, C90, E90, and F90. Then, I'll be creating animations of various systems in those aircraft, including fuel, fire control, anti-icing, and others. It's an especially-gratifying project for me, because it will ultimately be part of a training system that helps real-world King Air pilots fly more safely.

All of this work is done under NDA, but later, (probably April of 2010) I expect to be able to show some samples of the images and animations. Until then, the public part of this article will only include aircraft exteriors, and not those systems.

This project is complete, from the client point of view, but I'll be continuing to add detail and realism, over time. This project is covered in great detail in "Modeling with MODO, Volume Two", (Preview page here)


Update: I'll be rebuilding this in Catmull-Clark subdivision surfaces in 2018, with greater accuracy and more detail. Stay tuned...