In early 1996, I was building all the parts to make molds for a 1/6th scale Avanti P180, thanks to the outstanding documentation provided by Mr. Livio Cavini and Mr. Paolo Chiarlone. The kit never went into production, because of the labor costs, but the experience was wonderful, regardless. Later all the math I did on the aerodynamics proved to be an asset on my 1/3rd scale "Berkut".

At the same time, I quit being a 3D programmer, and decided to become a "user", because there was some good 3D software I could afford. That was "Ray Dream Design", and later, "Ray Dream Studio". Today, that software is called "Carrara Studio". So, part of the physical design process with my flying model was to use 3D to visualize it. 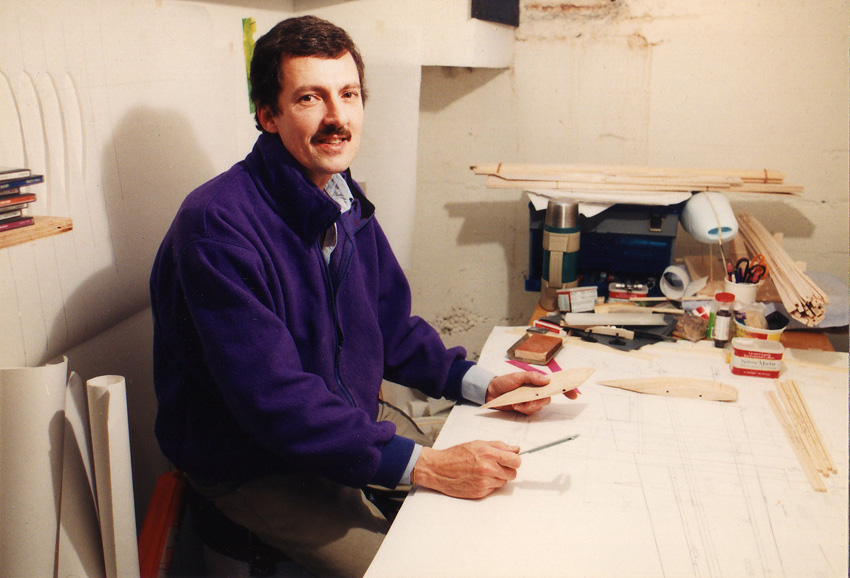 1996 - Armed with great documentation, a forest of balsa wood and fiberglass, and some time off, I started building the parts for my 1/6th scale Avanti. 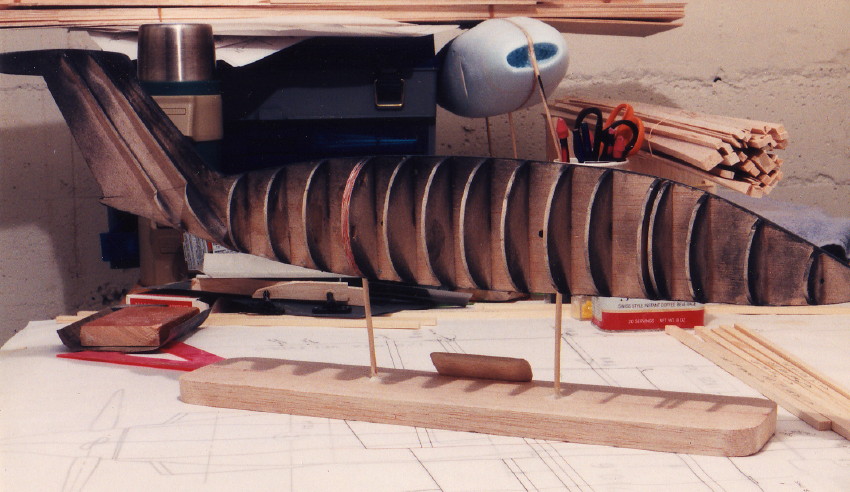 The first thing I did was build a 1/20th scale model, so I had a physical reference to hold, while thinking about the structure. 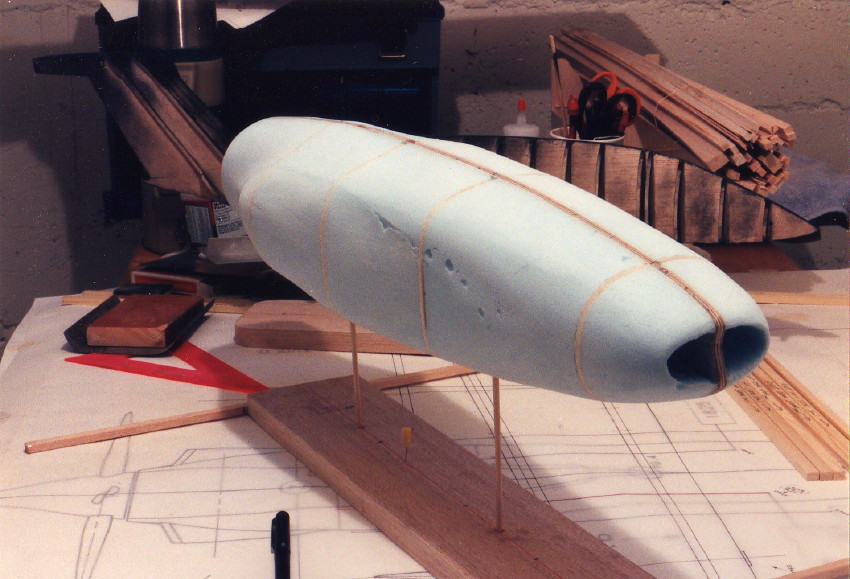 These parts, which would ultimately become male plugs, used to create female molds, were made in a Rutan style, with a minimum of formers, some foam, and later, covered in fiberglass. 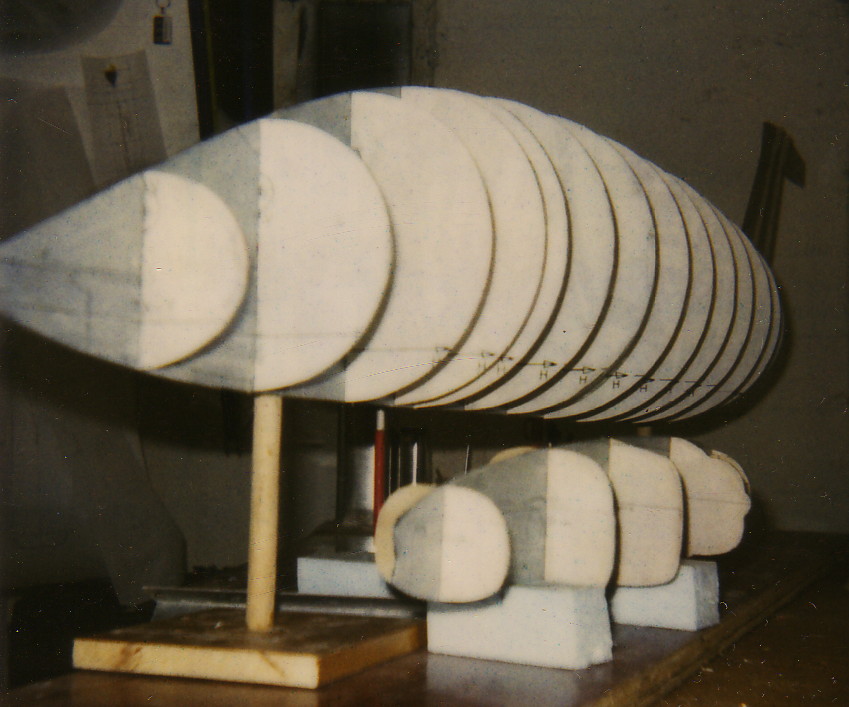 The image here, and the ones below, show the process of building the fuselage, wings, nacelles and tail parts. The model is HUGE, with this fuselage part being about nine feet long. 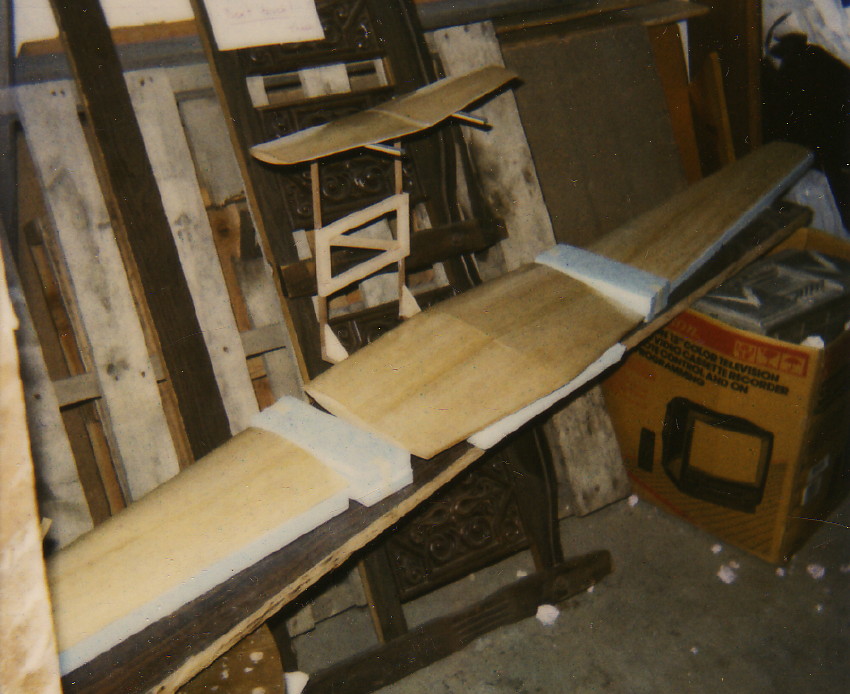 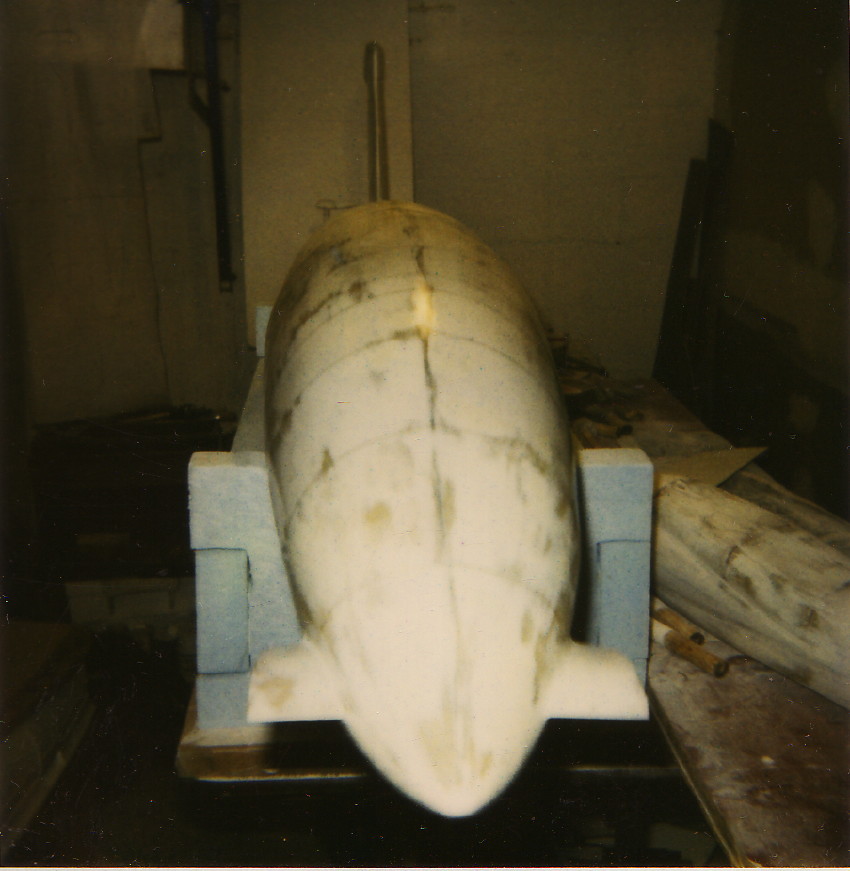 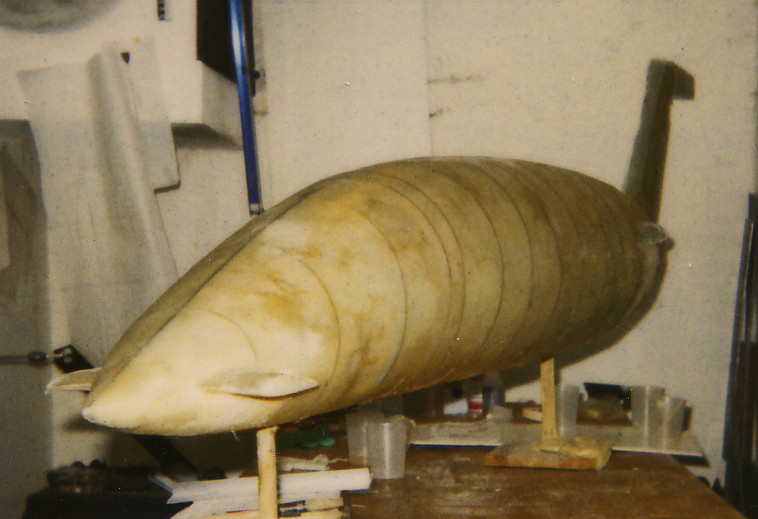 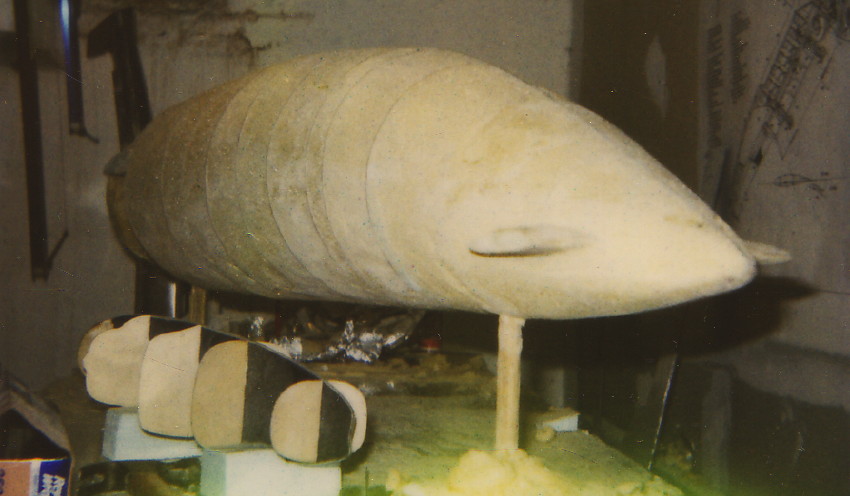 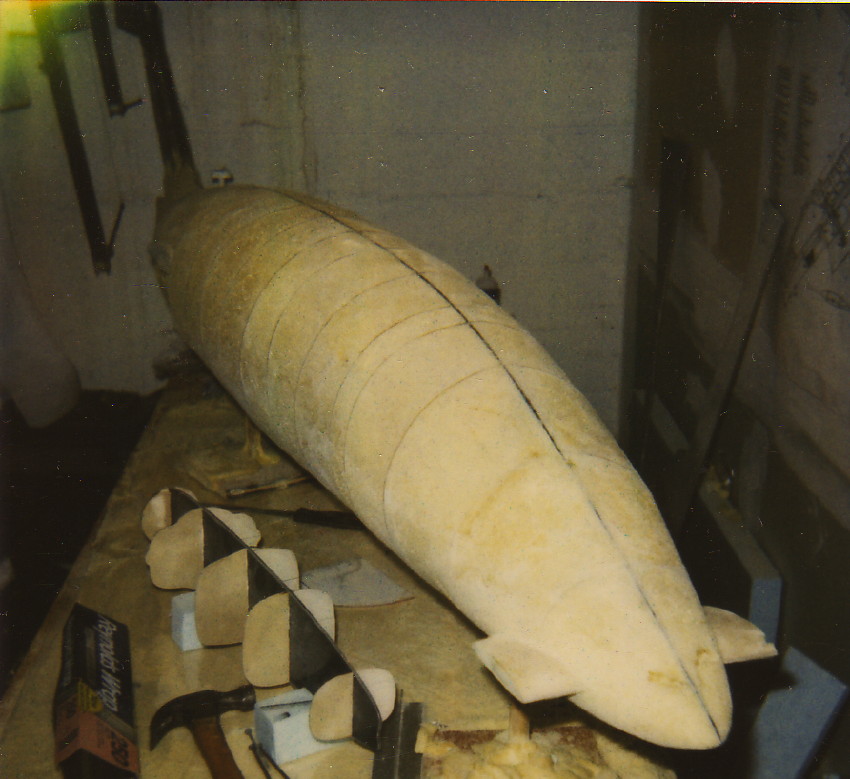 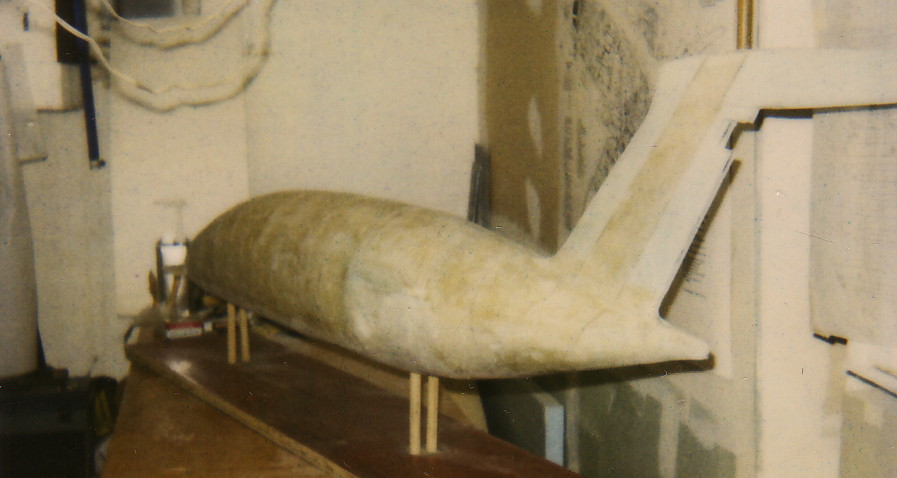 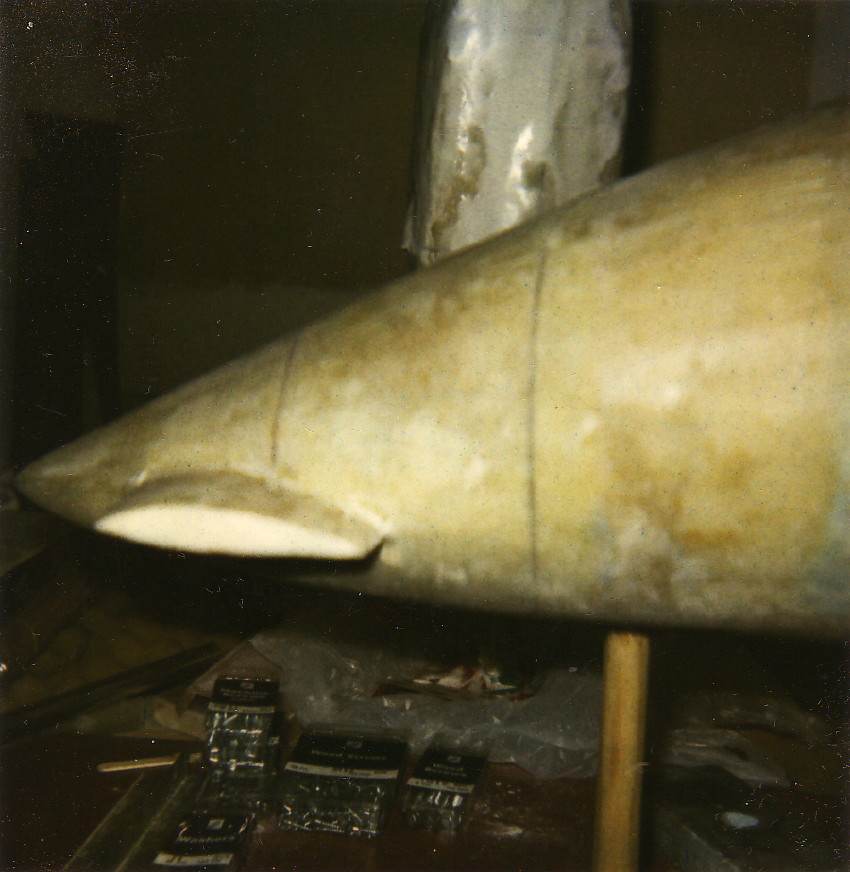 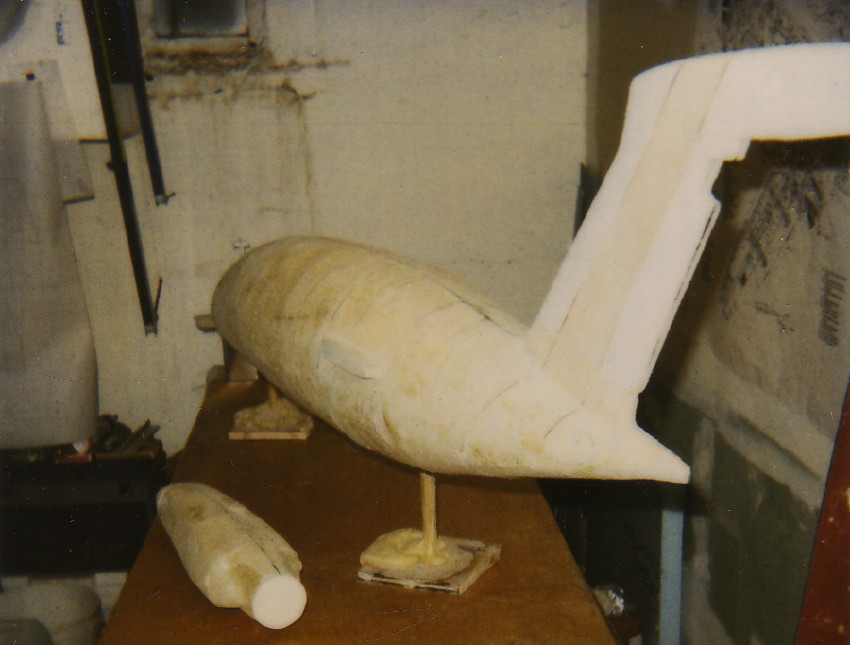 This kit never went into production, due to labor costs. Since that time, I've gotten completely out of fabrication, and now devote my time to 3D design work.