This aircraft is not only a scale exterior model, but, like my Cessna T-50 project, it features a detailed interior structure, cabin and cockpit details, interior and exterior lighting, and rigging of the control surfaces. At this time, this model has about 11 milion polygons, and the file size, (in native .lxo format) including all the images used for textures, is about 60 MB. 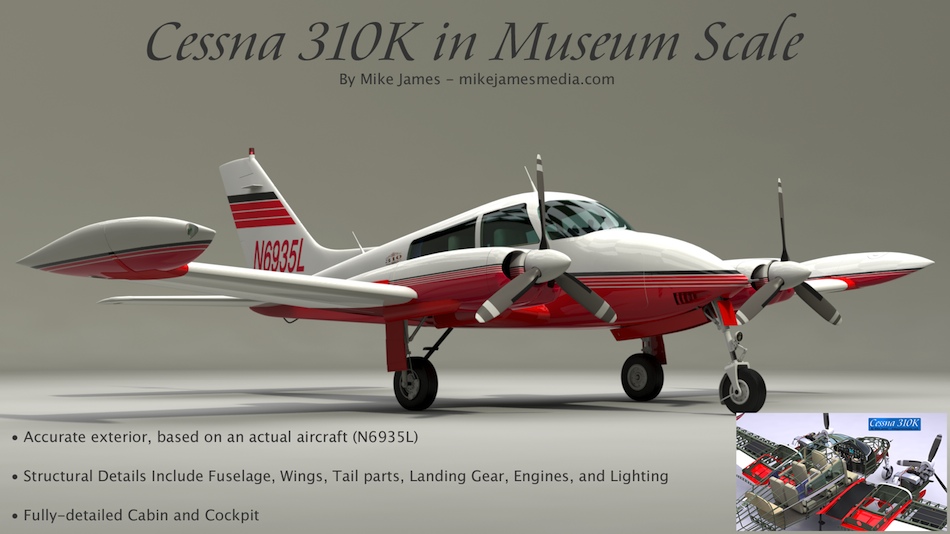 In MODO, animation of everything below is controlled by a "HUD-style" panel with slider controls. These will not transfer properly to all other file formats. However, the centers ("pivot points") should transfer properly, allowing you to rig the model in other applications. 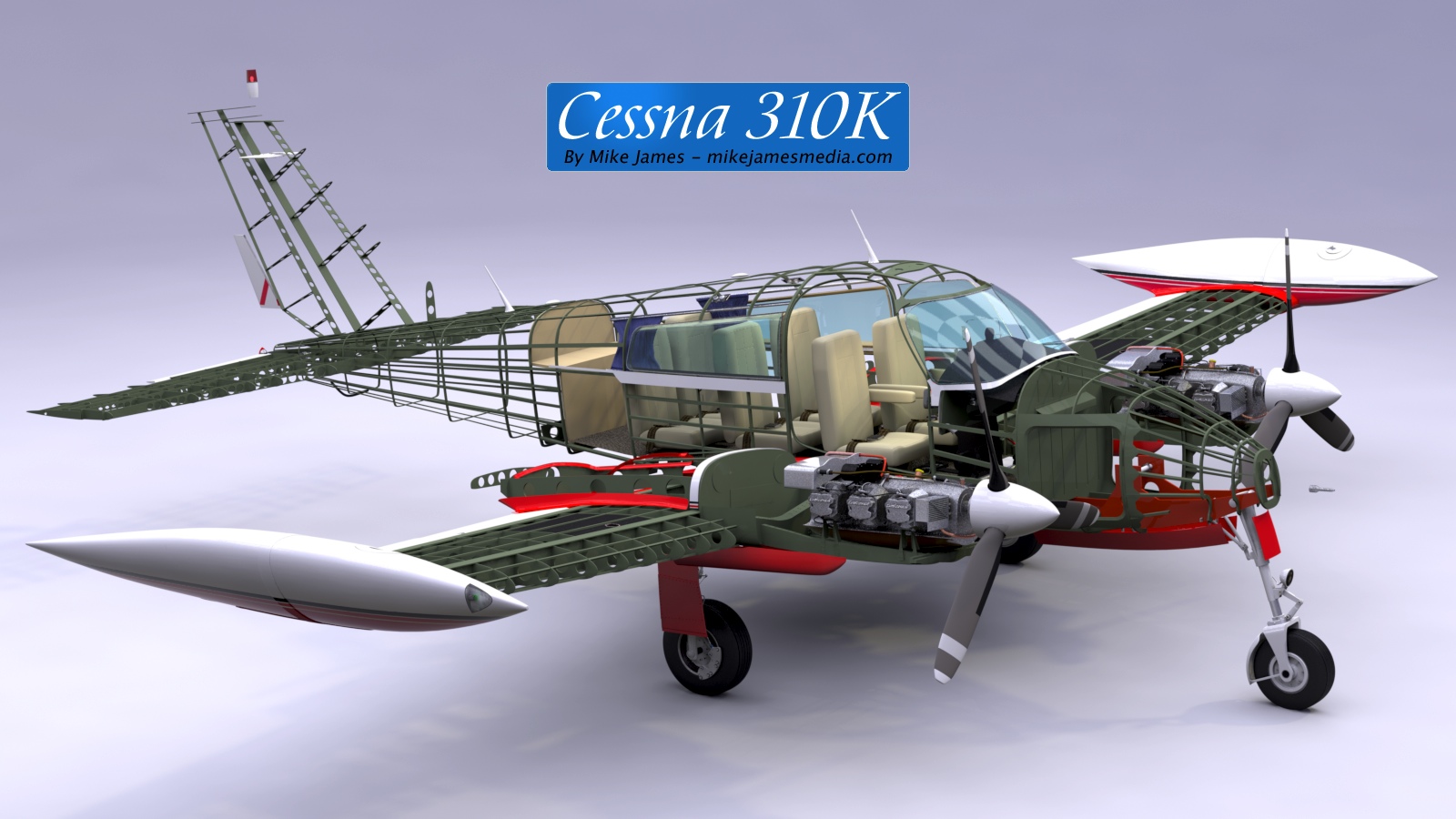 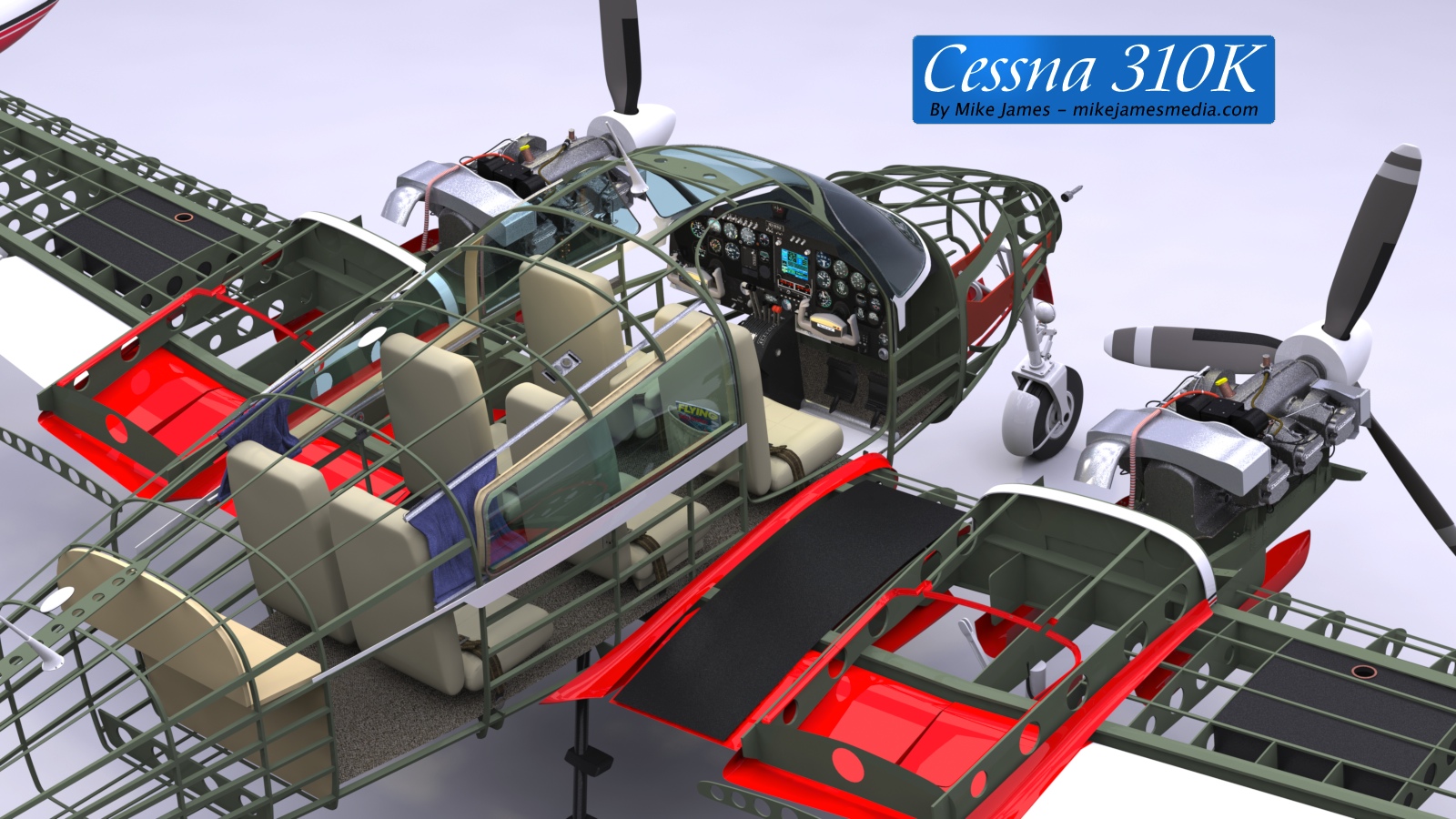 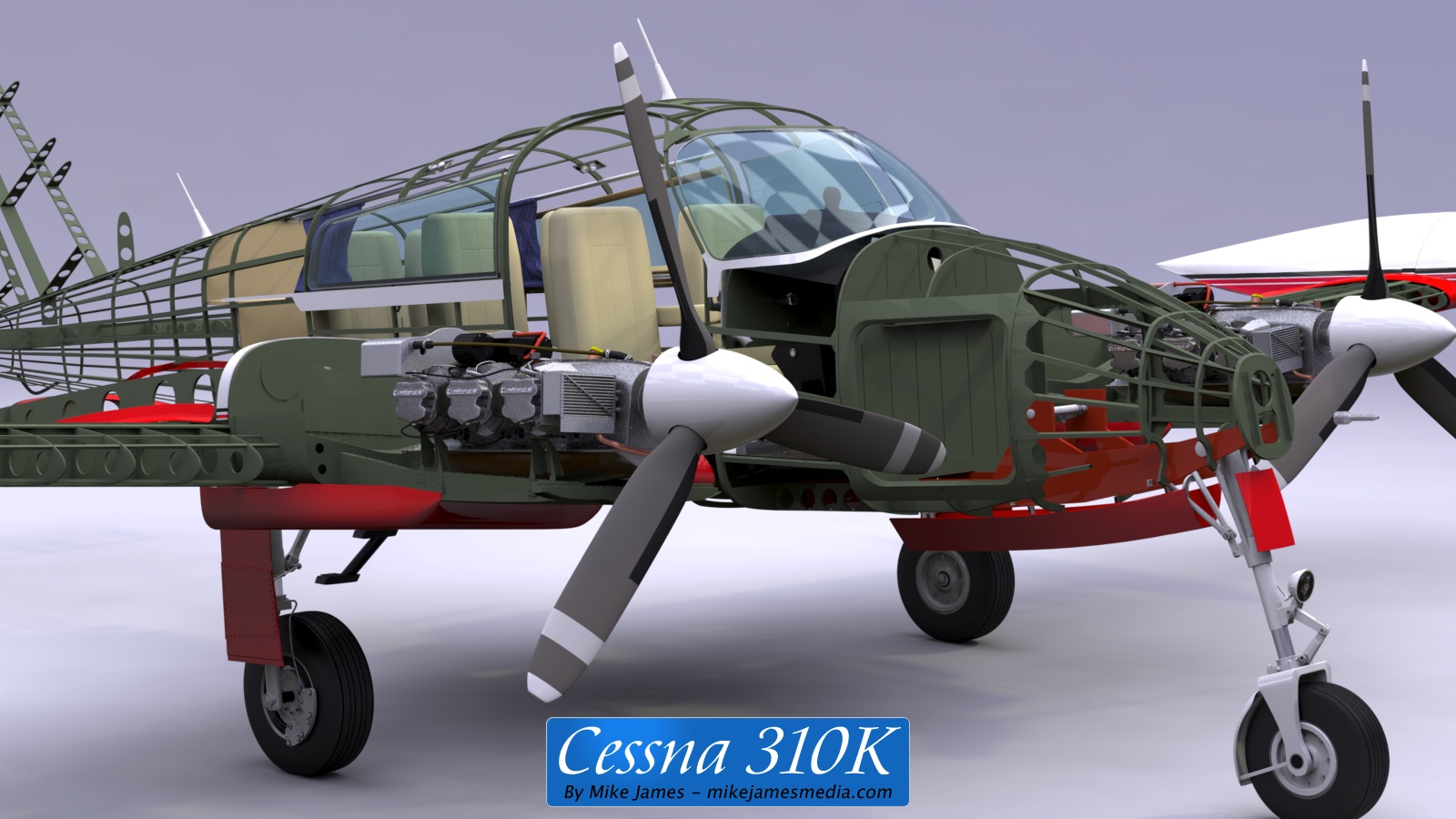 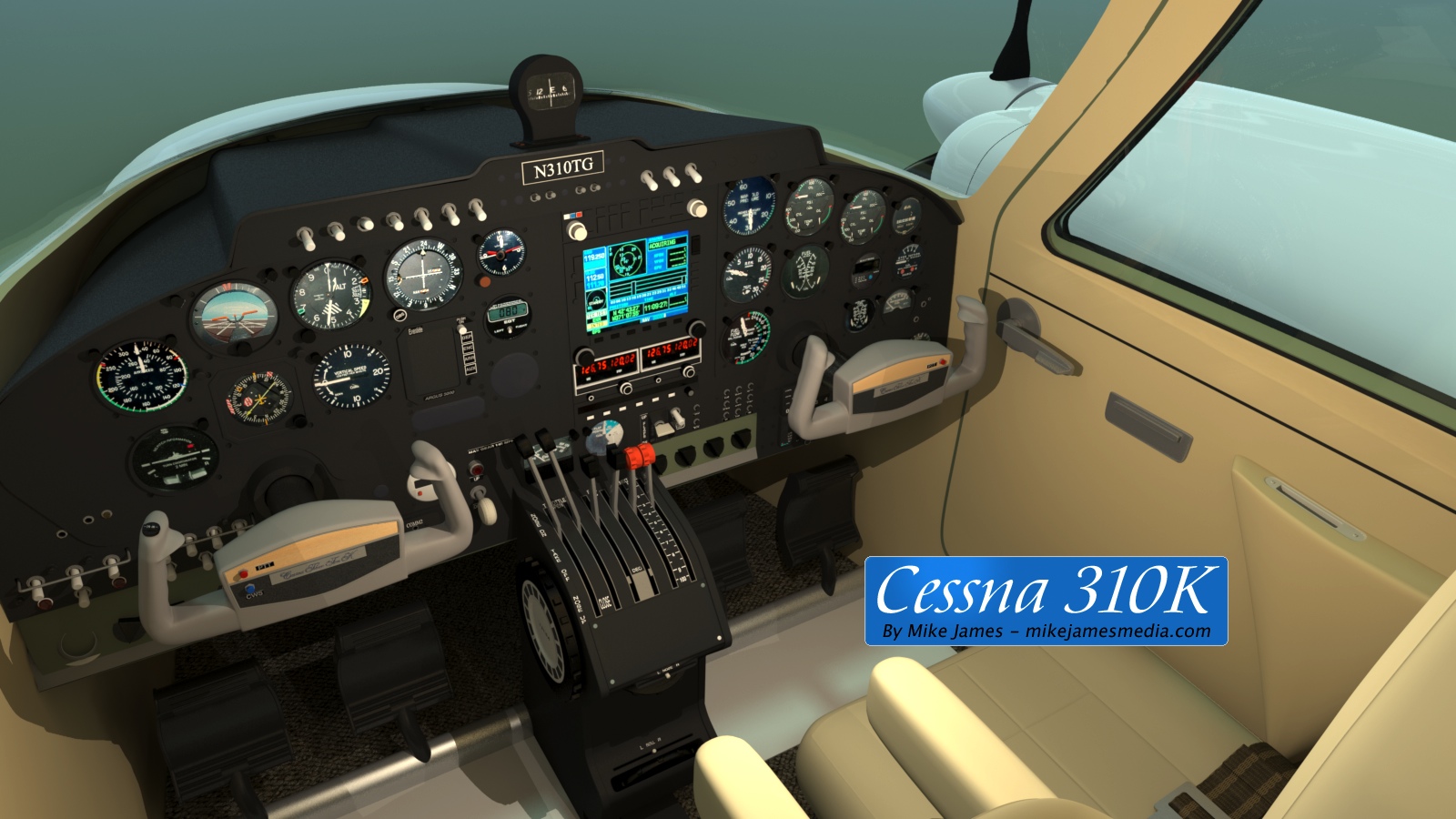 Landing Gear and Flaps in Operation:


Unless otherwise noted, all content on this site is ©Copyright by Mike James - www.mikejamesmedia.com - All Rights Reserved
NOTE: I am not at liberty to redistribute any of the documentation used to build any of the 3D models on this site.